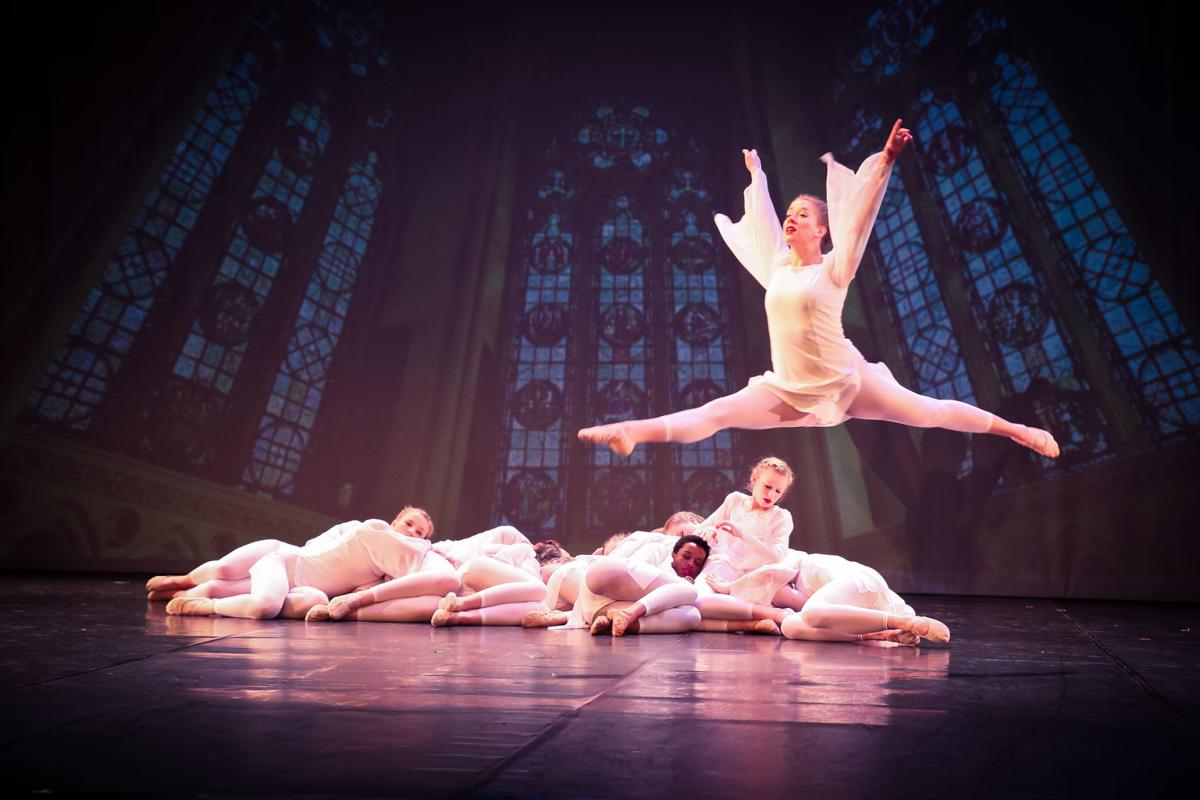 Ballet La Crosse will present its performance choreographed to Mozart’s “Requiem” on March 16-17 at the Weber Center for the Performing Arts. 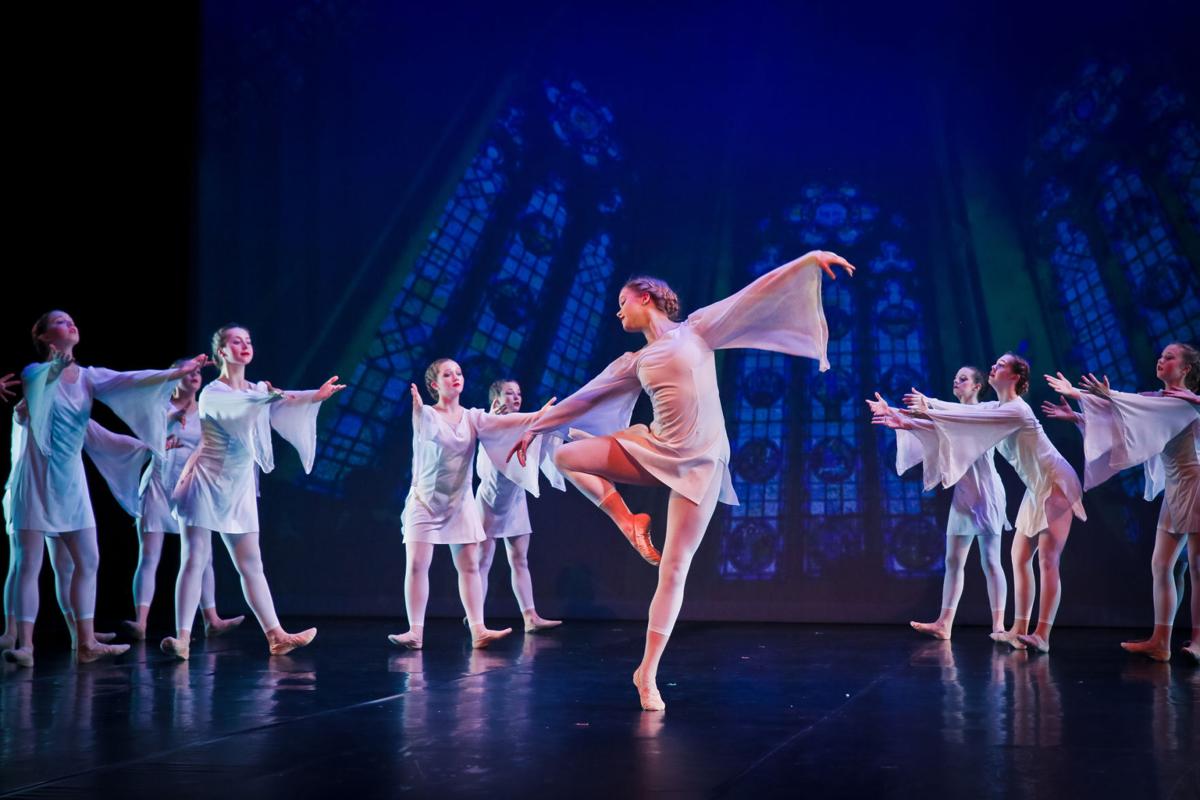 As Ballet La Crosse was preparing its first performance of Kennet Oberly’s choreography to Mozart’s “Requiem,” the great composer’s musical rumination on death, Oberly himself was dying, struggling to convey his ideas for the dance.

Zachary Olson Special to the Tribune

Of all the amazing things Mozart accomplished in his lifetime, he saved one of the most remarkable for the end. He wrote his own requiem.

In 1791, Mozart was hired by Count Franz von Walsegg to compose a requiem: a piece to commemorate the souls of the dead. Von Walsegg liked pretending in his social circles that he had compositional skills, and so paid Mozart to prove it.

But Mozart was already working on two pieces at the time, (not to mention coming down with frequent fevers), and adding von Walsegg’s request to his workload proved to be fatal.

With the requiem a little over halfway completed, Mozart died.

Now flash forward 226 years, and another layer of irony is added to the piece. Just as Mozart composed his own requiem, the late Kennet Oberly choreographed his.

Oberly danced at Stuttgart Ballet and the Houston Ballet, taught dance at the Ballet Met and left that gig to teach at Misty’s Dance Unlimited in Onalaska, founded by Misty Lown.

Lown said she had no idea just how impactful Oberly’s work was. She knew his dance history but it wasn’t until he passed that Lown started receiving emails from dance companies around the world.

“He was just a gentle giant,” Lown said, “He was quiet and content. … He said, ‘I just want to work with kids and create art.’”

But it was no small feat. When Ballet La Crosse started working on Oberly’s piece, he was nearing the end of his life and ALS (Lou Gehrig’s disease) was severely affecting his ability to speak. A ballerina named Olivia spent hours at the hospital working with Oberly, hoping to be able to bring back to the Misty’s Dance Unlimited studio what Oberly wanted.

With word of mouth increasingly difficult, the dancers turned to the video recording of the only other time Oberly’s piece was performed.

Which made the process challenging, according to Lown. When you recreate a dance move-for-move from nothing but a video, all movement must be flipped. It’s like looking into a mirror and thinking you’re waving at yourself with your left hand instead of your right — everything is backwards.

But the group of 12- to 18-year-old ballerinas were able to pull together a performance and translate Oberly’s dance rumination on approaching, and succumbing to, death.

The performance at the Weber Center for the Performing Arts in La Crosse next week will be the group’s second go at it, and dancers were eager to speak on the improvements they’ve made.

“We made it into something pretty amazing,” said Kate Copps, a 14-year-old who’s been with Ballet La Crosse since it started in 2013.

“His whole theme here is on the complexity of death.” she said, “All of Kennet’s pieces have story lines and themes and meanings that, even regardless if they come through to us or the audience, he knows it.”

The piece starts convulsive and chaotic but progresses to unison, mirroring Mozart’s composition. It will feature additional choreography from Amanda Schams and restaging by Alexandra Meier, Dennis Williams, and Larissa Oberly (Kennet’s widow and former principal ballerina from Estonia).

When asked about Oberly’s influence on the group, Copps warned the reporter that she was going to have a hard time talking about it.

“It was so amazing what he could do when he couldn’t speak to us, the other ways he could communicate. And one of those ways was through this piece,” she said, as her tears rolled. “He was such a beautiful soul and every part of him came out in the choreography and everything he did. It was really amazing for us to learn this and do this for him.”

COST: Tickets are $20 for main floor, $16 for balcony, $5 for those 18 and younger. Tickets can be purchased by calling 608-784-9292 or visiting www.webercenterfortheperformingarts.org.

Prince Philip Dies at 99: A Look at His Legacy

Prince Philip Dies at 99: A Look at His Legacy

Dancing under the sea: Ballet La Crosse brings life to 'The Little Mermaid'

Ballet La Crosse will bring a tale of enchantment, heartbreak and the possibility of redemption to the stage as it returns for its fourth seas…

Ballet La Crosse will bring a fairy tale of love and magic to life during its production of “Cinderella.”

Talk about everybody needing to be on the same page: Ballet La Crosse and the La Crosse Chamber Chorale will have to be on twin tempos during …

Ballet La Crosse will present its performance choreographed to Mozart’s “Requiem” on March 16-17 at the Weber Center for the Performing Arts.

As Ballet La Crosse was preparing its first performance of Kennet Oberly’s choreography to Mozart’s “Requiem,” the great composer’s musical rumination on death, Oberly himself was dying, struggling to convey his ideas for the dance.