The Homeland Conspiracy easily could be a footnote today, another in a long line of promising La Crosse area bands that never got traction. The hard-rockin’ quintet formed in early 2011, solidified its lineup by 2013 and was making a big noise before the band went on hiatus a couple years ago, feeling the pull of family and day jobs.

Instead, The Homeland Conspiracy is kicking things into high gear Saturday with the release of its debut album, “Who’s Behind the Eye?” And to celebrate, the band is headlining a five-band show Saturday at The Brickhouse in downtown La Crosse.

“We put it all aside,” singer Scott Seago said of the band’s hiatus. “We just didn’t think people were listening. I don’t feel that way anymore.”

WHAT: Album release concert for The Homeland Conspiracy, with other bands including Midwest Voltage, One Match Fire, SpaceHeaters, This Could Be the Day and emcee Krush Dibiase

The band members got together for a couple getting-to-reknow-each-other rehearsals last summer, thinking they’d concentrate on finally getting in the studio to get the band’s songs on record and maybe play a couple shows over the winter. Word got out that they were together again, though, and when Saliva was a last-minute no-show for The Brickhouse on a Thursday night last August, The Homeland Conspiracy stepped up to play the show.

Playing that show, just their third time getting together after the hiatus, helped light a fire under the band. They landed some opening slots for higher profile rock shows, and a Kickstarter crowd-funding campaign helped pay for recording an album, fanned the flames even more.

“Things have definitely progressed quickly for us,” Seago said. “Kickstarter was a great way to get us back out there. There’s a confidence factor.”

The crowdfunding element also gave the band a sense of obligation to deliver the goods. “It kind of put this different heaviness on it,” lead guitarist Ben Rice said. “We had already tried doing this before and it just came off the tracks. … We’re all about trying to let it happen organically. We learned with this group when we were pushing really hard, it came apart.”

The band worked with Jesse Wolf at his GroundBreaking Sound Studios, and they couldn’t have been happier. “We wanted a really live, raw feel, which we think we got,” said drummer Jim Heiderscheit, who noted that no click track or autotune was used in making the album. “It’s not perfect. It’s not a cookie cutter album. … We’re super proud of it. We think fans of every vein of rock music can find something to like about it.”

From the band’s beginnings, Seago said, The Homeland Conspiracy had a mission: to write songs that had something relevant to say, along the lines of Rage Against the Machine or System of a Down. The idea is to have the band’s music serve as a raucous wakeup call for people to start questioning the system — the government, big business and the media — and their own priorities.

“A lot of that got lost in the hairband era, writing about stuff like their girlfriends. We thought maybe we need to be more direct,” Seago said. “I do think (the band’s music) is a pushback to the powers that be, but it also asks you to take a step back and think objectively.”

Band members, including bassist J.R. Hricinak and Jimbot Shea, said Wolf did a great job of making sure the song’s messages came through loud and clear while capturing the band’s signature sound — aggressive rock tinged with punk and metal influences with Seago in full howl over the top.

“I thought some of it would get lost in translation, honestly. It turned out better than we expected,” Seago said. “Jesse does a fantastic job of giving you the sound you want.”

Key to the band’s sound are the powerhouse rhythm laid down by Heiderscheit and Hricinak and the twin-guitar attack of Rice and Shea, but it’s Seago’s toe-curling vocals that kick things up a notch. Band members say he has a gift for sounding like just about any singer he wants, but it’s only in the past five years that he’s locked down his own signature style with the band’s original songs.

“He is one of the most talented singers around. His vocal range is crazy,” said Heiderscheit, who plays in an acoustic trio with Seago and guitarist Daniel Kaczorowski called AKA (Acoustically Known As). “He’s super soulful. He’s a deep human being.”

Onstage, Rice said, Seago reaches out and grabs people’s attention like few can. “Scott is the consummate front man. He is out there,” he said. “He’s like an angry David Byrne.”

For Saturday’s album release show, the band will perform the full eight-song “Who’s Behind the Eye?” album, which is available on CD and vinyl and includes a lot of songs fans of The Homeland Conspiracy have heard over the years, including “River Killer,” “Freedom,” “Bodysuit,” “Bailout,” and “Net Worth.” The band also will do four or five new songs from the album’s worth of new material it’s itching to record, probably this year.

“We basically have the followup album written,” Heiderscheit said. “We love the songs (on the album), we love playing them, but we’re ready to start playing the new stuff.”

Members of The Homeland Conspiracy are just about as excited about the band lineup for the album release show — Midwest Voltage, One Match Fire, SpaceHeaters, This Could Be the Day and emcee Krush Dibiase — as they are about celebrating their debut album.

“All those bands are so good,” Heiderscheit said. “We are super proud of that lineup.”

Nick Cordero, a Broadway actor who had admirers across the world rallying for his recovery, has died after a battle with COVID-19, his wife Amanda Kloots said.

Naked men and drunks: England assesses the reopening of pubs

LONDON (AP) — It seems to have been more like a typical Saturday night than a drunken New Year's Eve.

NEW YORK (AP) — Tony Award-nominated actor Nick Cordero, who specialized in playing tough guys on Broadway in such shows as “Waitress,” “A Bronx Tale” and “Bullets Over Broadway,” has died in Los Angeles after suffering severe medical complications after contracting the coronavirus. He was 41.

LONDON (AP) — Johnny Depp's lawyers have failed to stop the American actor's ex-wife, Amber Heard, from attending his libel trial against the British tabloid newspaper The Sun until she is called to give evidence.

In Jim Carrey's new semi-autobiographical novel, "Memoirs and Misinformation," there are flying saucers and a fire-bombing on Rodeo Drive, apocalyptic fires devouring Malibu and a mega-budget Hungry Hungry Hippos movie written by Kenneth Lonergan. One moment, "Carrey" dreams of strangling his late mother; the next, he pines for Renee Zellweger ("his last great love") and challenges Nicolas ...

We’ve had to say goodbye to some beloved musicians, athletes, actors and more. Here's a look at the stars we've lost so far in 2020, through June.

AP Exclusive: Prince Royce gets a wake-up call with COVID-19

NEW YORK (AP) — Bachata singer Prince Royce says he got a wake-up call with a COVID-19 diagnosis and now he wants to try and wake others too.

LONDON (AP) — A British judge on Thursday rejected an attempt by tabloid newspaper The Sun to quash a libel suit from actor Johnny Depp over an article claiming he abused ex-wife Amber Heard.

Overture (From "The Hateful Eight" Soundtrack)

Overture (From "The Hateful Eight" Soundtrack) 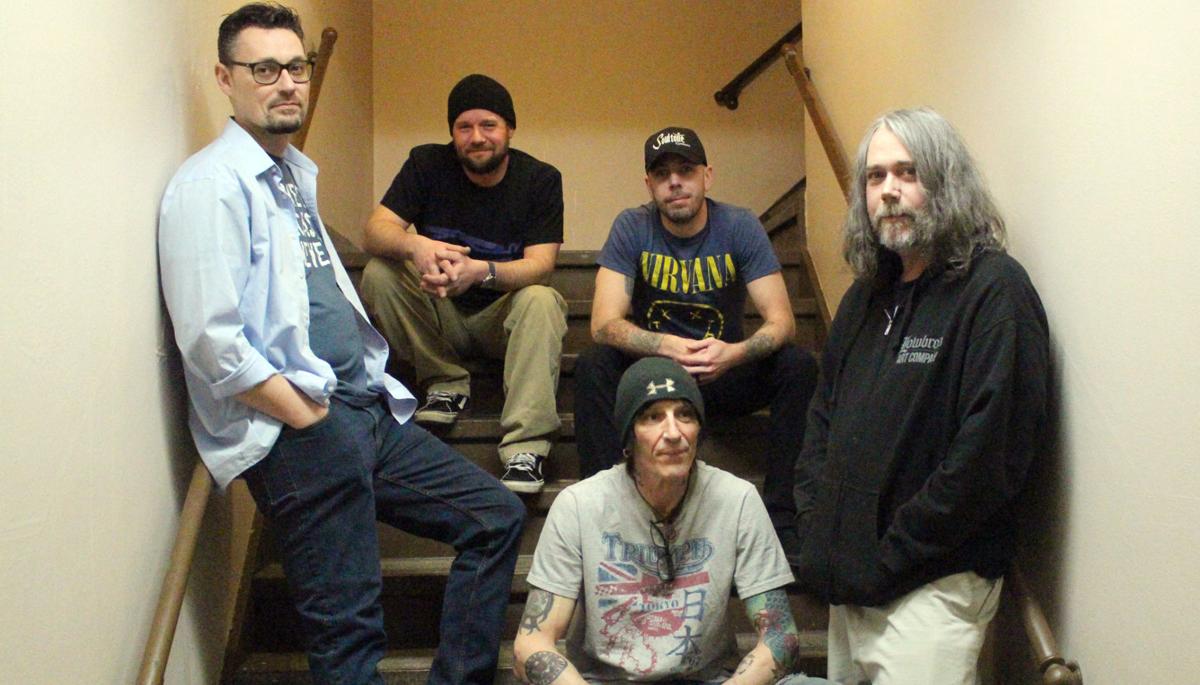 Members of The Homeland Conspiracy, which celebrates the release of its debut album with a show Saturday night at The Brickhouse, include, from left: front, Scott Seago, J.R. Hricinak, Jimbot Shea; back, Ben Rice and Jim Heiderscheit. 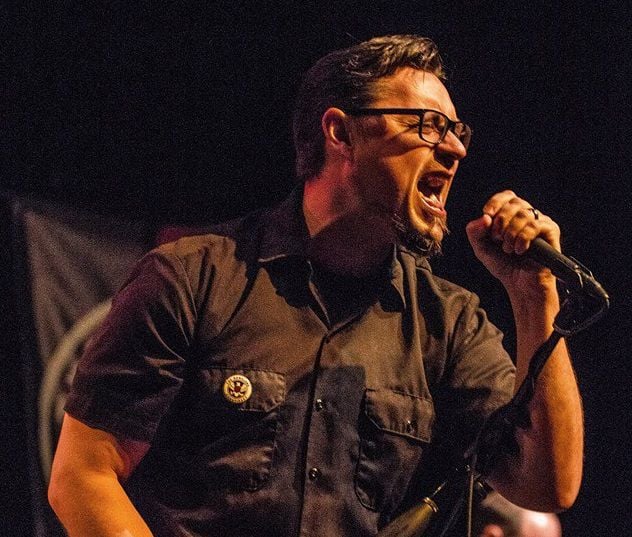 One bandmate describes Scott Seago, singer for The Homeland Conspiracy, as "the consummate frontman."