The juxtaposition of old and new in the beer world is significant, and it is hard sometimes to tease out the difference between showmanship and pure, unadulterated substance.

Despite this dichotomy, and the insane amount of incredibly god-awful liquid, there does still exist an abundance of really well-made beer.

King Street, right off the Square in Downtown Madison, is a showcase for this coexistence of old and new in the beer world. Great Dane Pub & Brewery, brew pub role model and path paver, has been around since 1994. I would be shocked if there were a Madisonian who hasn’t set foot in one of its brewpubs. On the other hand, Young Blood Beer Co. is coming up on its second anniversary and seems to have more of a niche following.

I spent so much time at the Great Dane Pub as an undergrad and then later in life as a young beer industry professional.

It was the fun, safe space I talked about when I moved to Milwaukee only to find someone whose love for Black Earth Porter rivaled my own. It was the beer mecca I wanted to show off to all my industry friends from St. Louis during Great Taste of the Midwest. And it was always on my to-do list for people — beer drinker or not — reaching out with regards to where to go while in Madison.

The Great Dane on the Square has it all: ambiance in a dimly lit basement dining room, pub charm in the main dining area, entertainment for hours in a boisterous pool hall, a charming, off-the-beaten-path patio, delicious food, cask beer and a full bar for those not digging the beer thing.

Perhaps it is the exhausting, constant state of I-have-to-try-something-new-every-time-I-drink-beer that has pushed me to rekindle my love I had for this space before leaving for so long. Perhaps it’s the need to revisit the familiar after so much unpredictability.

As I saddled up in that very familiar pool hall with my cask pour of one of Madison’s finest — the one and only Black Earth Porter — so much came to me all at once.

It is delicious and exactly as I had remembered. An aggressively roasted malt character with bitterness akin to a cup of black coffee and a bar of baker’s chocolate hit right up front and linger on the palate for a substantial amount of time. However, after each exhale, nuanced flavors of anise, dried fruit and molasses emerge. This is what beer should taste like.

The robust flavor profile is properly executed atop a dry, medium-bodied liquid. Due to the nature of being poured via a hand pump, each sip requires a simple mouth swish before swallowing to really enhance the complexity. Again, just as I remember.

Up the street, the brew pub of new is a complete contrast to its Capitol Square mainstay neighbor. There exist no Landmark Lights nor Crop Circle Wheats nor cask beer. A charming pub atmosphere it is not.

Young Blood is trendy and hazeboi and girl approved. The draft list is inundated with hazy double IPAs, sour beer with all the fruits and other adjuncts. The music is loud but not unwelcoming as it is obviously part of the experience.

Young Blood’s taproom is beautiful. Small, a ton of natural light up front that blends with dim, ambient light toward the back, full of real plants and an open floor to peer down on the newly added oak fermenting and aging vessels called foeders. To be completely blunt, it is sexy. It is beer 2022.

Scientific Wild Guess is as hip and as 2022 as the taproom, as is every beer name on the draft list. This hazy IPA is a true juice bomb in pure New England-style fashion — not my favorite style considering I am a West Coast IPA gal myself who prefers hop bitterness and high carbonation in my hop-forward beers. This beer is opaque and dank with tropical fruit aromatics, as the style would suggest.

The stars of this beverage are the ridiculous amounts of Amarillo, Callista and Ekuanot Lupomax hops with which it’s dry-hopped. All hop flavor and aroma, very little residing bitterness. It’s a touch cloying on the palate, but most New England-style IPAs are. It’s a common occurrence with little bittering balance and a lot of vegetal matter from all the hop additions.

And these aromatics: Pineapple, passionfruit, lime zest and melon all caress the nose every single time your glass gets close to your face. It’s like opening a bag of Tropical Starburst candy with just a smidge of grassiness. Thank you, bajillion dry hops!

Sweet peach and mandarin orange flavors dominate the tasting profile while a medium-bodied, low carbonated, juicy texture conjures the question of whether this is the perfect breakfast beer. Again, not my typical pursuit, but I can see its place in the broad world of beer. And I absolutely understand its place in getting people comfortable with “hoppiness.”

Young Blood has provided the perfect space for adventurous beer drinkers perpetually seeking out something new and on trend. Beer purists can rejoice with the occasional classic style making its way on draft here and there; always well-made and usually traditional enough to keep even the most conventional of beer drinkers sticking around for a second — so long as they can do without the old school, pub-like atmosphere and loud noise.

These two places exist side by side. They are so different yet so very much the same. Beer has evolved. It has changed immensely, for better and for worse. Gimmicky nonsense has become the trend driver and for many businesses, passion has been thrown to the side just to make a buck.

There is a place for all good beer, both within the confines of old reliable and new and hip. We just need to ensure that good product is curated from substance and not show. My hope is if you can create really great beer and cultivate a culture that nurtures the camaraderie that once used to exist in this industry (I think?), the new craft beer wave will see a meaningful balance of old and new, tradition and hype, substance and showmanship.

The relaxing vibes of Saturday are coming to a beer brand near you, courtesy of Young Blood Beer Co.

Beer Baron: A requiem for a pillar of Wisconsin craft beer

Ale Asylum, the brewery that led Madison into the craft beer era as we know it, is closing. 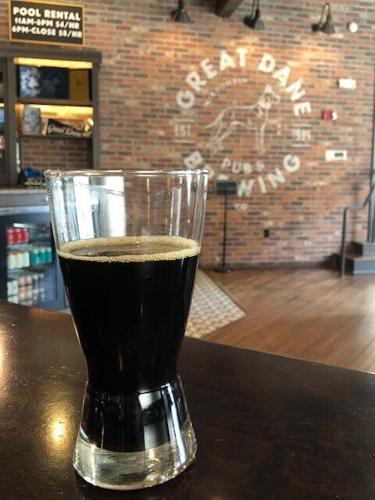 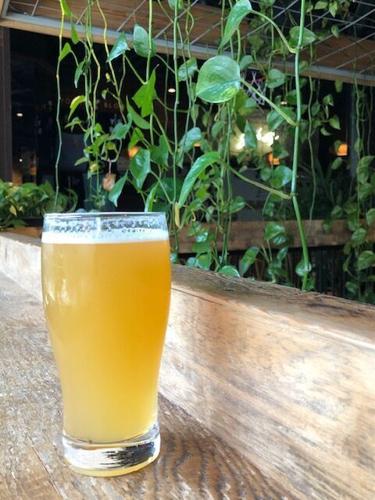