BURLINGTON — In their younger days, Ryan and Joe Benkendorf both worked as bartenders at John’s Main Event.

Both brothers got to see the classic small-town tavern filled with friendly faces, as customers lined up inside 556 N. Pine St. for a cold beer after work or for the Friday fish fry.

So, when the brothers decided to go into the tavern business together, they knew exactly what they wanted.

Now, the business partners have purchased Burlington’s popular bar and grill. Together, they are making plans to upgrade the establishment while also maintaining the institution it has become.

Longtime customer Paul Thomsen said he is confident that his favorite watering hole will remain a fixture in the community for many years to come.

The Benkendorf brothers plan to close the doors for about two weeks next month to complete a makeover of John’s Main Event as part of their effort to bring the place up to date.

New bar stools, new flooring and new menu selections will not change the underlying mission, the brothers said, of giving Burlington residents and visitors a chance to relax and enjoy themselves.

“We want a fun place for people to hang out,” Joe Benkendorf said. “We want people to walk out feeling better than when they came in.”

The establishment at 556 N. Pine St. in the heart of Downtown Burlington, has been a tavern for decades. While certainly not the city’s only bar, the 150-year-old building has its own distinctive history.

Burlington Historical Society records show that in the early 1900s, Joseph Rittmann operated a saloon there called Joe’s Place. The business later was known as Luhn and Runzler’s, then Caesar and Jim’s, and then Caesar’s tavern.

The business briefly went by Uptown Tap before it shut down in 1983. A new owner, John Puntillo, purchased and reopened it in April 1984 under the name John’s Main Event.

Puntillo would operate the business for 38 years, enjoying enough success to pay for college for all three of his children — Paige, John and Leo Puntillo.

“It’s been great to me over the years,” he said.

Now 72 years old, Puntillo decided to retire, partly because of disruptions caused by the COVID-19 pandemic. He voiced confidence that the Benkendorf brothers will do well in preserving the place and continuing the tradition.

Both brothers picked up more experience in the bar business elsewhere, after each spent time pouring drinks at John’s Main Event.

Joe Benkendorf, a 1999 graduate of Catholic Central High School, moved to Madison and helped an uncle run a pub there for several years starting in 2012.

Ryan Benkendorf, who graduated from Burlington High School in 2002, owned a bar in Burlington called Benderz for about five years before selling the place, now known as Lucky Mojo’s.

He grew tired of the young and rowdy crowd that Benderz tended to attract. He wanted a more relaxed place for older adults and families — like John’s Main Event.

“This place has got a whole different vibe,” he said. “It’s more my style.”

After waiting several years, the Benkendorfs got the word that Puntillo was finally ready to sell. The deal was completed on March 1.

The brothers were happy to discover that key personnel Amanda DePatis and Mike “Shaggy” Wiemer both were willing to stick around.

DePatis said she is happy to be making a fresh start with the Benkendorfs. Improvements that she had been wanting to pursue for years, she said, the brothers are eager to consider.

“It’s been a healthy mental change,” she said.

Wiemer, who has worked for Puntillo almost since the day Main Event opened in 1984, said he plans to continue with the new owners for about five years before his own retirement. Wiemer said he feels an obligation to help usher in the tavern’s new era.

“I just feel responsible,” he said. “I’m part of this joint.”

The brothers made quick work of some immediate upgrades, replacing old beer lines and expanding the number of beers on tap. The new selection includes a brew from Burlington hometown brewery Low Daily.

They also plan to streamline and upgrade the food menu, to offer live music in the outdoor beer garden, and to become more involved in community events.

They have not decided whether to change the John’s Main Event name.

After letting their careers take them elsewhere, both brothers are enjoying a sense of satisfaction with their homecoming in the place where it all began for them.

“I’m having a blast,” Joe Benkendorf said. “This is our place.”

IN PHOTOS AND VIDEO: “Leprechaun & Lederhosen” Beer Run in Somers on Saturday, March 12, 20\22

The relaxing vibes of Saturday are coming to a beer brand near you, courtesy of Young Blood Beer Co.

The food, drink and beer menus are full of so many great choices, you'll be planning your next trip before finishing your first meal.

Beer Baron: A requiem for a pillar of Wisconsin craft beer

Ale Asylum, the brewery that led Madison into the craft beer era as we know it, is closing. 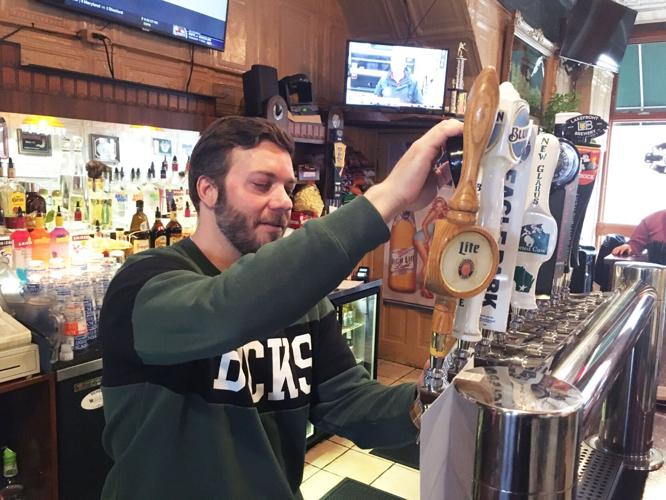 Ryan Benkendorf, one of the new owners of John's Main Event, pours a beer from an expanded selection of beers on tap inside the historic Burlington bar and grill that he purchased in partnership with his brother, Joe Benkendorf. 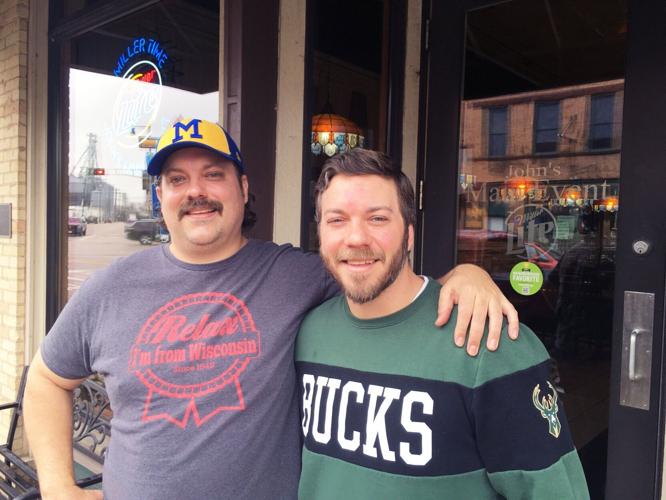 Joe Benkendorf, left, and his brother, Ryan Benkendorf, enjoy a moment outside John's Main Event, a tavern in Downtown Burlington, which they have purchased after years of planning and hoping. 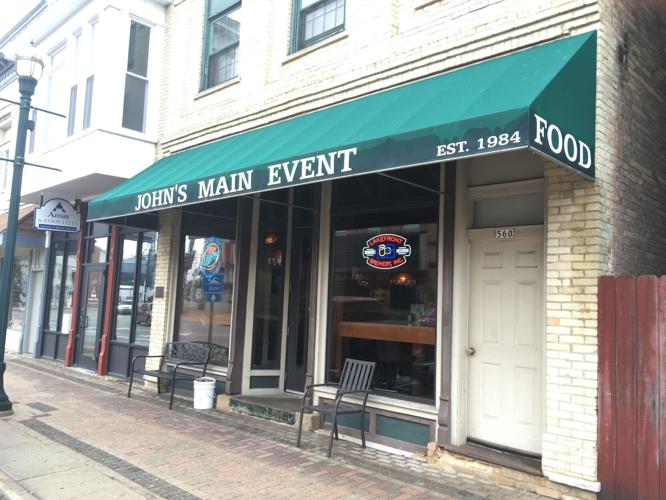 Located at 556 N. Pine St. in Burlington, the tavern currently known as John's Main Event has a history going back to the early 20th century, at least, as one of the community's well known saloons. 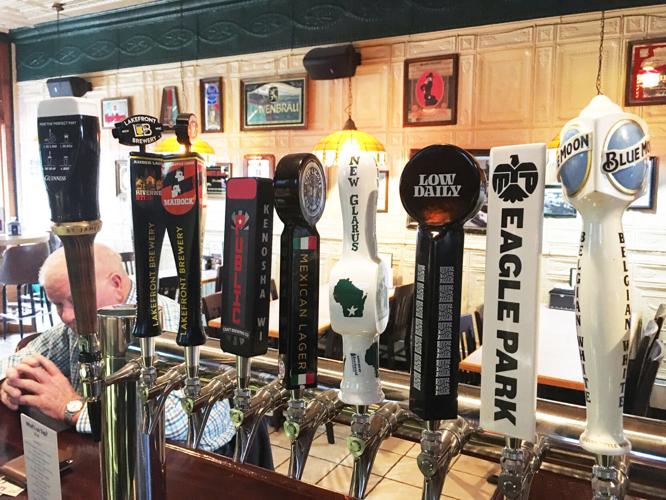 Under new owners Ryan Benkendorf and Joe Benkendorf, the beer tap selection at John's Main Event in Burlington has grown to include a selection from the hometown brewery known as Low Daily Beer.