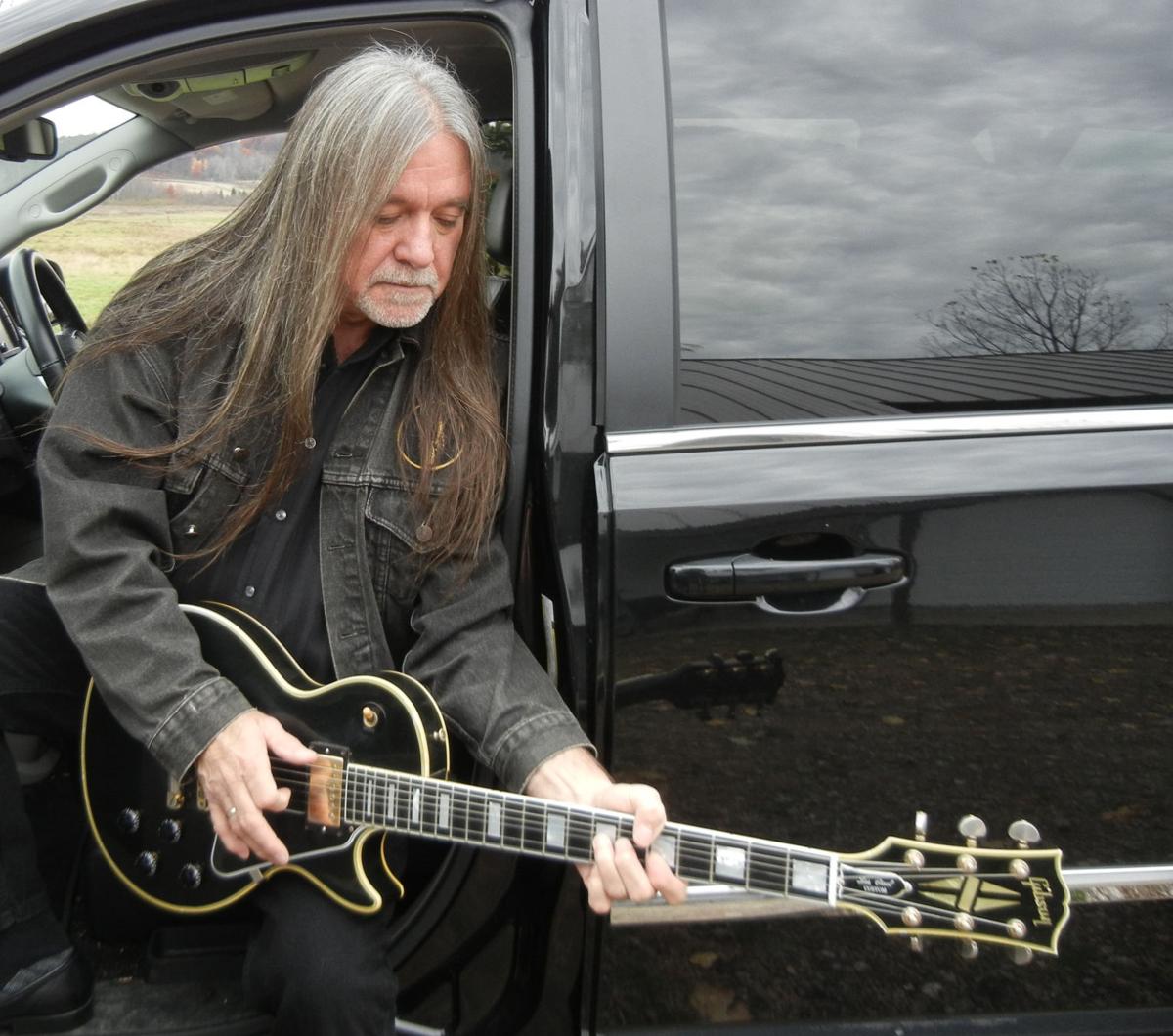 Howard “Guitar” Luedtke’s most recent album, “Goin’ to Alabama,” was recorded with his childhood guitar hero, Travis Wammack, and he’s expecting to release a follow-up album working with Wammack early next year. 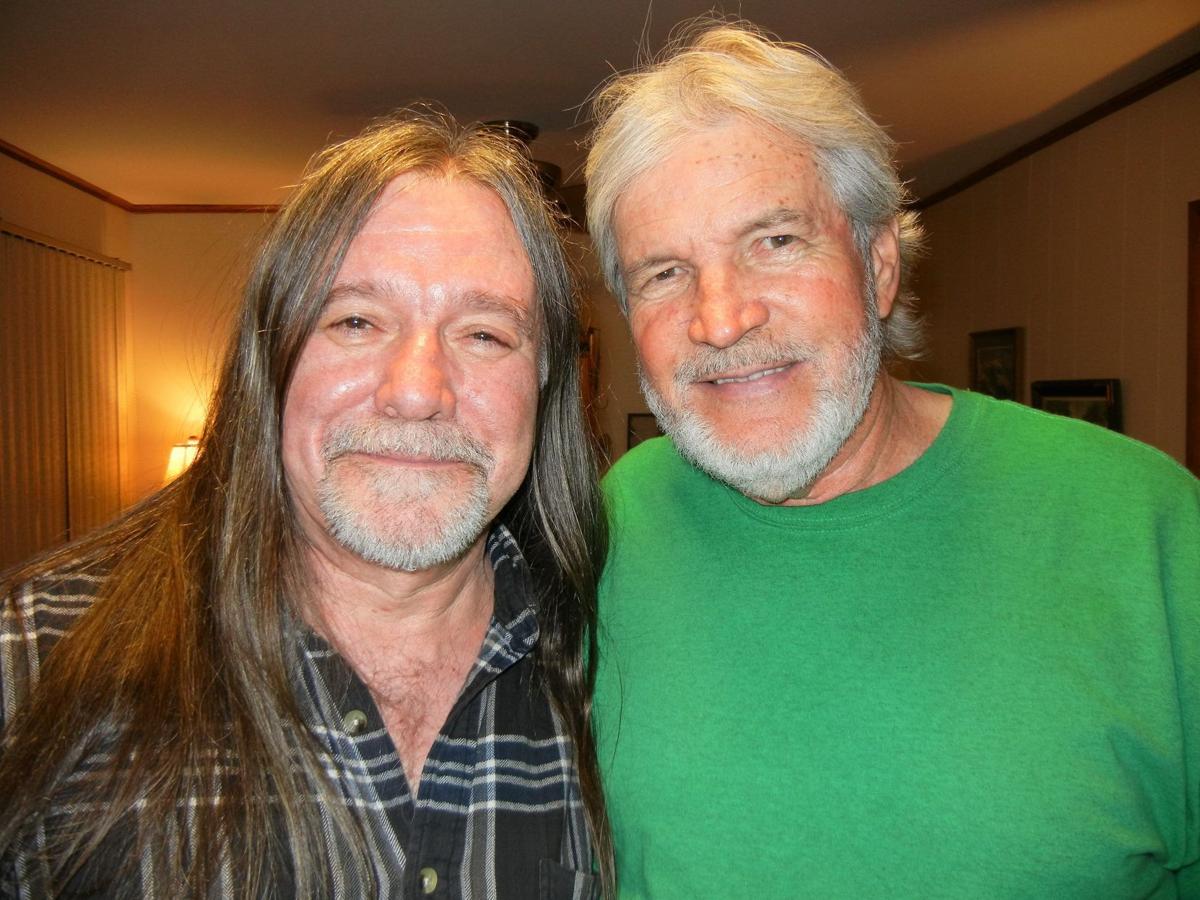 Howard “Guitar” Luedtke, left, has gotten to be good friends with Travis Wammack, a largely unheralded guitarist whose record inspired Luedtke when he was just starting to play guitar. Wammack has played on records that have sold 60 million copies and was band leader for Little Richard.

Howard “Guitar” Luedtke has been such a fixture on the La Crosse music scene, it’s almost like his second home. Between shows during the past 35 years with his band, Blue Max, solo shows and hosting weekly blues nights for 28 years, Luedtke (pronounced “lid-key”) figures he has made the drive from Eau Claire to La Crosse at least 2,000 times.

He even lived in La Crosse for a time, moving here in 1970 to study commercial art at Western Technical College. He got discouraged and dropped out after a semester after he overheard a former top student in the program telling the instructor that he hadn’t been able to find a job in the three years since graduating.

“Music became my art,” said Luedtke, who has relied on performing for almost all of his adult life, playing 250 shows a year at one point, which is down to about 100 shows a year now.

Luedtke and Blue Max will be in town Saturday night at The Brickhouse, headlining a big rock and blues show that also will include the Shufflin’ Duprees, Gregg Hall and the Wrecking ball doing an Allman Brothers set (with special guest Jimbo Zill) and the Bandsaw Brothers.

Over the past couple years, Luedtke has found himself another second home, this one in Muscle Shoals, Ala. That’s where he finally found the mystery guitar player he first heard as a pre-teen in 1965 when he was just learning to play guitar, a picker that inspired him at an impressionable age: Travis Wammack.

The 45-rpm single that stuck in his memory, even after he lost the record six months after he borrowed it, had “Scratchy” on one side and “Fire Fly” on the other. Both were rockin’ instrumentals that had young Luedtke scratching his head about how any human could play like that, especially “Fire Fly.” “When I heard that, it just blew me away,” Luedtke said. “I still can’t play ‘Fire Fly.’ … He’s the greatest guitar player who ever walked the face of the Earth.”

Travis Wammack isn’t exactly a household name, but Luedtke would change that if he could. Wammack first picked up the guitar when he was only 8 years old, and by age 11 had played guitar with Carl Perkins, Johnny Cash and other budding stars of the early rock ‘n’ roll era. He recorded his first record in 1955 at Sun Records in Memphis, Tenn., and went on to play on records that sold 60 million copies. When the legendary “Swampers” left the Fame Recording Studio in Muscle Shoals, it was Wammack they turned to for ace guitar work in the studio.

Wammack also played guitar and served as band leader for Little Richard, and when Led Zeppelin’s Robert Plant and Jimmy Page came backstage after a Little Richard concert in London, it wasn’t to see the singer. They wanted to meet Wammack.

“All the British blues players were influenced by ‘Scratchy,’” Luedtke said. “He is larger than life. I learn about him every time we get together. I am always amazed.”

Luedtke never forgot that Wammack record, and when his wife (and bass player in Blue Max for 30 years) “Magic” Deb Klossner asked Luedtke whether there was anything in the world he’d like her to track down online for him when Internet commerce was just getting going, he wanted one thing: That “Scratchy” record.

A few years later, Luedtke found out that his guitar hero had a website and that — WHAT? — Wammack had put out a bunch of albums, not just that one single. Luedtke ordered all of Wammack’s 13 CDs and later sent Wammack all his CDs — “too rock ‘n’ roll for blues, too blues for rock ‘n’ roll. I’m in the cranny I’ve always been in.”

He also sent Wammack a letter, sharing what that “Scratchy” record meant to him as well as his own life story. Luedtke’s story started rough, with his father dying in a car crash when he was a week old and his 17-year-old mother handing him off to his grandparents to raise him. It hit another rough spot when his cousin Ray, a guitar-playing buddy who was like a brother to him, was killed in a car crash in 1974, 400 feet from where Luedtke was gassing up his car to go to rehearsal for his first band. He was the first on the scene of the crash.

When Luedtke finally connected personally with Wammack, it turned out Wammack was very impressed with Luedtke’s playing, too. One thing led to another and Luedtke went to Muscle Shoals for a visit, and they decided to work on a new Howard “Guitar” Luedtke album.

Last year, Luedtke put out the album that resulted from their collaboration, “Goin’ Down to Alabama: The Muscle Shoals Sessions.” The album is the crowning achievement of Luedtke’s long musical career (at least so far — he’s working on a sequel), recorded with Wammack and bassist Donnie Gullett co-producing, laying down tracks at Gullett’s studio, joined by other ace musicians, including drummer Roger Clark, who has played on more than 300 albums.

Luedtke’s 12-song “Goin’ Down to Alabama” includes the self-penned title track, Wammack’s “Keep On Running,” Luedtke’s own unique takes on The Who’s “My Generation” and the Rolling Stones’ “The Last Time,” classics like “Born Under a Bad Sign” and “King Creole” and as a finale a tribute to Johnny Winter, Luedtke’s other big guitar hero, in “Mean Town Blues.”

The album features a 16-page booklet that includes Luedtke’s letter to Wammack, Luedtke’s account of the recording sessions and his observations on the songs on the album. The booklet and the CD package was put together by Klossner, a seven-year cancer survivor. “She’s kind of the brains of the outfit,” Luedtke said. “She works quite a bit of magic for me.”

Since connecting with Wammack, Luedtke has become a sort of evangelist for his guitar hero, even devoting the lion’s share of his interview time to talking about him. “I haven’t shut up for four years,” Luedtke admitted.

Of course, after 35 years of performing with Blue Max and a decade of rocking out before that, Luedtke has plenty of admirers of his own, including Dave Rogers, owner of Dave’s Guitar Shop and an impressive guitarslinger himself.

“He was kind of the blues idol,” said Rogers, who recalled being very nervous when he finally worked up the nerve to jam on stage with Luedtke about 25 years ago. “He’s such an idol around the state. He’s a Wisconsin blues legend for sure. … He’s probably the most fluid slide guitar player I’ve ever seen.”

For years, the entrance to the guitar shop has featured a chainsaw carved statue of Luedtke, given to him by a fan almost 15 years ago on the occasion of Luedtke’s 50th birthday. “Just what I always wanted, a seven-foot tall statue of myself on a pedestal,” Luedtke said. “I kept it at home in the yard the first summer and nobody shot at it or anything.”

Rogers and Luedtke actually share a birthday — July 20 marks 65 years for Luedtke, 60 for Rogers — and they have gotten into a tradition of having a birthday show every year, in recent years at the Trempealeau Hotel.

Saturday at The Brickhouse, Rogers will play guitar with The Shufflin’ Duprees before Blue Max hits the stage, and he hopes he’ll get the chance to join his birthday buddy for a jam. “I love the man, and I love playing with him,” Rogers said. “We always have a blast every time.”

More than half a century after he started playing guitar, Luedtke’s flowing locks are going gray and he’s about to reach the traditional age for retirement. But don’t look for him to give up rockin’ for the rocking chair.

WHEN: Saturday, May 20, with an Allman Brothers tribute by Gregg Hall and the Wrecking Ball (with special guest Jimbo Zill) starting from 5 to 6:30 p.m., The Shufflin' Duprees from 7:15 to 8:45 p.m. and Blue Max from 9:30 to 11 p.m. The Bandsaw Brothers will play upstairs in the ballroom between bands.

COST: $10 in advance, $12 at the door. Advance tickets are available online at brownpapertickets.com.

Howard “Guitar” Luedtke’s most recent album, “Goin’ to Alabama,” was recorded with his childhood guitar hero, Travis Wammack, and he’s expecting to release a follow-up album working with Wammack early next year.

Howard “Guitar” Luedtke, left, has gotten to be good friends with Travis Wammack, a largely unheralded guitarist whose record inspired Luedtke when he was just starting to play guitar. Wammack has played on records that have sold 60 million copies and was band leader for Little Richard.