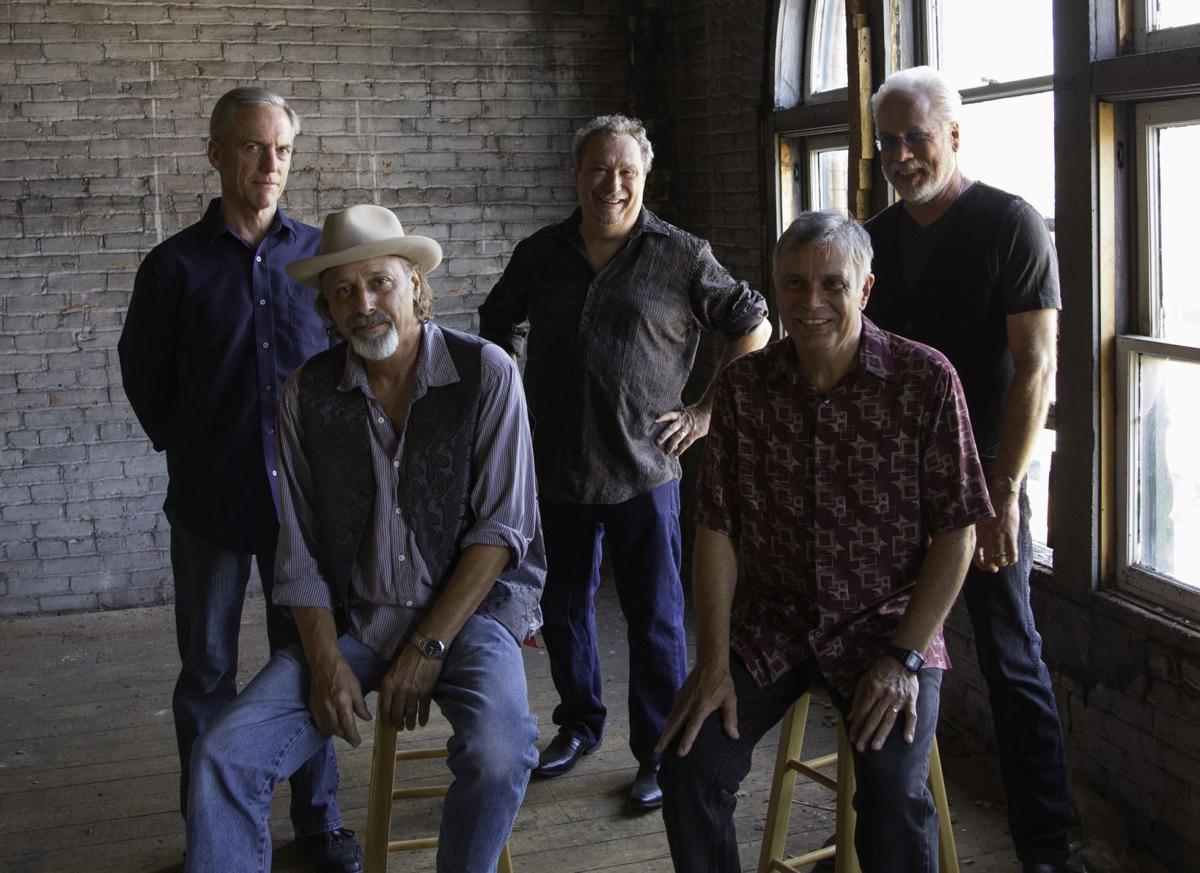 The Mayer Brothers Band includes, from left: front, Kit Mayer, Hans Mayer; back, Tom Gibbons, Mark Davini and Terry Nirva. The band celebrates the release of its debut album, “Stay Out of the Rain,” with a show Saturday night at Leo and Leona’s Tavern and Dancehall. 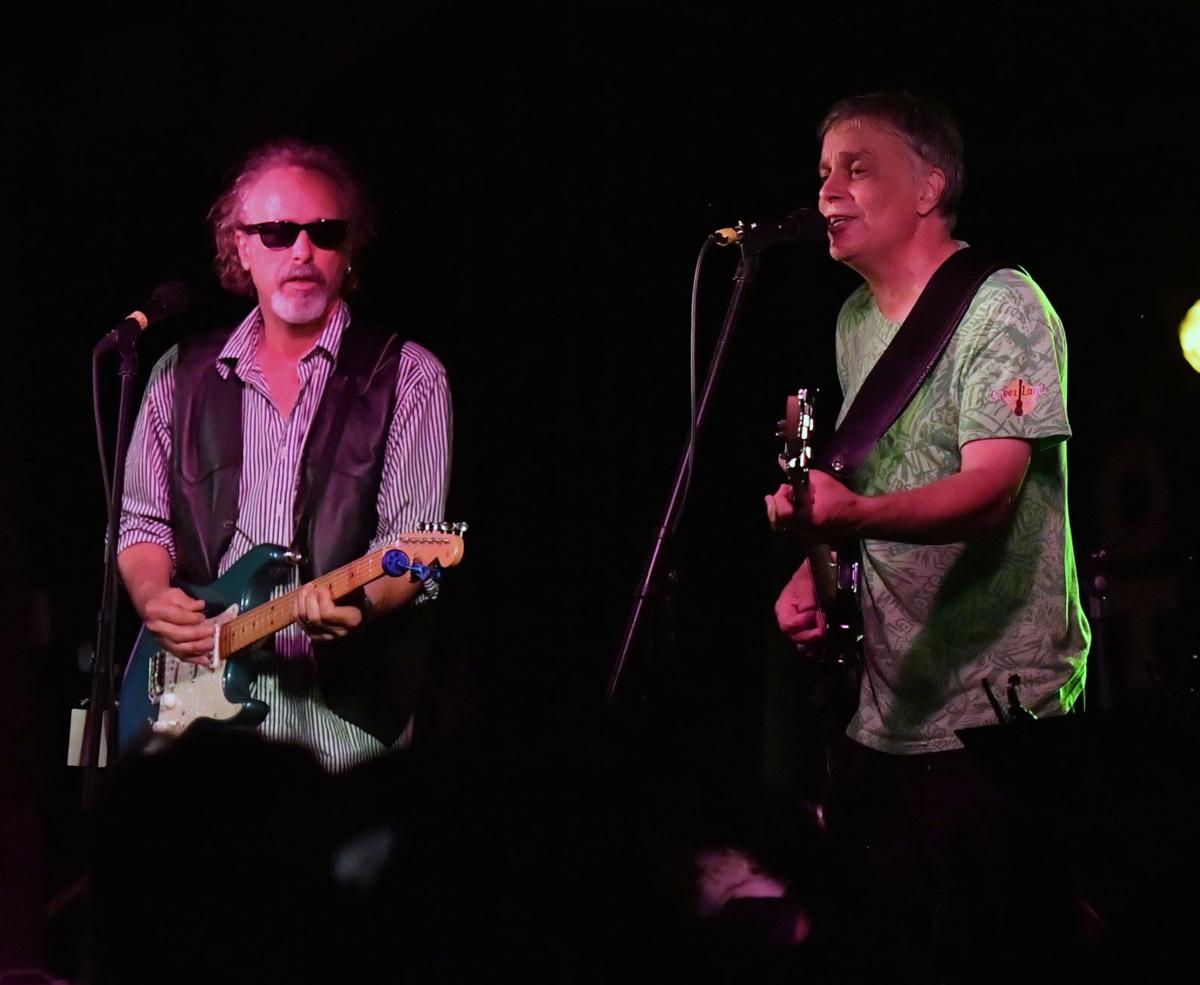 Kit Mayer, left, and Hans Mayer started playing music together in the 1970s in a band called Northern Comfort, and are probably best known for a band they started in 1985 called Blind Baby Olin and the Workbenches.

Hans and Kit Mayer have been making music in the Coulee Region for four decades, which makes them elder statesmen of the local music scene. Well, kind of.

“I don’t know about statesmen, but we’re certainly elders, which is kind of fun,” Kit quipped.

They’ve played in local bands with funky and memorable names, including Jawbone, Spank the Hobo, and Blind Baby Olin and the Workbenches, a big draw in the mid- to late 1980s that was revived a few years ago.

For the past year or so, they’ve also been performing in a band without such a fancy name — the Mayer Brothers Band — and they’re playing a special show Saturday night at Leo and Leona’s Tavern and Dancehall to celebrate the release of the band’s debut album, “Stay Out of the Rain.”

The Mayer brothers grew up in southeastern Wisconsin, Hans born about four years ahead of Kit, and music was a part of their lives from an early age. Their father played piano and accordion, their grandmother was a professional musician who played cello, guitar and piano, and was part of the original Big Top Chautauqua, and her sister (mother of their frequent musical collaborator and cousin Cody Appel) played piano in theaters for silent movie showings.

Music was a big part of their lives, with Hans first learning to play guitar and Kit picking up the banjo. Kit was still in his late teens when he and Hans formed a band called Northern Comfort, bought a bus and began a long and sometimes arduous musical tour.

“We were pretty young and crazy,” Kit said.

They specialized in playing rock songs with nontraditional rock instrumentation — think acoustic guitar and banjo — and it was largely about having fun. For their first gig, they got paid with two cases of beer, at which point they invited everybody to come over to their house for more music and mayhem.

“That’s how we started developing our fan base,” Kit said with a laugh.

They haven’t always made music together. Hans has had extended musical collaborations with Johnsmith and Bill Miller. It was 20 years ago, during his time touring and recording with Miller that Hans was diagnosed with multiple sclerosis. This was just weeks before they were supposed to go on tour opening for Tori Amos, but by some kind of medical miracle, Hans bounced back in time to play on the tour.

The MS has taken a toll on Hans, at times forcing him to sit on stage, but the draw of making music is irresistible. “He’s the strongest guy I know,” Kit said. “No complaints. He just gets up and does it.”

And Hans has had a very successful career as writing, recording and performing children’s songs, with some of his hits including “My Brother Eats Bugs” and “God Bless My Underwear.”

The revival of Blind Baby Olin and the Workbenches, a good-time party band, has been fun, but Kit and Hans decided to form the Mayer Brothers Band as a vehicle for their original songs, with both writing and singing lead on tunes that fall roughly into the Americana genre.

“With this band I’m more interested in expanding the types of music and working on more original stuff,” Kit explained. “There’s a different outcome expectation with this one.”

The band shares a couple members with Blind Baby — drummer Terry Nirva and guitarist Tom Gibbons — and it includes Mark Davini (of Old Soul Society) on keyboards and accordion. “Since he joined there’s kind of a new energy, a new excitement,” Kit said of Davini.

“It’s kind of like when The Beatles found Ringo,” Hans added.

The nine original songs and one cover (“Romeo and Juliet” by Dire Straits) were recorded in a day and a half, with the sessions co-produced by Kit and Brett Huus, and the idea was as much to have something they could send to festivals and venues when trying to book gigs as it was to have something fans could buy.

“We didn’t necessarily think of it as a big project,” Kit said. “We just went in with a list of originals and covers that we were going to record. We left a few on the cutting room floor.”

At the Leo and Leona’s show, the band plans to play the full album for its second set, and it’s an album the Mayers are proud to put their name on.

“I’m pretty happy with it,” Kit said. “I think it’s a pretty good reflection of certainly those two days of recording. It’s who we are, and it’s evolving.”

‘WandaVision’ wins big at the 2021 MTV Movie and TV Awards

The Mayer Brothers Band includes, from left: front, Kit Mayer, Hans Mayer; back, Tom Gibbons, Mark Davini and Terry Nirva. The band celebrates the release of its debut album, “Stay Out of the Rain,” with a show Saturday night at Leo and Leona’s Tavern and Dancehall.

Kit Mayer, left, and Hans Mayer started playing music together in the 1970s in a band called Northern Comfort, and are probably best known for a band they started in 1985 called Blind Baby Olin and the Workbenches.