Become a Member
Read Today's E-edition
Share This
Watch now: 20,000 Luke Bryan fans in a cornfield? For the Statz Bros. that's their kind of night
0 Comments
Share this

Two years ago, it seemed as if the milk at the Statz Bros. Inc. dairy farm outside Marshall flowed a little more plentifully than usual.

Or at least that’s what farm co-owner Joe Statz recalled about the afterglow of some 20,000 country music fans pouring onto the farm on a September evening to attend a Luke Bryan concert, the first stop of the country superstar’s 2019 Farm Tour.

The cows “might have given us a little more milk that night,” Statz said with a laugh.

This Thursday — two years and a pandemic later — the semi-trailer trucks and buses filled with touring equipment are expected to be back for the 2021 version of Luke Bryan’s Farm Tour.

“Obviously everything went well the first time — otherwise we wouldn’t be doing it again,” Statz said. “Luke Bryan’s crew does a nice job. They have a reputation to hold, so they want to leave here and leave you happy.”

The mega-star Bryan — coming off a planned performance last week at Milwaukee’s Summerfest — is scheduled to take the stage in a large field at the farm Thursday night before an open-air audience, just a stone’s throw from cow barns, milking stations and milk trucks. Opening acts include Dylan Scott, Whitney Duncan, The Peach Pickers and DJ Rock.

Tickets for the 6 p.m. show are $56 online at www.lukebryan.com/tour. Remaining tickets will be sold at the gate for $70.

While 20,000 tickets for Bryan’s 2019 concert at the farm sold out in 30 hours, tickets are still expected to be available the day of the show, said Amanda Jolma, assistant to the managers for Statz Bros. Inc.

Concerns about the COVID-19 pandemic have likely slowed ticket sales, she said.

“With it being an outdoor concert, it gives the people ability to space themselves out, so there aren’t any regulations at this moment” beyond Dane County public health guidance, she wrote in an email Thursday.

Still, Jolma cautioned at press time, “the county or the concert management team may implement regulations within the next few days, if they feel the need to.”

In 2020, Bryan’s team had planned to return to the Marshall farm for another show, but the singer’s tour was put on hold that year because of the COVID-19 pandemic.

First ‘Album of the Decade’

Bryan also has a regular TV presence as one of three judges, along with Katie Perry and Lionel Richie, on ABC’s “American Idol.”

The son of a Georgia peanut farmer, Bryan also plans September stops in Iowa, Illinois, Indiana, Ohio and Michigan on his 2021 Farm Tour.

When the farm was selected as a venue for Bryan’s tour in 2019, “we were all pretty excited,” she said “It was quite an honor.”

The tour comes as a complete package, with the crew arranging everything from the stage and lighting equipment to vendors. The morning after the concert, the last truck doesn’t pull out until Statz signs the contract stating that the tour has completely cleaned up the property.

In the family since 1966, the Statz Bros. farm is now run by Joe Statz, his two cousins Troy and Wes, and his sons Zach and Austin. The farm milks 4,700 cows on more than 9,000 acres of land and has 100 employees. Statz Bros. is compensated by the Luke Bryan tour “enough to make it worth our while,” said Statz, who declined to say what the farm is paid to host the event.

The real value is “the exposure,” said Jolma. “It gets a lot of people who’ve never been to a farm out to a farm.” The Bryan tour also helps fund youth scholarships in agriculture.

The stage is placed atop the crest of a small hill on the “home” farm property at 5875 County Hwy VV. Concertgoers park in a vast cornfield — 7,000 cars in all for the 2019 concert, Jolma said.

Jolma recommends coming early instead of arriving just before the show to avoid traffic congestion. Parking costs $5 online with the purchase of tickets, or $20 day of show.

The farm is located between Interstate 94 and U.S. Highway 151. That location near major highways made the venue appealing to Bryan’s tour organizers, Statz said.

For the 2019 show, he and his sons sat by the side of the road in lawn chairs and greeted concertgoers as they drove in. Also that year, the farm management team was invited on stage to be acknowledged as the hosts for Bryan’s Wisconsin appearance.

That probably won’t happen this year because of COVID-related restrictions on who can go backstage, Statz said. But he still relishes the memory.

Grammys CEO on a mission to regain music community's trust

Demi Lovato thinks the term 'aliens' is 'derogatory' to extraterrestrials

Lovato explained that they do not believe that beings from another planet mean to harm humans.

'Dune' is a smash for Warner Brothers at box office

'Dune' is a smash for Warner Brothers at box office 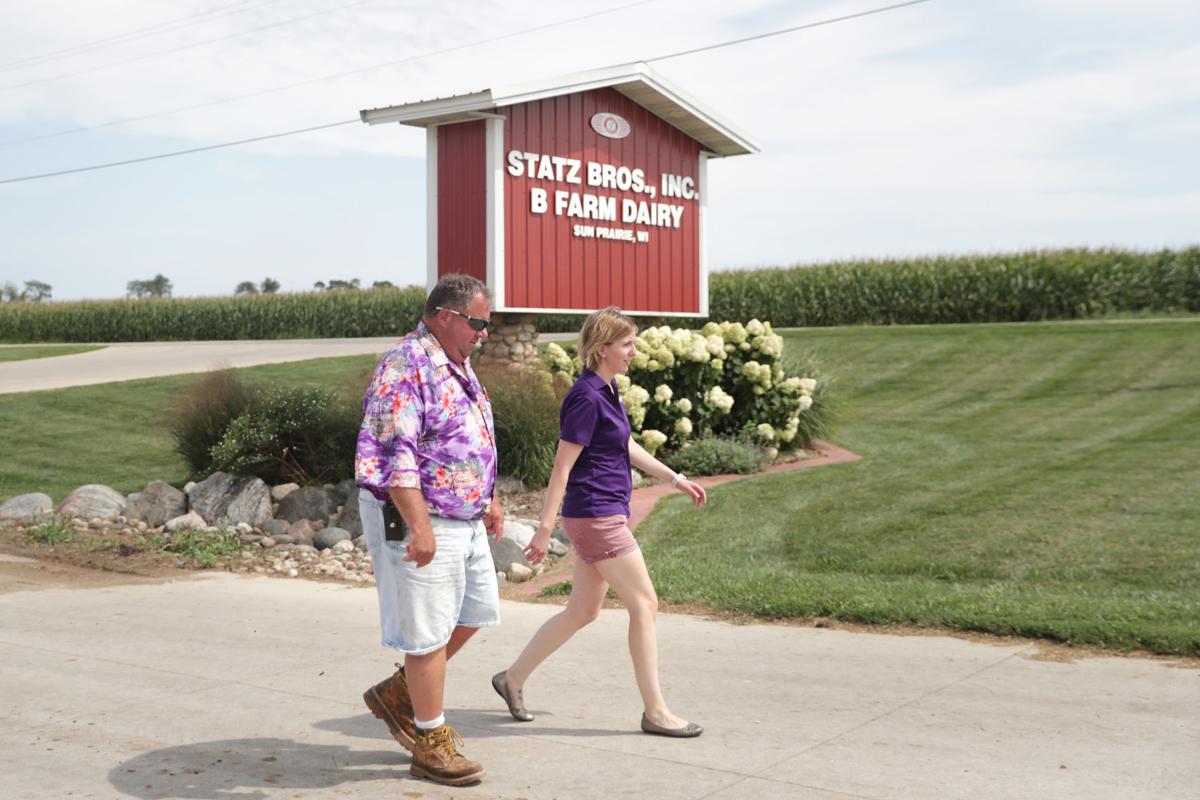 Co-owner Joe Statz, left, and assistant to the managers Amanda Jolma walk towards the freestall barn at Statz Bros. Farm in Marshall. The farm will host the Luke Bryan Farm Tour for the second time with a show on Thursday. 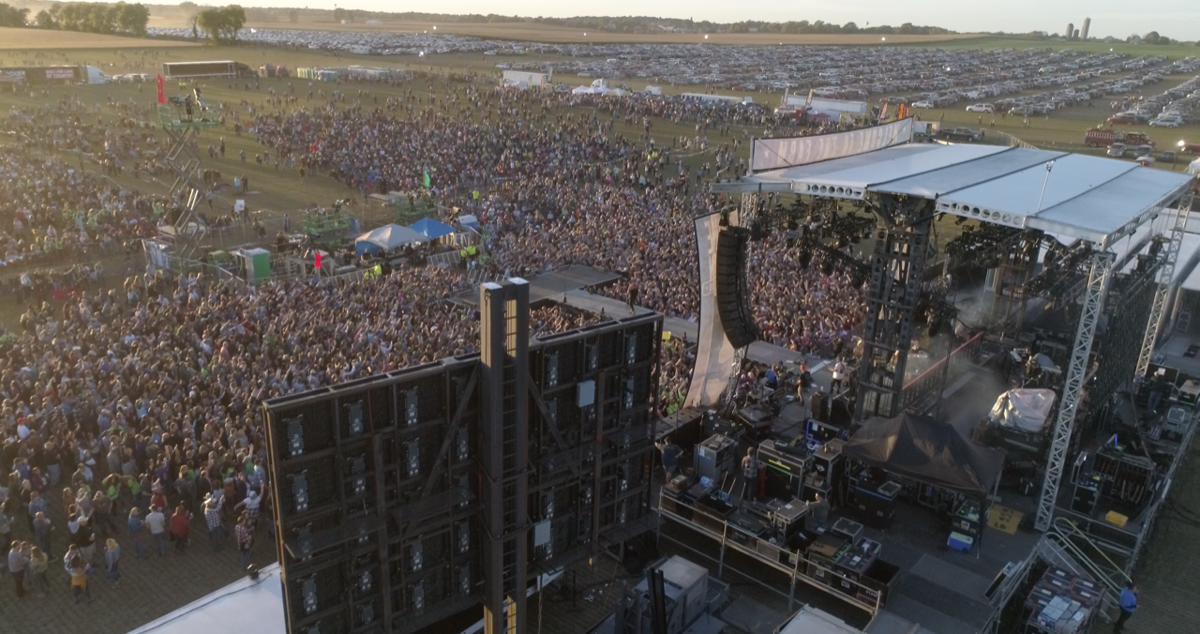 Some 20,000 fans poured on to the farm fields of the Statz Bros. Farm outside Marshall as part of country music superstar Luke Bryan's farm tour in 2019. Bryan is returning to the site this week as part of his 2021 farm tour. 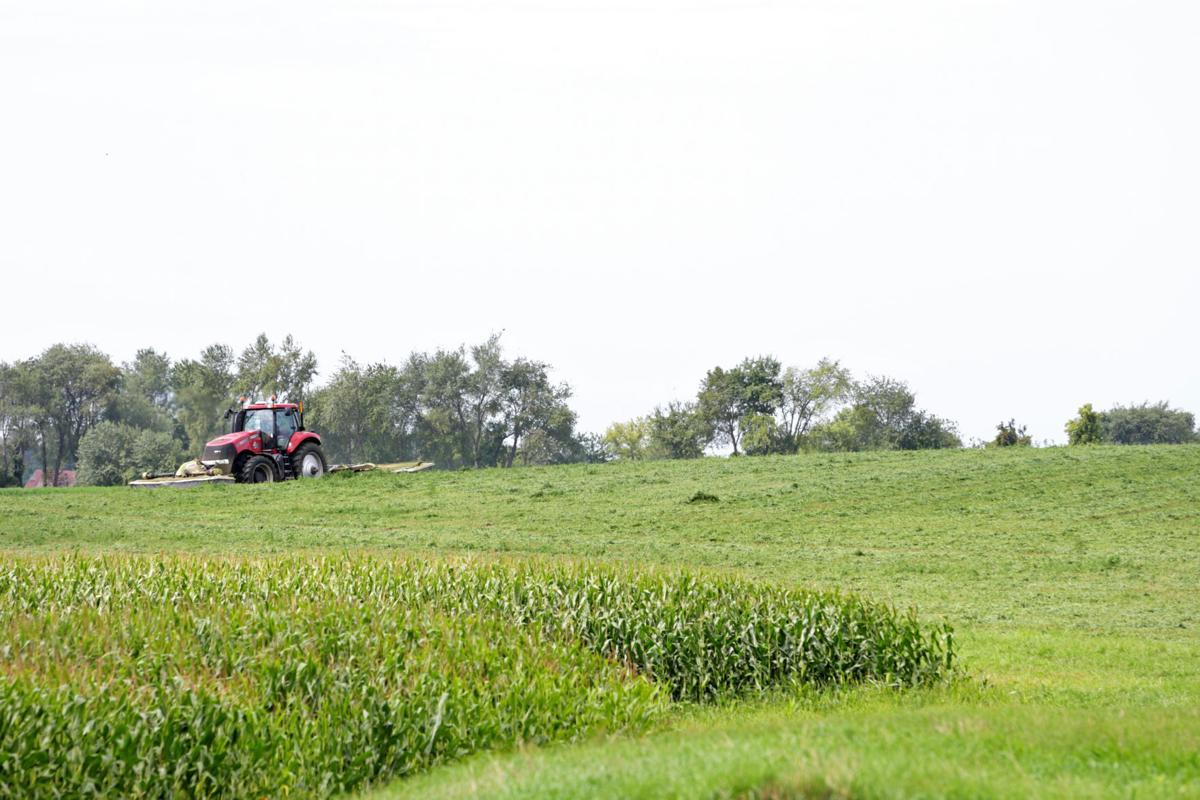 A tractor cuts alfalfa in the field where a stage will be placed on the Statz Bros. Farm in Marshall for Luke Bryan's 2021 Farm Tour concert on Thursday. 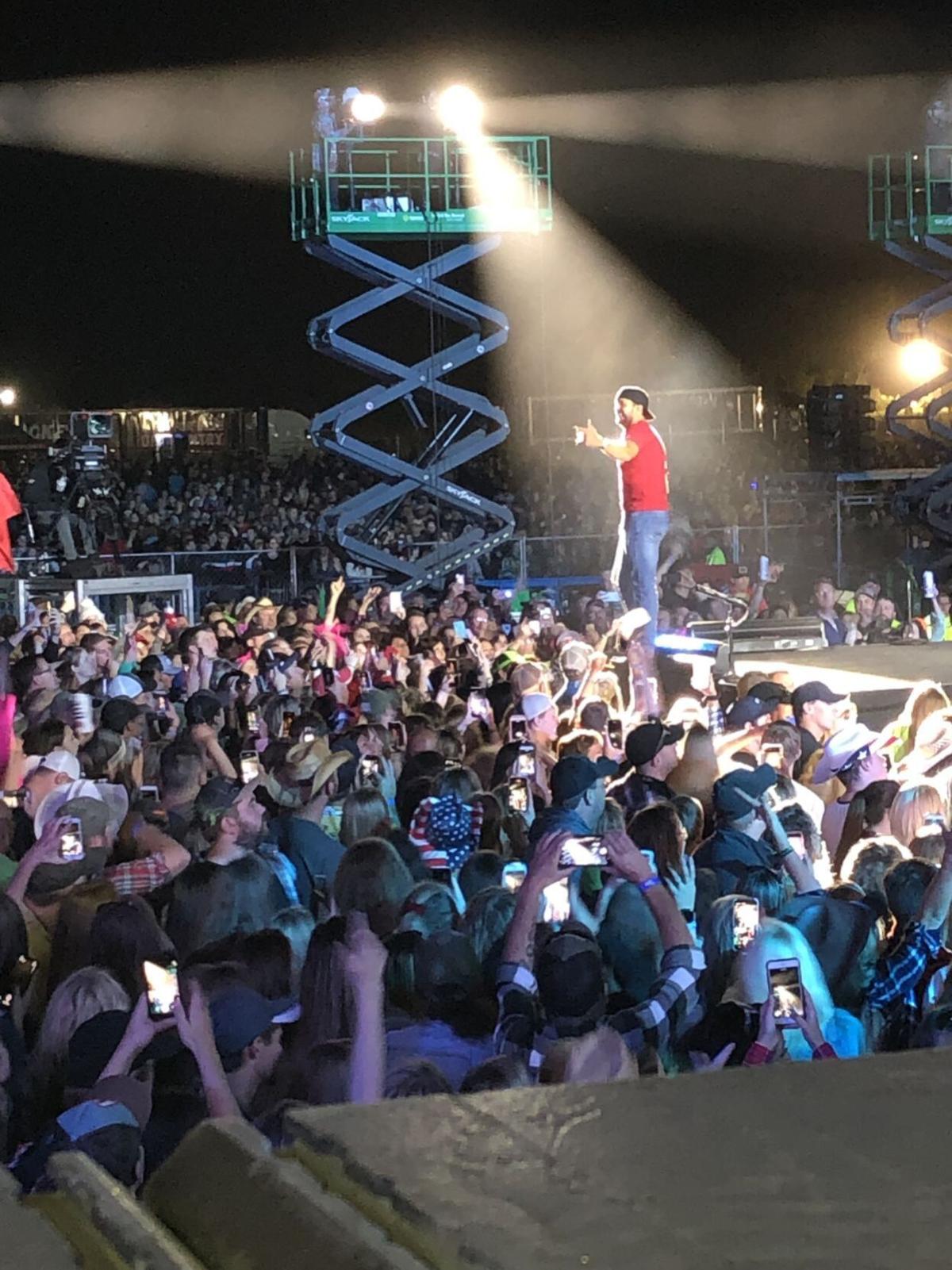 Country music superstar Luke Bryan performs in 2019 at the Statz Bros. Farm in Marshall. He'll return for another concert there on Thursday. 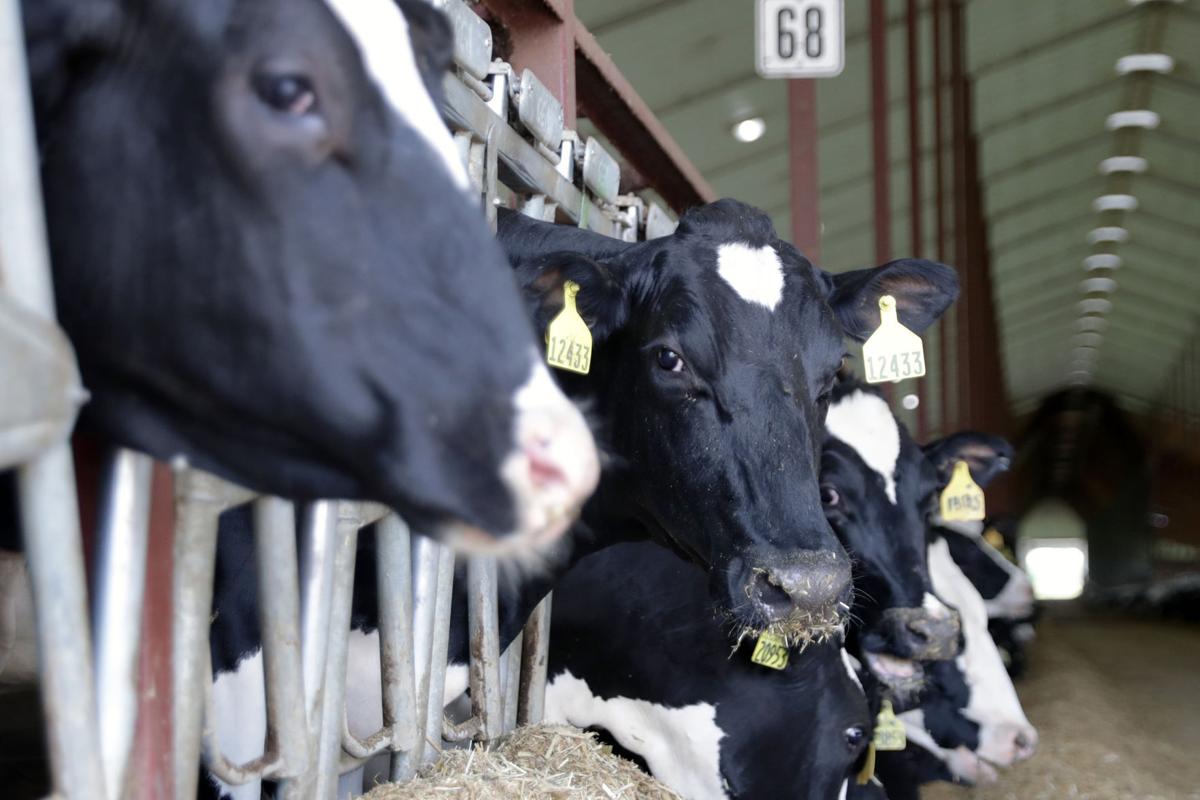 Cows feed in between milking at the Statz Bros. Farm in Marshall. The farm will host the 2021 Luke Bryan Farm Tour on Sept. 9. 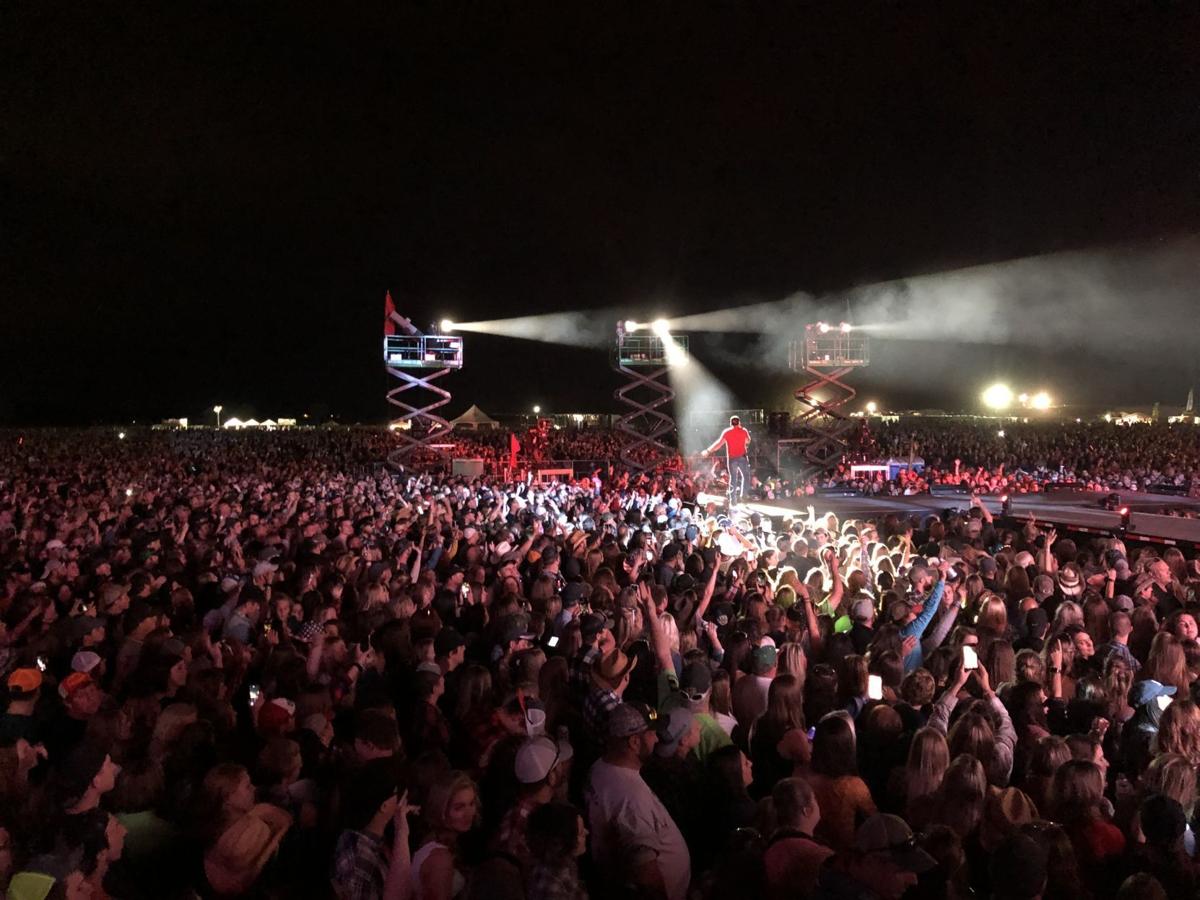 Fans of country music superstar Luke Bryan fill a farm field at the Statz Bros. Farm property in 2019. Some 20,000 people attended that concert. Bryan will return to the site on his 2021 Farm Tour. 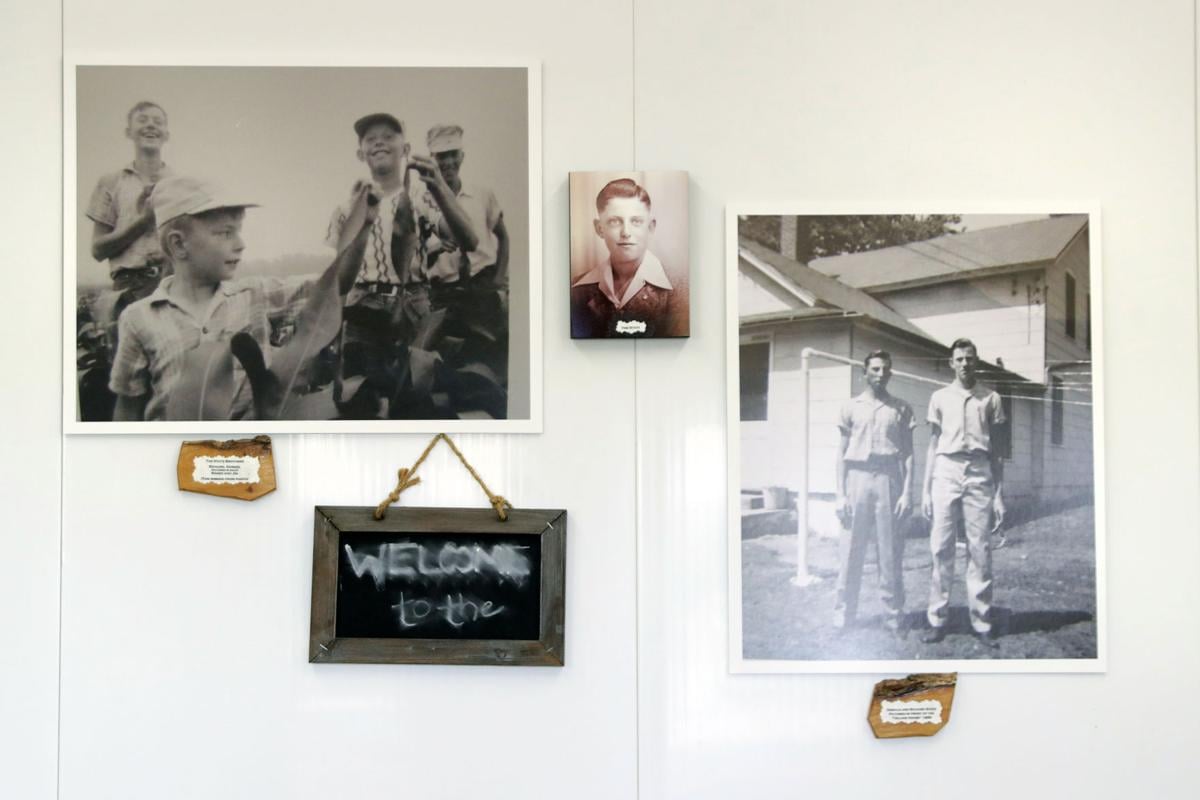 Family photos of the founding brothers of Statz Brothers dairy farm, Donnie and Richard Statz adorn the wall of the dairy's milking parlor in Marshall. 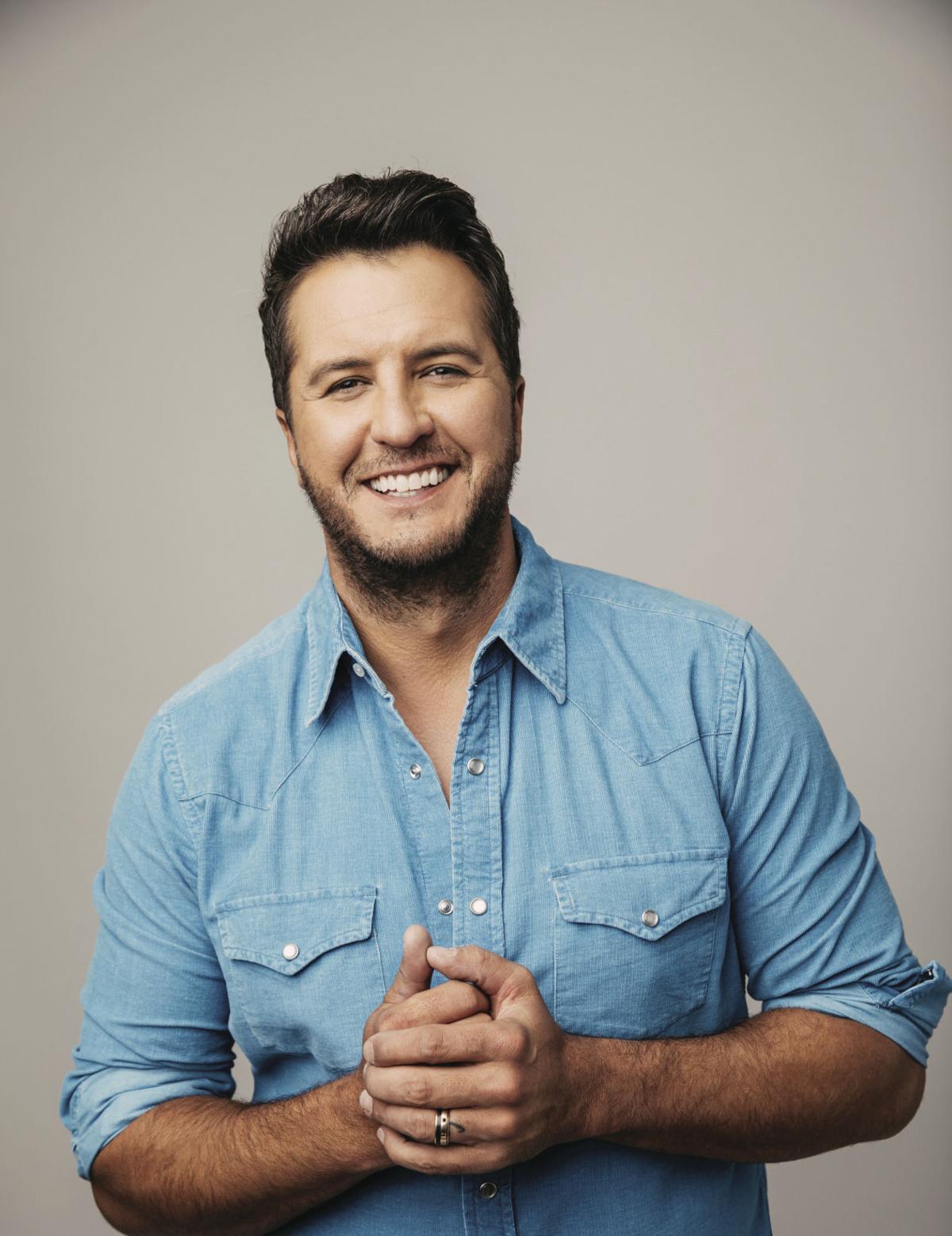