The 27-year-old rapper - whose real name is Austin Richard Post - was due to take to the stage at the TD Garden in Boston on Saturday (24.09.22) but pulled the plug after finding that he was "unable to move."

He wrote on Instagram: "I'm having a very difficult time breathing, and there's like a stabbing pain whenever I breathe or move. Boston, I love y'all so f******much. On tour, I usually wake up around 4 o'clock PM, and today I woke up to cracking sounds on the right side of my body."

The 'Sunflower' hitmaker added that he had felt "so good" the night before but admitted something had changed overnight and reassured fans that their tickets would remain valid for a rescheduled date.

The 38-year-old yoga instructor and her husband Alec Baldwin welcomed their seventh child on Thursday (09.22.22), and they are both feeling "overjoyed".

They said in a statement to PEOPLE: "How grateful we feel to welcome our newest little daughter into this world.

"Just as magical and filled with love as every other little person we have been blessed with. Her Baldwinito siblings are so excited and all discussing who she looks the most like … we are overjoyed to introduce you to baby Ilaria."

Hilaria - who already has Carmen, eight, Rafael, seven, Leonardo, five, Romeo, four, Edu, 23 months, and Maria, 18 months, with Alec - has also taken to social media to share the news with her followers.

Sir Elton John became emotional after being presented with the National Humanities Medal at the White House on Friday (09.23.22).

The 75-year-old singer received the award from US President Joe Biden, 79, for his music career and his work with the Elton John AIDS Foundation, after he performed on the South Lawn of the White House.

The President said: "We're joined by so many people that ... he's set free to be themselves, to be treated with dignity and respect they deserve. Families and advocates in the fight against HIV/AIDS. A fight that he has led with sheer will, a fight for those lives lost and those lives we can save. Leaders standing up for equality of all people, no matter who you are, or who you love."

Celeb news from the week of Sept. 19

Lily James: 'I was a shot to s*** wreck after living in character as Pamela Anderson'

Lily James says living in character as Pamela Anderson left her "shot to s***" and a "wreck".

Olivia Wilde is being publicly supported by more than 40 crew members and studio executives over her 'Don't Worry Darling' controversy.

Slipknot still love what they do and have never let their egos get in the way.

Kate Moss is to sell products made out of sea moss, just weeks after creating her Cosmoss wellness brand.

David Hasselhoff: I have a healthy ego

David Hasselhoff knows when to rein in his ego.

Sheila Atim and Lashana Lynch 'The Woman King' were up for the challenge of filming their own stunts.

Gyles Brandreth reveals Queen Consort Camilla had no problem with him sharing his crush on her.

'The Crown' will return to TV screens on November 9, Netflix has confirmed.

I want to make a difference and inspire, says Normani

A photo of Queen Elizabeth's final resting place has been released by Buckingham Palace.

John Legend 'won't get over' losing his son

John Legend admits the tragedy will stay with him for the rest of his life.

'Dip It Low' hitmaker Christina Milian insists she feels "proud" to be a Latina.

Music has been a healing presence in my life, says Shania Twain

Shania Twain has revealed that she's always found comfort in listening to music.

I thrive on freedom and confidence, says Lena Dunham

Oscar-winning actress Louise Fletcher has died at the age of 88.

Kim Kardashian reportedly bought a $60 million Malibu mansion to get "autonomy" from Kanye West, who lives across the street from her in Hidden Hills.

Zayn Malik has unfollowed Gigi Hadid on Instagram, amid reports she is dating Leonardo DiCaprio.

Chris Rock turned down an offer to host the 2023 Golden Globe Awards, despite being offered a large sum of money.

Melanie C admitted Robbie Williams has "behaved" badly so she didn't feel the need to let him know she'd written about him in her tell-all memoir.

James Corden: 'I had to bully my way to top'

James Corden claims his working class upbringing meant he had to "bully" his way to success.

Sylvester Stallone and his estranged wife Jennifer Flavin have reconciled just over a month after the model filed for divorce.

Gwyneth Paltrow accepting 'loosening skin' and wrinkles before she turns 50

Gwyneth Paltrow is accepting her "loosening skin" and wrinkles before she toasts her 50th birthday.

Monica Lewinsky admits she struggled to move on with her life after the Bill Clinton sex scandal.

Lil Nas X had to cut his time backstage with Madonna short to visit the toilets for his nervous poop.

'I'm all good with the nipple': Kendall Jenner didn't care about boobs showing at catwalk debut

Kendall Jenner insists she is all for freeing the nipple after showing her boobs at her catwalk debut.

Star Wars actor John Boyega has pitched an idea for a sequel to his new movie The Woman King.

Actress Saoirse Ronan is set to star in Sir Steve McQueen's new Apple TV+ movie 'Blitz', which will be written, directed and produced by the filmmaker.

Kyra Sedgwick urged Kevin Bacon not to dress "as a giant peanut" for a commercial.

Kanye West's political career is something he is planning to revisit in the future.

Bill and Melinda Gates are continuing to work "effectively together" on their philanthropy work.

Former 'Riverdale' actor Ryan Grantham has been sentenced to life in prison after killing his mother Barbara Waite in 2020.

Khloe Kardashian has been seen begging TV producers to keep her baby news secret as she broke the news of her surrogacy journey to her sister Kim in an episode of their show The Kardashians.

Amber Heard "doesn't care" who Johnny Depp dates and has no interest in his personal life.

Lamar Odom: I just want Khloe Kardashian to be happ

Queen Elizabeth is being 'missed' by her corgis, says a former trainer

Queen Elizabeth is "missed" by her corgis, according to a former trainer.

Nicole Scherzinger is 'super proud' of putting One Direction together

Nicole Scherzinger is '"super proud" of helping to put One Direction together after previously unseen footage of 'The X Factor' emerged earlier this year.

Moves in a Minute: “The Fabelmans” 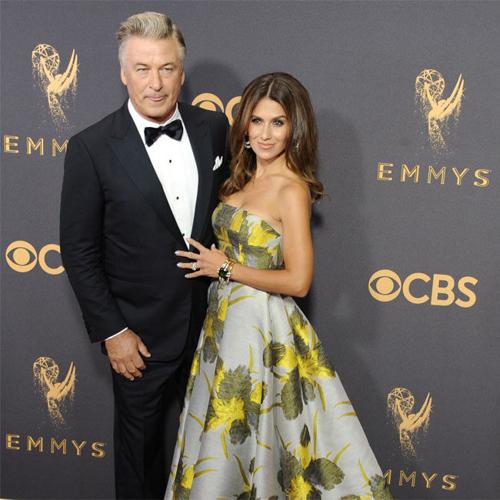 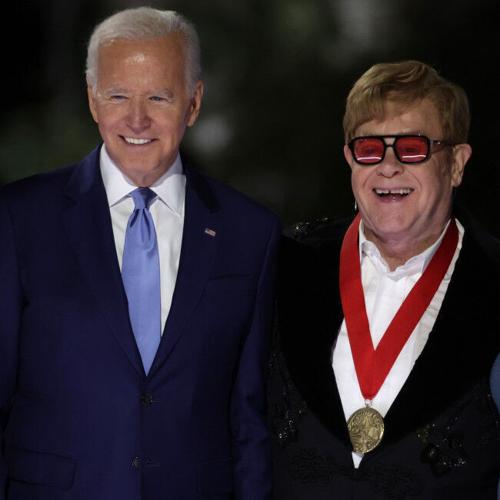