A huge £10,000 ($13,950) commemorative gold coin has been created in Britain that pays tribute to the "Queen's Beasts" -- 10 mythical creatures that represent her royal ancestry.

The coin, which weighs 10 kilograms (22 pounds), was made by the Royal Mint and is the largest ever created in its 1,100-year history.

The Royal Mint, which makes the nation's coinage, called it a "masterwork" that was handcrafted by a team using traditional minting skills and modern engraving technology.

It was polished for four days before being cut, lazer frosted, and completed with a matt finish. The whole design took 400 hours in total, the Royal Mint said.

It was created to mark the finale of the Royal Mint's "Queen's Beasts Collection," a series of collectible coin designs based on 10 statues created for the Queen as a guard of honor at her 1953 coronation.

The mythical beasts -- which include a white lion, bull, falcon, unicorn, dragon and griffin among others -- symbolize her ancestry and together form a "formidable phalanx of ancestral creatures drawn from centuries of royal history," according to the Royal Mint website.

The coin illustrates all 10 beasts side-by-side in one single design with an effigy of the Queen in the center.

The coin, which has a denomination of £10,000, has been sold for an undisclosed six figure sum, said a Royal Mint spokeswoman.

Those looking for a smaller, more affordable version of the giant gold coin can purchase a replica at the Royal Mint website, with prices starting from £13 ($18).

The Royal Mint began producing the Queen's Beasts Collection in 2017, beginning with the "Lion of England" coin. The lion emblem has been used by the royal family for centuries as a symbol of bravery and strength.

The second coin released was of the Unicorn of Scotland -- a coat of arms representing the union of England and Scotland.

The commemorative collection includes a coin that celebrates the Red Dragon of Wales.

Clare Maclennan, divisional director of commemorative coin at the Royal Mint, said in a statement that the new coin set a "new standard" for minting, "combining centuries old techniques with innovative technology to create a unique and beautiful work of art."

"It is the largest coin ever created by the Royal Mint, and is testament to the expertise, craftsmanship and skill of our team," she added.

Man arrested at airport with 35 birds in his clothing, and more of this week's weirdest news

A man was arrested and charged with allegedly smuggling 35 live finches in hair curlers from Guyana for "singing contests" in New York City. 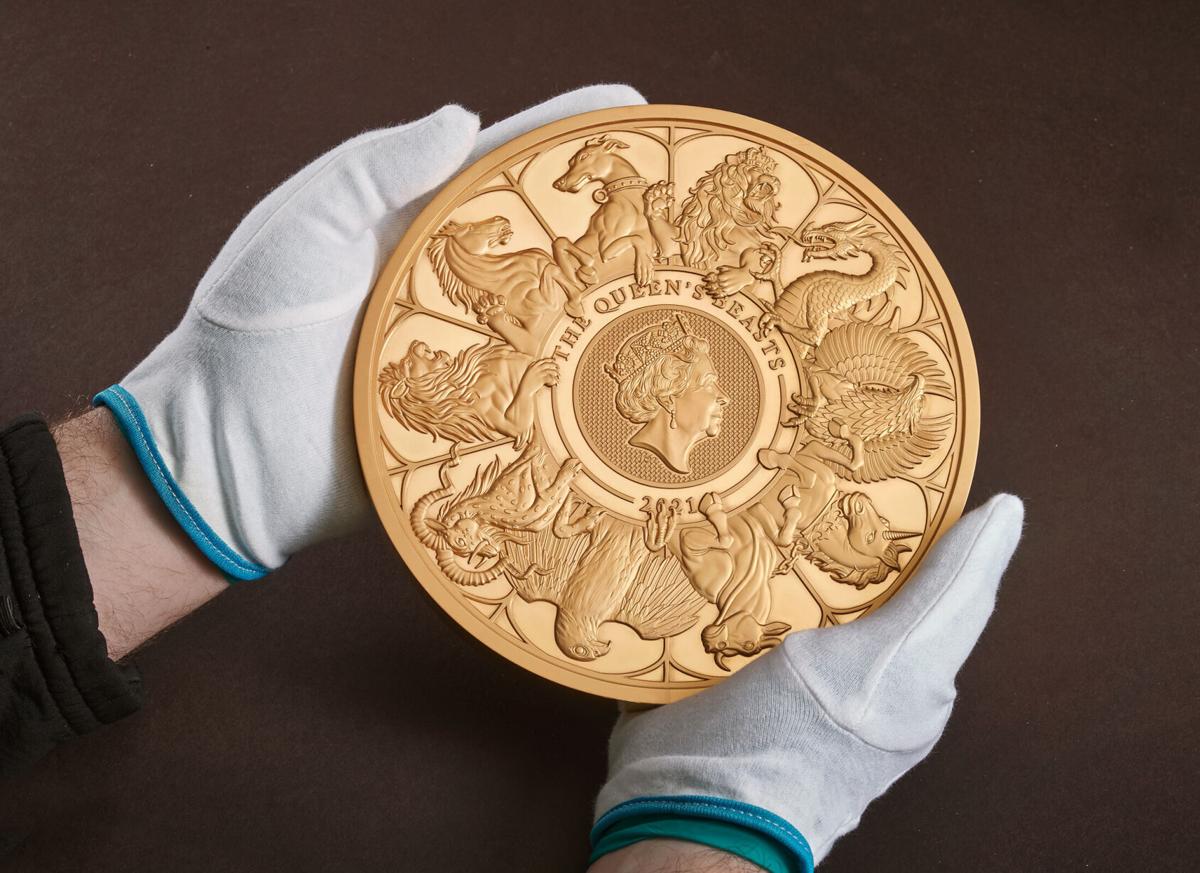 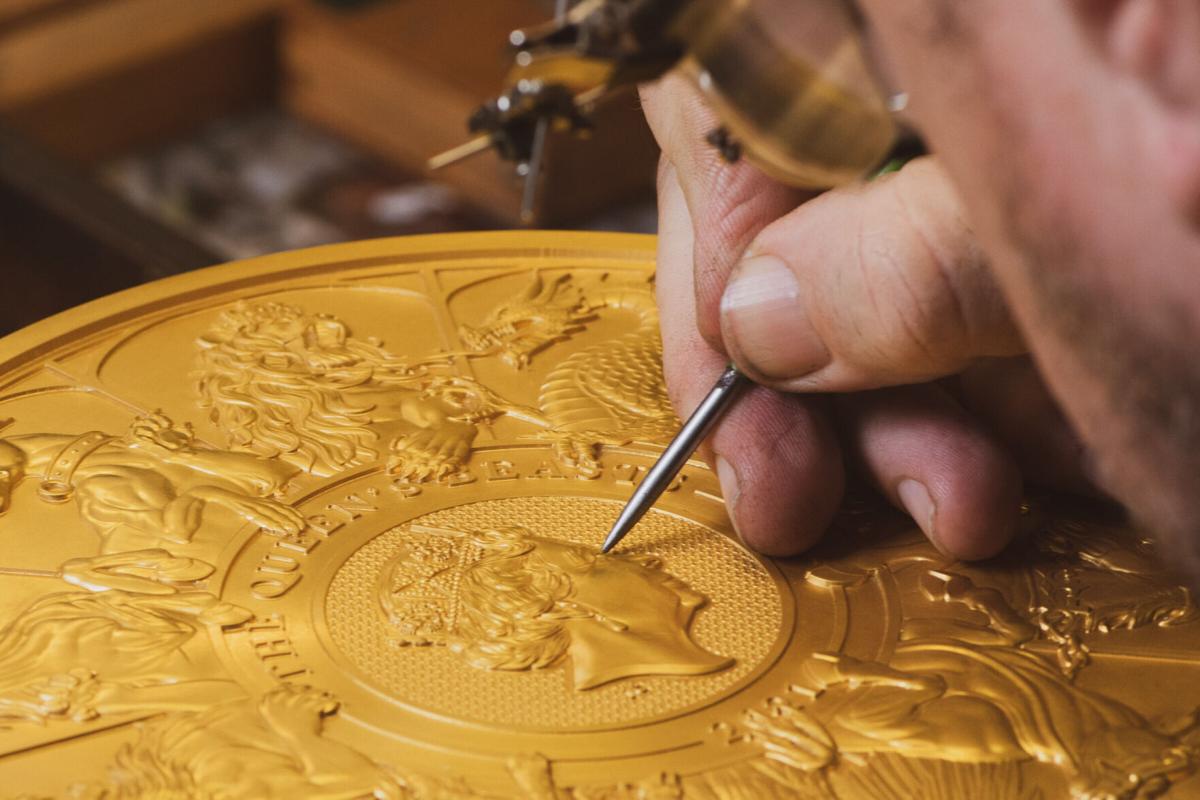 A huge £10,000 ($13,950) commemorative gold coin has been created in Britain that pays tribute to the "Queen's Beasts" -- 10 mythical creatures that represent her royal ancestry.