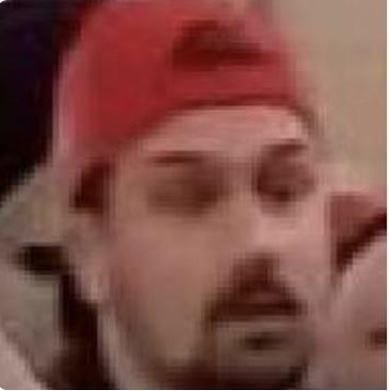 A video of still of Abram Markofski inside the U.S. capitol building Jan. 6. 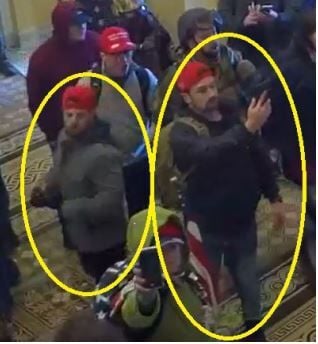 A photo from the criminal complaint identifies Abram Markofski (left) and Brandon Nelson inside the U.S. Capitol.

An Army National Guard member from La Crosse pleaded guilty Wednesday to a misdemeanor charge related to the Jan. 6 riot at the U.S. Capitol.

According to court documents, Abram Markofski, 24, who was charged along with Brandon Nelson, of Madison, pleaded guilty to one of four counts federal prosecutors charged him with in May. The charge of parading, demonstrating or picketing in a Capitol building carries a maximum sentence of six months in prison and a fine of up to $5,000.

According to a plea agreement signed last week, Markofski has agreed to cooperate with the ongoing investigation into events on Jan. 6, when a mob stormed the Capitol as Congress met to certify the results of the November presidential election in which Joe Biden defeated then-President Donald Trump.

Markofski has agreed to be interviewed by law enforcement and to allow agents to review any of his social media accounts.

The deal also states Markofski will not be charged with any further non-violent offenses committed in the District of Columbia before the agreement was signed. But the government said it could still prosecute Markofski for any crime of violence, if any are subsequently discovered.

Markofski also agreed to stipulate to a five-page document that describes his involvement in the events of Jan. 6. It states Markofski traveled from Madison to Washington with Nelson to attend a Trump rally, then went to the Capitol where surveillance video showed the two enter the building through the Senate wing door at about 2:16 p.m.

At about 2:49 p.m., Markofski texted another person, “We stormed the Capitol and shut it down. Currently still inside.”

He was inside the building until about 3:41 p.m., the document states.

Afterward, Nelson and Markofski drove back to Wisconsin, the document states. Early the following morning, Nelson texted to Markofski, “We held the line ... No backing down.” Markofski replied, “(Expletive). Yeah, brother is Patriots won’t go down without a fight.” Nelson responded, “Not I.”

There was no evidence that Markofski took part in any violent or destructive acts at the Capitol. He was cooperative with law enforcement before and after his arrest, according to the document.

Damage to the Capitol from the riot was estimated at nearly $1.5 million. As part of his plea agreement, Markofski agreed to pay $500 in restitution.

Nelson is scheduled for a plea hearing Sept. 15.

Other Wisconsin men charged with taking part in the riot have status conferences set later this month. They include Michael Fitzgerald of Janesville, Kevin Loftus of Eau Claire and Joshua Munn of Melrose.

Wisconsin coach Paul Chryst did not offer details on Jalen Berger's dismissal, but multiple sources said Berger missed meetings and workouts before being removed from the team.

A video of still of Abram Markofski inside the U.S. capitol building Jan. 6.

A photo from the criminal complaint identifies Abram Markofski (left) and Brandon Nelson inside the U.S. Capitol.