He was born Nov. 19, 1924, to Wayne F. and Zelma B. (Ferguson) Shannon in Sedan, Kan. He married Marjorie J. Smith Feb. 24, 1946, and they celebrated their 71st wedding anniversary in 2017. Kenneth graduated from Sedan High School and attended the University of Kansas. He graduated from the University of Texas at Austin, with a bachelor of science degree in mechanical engineering. He was an active lifetime member of the United Methodist Church and a member of Wesley United Methodist Church in La Crosse, since 1954, holding several offices. He was a retired officer in the U. S. Naval Reserve, following active duty during World War II and the Korean War. Kenneth was a volunteer with SCORE for 17 years. He was also active in both Cub Scouts and Boy Scouts and was a Boy Scout as a youth. Kenneth was employed by General Electric Company for five years and by The Trane Company for 33 years, retiring in 1987, as manager, contract administration. Kenneth and Marge traveled to Jamaica, the Bahamas, Puerto Rico and Hawaii and after retirement, enjoyed winters for 19 years on North Padre Island in Texas. Kenneth loved to play golf and spend time with family.

He was very active in the Masonic fraternity for over 60 years. He was a Past Master of Badger Lodge No. 345, La Crosse. He was Grand Master of Masons in Wisconsin in 1983 and served as an officer and director of several boards. He was a plural member of Silas Shepherd Lodge of Research No. 1843.

Kenneth was a member and officer of the Scottish Rite Bodies of La Crosse and Eau Claire, Wis. He was coroneted a 33rd degree in 1975. His membership included Smith Chapter No. 13, Smith Council No. 10, La Crosse Commandery No. 9 and York Rite College. He was a Past Sovereign of Chippewa Conclave, Red Cross of Constantine. He was a leader in DeMolay and received the Honorary Legion of Honor. He was also a member of Zor Shrine in Madison, National Sojourners, Ruth Chapter No. 23, Order of Eastern Star, and an honorary member of Bethel No. 27, Job’s Daughters.

Services will be held for Kenneth W. Shannon Monday, Nov. 27, at the Faith and Life Center at Bethany Homes, 2575 7th St. S, La Crosse. Visitation will be from 1 p.m. to 2 p.m. there, followed by a Masonic service at 2 p.m. A United Methodist funeral service will be held there at 2:30 p.m. Jandt-Fredrickson Funeral Homes and Crematory, Woodruff Chapel, La Crosse, is assisting the family with arrangements. Online condolences may be sent at www.jandtfredrickson.com.

The family thanks the staff of Gundersen Short Stay Unit, Gundersen Hospice, and Eagle Crest South for their care.

In lieu of flowers, memorial donations may be given to Frontier Badger Lodge 45, Wesley United Methodist Church in La Crosse, or to the donor’s choice. 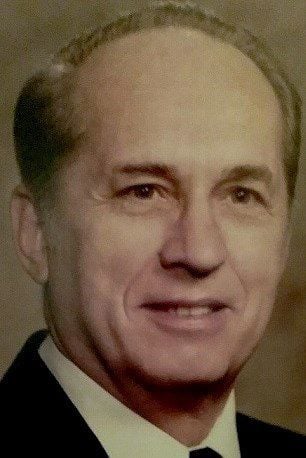