Colin Powell, military leader and first Black US secretary of state, dies at 84

VIROQUA — Richard “Shim” Edward Shimshak, of La Crosse passed away peacefully Tuesday, April 3, 2018, at the age of 91, surrounded by his family’s love at the Bland Bekkedal Center for Hospice Care in Viroqua.

He graduated from Aquinas High School in 1944 with distinguished achievements in varsity football, basketball, baseball, and boxing. He was a member of the first football team to defeat Central High School, a member of the 1944 Aquinas State Championship Basketball Team, and a member of All-City Honors Football Team in 1943. He played on the American Legion All-Stars La Crosse baseball team, winning two state championships. Shim’s team later advanced to the National Championship where he played against Yogi Berra. In 2010, Aquinas High School recognized Shim for his outstanding accomplishments and leadership as a student athlete by inducting him into their Wall of Fame.

On July 5, 1944, Shim was commissioned to and entered the U.S. Naval Academy in Annapolis, Md. As a Midshipman he distinguished himself both athletically and academically. He was a star lineman of the Navy football team. He was among a few Navy Football Varsity Letter winners who also served as a Brigade Commander. In 1948 he was selected to the first team tackle position on the Associated Press Eastern College All-Star team. He also received All-American Honorable Mention as a tackle. Two professional football teams, including the Philadelphia Eagles, recruited him.

He graduated with high honors from the Naval Academy in 1948 with a Bachelor of Science degree in engineering, with an emphasis in marine engineering. During his senior year, he became Captain and Regimental Commander of the Brigade of Midshipman. The Fleet Reserve Association presented the Conduct and Aptitude Award to Shim. At graduation, he was awarded the prestigious “Honor Sword from the Class of 1897,” which epitomizes the Naval Academy tradition of leadership, character, and promotion of the development of the Naval spirit and loyalty within the Brigade. His name remains inscribed on the “Class of 1897 Cup,” which resides at the U.S. Naval Academy. He was among the top five percent of his classmates to receive a letter of commendation from the Admiral and he was also included in “Who’s Who Among Students in American Colleges and Universities.”

Shim loved being and proudly served as a Naval Aviator. His flight training started with a strenuous schedule in military, academic, and physical training in Pensacola, Fla. He then advanced to primary acrobatics and instrumentation, gunnery, tactics, and take-offs and landings aboard aircraft carriers, and later to combat type aircraft. Upon flight training graduation, he won the coveted “Navy Wings of Gold.” Shim especially loved the challenges and thrills of flying Naval jets on and off Naval carriers. Overall, he achieved more than 150 landings and logged over 5,000 hours of day and night flight time.

Following graduation in 1948, the Navy Commissioned Shim to various naval duties at the Academy. He served as Assistant Coach of the Navy Football Team, and a flight training Instructor. He completed tours with Anti-Submarine Squadron 27 and the USS Yorktown. He left full-time duty from the Navy in 1957, with the rank of Lieutenant Commander. However, he remained active in the Naval Air Reserves and was later attached to the Anti-Submarine Squadron 813 as its Anti-Submarine Officer. Shim also kept a commercial pilot rating for a single and multi-engine aircraft, qualifying for land and sea aviation and sailplaning.

In 1957, he joined Dairyland Power Cooperative, where he worked for nearly four decades. Among his many accomplishments with Dairyland, he oversaw the continuous operation of their nuclear power plant in Genoa. Shim led the design and construction of the plant, which was Wisconsin’s first nuclear reactor. Under his leadership, the Genoa facility earned a distinguished, nationally-recognized safety and operational record. He later assumed additional senior management positions with Dairyland including Director of their aviation fleet, and the Genoa power generation and transmission site. He directed large-scale engineering projects, managed Special Nuclear Projects, and ultimately retired in June 1993.

Shim contributed greatly to his hometown community of La Crosse. He taught engineering classes at the University of Wisconsin-La Crosse. He served as Assistant Football Coach for Aquinas High School, and later participated as a high school football referee. He served on the boards of numerous organizations, including as Chairman and Vice Chair of the La Crosse Aviation Board. He was a lifetime member of and active volunteer for the American Legion. Shim was a member of the National Ski Patrol Association and volunteered for nearly 30 years on the Mt. La Crosse Ski Patrol. He also was active as an usher at the former St. Thomas More parish, where he and his family were members for over 25 years.

During his senior years, Shim fully enjoyed the natural setting of his waterfront home where he passionately tended to his roses, geraniums, and tomato plants. He also enjoyed smoking cigars at night on his deck, while stargazing and listening to jazz on public radio.

As part of “the group,” Shim and Betty were blessed with lifelong friendships with their many close high school classmates. Through the years, they enjoyed gathering for steak fries, New Year’s Eve, monthly Bunco, and luncheons. These cherished friendships continued throughout their adult lives and were a source of great comfort and strength to both Shim and his wife Betty.

Shim recently and tenderly told his family that his proudest accomplishment in his life was “marrying your mother — she was something special.” His deep love and devotion to Betty bestowed a profound foundation for their children who were a continuous source of pride and joy. His personal zest for life, value of lifelong learning, high standards for excellence, and support of his children’s individual interests remain an inspirational legacy.

Visitation will be held between 5 and 6:30 p.m. with a Rosary at 6:30 p.m. on Monday, April 9, at Blaschke and Schneider Funeral Home, at 1501 West Ave. South, La Crosse, Wis. 54601. A funeral Mass will be held at 10:30 a.m. on Tuesday, April 10, at The Cathedral St. Joseph Workman, 530 Main St., La Crosse, with Military Honors provided by Active Duty Navy, and the Roy L. Vingers American Legion Post 52. Monsignor Charles Stoetzel will officiate with entombment to be held in the St. Joseph Mausoleum, in the Catholic Cemetery, La Crosse.

The family extends heartfelt gratitude to the skilled staff at the Bland Bekkedal Center for Hospice Care for the attentive and compassionate care they provided to Shim over the past several months. The family also remains grateful to Mr. Robert Cadwell, a hospice volunteer, who provided valued emotional support and friendship to Shim during his frequent evening visits. Finally, the family expresses great appreciation and gratitude to Shim’s many friends and neighbors who provided loving support and care.

In lieu of flowers, memorials may be given to Aquinas High School through The Aquinas Catholic Schools Foundation. Memorials to Richard Shimshak ’48 may be given to the U.S. Naval Academy Foundation Athletic and Scholarship Program (usna.com/Support-the-Academy).

Online condolences may be made at www.blaschkeschneider.com.

How to prepare your home for cooler weather

How to change careers smartly with these easy steps

How to change careers smartly with these easy steps 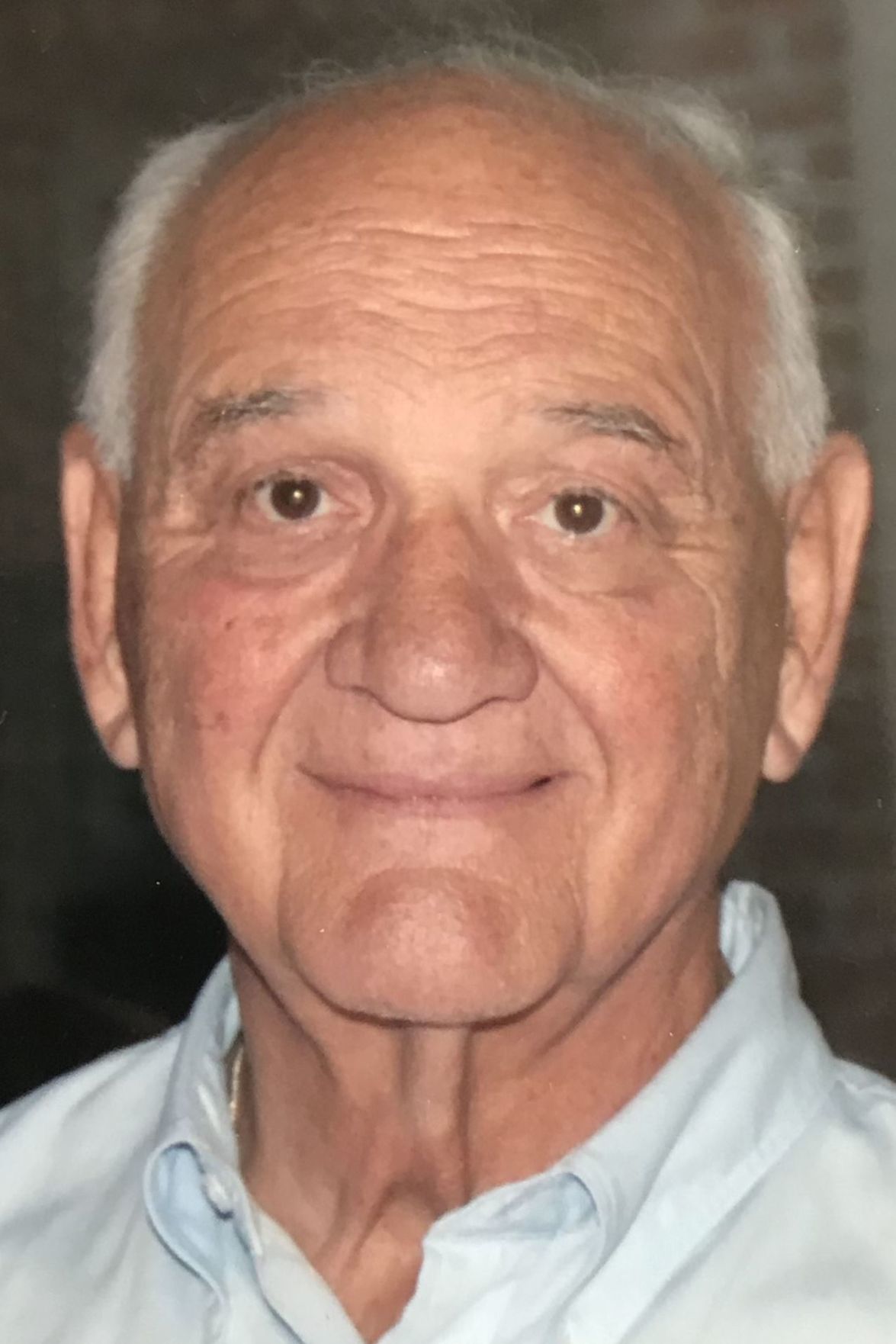