General Motors has unveiled the eighth generation of the Chevrolet Corvette. The model is, arguably, the biggest change for the Corvette since the sports car was first introduced in 1953.

The Corvette has changed a lot over the years, but it has always remained a front-engined, rear-wheel-drive sports car. The new 2020 Corvette has its engine behind the seats, a change that radically alters the car's appearance and, certainly, how it will feel to drive.

"In terms of comfort and fun, it still looks and feels like a Corvette, but drives better than any vehicle in Corvette history," said GM president Mark Reuss.

Putting the engine behind the driver and passenger -- called a rear mid-engined layout -- places the heaviest single part of the car much further to the rear and closer to the driver's seat, making the car feel as if it's centered around the driver. Also, the occupants sit further forward in the car, closer to the front wheels.

Without having to look out over a bulging hood housing an engine, the driver will have much better visibility. A square-shaped steering wheel will allow for a clear view of the Corvette's large digital gauge cluster. Having more weight over the back wheels will also help with acceleration.

The base version of the 2020 Corvette Stingray will have a 495-horsepower 6.2-liter V8 engine. It will also have an eight-speed automatic transmission with paddle shifters. No manual transmission will be offered. Besides being able to shift up or down using the paddles, drivers will be able to uncouple the transmission altogether by pulling on both paddles at once. This will be like holding down the clutch pedal in a car with a manual transmission.

Prices for the new Corvette Stingray will start at just under $60,000, not much more than the current version costs. That announcement came as a surprise to many analysts who had expected that, given the amount of engineering work that had to be done, this price would increase substantially. But Reuss told CNN Business that it was important that the new Corvette remain accessible to the same customers who could afford the current one.

"What we don't want to do is ever walk away from our customer base." he said.

This idea of putting the engine behind the driver in a road car was pioneered in the Lamborghini Miura in 1966. Lamborghini engineers, at the time, were inspired by the Le Mans-winning Ford GT40 race car. GM has long toyed with the idea of a mid-engined Corvette. The company even built mid-engined research cars called CERV I and CERV II (Chevrolet Engineering Research Vehicle) in the 1960s and the CERV III in 1990.

The new Corvette will be the quickest ever made. Equipped with a special performance package, it will be able to go from zero to 60 miles an hour in under three seconds.

Practicality and comfort have historically been selling points for the Corvette. The new model, for example, will have two trunks, one in front and one in back. The front trunk can fit an airline carry-on bag and a laptop bag, according to GM.

The car will go into production this fall at GM's Bowling Green, Kentucky, assembly plant. 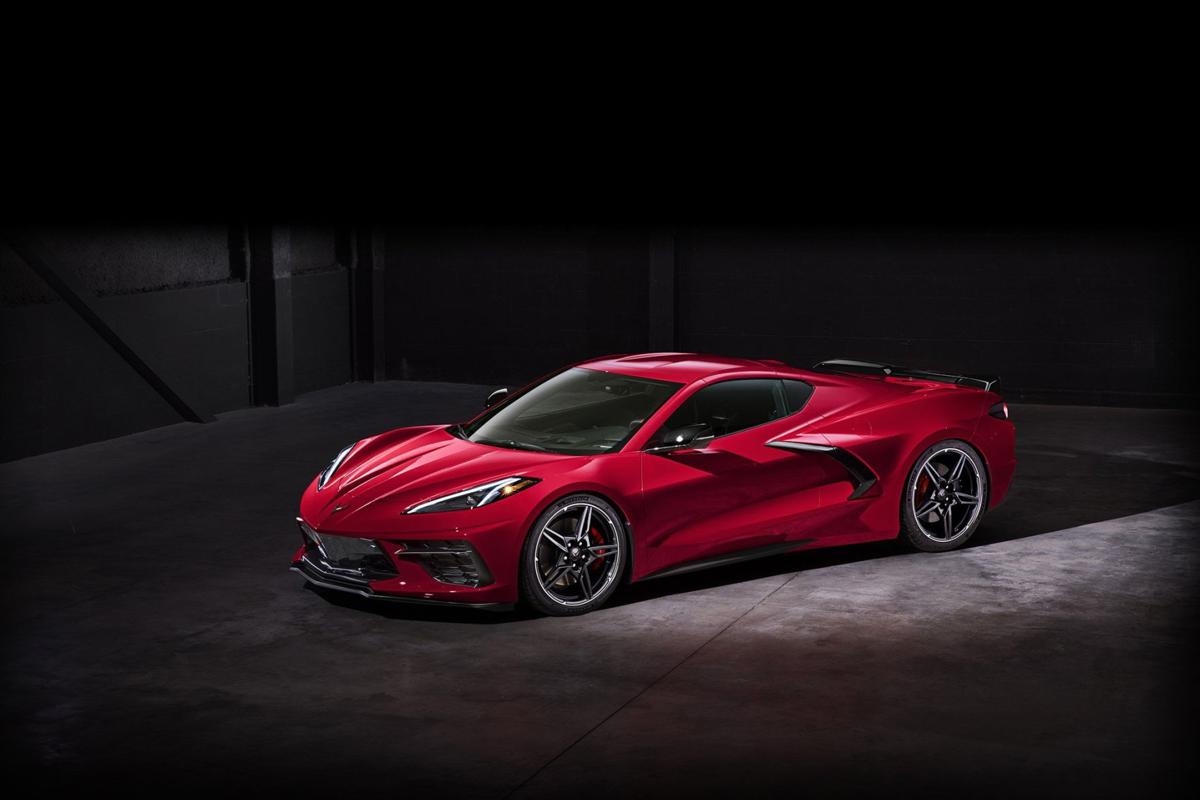 Placing the engine behind the seats allows the Corvette's hood to be lower. 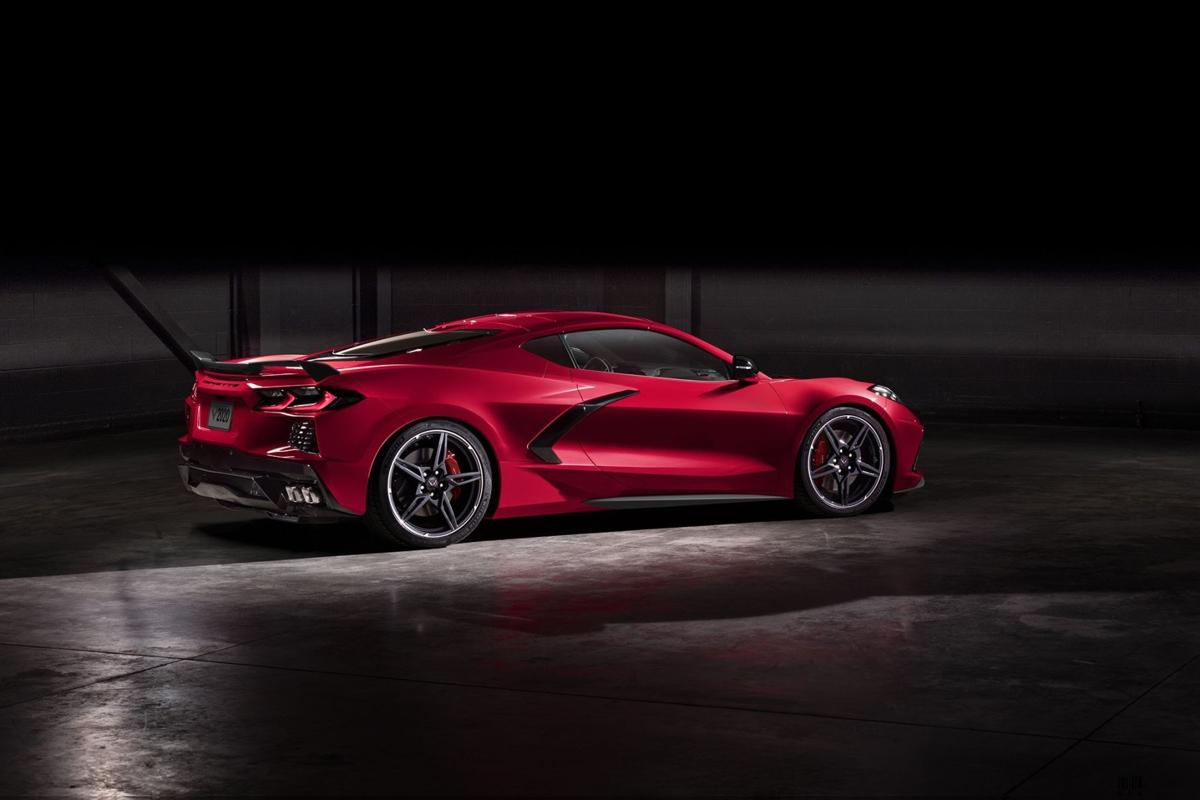 The Corvette was revealed inside a blimp hangar in California. 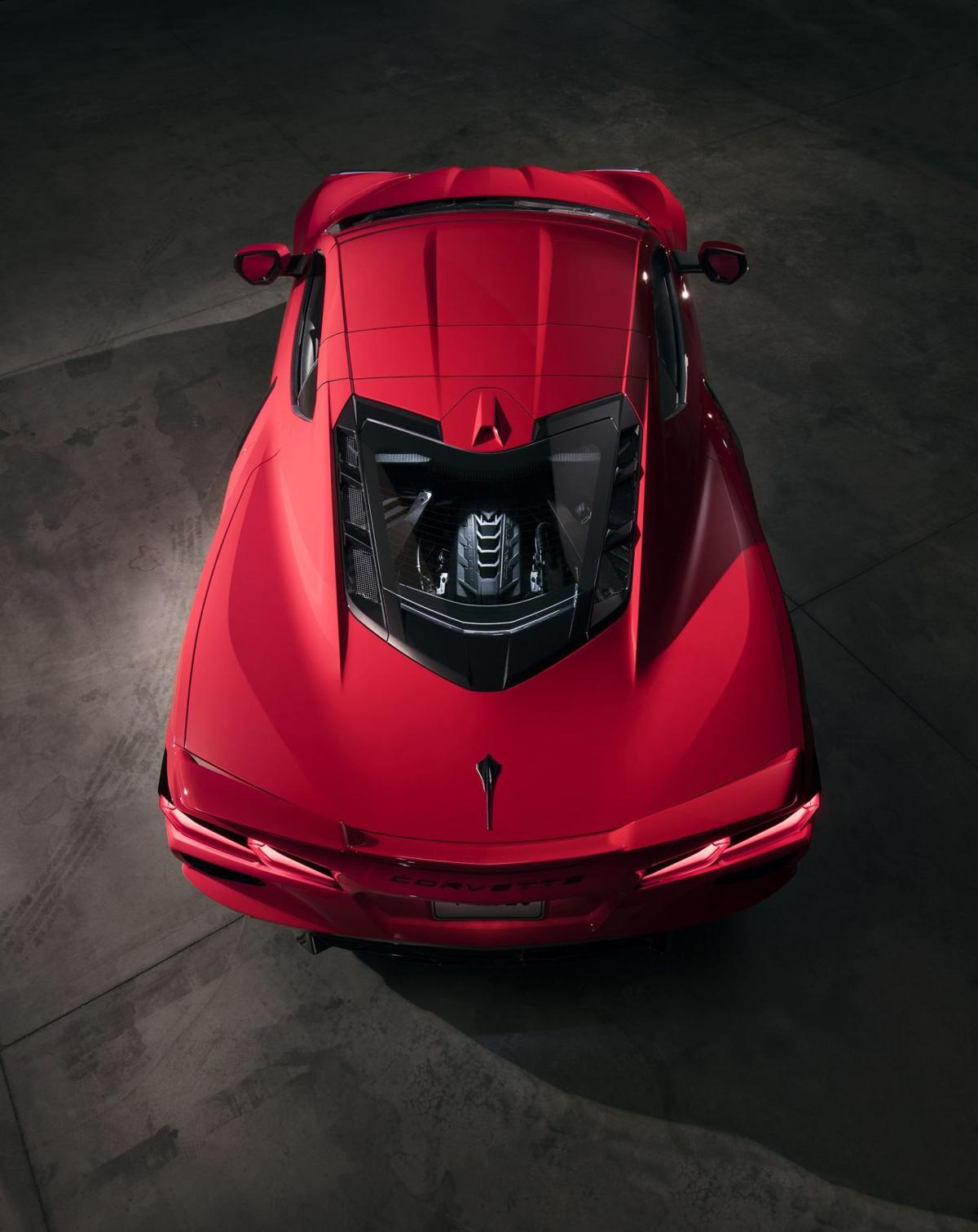 The car will go into production this fall at GM's Bowling Green, Kentucky, assembly plant. 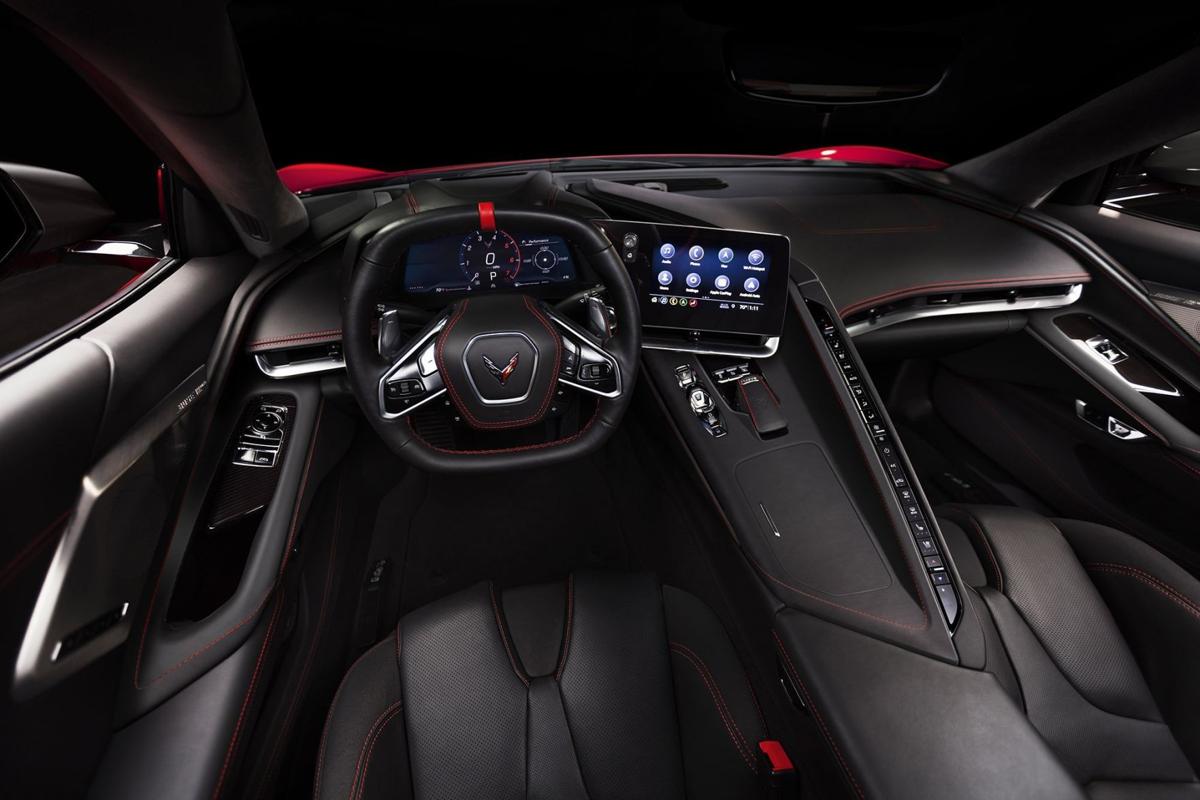 The new Corvette will not be available with a manual transmission, only an eight-speed automatic.