Become a Member
Read Today's E-edition
Share This
Curious Kids: Why are there seven days in a week?
0 Comments
Share this

Curious Kids is a series for children of all ages. If you have a question you’d like an expert to answer, send it to CuriousKidsUS@theconversation.com.

Why are there seven days in a week? – Henry E., age 8, Somerville, Massachusetts

Waiting for the weekend can often seem unbearable, a whole seven days between Saturdays. Having seven days in a week has been the case for a very long time, and so people don’t often stop to ask why.

Some of the earliest civilizations observed the cosmos and recorded the movements of planets, the sun and moon. The Babylonians, who lived in modern-day Iraq, were astute observers and interpreters of the heavens, and it is largely thanks to them that our weeks are seven days long.

The reason they adopted the number seven was that they observed seven celestial bodies — the sun, the moon, Mercury, Venus, Mars, Jupiter and Saturn. So, that number held particular significance to them.

The number seven is not especially well-suited to coincide with the solar year, or even the months, so it did create a few inconsistencies.

However, the Babylonians were such a dominant culture in the Near East, especially in the sixth and seventh centuries B.C., that this and many of their other notions of time — such as a 60-minute hour — persisted.

The seven-day week spread throughout the Near East. It was adopted by the Jews, who had been captives of the Babylonians at the height of that civilization’s power. Other cultures in the surrounding areas got on board with the seven-day week, including the Persian empire and the Greeks.

Centuries later, when Alexander the Great began to spread Greek culture throughout the Near East as far as India, the concept of the seven-day week spread as well. Scholars think that perhaps India later introduced the seven-day week to China.

Finally, once the Romans began to conquer the territory influenced by Alexander the Great, they too eventually shifted to the seven-day week. It was Emperor Constantine who decreed that the seven-day week was the official Roman week and made Sunday a public holiday in A.D. 321.

The weekend was not adopted until modern times in the 20th century. Although there have been some recent attempts to change the seven-day week, it has been around for so long that it seems like it is here to stay.

Hello, curious kids! Do you have a question you’d like an expert to answer? Ask an adult to send your question to CuriousKidsUS@theconversation.com. Please tell us your name, age and the city where you live.

And since curiosity has no age limit — adults, let us know what you’re wondering, too. We won’t be able to answer every question, but we will do our best.

Kristin Heineman does not work for, consult, own shares in or receive funding from any company or organization that would benefit from this article, and has disclosed no relevant affiliations beyond their academic appointment.

This article is republished from The Conversation under a Creative Commons license.

SPARTA-Richard A. “Rich” Huber, 48, of Sparta, died on Friday, November 19, 2021 at Gundersen Lutheran Medical Center. He was born in Janesvil…

Ask Amy: Some scuttlebutt should be shared

Dear Amy: My daughter-in-law’s mother, “Penny,” was cheating on her husband right before he died. Penny moved him into the family home three w…

Dear Amy: My husband died recently after being hit by a car while out on a walk. He left behind two children from two marriages.

Dear Amy: My husband of 50 years has had an “emotional affair” for a year with an old flame from college.

Dear Amy: I’m a single dad. In the past six months, I have met a wonderful woman.

PennyWise Episode 39: Easy ways to save money on holiday decorations this year

Habits to avoid while being a houseguest

Habits to avoid while being a houseguest 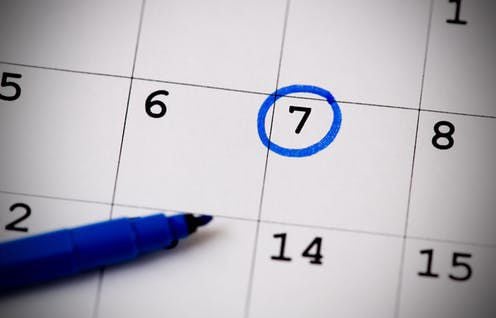 Your calendar dates back to Babylonian times. Aleksandra Pikalova/Shutterstock.com 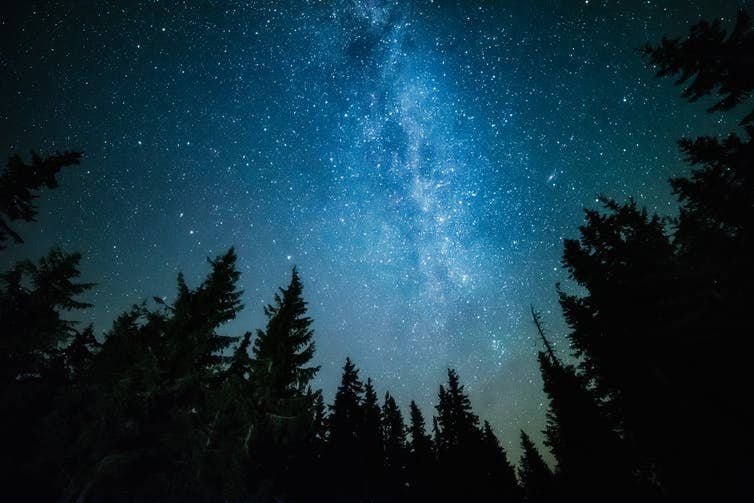 Some of the earliest civilizations recorded the movements of planets, the sun and moon. Andrey Prokhorov/Shutterstock.com