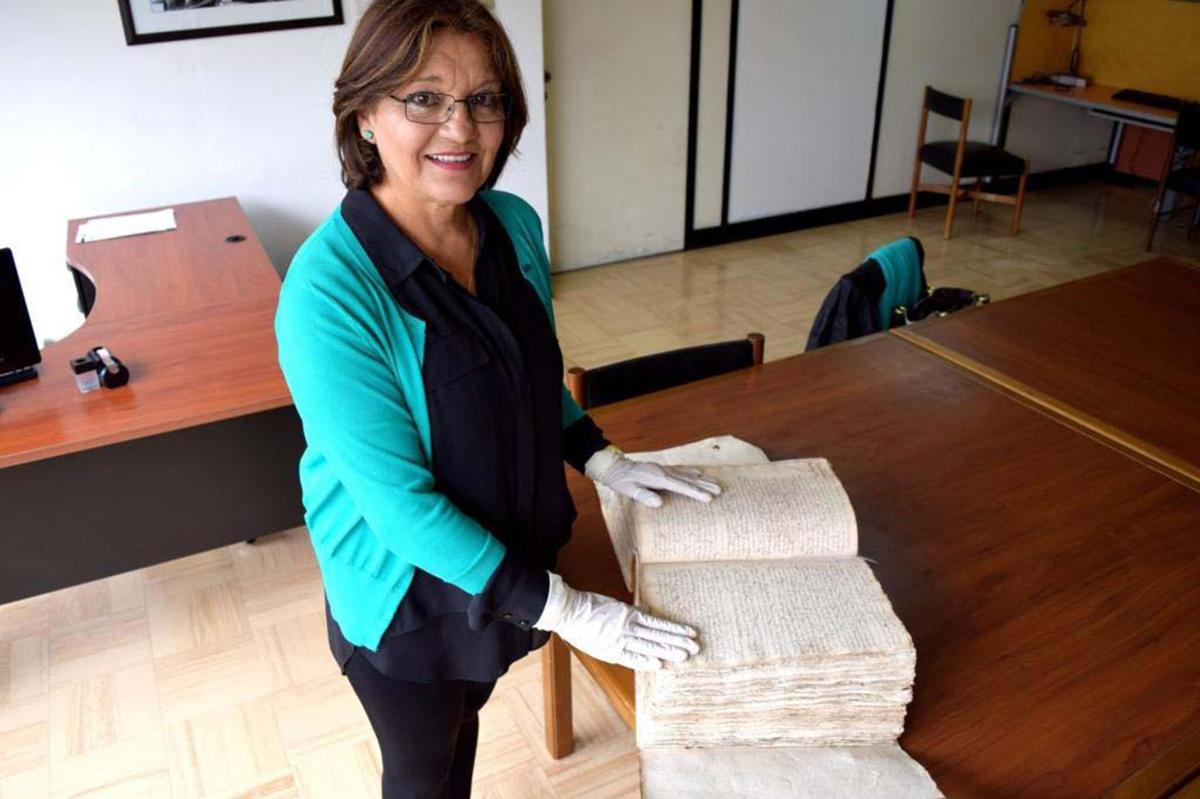 Tamara Estupinan, an Ecuadorian historian, has spent three decades researching Inca history. In this 400-year-old book she found the last will and testament of Francisco Topatauchi, the son of the last king of the Incas, Atahualpa. 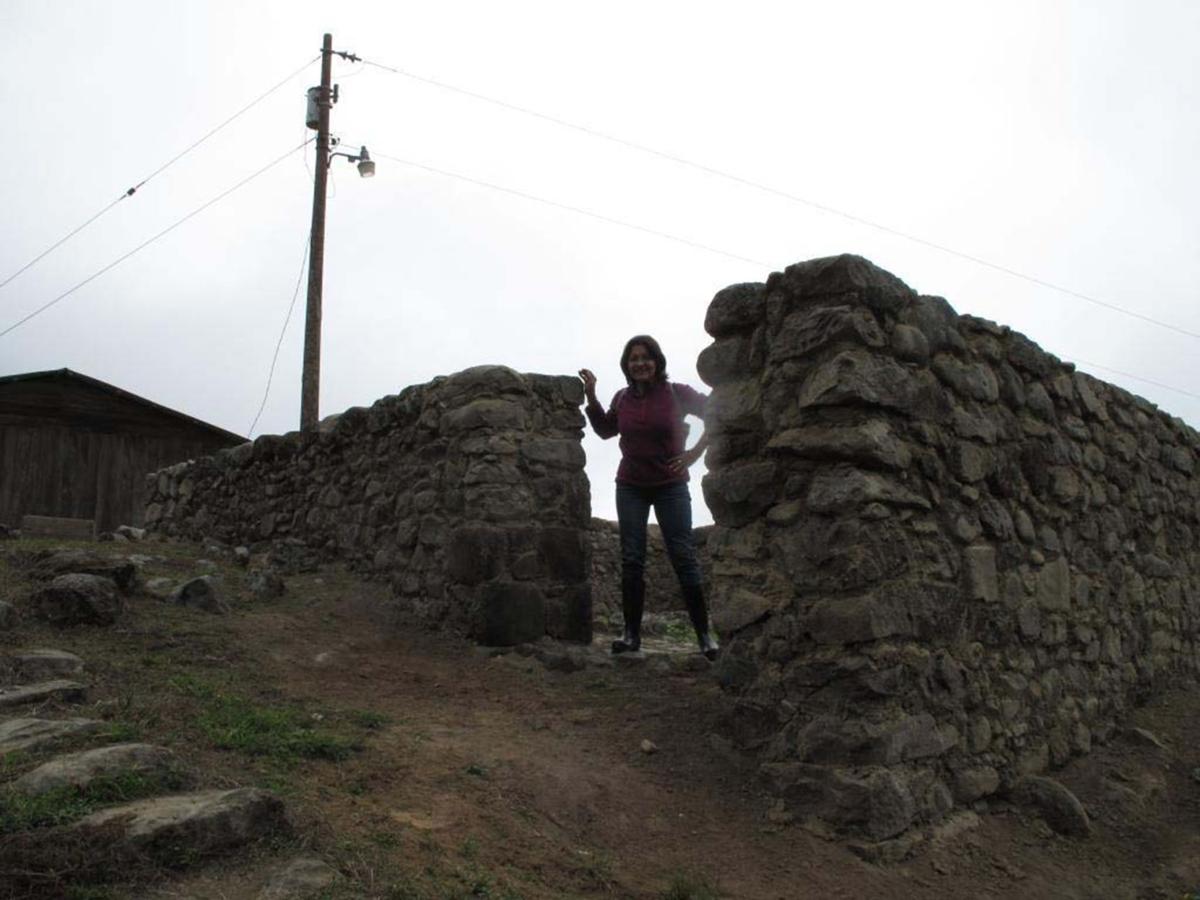 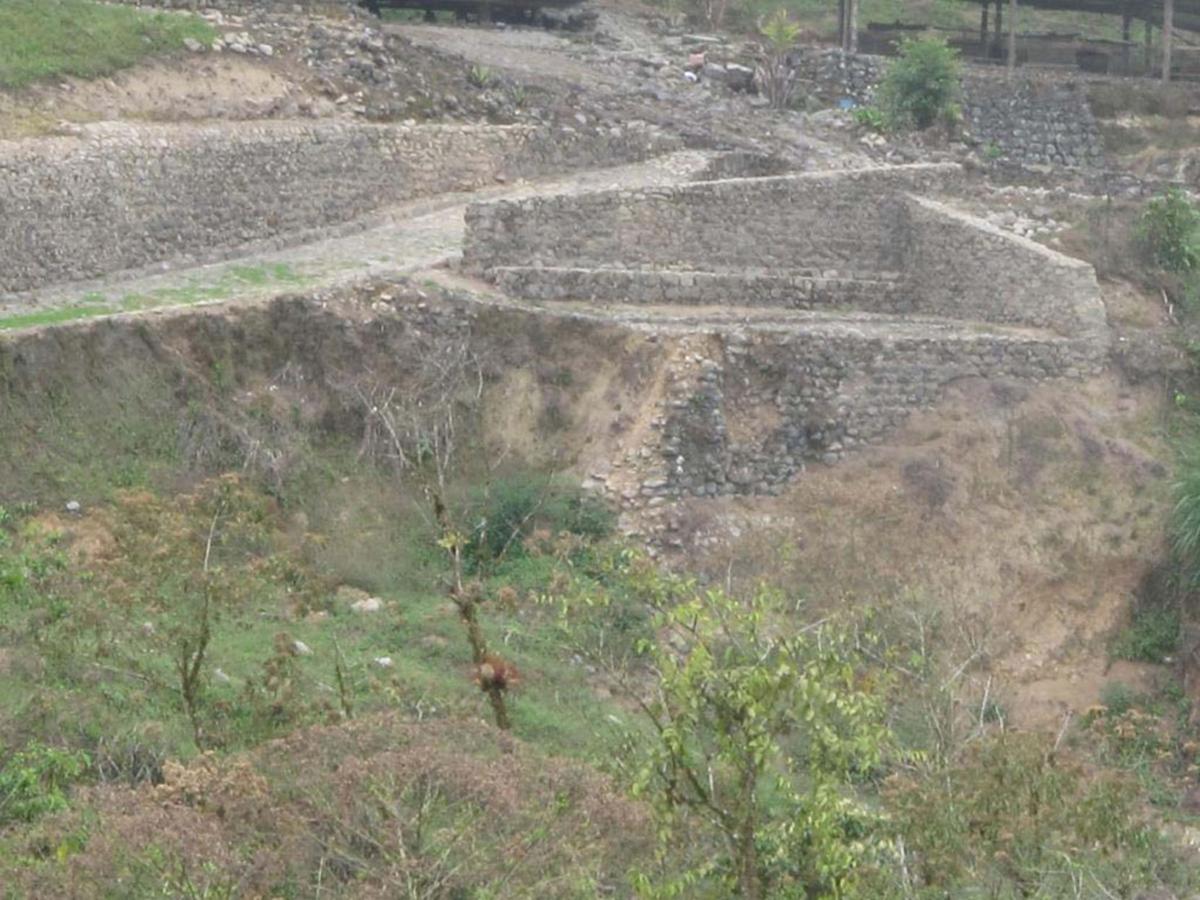 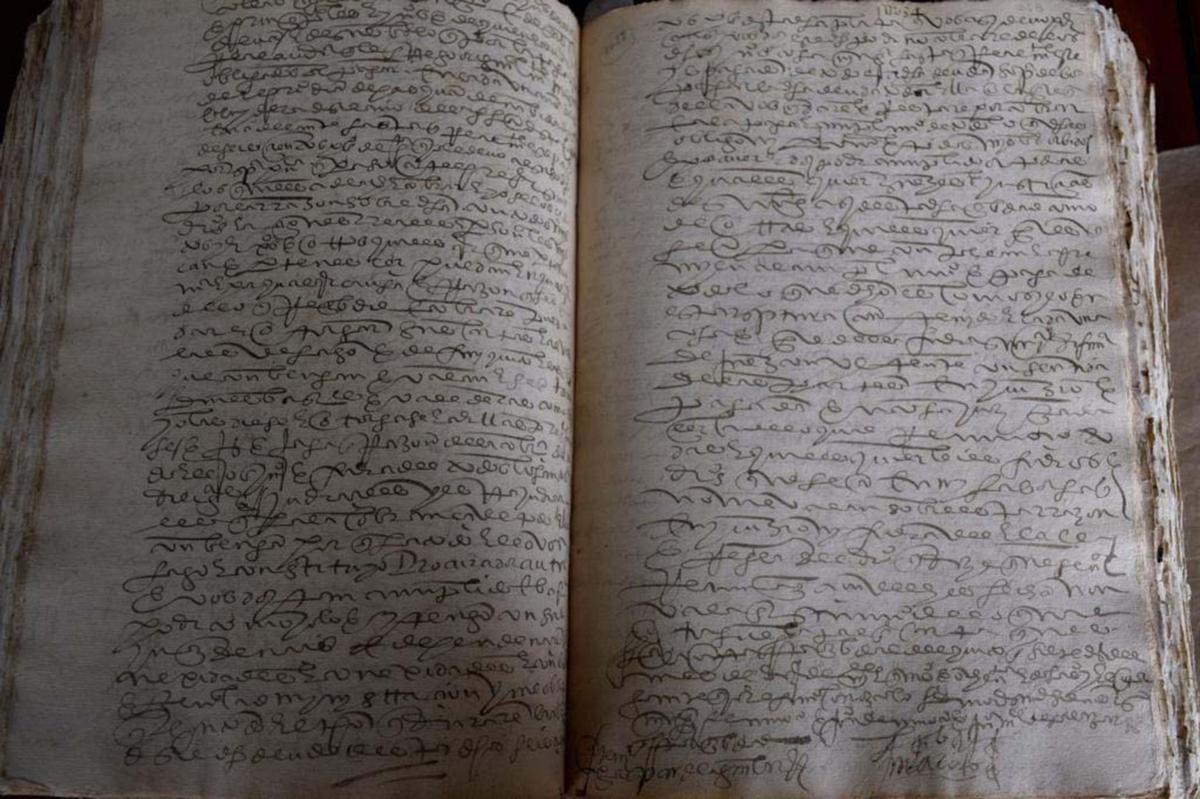 QUITO, Ecuador (TNS) — The historian carefully leafs through pages of a 400-year-old, leather-bound book until she finds the shaky signature. It’s a faint scrawl that has consumed Tamara Estupinan for more than 30 years, led her to find forgotten Inca ruins and sparked an academic firestorm.

The signature, she says, is the key to unlocking two of archaeology’s greatest mysteries: What happened to the body of Atahualpa, the last king of the Incas? And what became of his fabled treasure?

Estupinan thinks she has the answer to both questions. And while she hasn’t found gold, she may have uncovered something considered even more precious.

Pizarro demanded a room full of gold in exchange for Atahualpa’s release, but the impatient Spaniard garroted the ruler before the ransom coming from Ecuador ever arrived. Atahualpa’s body disappeared, and his faithful generals were thought to have stashed the treasure they were hauling in secret caves.

For centuries, scientists, scholars and wild-eyed adventurers have been scouring Ecuador’s misty mountains and water-logged jungles looking for the Incan hoard. Perhaps no treasure but El Dorado, the lost city of gold, has sparked so much interest and intrigue in the Americas.

But Estupinan says she knows why the loot will never be found. What Atahualpa’s followers were really hiding was no mere treasure but the future of the empire itself: the king’s corpse.

For a new Incan king to be crowned, she explained, the ceremony had to take place in front of the mummy of his predecessor.

“For the (Incas) the real treasure was Atahualpa’s body,” she said. “Without a mummy there is no coronation. Without a body there is nothing — it’s as simple as that.”

And she says the book helped her identify the site where Atahualpa’s body was taken.

Not everyone agrees with her conclusions — especially since no remains have been discovered during initial investigations at the site she identified.

Miguel Fernando Mejia, the head of the archaeology department at Ecuador’s Institute of Patrimony, which safeguards national cultural treasures, says there’s no doubt that Estupinan has made a significant archaeological discovery. But he said the verdict is still out on whether the ruins are truly the resting place of the last Inca.

“There are several archaeological sites that are fighting for that same title,” he said.

But Estupinan says the evidence is clear — and it started with the book and the signature.

As a young historian in the 1980s, Estupinan became fascinated with ancient economic texts (bills of lading, warehouse reports, real estate transfers) that many researchers would find mind-numbing. One day, as she was meticulously making her way through a massive, 4,000-page tome, she stumbled across the last will and testament of Atahualpa’s son, Francisco Topatauchi, written on Dec. 16, 1582 — 50 years after his father’s death.

The document had been hiding in plain sight for centuries, as few had learned to read the intricate Spanish writing of the time. It took Estupinan almost a year to transcribe the seven-page document into intelligible text.

The discovery was significant, though at the time it seemed mundane: a basic list of the son’s homes and land holdings, passed down from his father. Estupinan wrote about it in academic journals and moved on.

But over the years, her research kept bringing her back to the will. In 2003, as she researched the life of famed Incan general Ruminahui, she discovered a curious pattern. The general — who has been rumored to have played a role in hiding the treasure — and other Incan officials all converged on a remote area of Ecuador called Sigchos, about 70 miles southwest of Quito.

“Why was everybody heading toward Sigchos, a place that was really in the middle of nowhere?” she asked. “Because that’s where they were taking what was most important to them, the body of Atahualpa.”

When she went back to the son’s will, Estupinan found that Sigchos was part of Atahualpa’s landholdings.

Working on a hunch, Estupinan began researching Incan death rituals and discovered that a ruler’s mummy was referred to as a malqui. And, sure enough, there was an area called Malqui near Sigchos. A few years later, Estupinan was studying an old map when she found another piece of the puzzle: an area called Machay, an Incan name that refers to final resting places, also near Sigchos.

Estupinan said the use of two such culturally charged words — mummy and final resting place — in the heart of Atahualpa’s historic landholdings couldn’t be a coincidence.

“They weren’t going to name an area Malqui-Machay just because they felt like it,” she explained. “There had to be something there.”

In 2010, Estupinan threw down the academic gauntlet. She led an archaeologist to the region, convinced they would find the resting place of the last Incan king.

“It was terrifying because I was putting my academic prestige on the line,” Estupinan recalls. “This was going to prove that I was either a charlatan or someone doing real scientific research.”

With the help of some villagers, they eventually stumbled on an area where thick brush concealed previously unknown Incan-style stonework.

“When I got to the top of the mountain, I started seeing walls and walls and walls,” Estupinan said. “I got goose bumps … and started screaming ‘We’ve discovered Malqui-Machay, the last resting place of the Inca!’”

The 2010 discovery made news around the world and led the government of Ecuador to protect the archaeological site. But it also ignited debate about exactly what Estupinan had discovered.

The site sits in a wet and windswept area that isn’t typically associated with Incan construction. Built around a trapezoidal plaza with a network of stone walls and water channels, the complex was likely an Incan governmental or religious site, most academics agree. But they’re more wary about Estupinan’s claim.

“It was easier for me to discover the site than to prove what I’ve discovered,” Estupinan lamented.

David Brown, an archaeologist and retired professor from the University of Texas who has done research at Malqui-Machay, calls Estupinan a “world class” researcher who has found something that’s “undeniably important.”

“It’s an incredibly unique site and a unique area, and all the evidence suggests that it was an extremely late site, only begun, perhaps, as the Spanish were punching north up through the valley,” he explained. “It could be what she says it is, but as an archaeologist, I would rather see physical evidence.”

The Incas, Estupinan notes, didn’t bury their dead rulers. They kept them out in the open as “living oracles.”

And as the once mighty Incan empire collapsed, the body was likely lost in the chaos, she speculated.

For Estupinan, there’s no doubt about what she found. But she also knows that what she needs to fully validate her discovery won’t be in a book.

The crash happened about 90 miles southwest of St. Louis in Crawford County after a U-Haul driver lost control of the truck, authorities said.

Tamara Estupinan, an Ecuadorian historian, has spent three decades researching Inca history. In this 400-year-old book she found the last will and testament of Francisco Topatauchi, the son of the last king of the Incas, Atahualpa.