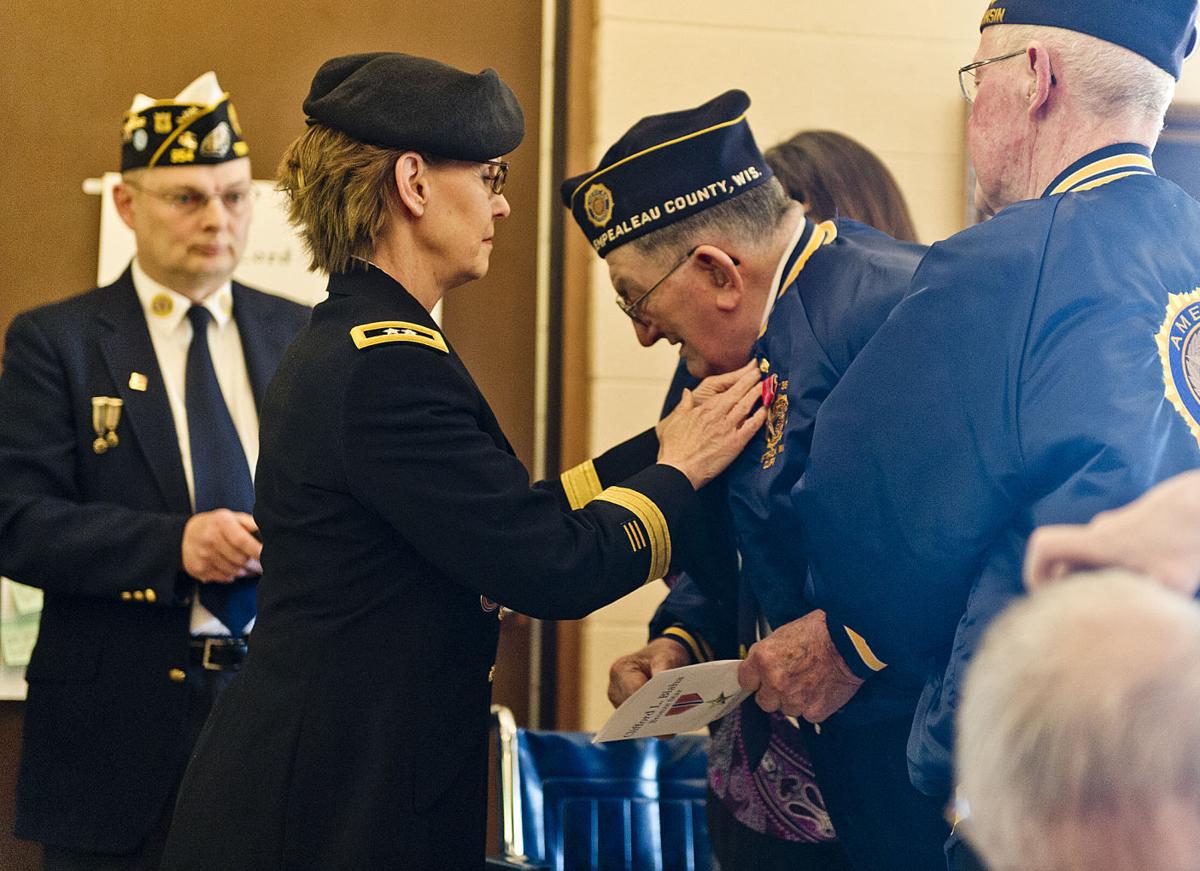 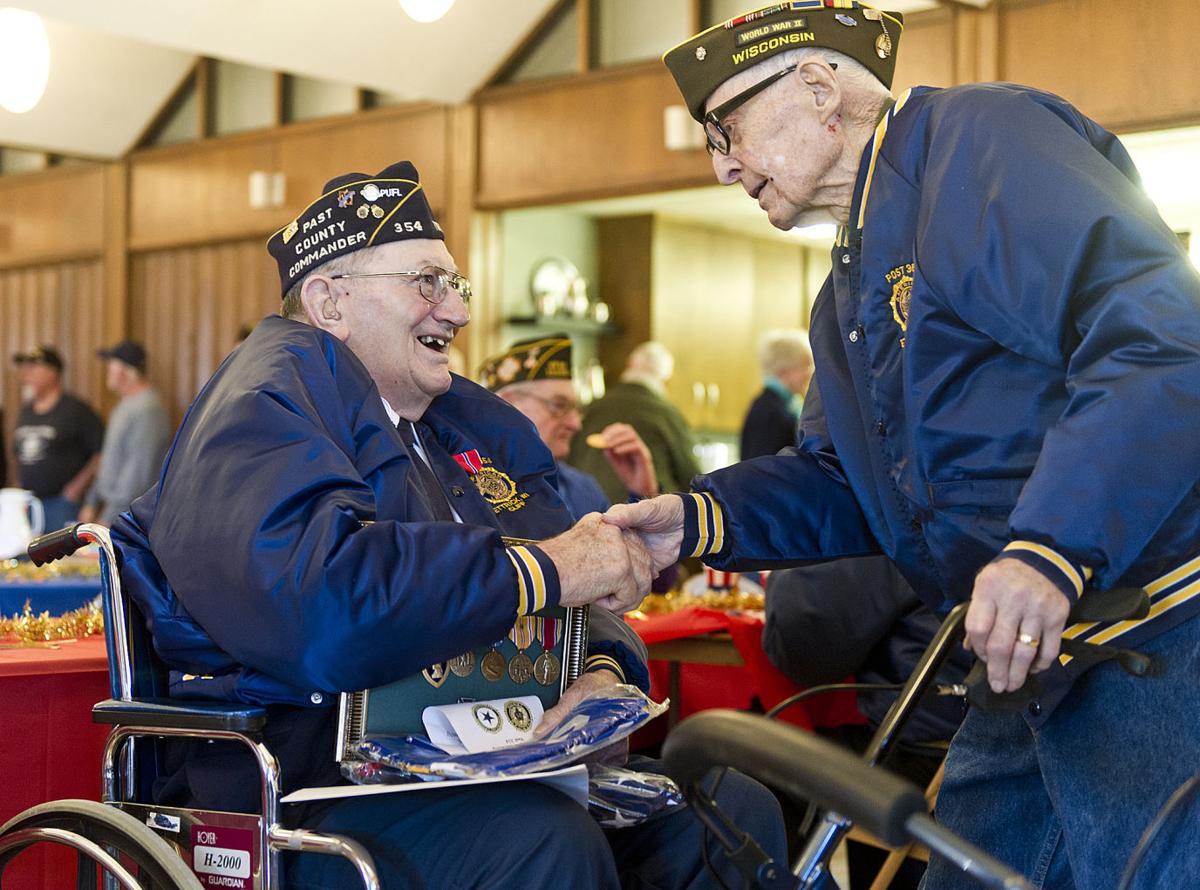 ETTRICK, Wis. — Clifford Blaha is a war hero, but he doesn’t make a big deal of it. So, on Saturday, his friend Paul Beseler saw to it that the 89-year-old received the Bronze Star he earned in the Pacific Theater during World War II.

Beseler, vice commander of American Legion Post 354 in Ettrick, Wis., believed it was time for his fellow Legion member and friend of six years to receive the medal he earned 70 years ago.

Blaha, 89, who was born in Arcadia and grew up in Ettrick, is a World War II veteran who joined the U.S. Army right after high school.

Blaha fought in the the Philippines and the Battle of Okinawa in 1945.

During 82 days of combat, Blaha was shot once through the arm during the Battle of Okinawa.

“That wasn’t good enough to get him out,” Beseler said.

The last day of the Battle of Okinawa, Blaha was shot in the back. After 208 days of combat against the 7th Infantry Division, the Japanese troops surrendered.

In 1947, the Bronze Star, the fourth-highest U.S. military decoration, became retroactive for soldiers who had earned a Combat Infantryman Badge or the Combat Medical Badge during World War II. But some didn’t get the newly created medal: They just went home, Beseler explained.

Beseler knew Blaha was one of those soldiers who “just went home.”

“We were talking about medals, and he said he didn’t have a Bronze Star, and I called up the Veterans Service Office,” Beseler said.

It was simply, “A big surprise,” Blaha said.

Blaha said he thought it was an afternoon Legion meeting.

What he didn’t know was his family, friends and almost 20 soldiers from Fort McCoy, Wis., would be honoring him at Living Hope Lutheran Church in Ettrick.

Standing from his wheelchair, Blaha’s Bronze Star was pinned on his jacket by Gen. Karen LeDoux, commander of the 88 Regional Support Command and senior commander at Fort McCoy.

The Bronze Star now sits by his Purple Heart — two of seven medals he earned in the service.

Amanda DeBoer, 17, and Avery DeBoer, 15, said it felt good to see their grandfather receive the recognition.

“I remember when I was little him telling different stories of battles he was in,” Avery said.

Blaha will be a 70-year member of the American Legion in August, and is a life member of the DAV, Purple Hearts, VFW and Ettrick Lions.

While describing his friend in admiration and in respect, Beseler said he didn’t learn about the details of Blaha’s service from Blaha, who minimized almost everything.

“That’s part of his character, and you would have never guessed. It just would not dawn on you,” Beseler said.