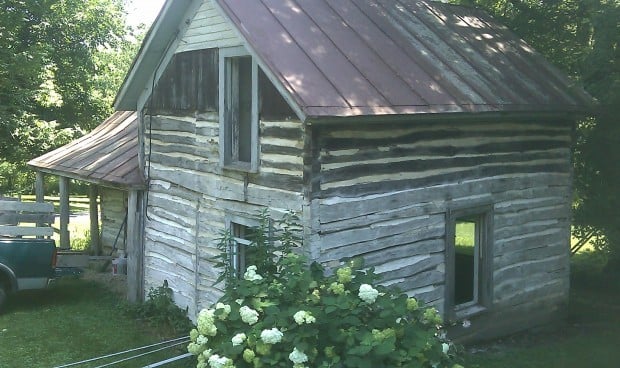 This pioneer-era cabin will be moved this weekend from its current location in rural Leon, Wis., to Brambleberry Bed and Breakfast in rural Taylor. 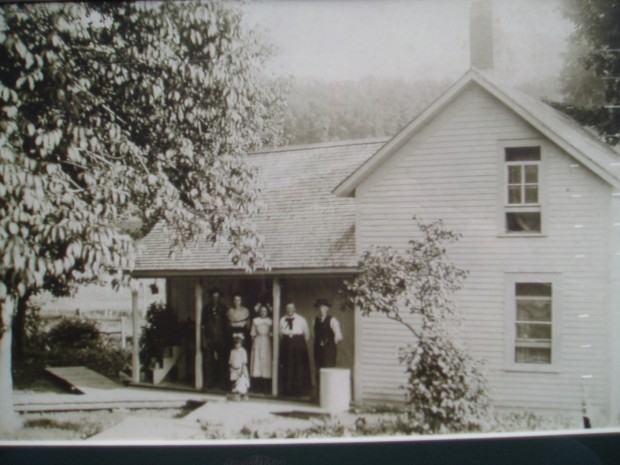 This historic photo shows a family standing in front of the cabin about 1910.

It’s a little cabin that needs a new home.

Thanks to help from the Preservation Alliance of La Crosse, a pioneer-era cabin is about to be relocated from the rural Leon, Wis., property of Sarah and Harry Hughes to Brambleberry Bed and Breakfast in rural Taylor, Wis.

The cabin’s new owners are La Crosse Tribune Executive Editor Chris Hardie and his wife, Sherry, who also own the bed and breakfast.

The cabin is charming, Sarah Hughes said, but needs maintenance they aren’t in a position to do. So the next best thing was to find someone who would do right by the old building.

“I’ve already spent many hours at the cabin tearing out plaster and lathe that covered the interior log walls,” Chris Hardie said, a first step before the cabin can be disassembled and moved.

“My goal is to take it back to the original state, within reason,” he said. “To have a structure built by some our area’s early settlers on my family farm seems like a great fit. Our plan is to use it as a sugar shack and perhaps even add some historically appropriate furnishings.”

The Hughes are donating the cabin to PAL, which is giving it to the Hardies with an agreement that the Hardies will care for it. The alliance made a similar agreement last year to save a different cabin.

The Hardies were runners-up to receive last year’s cabin but lost out to a relative of the original cabin owner. That was fine with them because they thought relatives should have it. But when this opportunity came up, PAL said it was the Hardies’ turn.

“I’m excited to save these old buildings,” PAL board member Dan Estep. “It’s in even better shape than the one we bought last year.”

“We are people who are concerned about the history of architecture that as much as possible can be saved for future generations. It doesn’t matter if it’s a mansion or a tiny little shack. It should be saved so other people in the future can see it.”

At one time, the cabin was sided over, but he Hugheses removed it when they bought the property.

“You kind of see it when you first turn into the driveway — it’s the old homestead,” Sarah Hughes said. “We love it, but the poor thing. Once the siding was off and the chinking started coming off,” she said, they could see the cabin was going to quickly deteriorate if someone didn’t rescue it.

Historical buildings can’t always stay where they were built, Estep said. Sometimes they need to be moved to save them.

“Chris’ farm up there is also a beautiful setting,” he said. “It’s going from one really neat home to another.”

The cabin will be disassembled and moved on Saturday and Sunday. If you want to help, you can meet at 8 a.m. Saturday at the Pump House to car…

This pioneer-era cabin will be moved this weekend from its current location in rural Leon, Wis., to Brambleberry Bed and Breakfast in rural Taylor.

This historic photo shows a family standing in front of the cabin about 1910.