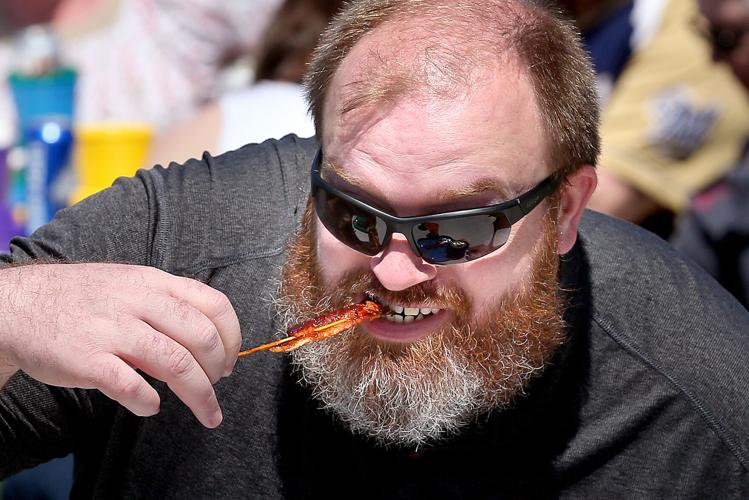 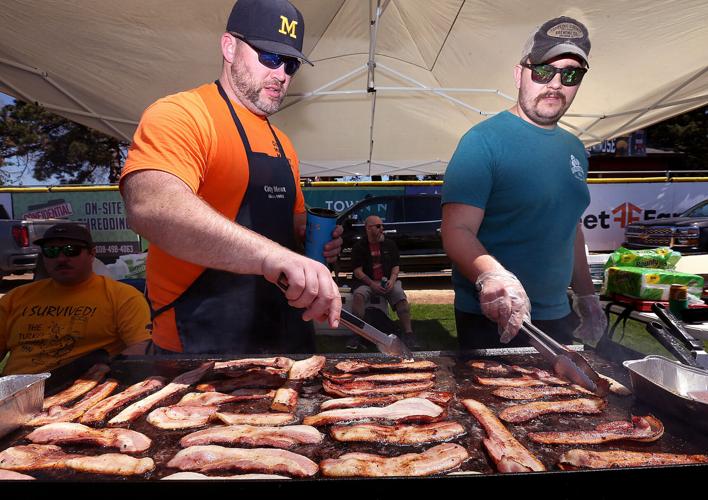 “The first ever Bacon Fest in La Crosse was a huge success. It was very evident that even Mother Nature loves bacon,” said Paul Pehler, president of River Valley Media Group.

“This event couldn’t have been possible without the collaboration of all our vendors, and the gracious sponsorships of Festival Foods, Farmland Bacon, Wisconsin Clothing Co. and Casino Queen. Copeland Park & Event Center was the perfect host, and we’ll absolutely look to make them home of Bacon Fest for years to come.”

The People’s Choice vote for best bacon dish went to Neule’s Vogue, and the runner-up went to Schindoggies.

“We were thrilled to have sold out three days prior to the event and hope to increase the available number of tickets for next year,” Pehler said. “Next year we’ll plan for more vendors and will absolutely bring back the Bacon Eating Contest, as it was one of the highlights of the day.

“Final tallies are still being calculated, but we’ll have raised a very generous contribution for the WAFER food pantry, who supplied volunteers for the day,” Pehler said.