Become a Member
Read Today's E-edition
Share This
Balancing good with good for you: Kwik Trip dietitian talks about healthy offerings
0 Comments
Share this
1 of 2 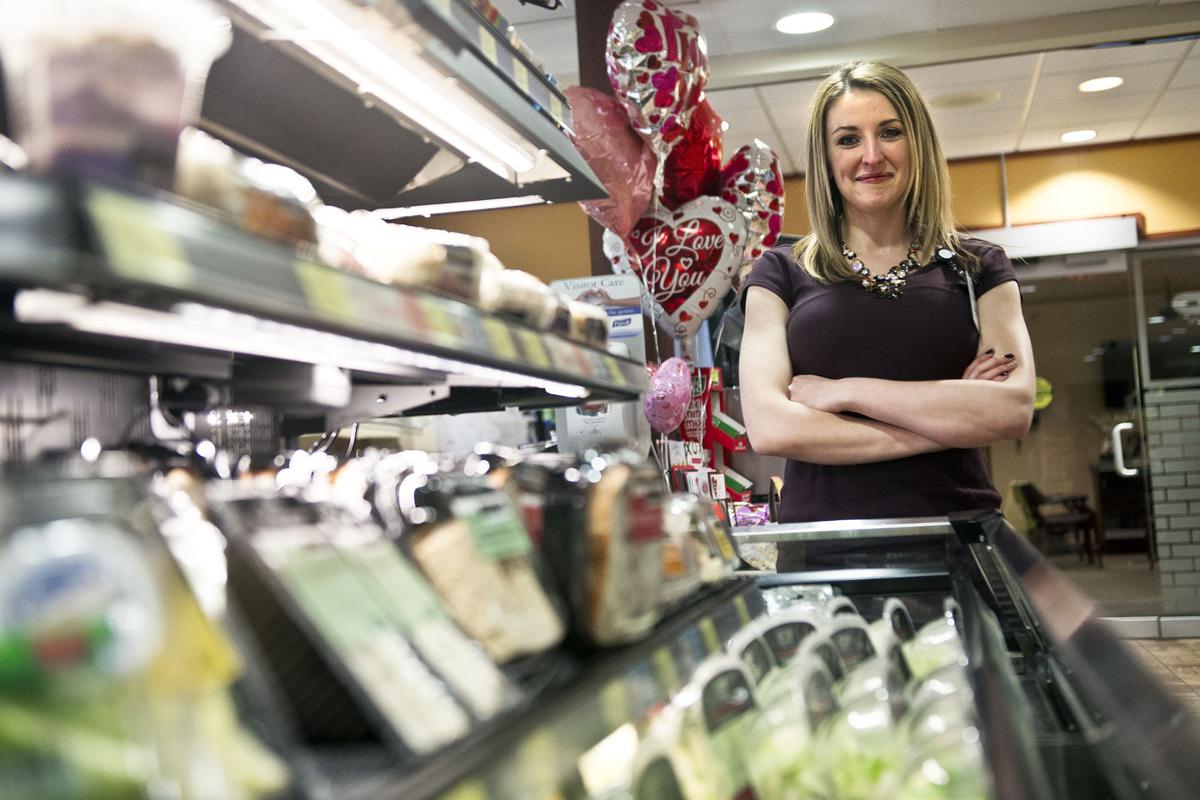 Erica Flint, a registered dietitian for Kwik Trip, in the lobby store at the headquarters of Kwik Trip in La Crosse on Thursday. 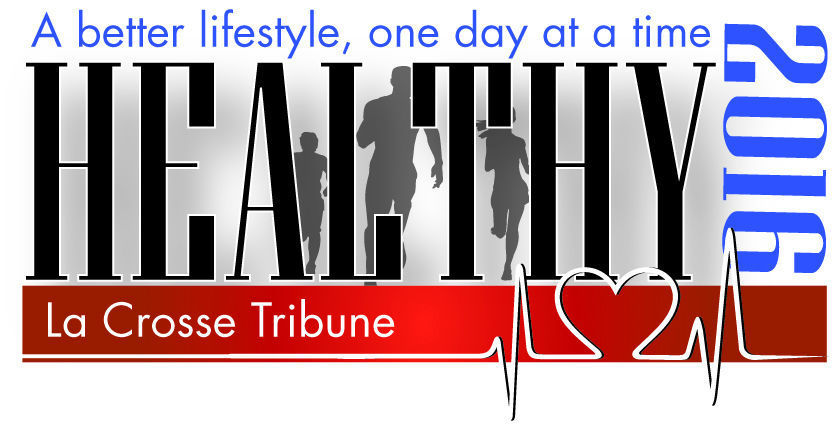 If you live in southeast Minnesota or southwest Wisconsin, chances are you’ve stopped at a Kwik Trip for a quick fill-up and a snack on your way to work.

But it’s equally likely you’ve dashed in for some milk and eggs, and grabbed a banana while you were at it.

Those foods aren’t placed in Kwik Trips by mistake. The convenience store company, based in La Crosse, recently re-committed to the Partnership for a Healthier America, a nationwide nonprofit devoted to addressing childhood obesity.

The Daily News talked with Erica Flint, a registered dietitian in food research and development at Kwik Trip, about her work and the company’s commitment to health. The interview has been edited for length and clarity.

What do you do as a registered dietitian at Kwik Trip?

We have a commissary, we have a dairy and beverage plant, and then we have the bakery, so we produce a lot of items here that we make in our own facilities, that need to have nutrition labels applied to them. I do all the calculating of the nutrition, and I get to go out and work with the community at different events. I work a lot with a healthy concessions program, with the school district of Onalaska, and the YMCA, and Gundersen Lutheran.

Throughout Kwik Trips, we have an Eat Smart program that I worked on. It just features some combinations of foods that people can put together. It specifies a calorie count, saturated fat, things like that.

Is that identified by a label in the store?

They’re all kind of pick-and-choose items, so it’s just in a brochure. You can pick it up, usually above our fresh cooler cases, and then it kind of highlights some of the other healthy offerings that aren’t in meal format.

And I oversee the agreement we have with Partnership for a Healthier America, and do a lot of reporting on that, making sure that we’re meeting our commitments there. We just wrapped up our first two-year commitment with them at the end of January, and February marked our new start date.

What all is involved in the partnership?

When Michelle Obama came into office, she started up the Let’s Move initiative. This is like a subcommittee of that, so it’s specifically designed to take more private sector people and have them set goals targeting childhood obesity. And then the program holds you accountable.

I also sit in on all of our production meetings, so we work with the different departments just to talk about, when we’re creating something, how can we do this a little bit differently to make it a little bit more beneficial to someone’s health.

What would be an example of one of those products?

On our hot spot, or hot food case, there was a sandwich that we brought in that was more of a healthy option. It wasn’t breaded, it was an oven-roasted chicken breast, but the sodium content was still pretty high.

So we went back to the manufacturer and we said, we’re really trying to make this into a bit healthier of a sandwich, so what can we do? And their staff worked with it and got the sodium down. It’s a good improvement from where it was.

They had a tasting panel too, and the panel actually liked that version better. And so instead of just reworking it for us, they ended up rolling it out for their entire offering, and just got rid of the old one. So it was really a cool thing, and it was able to impact people beyond just our customer base.

How do you balance the need to satisfy a range of customers with your push for healthy options?

We do get naysayers who say, you sell cigarettes, and you sell junk food, and we do. We do sell those things. But frankly, so do grocery stores. And I think that people, because there’s a magnitude of healthy choices in a grocery store, think they’re healthier than a convenience store. But we’re the same thing with a smaller footprint.

Nobody wants to be told how to live their life. Nobody wants us to tell them what the right thing to eat is. I’m a dietitian, but I still like to eat a candy bar every now and again. On certain days, I’ve earned that (laughs).

So it’s just about having different offerings, just trying to have a nice balance.

One of our big initiatives in the last year has been offering the fresh meat cases in our stores. And that has been super-big in my world. Because it’s really cool that you can stop at a convenience store and it’s not just about picking up some snacks. You can stop there and put together a whole meal ... You can make a truly balanced meal for your family and it’s still relatively affordable.

So that was big. Especially since we do serve a lot of communities that are more rural. And the next grocery store might be a ways, and you might not have time to get there.

What role does Kwik Trip play in food access for rural and low-income communities?

We try to really price some of those commodity items, like the bananas, like our eggs, and our bread and things that are staples to people’s diet, we really try to price them low. So that even if there’s a food access issue, they can still get these things. You’re not price-gouged because there’s nothing else around. These prices are pretty much universal to all stores.

That’s very near and dear to me because there are a lot of places that just don’t have access. Or even if it’s not a lack of access in the area, maybe the family doesn’t have a means to get there.

We do also work a lot with Channel One (food bank) and have a food donation program in our stores. It’s important that that doesn’t go to waste—the baked goods, bananas, sandwiches. We do have some foods that we can’t donate, but the majority of our food is to be donated.

What kind of response do you get for healthier offerings?

Typically it’s pretty good. Not everyone is going to like everything you do, but overall the feedback is pretty favorable.

The communities that we are in tend to embrace us. Our guests in general are really vocal and willing to tell us what their needs are. And then we can react to that.

Do you have plans to expand healthy offerings?

Absolutely. We’re always looking for offerings that we can add to the lineup. Watching the trends, that type of thing.

Sometimes it’s not even things that we make here, but from our outside vendors. It’s really the whole company — the philosophy of this place, and the ownership, that we want to do right for our communities and our guests.

One of my favorites is when they talk about when Kwik Trip started to sell bananas. At first they would just hang out, nobody bought them, because it was uncommon for a convenience store to sell bananas. But they said, we’re not going to throw those bananas away, so you better find a way to sell them, and lo and behold, we did. And we sell literal tons of bananas every year.

And that’s really cool because it has also impacted a magnitude of people’s diets, even if that’s the only healthy choice they make that day.

Even if they’re small, incremental changes, they are changes, and it’s progress.

On crazy weeknights, sometimes the only thing standing between you and yet another order of takeout ... Is a box of pasta.

Lighten up with creamy, dreamy desserts

If you have been binging on rich and creamy desserts for the past month and cannot suppress your sweet-tooth cravings, at least cut some of the fat.

On crazy weeknights, sometimes the only thing standing between you and yet another order of takeout ... is a box of pasta.

Kwik Trip Inc. is asking the city of La Crosse to vacate portions of three streets as the convenience store giant expands its campus in the No…

Erica Flint, a registered dietitian for Kwik Trip, in the lobby store at the headquarters of Kwik Trip in La Crosse on Thursday.