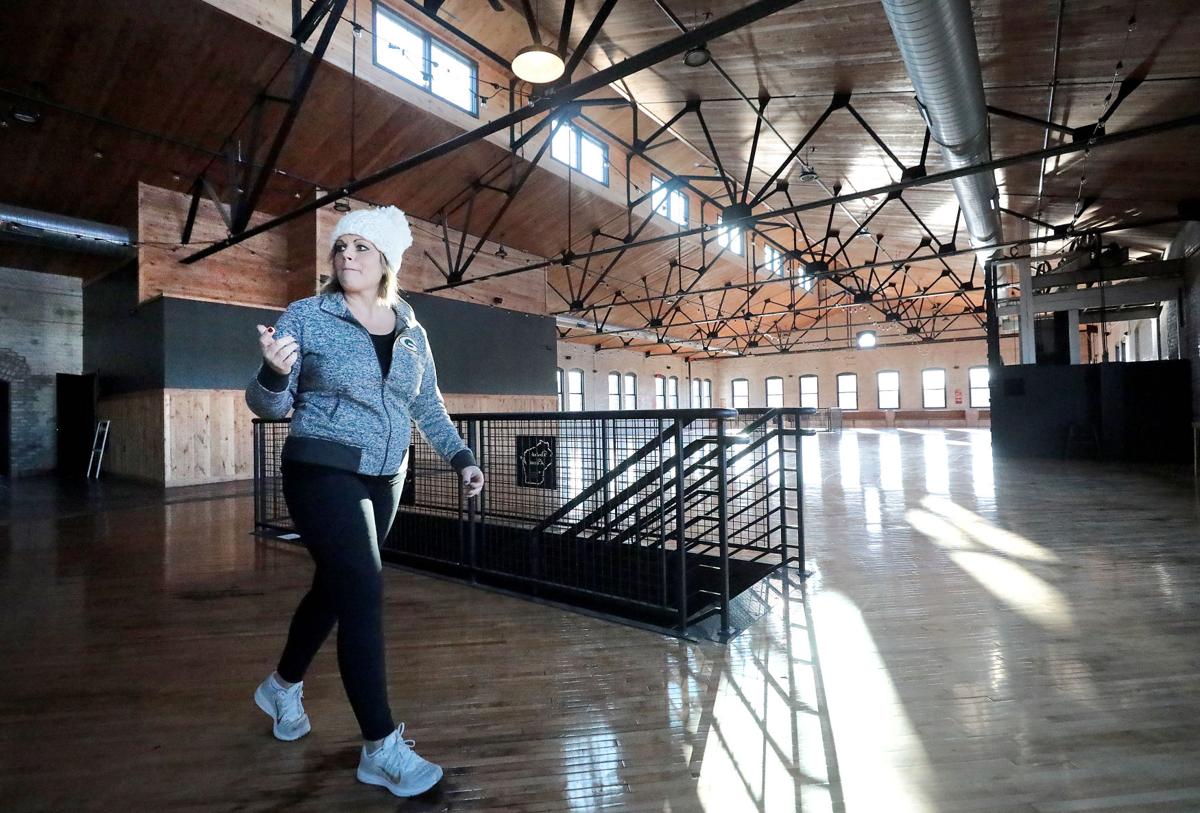 The second floor of the Hillsboro Brewing Co. is a 14,000-square-foot event center that has hosted four weddings since opening in August and has 25 weddings booked for 2020. Kim Verbsky, pictured, and her husband, Snapper, have a restaurant and brewery on the first floor and want to build a 60-room hotel next door to the 1914 building next spring. The project is just one of many happening in Hillsboro, a city of fewer than 1,500 people in Vernon County. 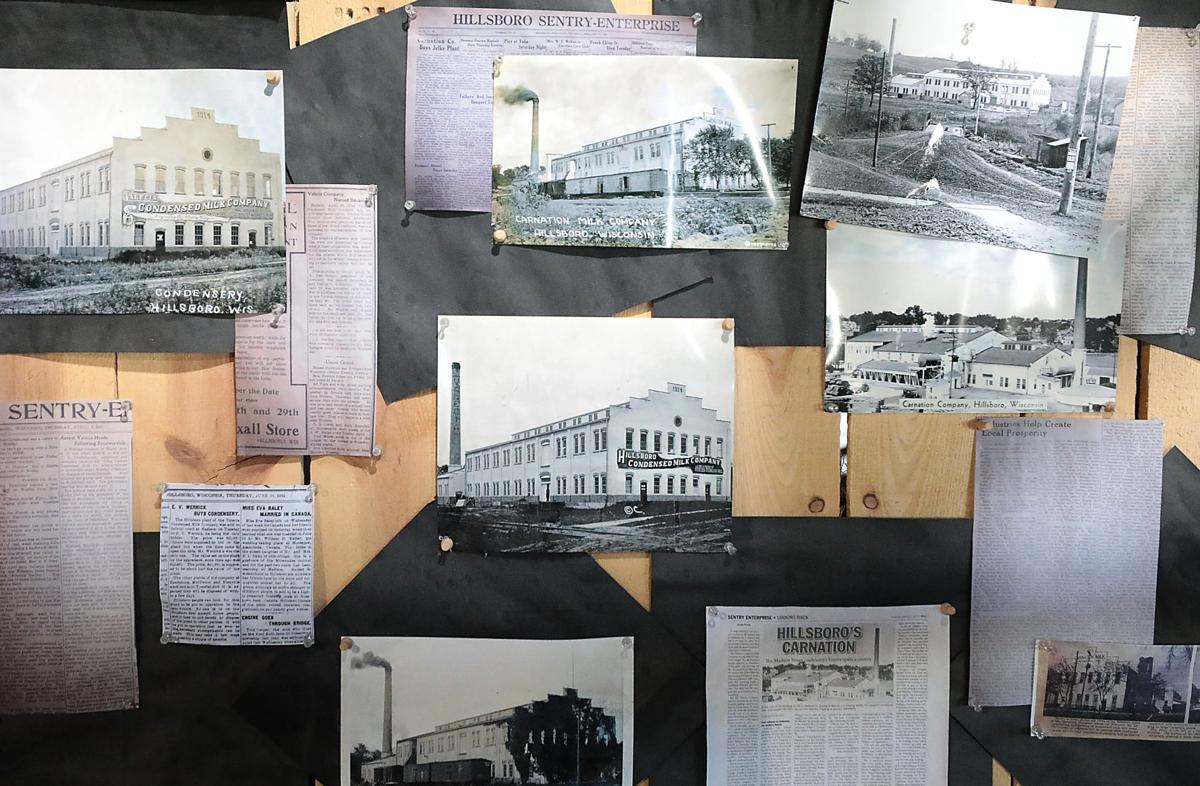 Vintage photographs of the building that now houses Hillsboro Brewing Co. are among the displays in the brewpub. The building, constructed in 1914, was used for years to produced condensed milk.

The dam on the West Branch of the Baraboo River is getting an upgrade, a new hospital is under construction, there are plans for a hotel and the former airport is about to become a drag strip.

For a community of fewer than 1,500 people, this Vernon County city is on an unprecedented run of economic development that is bringing more visitors and jobs, creating a larger tax base and improving the quality of life in this rural western Wisconsin oasis.

The city of Hillsboro has, over the past 15 to 20 years, conducted multiple studies of both its physical and fiscal infrastructure, created tax incremental finance districts, launched downtown revitalization programs and has implemented private/public partnerships, all in the name of economic development. It also has a cast of entrepreneurs with urban ambitions willing to take on the risks even though they live in one of the state’s smallest cities and are surrounded by Amish farms.

“It’s rural Wisconsin development at its finest,” said Adam Sonntag, the city’s administrator since 2011. “We’re fortunate to have things going on because there are communities, rural communities in particular, that I see that don’t have anything going on.”

One of the most visible projects has been undertaken by Kim and Snapper Verbsky, who in 2012 opened the Hillsboro Brewing Co. in the heart of the city’s downtown. In 2015 they expanded their brewing operation by keeping the pub in the same location but moving their brewing operation to another facility a few blocks away. But their business is now under one roof and located in a 28,000-square-foot historic building that has undergone a nearly $1 million transformation. It includes a second floor event space that features original hardwood floors, a private bar and more than two dozen windows that flood the space with natural light.

Four wedding receptions, including one with 460 guests, have been held in the space since its August opening and 25 have already been booked for 2020. A 60-room boutique hotel is being planned for next door and ground could be broken on the project this spring. Kim Verbsky said she and her husband became convinced to undertake the investment after the response to their downtown location drew people from around the region.

“Weekend after weekend after weekend we would go in there and people had driven for two hours to be a part of it and then stood around for an hour to two hours and couldn’t get a table. We were bursting at the seams,” Verbsky, 44, said. “It just became obvious. And now we’re four times bigger and on Friday and Saturday nights I maybe know 10 percent of the customers.”

The first floor of the 1914 building that at one time was used to produce condensed milk is home to the brewing operation and the brewpub where tables are made from the old gym flooring of the high school. Walleye fillet’s and fish tacos are served up on Friday nights while the brewery and its 10 barrel brewhouse crank out beers like a vanilla bean stout called Badger Sweat and a black lager dubbed Kickapoo Oil, named after one of the area’s longtime businesses.

“It’s a growing place for a little town,” said Dave Dietz, Hillsboro’s lead brewer. “People are finding this a nice place to live and work. They don’t have to be in a big city.”

Across the street, Clark Powersport Group has opened a Kawasaki dealership that sells a wide range of all-terrain and utility-terrain vehicles while closer to the downtown Whitacker Farm Fresh Market has moved into Hillsboro Brewing Co.’s former brewing space. A cafe is planned for the brewery’s former pub space in the heart of the city’s downtown while a $1.4 million 16-unit apartment building has also been proposed for the city.

Despite its relatively small size Hillsboro is also getting a new hospital. Gundersen St. Joseph’s Hospital and Clinics is building a $33 million facility that will overlook Field Veterans Memorial Lake. The community has had a hospital since 1911 and the new facility will replace buildings that were constructed beginning in the 1950s and over the years expanded upon. The new facility, scheduled to open next year will include 12 inpatient beds, an emergency room, cafe, surgical, specialist and imaging services, a laboratory and an outdoor patio with lake views.

The hospital employs more than 200 people and according to the Wisconsin Hospital Association has an impact of $38 million a year on the local economy.

“It’s big,” said Dan Howard, the hospital’s director of marketing and public relations. “The model of health care is changing as well. We’re able to bring specialists here instead of a patient having to travel to La Crosse. We’re really like an outreach center for those specialty services.”

For now, the lake is mostly dry with the exception of the main channel of the West Branch of the Baraboo River that flows through its basin. This winter the city will spend about $1 million to dredge the lake and is spending another $1.6 million to upgrade the dam to gird against the type of flooding that inundated the region in August of 2018. A river walk and kayak launch are planned while the city, Vernon County and Land O’ Lakes are each contributing $200,000 on a bridge expansion and retention wall project in another effort to prevent flooding, Sonntag said.

Millions of pounds of butter

“The community is fortunate to have people investing and companies investing but it’s taken a lot of time,” Sonntag said. “These projects didn’t just happen over night.”

The expansion of Land O’Lakes, however, resulted in the closing of the little used adjacent airport, since the addition became a hindrance to the flight path of planes. The runway and a few hangars remain and the city-owned property is in a flood plain. There were thoughts of converting the property to a dog park, recreation space or a campground however a group of local racing enthusiasts have signed a $500 one-year lease to use the property for a drag strip beginning next summer.

No events have yet been announced but Sonntag said the organization is planning club events and races but will also need to make improvements to the property before the first cars barrel down the runway.

“They’ve already had people call them and talk to them from as far away as Milwaukee and out of state to have events and try to work with them on things,” Sonntag said. “We’ll see where it all goes but we’re just happy to see the property be used and if it brings people to town, even better.”

The second floor of the Hillsboro Brewing Co. is a 14,000-square-foot event center that has hosted four weddings since opening in August and has 25 weddings booked for 2020. Kim Verbsky, pictured, and her husband, Snapper, have a restaurant and brewery on the first floor and want to build a 60-room hotel next door to the 1914 building next spring. The project is just one of many happening in Hillsboro, a city of fewer than 1,500 people in Vernon County. 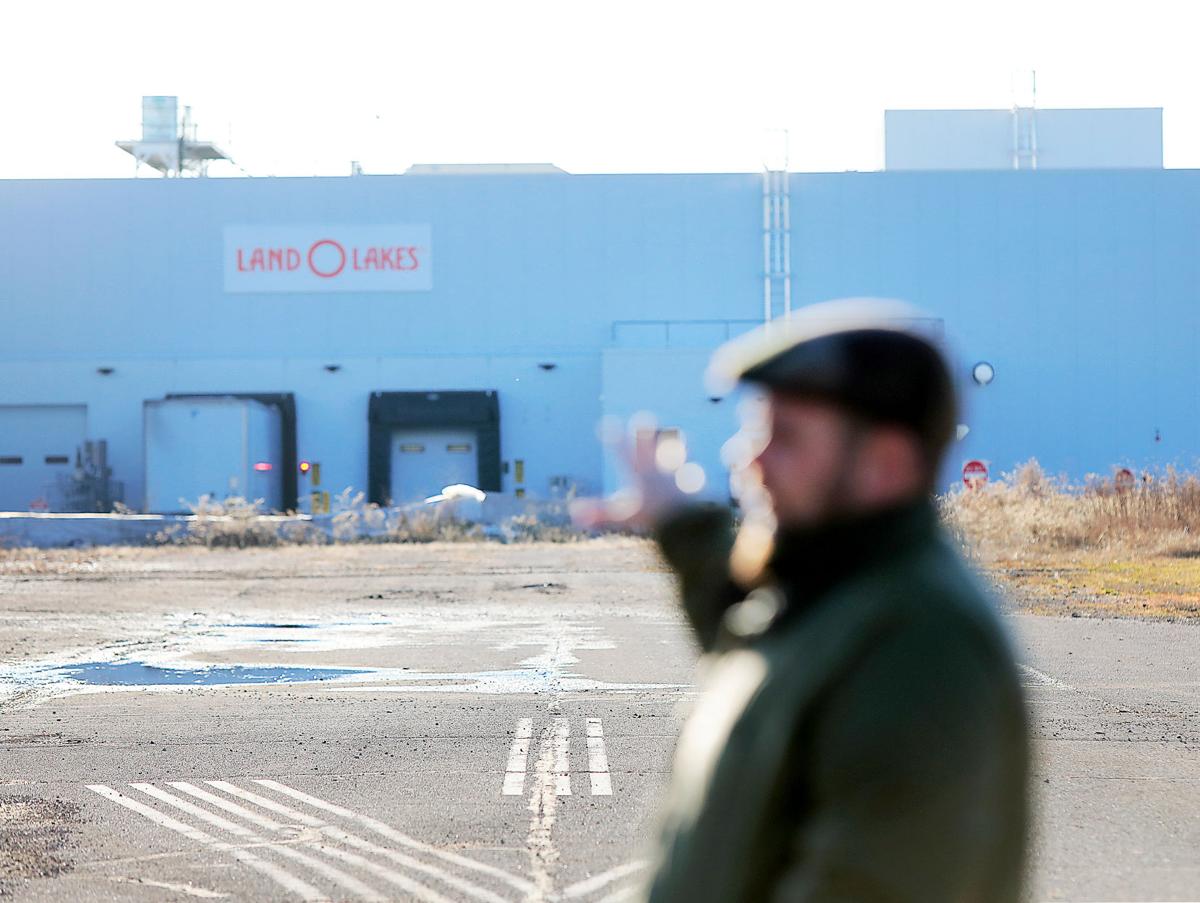 The expansion of the Land O' Lakes butter factory in Hillsboro forced the little-used city airport to close in 2016, since the new addition was in the runway's flight path, according to City Administrator Adam Sonntag. In 2018, the creamery used 500 million pounds of milk to produce 23 million pounds of butter. 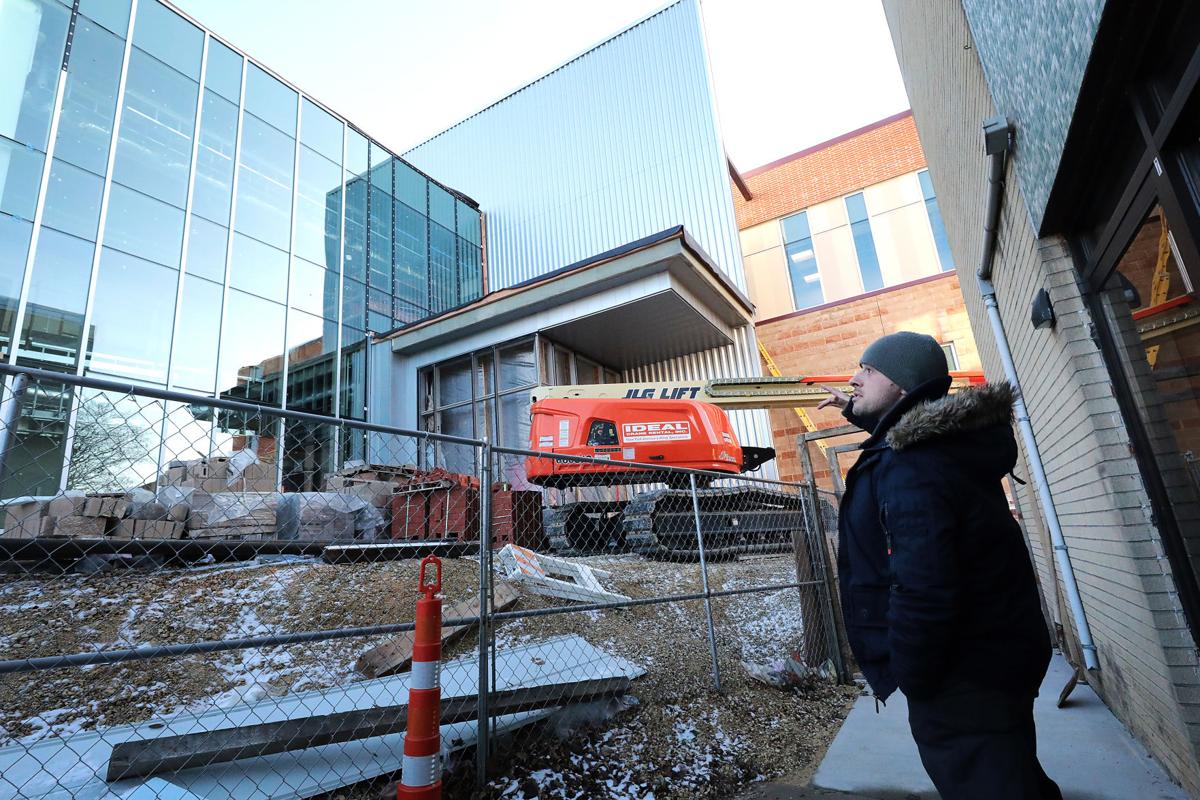 Daniel Howard, director of marketing and public relations for Gundersen St. Joseph's Hospital and Clinics in Hillsboro looks over the construction of a $33 million hospital. The city has had a hospital since 1911, but the new 12-bed facility will offer more space for surgical services and specialists. 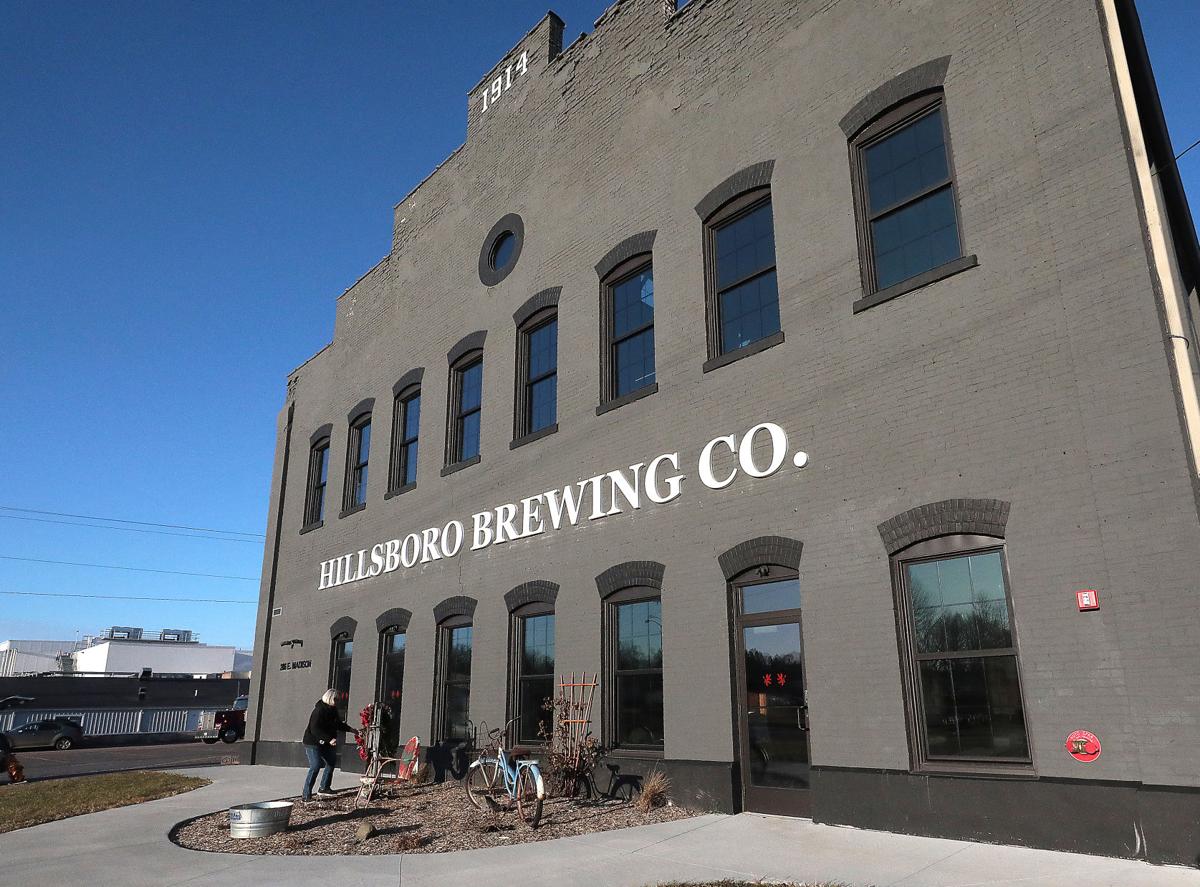 Hillsboro Brewing Co. is housed in a 1914 building that was used for years to make condensed milk. The 28,000-square-foot facility now includes a brewpub and a second-floor event center. 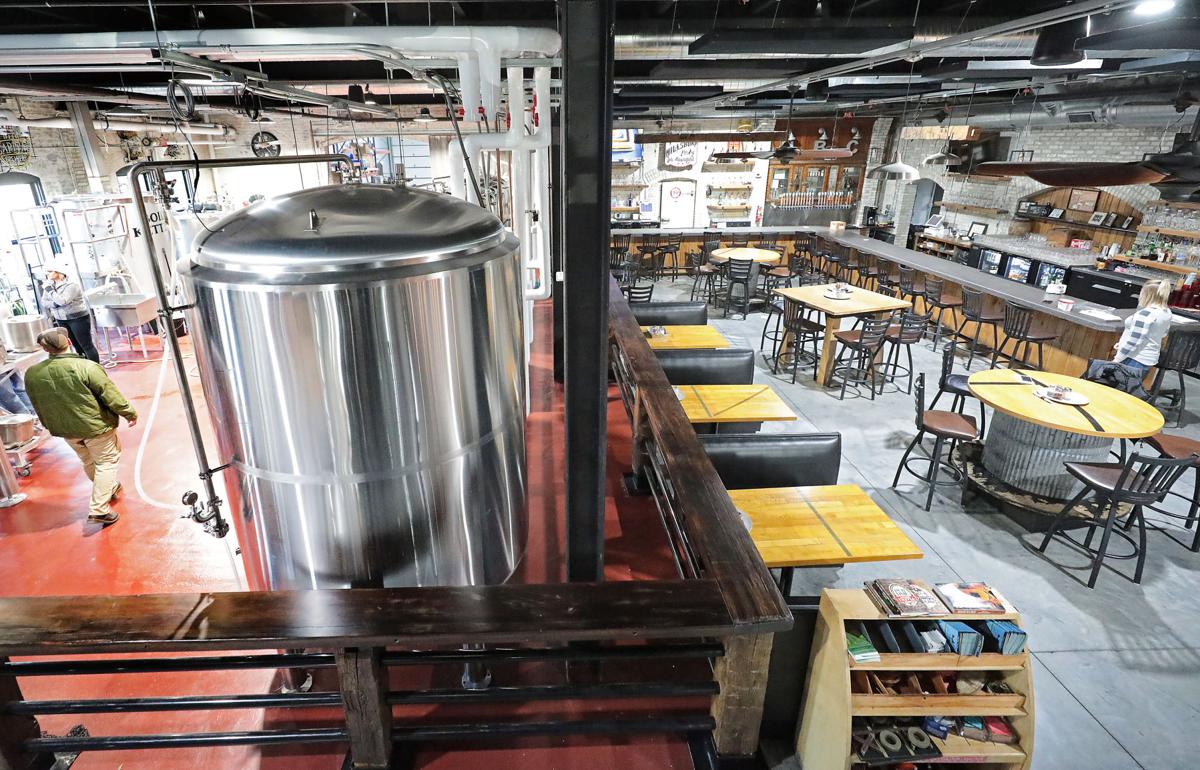 Hillsboro Brewing Co. was founded in 2012 in downtown Hillsboro but now has a 14,000-square-foot brewpub on the city's east side.

Vintage photographs of the building that now houses Hillsboro Brewing Co. are among the displays in the brewpub. The building, constructed in 1914, was used for years to produced condensed milk. 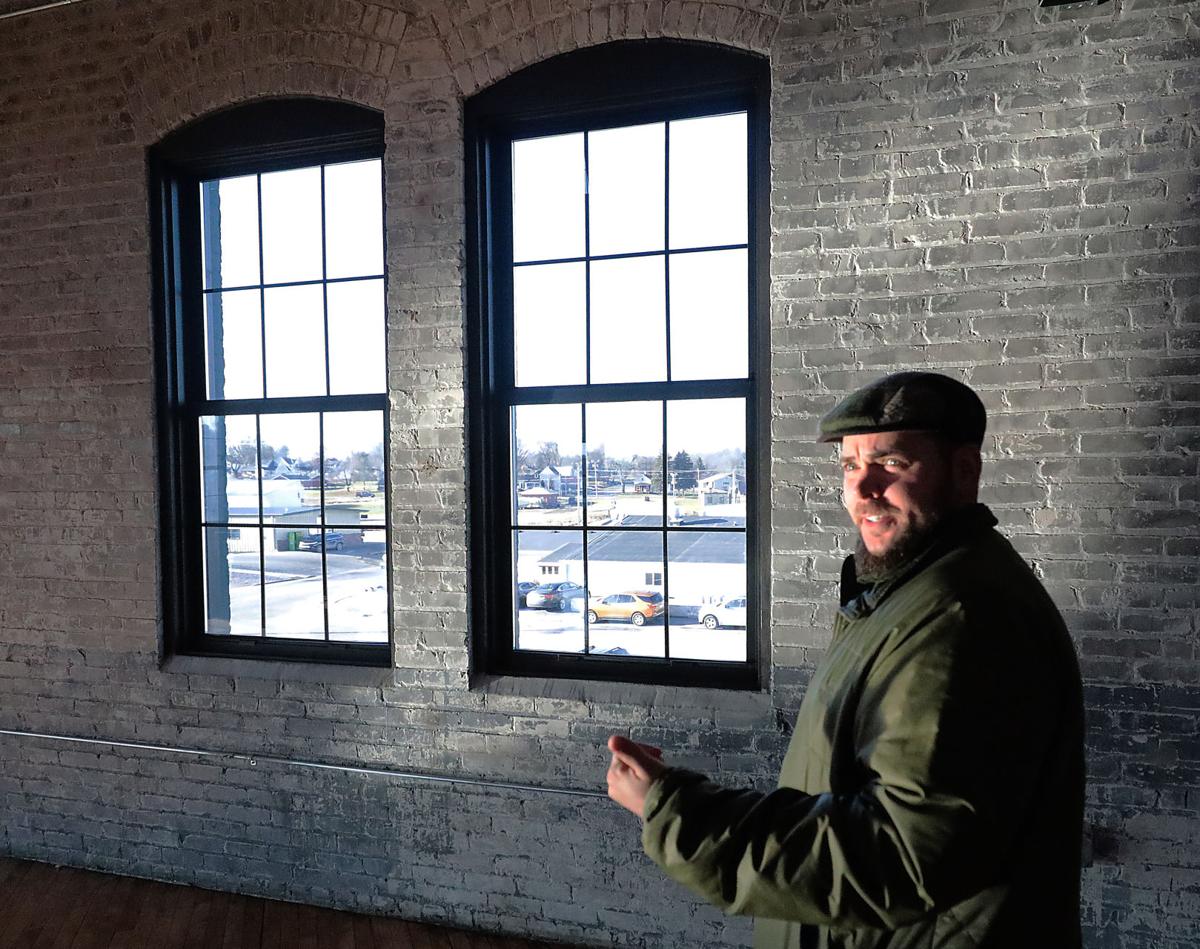 Hillsboro City Administrator Adam Sonntag has been with the city since 2011 and is helping to lead economic development efforts in the city of less than 1,500 people. He is seen here on the second floor event space of the Hillsboro Brewing Co. 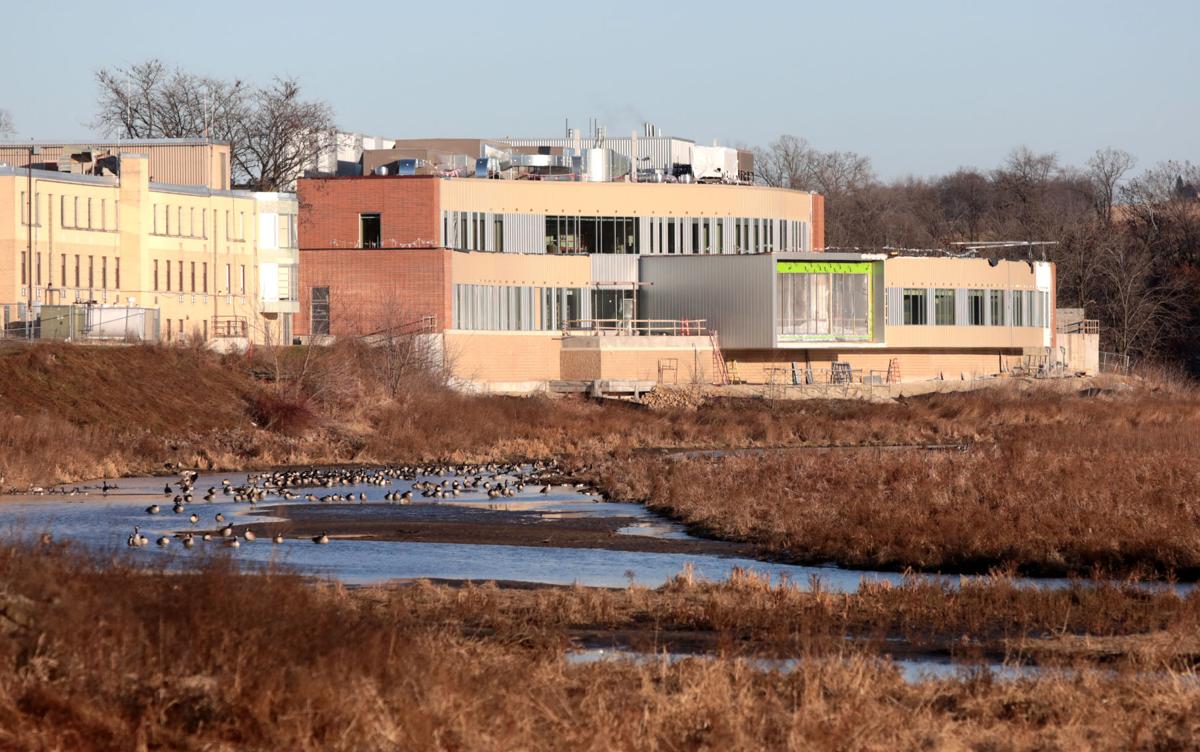 Field Veterans Memorial Lake is largely empty but will be dredged this winter and refilled once the dam is repaired. Gundersen St. Joseph's Hospital and Clinics is also building a $33 million facility on the lake and will remove the old facility once the current project is completed next year. 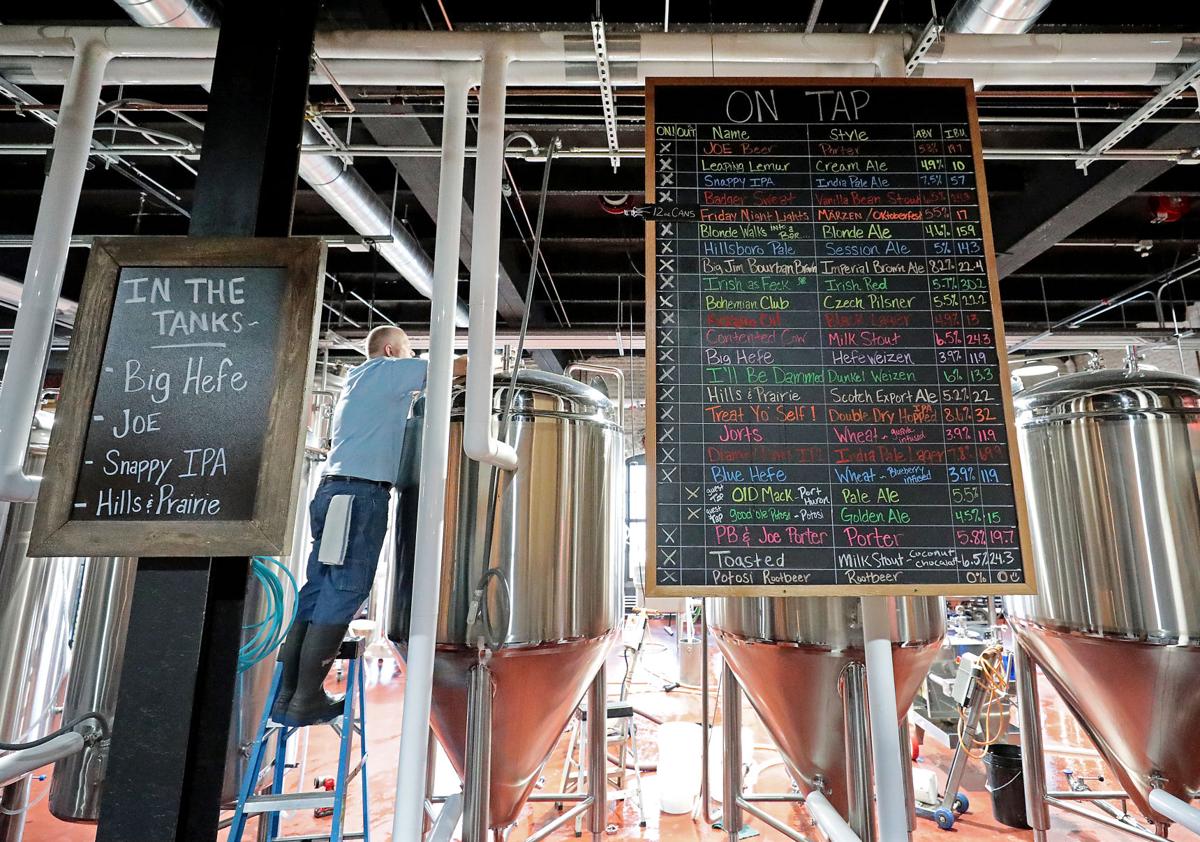 Dave Dietz works on a fermentation tank at Hillsboro Brewing Co.'s new facility on the city's east side. The brewery, which was founded in 2012 in the city's downtown, makes a wide range of beers. 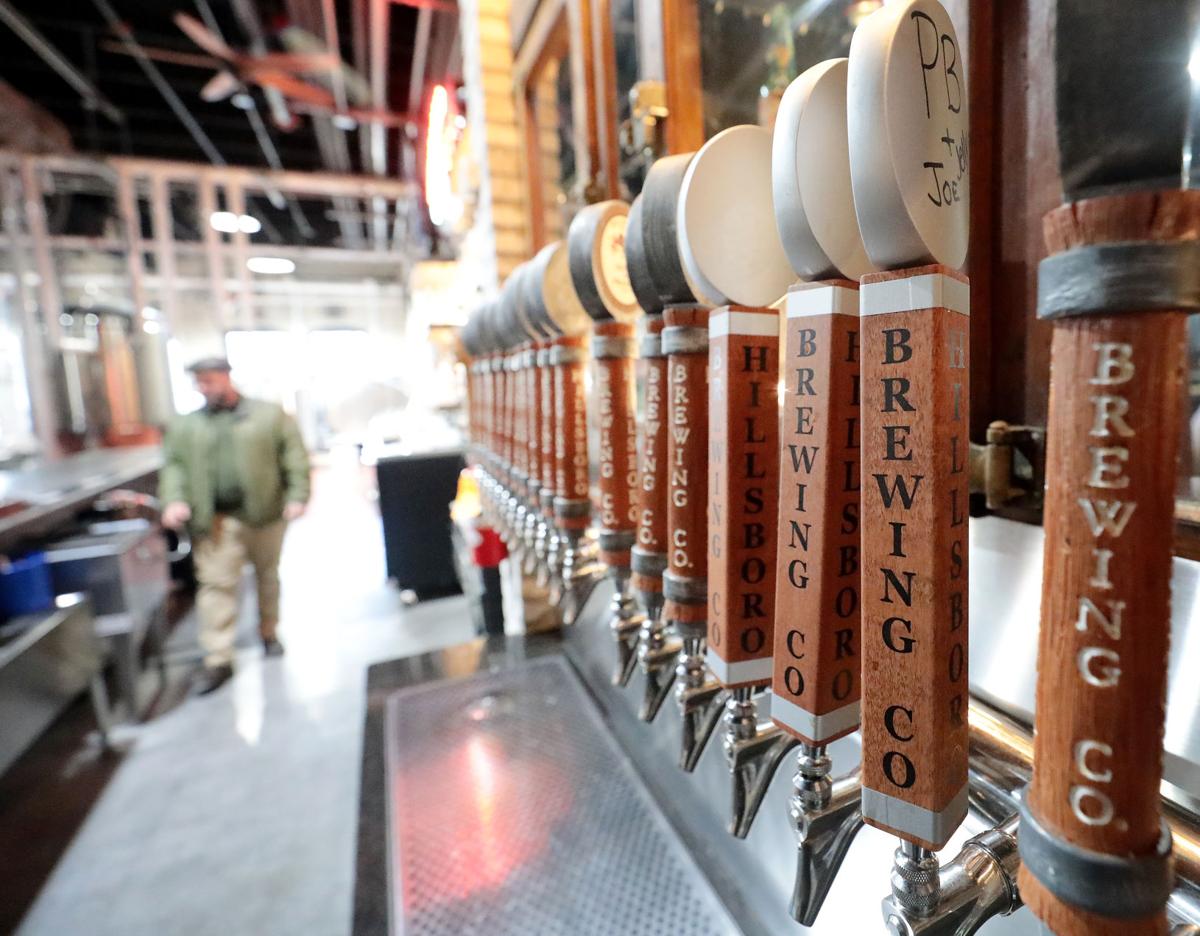 Hillsboro Brewing Co. draws people from around the region and has multiple taps that serve up locally produced beer.