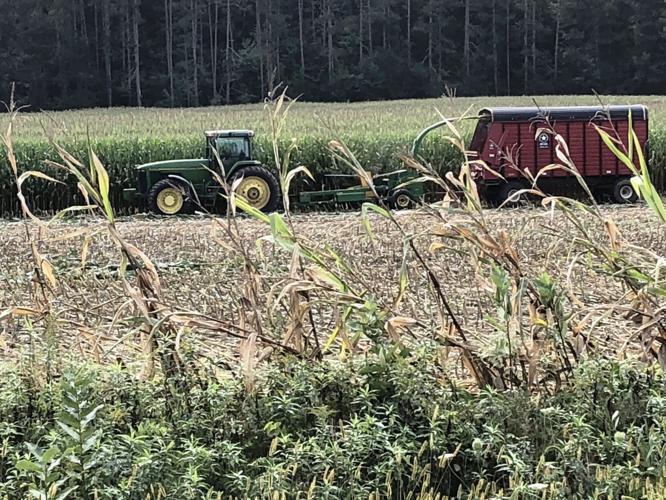 A Jackson County farmer harvests corn for silage by chopping up the entire stalk. 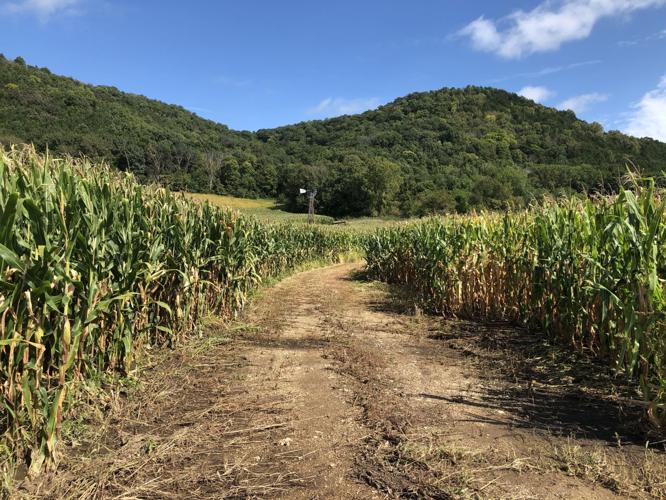 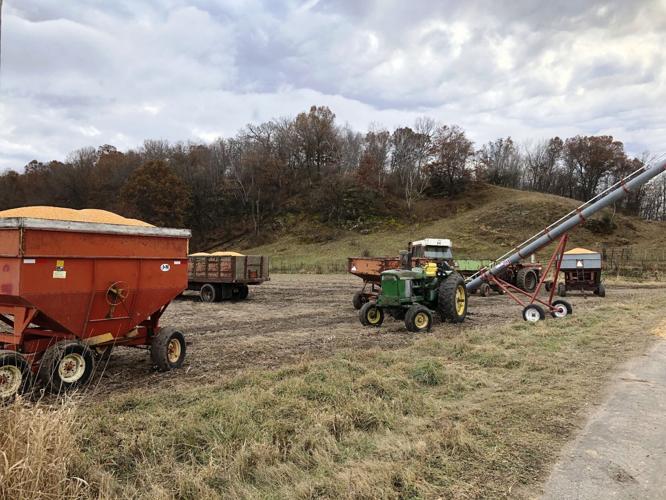 Later in the season corn can be combined and shelled as in this harvest operation from 2020 in Trempealeau County.

Fall is officially here and farmers will soon be busy bringing in the harvest of corn and soybeans as the growing season comes to an end.

We have yet to have a frost in our valley and the extended forecast doesn’t call for any in the near future. Any year that we can avoid a frost in September is a victory to keep the fall flowers looking nice and allowing the squash and pumpkins to mature.

Speaking of maturity, the annual growth cycle of corn is entering its final stages when soon it will be immune from frost damage. Every year corn moves through a series of stages from planting through the harvest. The progression varies by date every year with the changes in the weather.

Corn is the staple crop of farming country. There are just under 3 million acres of corn planted in Wisconsin this year. Nationwide the corn harvest for 2022/23 is expected to be just under 14 billion bushels, compared to 15.1 billion bushels last year.

A recent crop report in Wisconsin put out by the United States Department of Agriculture said that 78% of the state’s corn crop was good to excellent. Ninety-two percent of the crop was in the dough stage or beyond and 63% of the corn was in the dent stage.

The dough stage is reached about 25 days after the corn cobs silking stage, according to R.L. Nielsen of the Purdue University Agronomy Department in his article “Grain FIll Stages and Corn.” It is defined by the doughy consistency of the corn as the kernels milky inner fluid begins to dry.

The dent stage is when the kernels dent near their crowns and 30 days later the corn is considered to be physiologically mature and safe from frost.

It’s funny how corn can quickly mature with each growing season while some would make the strong argument that I haven’t yet reached maturity after nearly 59 years. I’ll blame it on genetics because clearly I’m not a hybrid and there are questions about the integrity of my ears, which my wife says are usually not functional when she’s talking to me.

Early harvesting of corn is done in the form of silage, when the entire stalk is chopped and fermented for feed. The mainly green stalks still have a moisture content of 65 to 70%. Some farmers harvest and grind the cob for high-moisture storage at 24 to 33% moisture. The ideal percentage for dry corn storage is 15%.

My days of unloading chopper boxes and filling silos are over, but one whiff of the slightly sweet and acid smell of corn silage takes me back to what seemed like simpler days on the farm. One of the last chores of the day was to fill the outdoor feed bunk before turning the cows out for night.

There was something satisfying about watching the cows enjoy the blend of corn and hay silage, particularly on fall days when night settled in. It was another day’s work complete.

To my farmer friends and colleagues, have a safe and prosperous harvest season.

Hurling in the park

'The Remainders' rock the stage

Land of milk and honey?

Anything for a free meal

Chris Hardie is Chief Executive Officer of the 7 Rivers Alliance and can be reached at chris@7riversalliance.org, or Office: 608-787-8777.

A Jackson County farmer harvests corn for silage by chopping up the entire stalk.

Later in the season corn can be combined and shelled as in this harvest operation from 2020 in Trempealeau County.