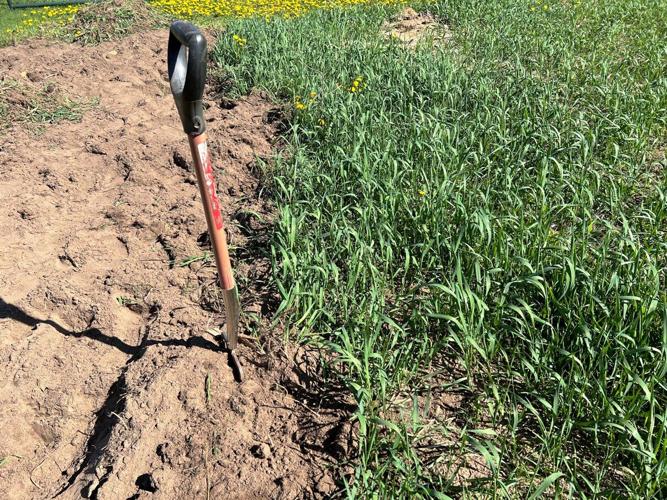 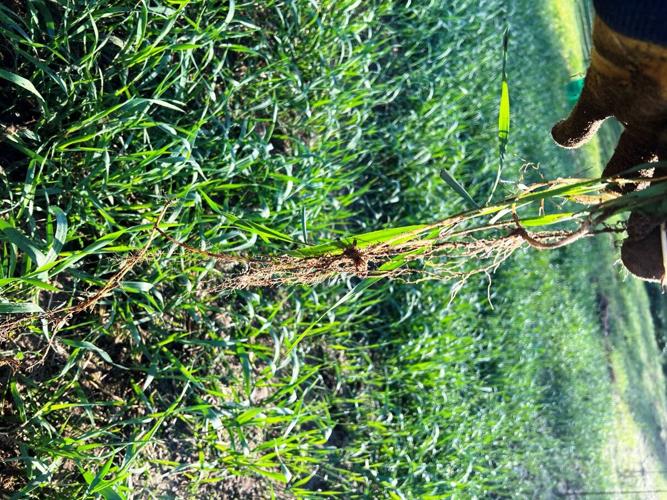 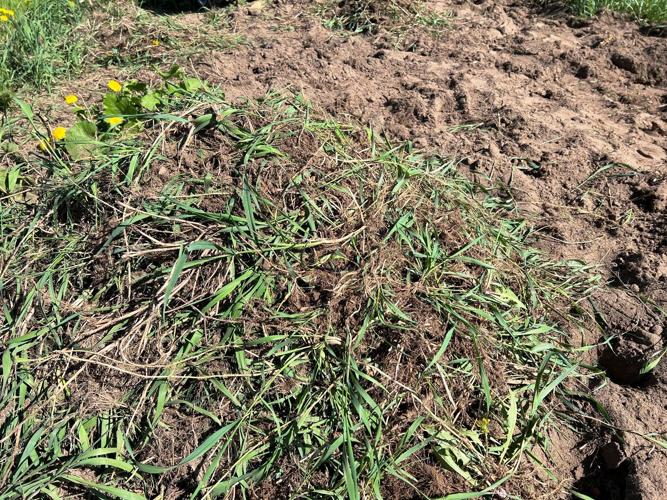 Every gardener knows that battling weeds comes with the trade, but nothing compares to the enemy with super powers that silently spreads its poisonous roots.

I’ve written before about battling nettles and burdock — two weeds that within their own rights are tough customers. But this enemy goes by many names — couch grass, twitch, quick grass, quitch grass, dog grass, scutch grass and witchgrass — but is better known as quackgrass. It is by far the hardest weed to eradicate and has many ways to defeat you.

I may at times take some artistic liberty and overeggagerate, but I am very serious when it comes to the scourge of quackgrass. It’s scientific name Elymus repens means sudden field of fire in Latin. And for good reason.

Each plant produces 25 seeds that are viable for between three to five years. Once it germinates, the plant develops rhizomes — underground roots — in two or three months. Each root or stem can spread 3 to 5 feet and produce a plant that can grow the same height.

So why not simply till up the weed? Because once you chop the rhizome, each bit is still capable of producing a plant. Unless you repeatedly till – and constant churning of the soil is not good for its health – you have done it a favor by helping it spread.

I think witchgrass is a good name for it, because once the weed appears in your garden — or yard — you feel like you’ve been cursed.

And if it’s not enough to be a super-invasive weed, quackgrass is also allelopathic, with the ability to release chemicals to inhibit the growth of other plants. Just its presence is a detriment to any nearby vegetables or flowers.

The USDA calls it a “cool-season, exotic, perennial, rhizomatous graminoid,” which is far more kind than what I call it. It is native to Europe and has been in the U.S. for more than 200 years, showing up in every state but not in desert areas. So much for my mother’s idea that she could turn the Sahara desert into an oasis by simply planting some quackgrass.

As my former boss would say, I have somewhat buried the lede, the journalistic term for the opening sentence or paragraph of the article which summarizes the most important aspects of the story. This rather lengthy introduction was important to set the stage for our recent war against this garden invader.

Six weeks ago my wife Sherry and I started to prepare the garden for planting, as we wanted to get our cold weather vegetables in the ground prior to our trip to Scotland. We tilled up half of the garden.

Upon our return, a quarter of what we planted and much of the other half had sprouted a lush patch of quackgrass. Having thus established the difficulty in dealing with the weed, you can imagine our dismay.

There are herbicides, but you need at least two to three applications and allow the weed to regrow to be truly effective. Using chemicals in our natural vegetable garden is not something we favor and we didn’t have time to do it effectively and safely.

It would have been counterproductive to plant seeds in the midst of the green jungle, so we settled on a slow and methodical way to deal with the invasion. We dug it out. Using a digging fork, I loosened the soil enough to pull out as much of the plant and the rhizomes as possible. Otherwise if you pull just the grass, you leave the root system to continue to spread.

It took us at least 12 hours spread out over the course of a week to work our way through the garden, bit by bit, fork by fork, wheelbarrow by wheelbarrow. It was body and mind-numbing labor that required little thought — which was right up my alley. I thrive on having an empty head. Sore muscles means I did something.

We certainly didn’t get it all. We will battle quackgrass and other weeds all season long. But at least our garden now has a fighting chance to produce some fresh vegetables and fruit.

That is something I can dig in another way.

When it rains, it pours; especially when you push your luck.

The pandemic may eventually go away, but virtual meetings are here to stay.

The biggest star in our galaxy is about to die, here's what that means for Earth