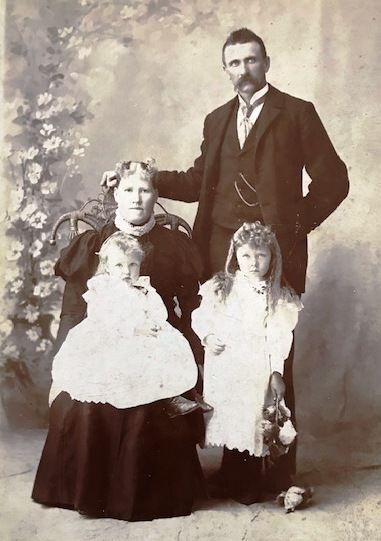 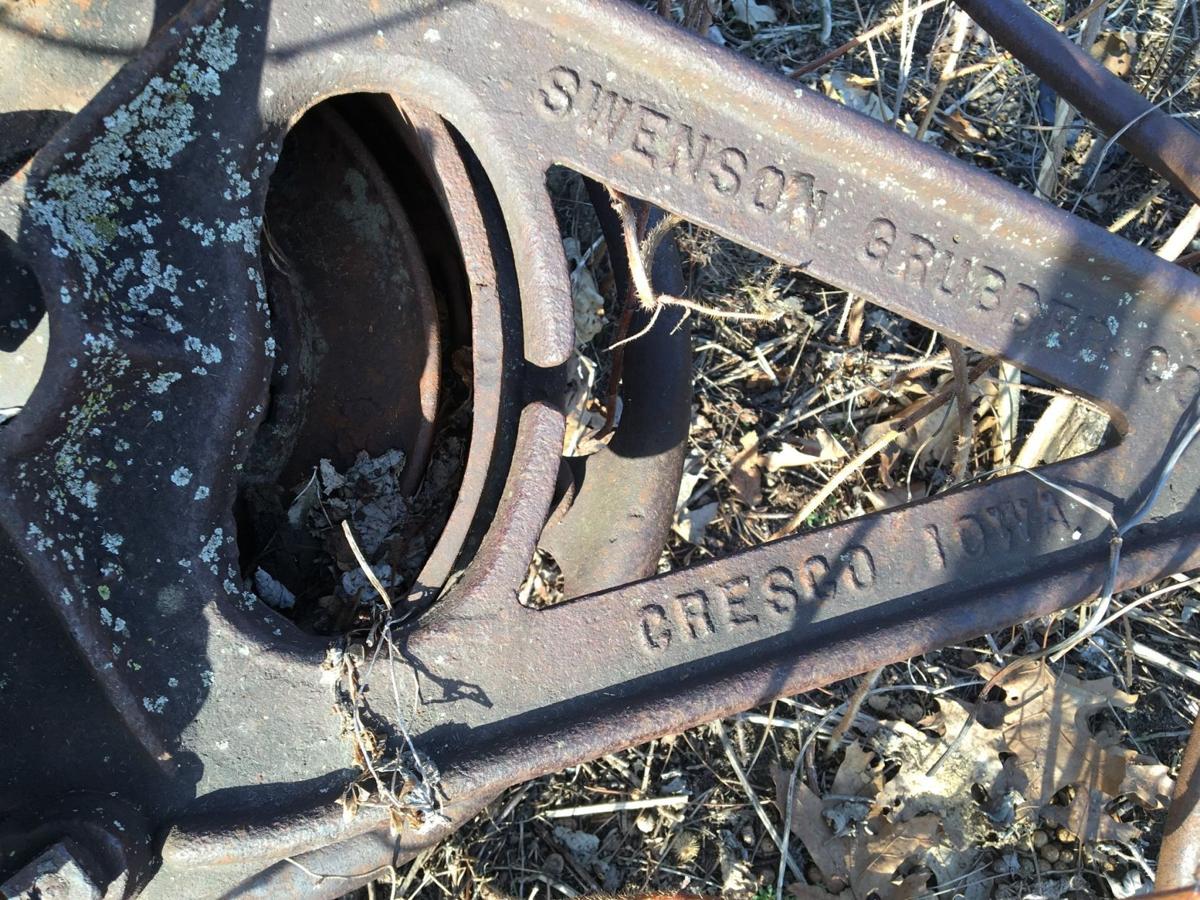 A stump puller from 1906 that was used on the Hardie farm to clear fields. 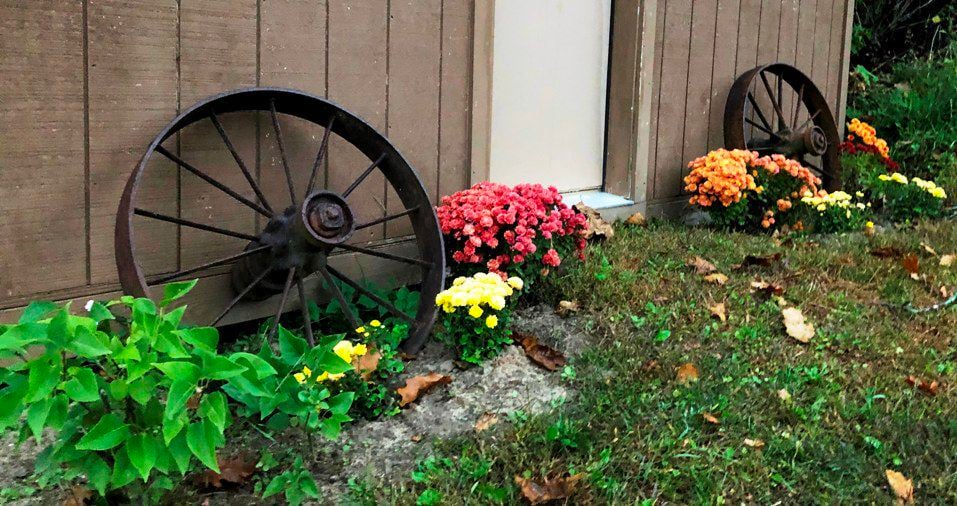 : Two iron wheels salvaged from the farm junk yard on the Hardie farm.

Bit by bit, the smaller homestead farms disappear a little more each year as houses and buildings are torn down or left to decay.

But if you look closely while driving through farm country you can still spot one legacy of farming that still exists in many places — the treasure troves that some may call junk yards.

Sometimes these are expansive and easy to spot. Sometimes they are ubiquitous — scattered among the farm landscape.

These are the spots where the broken-down plow, wagon, manure spreader, tractor, truck, trailer, combine or any other piece of equipment comes to rest. Sometimes the rest is only temporary as the piece finds new life with some repair. Other times the rest is much longer, stretching into years and decades.

Our farm had such a spot that was started by my great-grandfather Ray Hardie, who began farming here in 1923. It’s possible it had already been started by the previous occupant. Old machinery was scattered among the trees and brush, mainly out of sight and out of mind.

One effort was made to clean it up in 1982, when I was trying to scrape together some funds for college and marriage and I mentioned that scrap iron prices were high. So we spent the better part of a day using chains and a front-end loader dragging, lifting and pulling the best metal out of the jungle.

My great-uncle’s hauling truck was borrowed for the occasion, but by the time we paid for the gas for the trip to La Crosse, the proceeds left from the penny a pound price we received scarcely bought me a textbook.

But plenty of the treasures remained and were added to when my brother parked his 1947 Chevrolet pickup, a 1958 Mercury and a Cadillac limousine in the proximity. The cars were disposed of when we opened our inn in 2006 but the farm machinery was still buried in the trees until we cleaned it all up a few years ago.

Previously I wrote about the discovery of a 1906 stump puller made by the Swenson Grubber Co. of Cresco, Iowa — which was used by Grandpa Ray to clear many of the farm fields.

Some of the old horse-drawn equipment was a combination of wood and iron. With the wood long-since rotten, various pieces of metal and iron were pulled out of the ground — purpose unknown unless you are a farm archaeologist.

Not everything is junk — we did save two iron wheels that we propped up as decoration among the flower beds along a storage building.

I have to admit that I am cut a bit from the same cloth — I have created a few piles of recent treasures myself, including some lawnmowers, old wire and other miscellaneous items that need recycling. You never know when you might need it someday.

I received an email from a distant cousin that helps make the connection between two recent columns — the former Ettrick and Northern Railroad and the Harmon School.

David Bradshaw of Onalaska sent me a photo of a stock certificate for The Ettrick and Northern Railroad owned by Arthur Hardie — my great-great uncle and Bradshaw’s great-great grandfather. The railroad opened in 1917 and eventually went bankrupt, so the $100 share has value only as a family keepsake.

He also sent me a photo of Arthur, his wife Louisa and daughters Ida and Ella. Recently I wrote about how the Hardies often provided boarding for teachers at the Harmon School in rural Ettrick, which Ella continued when she married Dennis Mahoney.

Bradshaw said his mother — formerly Patricia Mahoney — grew up just down the road from the Harmon School and often played there but did not attend. She instead went to Ettrick, where my great aunt Leone Mattson was a teacher.

“I have enjoyed reading your articles over the years and hope to read for many more years,” Bradshaw wrote.

The enjoyment of providing them is all mine.

Memories are strange things at times because you never know what triggers recollections from the aging gray matter.

By third grade, I believed original sin was real. Adam and Eve had sinned. Their sin was passed on to every human being that followed. We were…

Chris Hardie: No time to get somber

And suddenly summer is over.

It’s the time of year when college students across the country pack up their belongings and head to campus.

A stump puller from 1906 that was used on the Hardie farm to clear fields.

: Two iron wheels salvaged from the farm junk yard on the Hardie farm.