Become a Member
Read Today's E-edition
Share This
Chris Hardie: The days of the general store
0 Comments
Share this
1 of 11 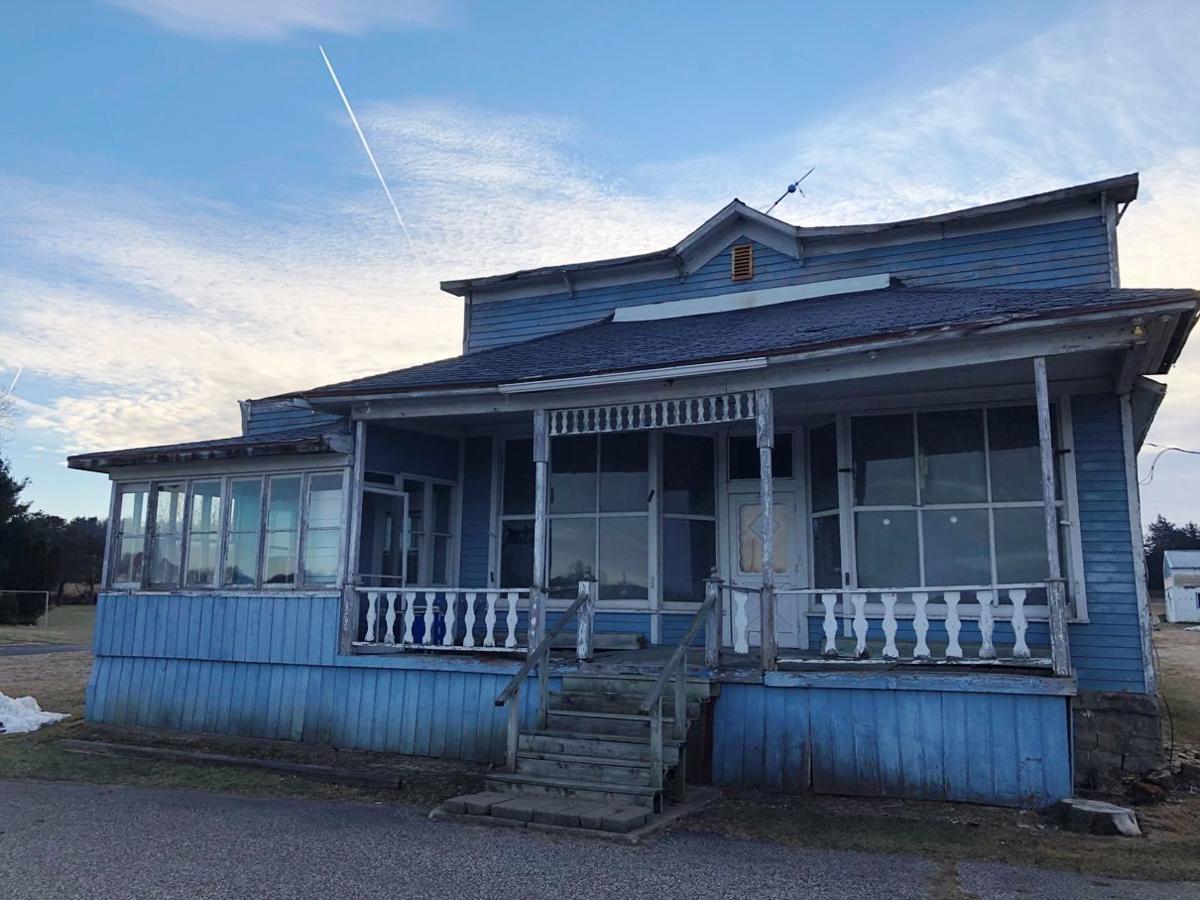 The former Beach Store in 2021. The building is empty. Chris Hardie photo. 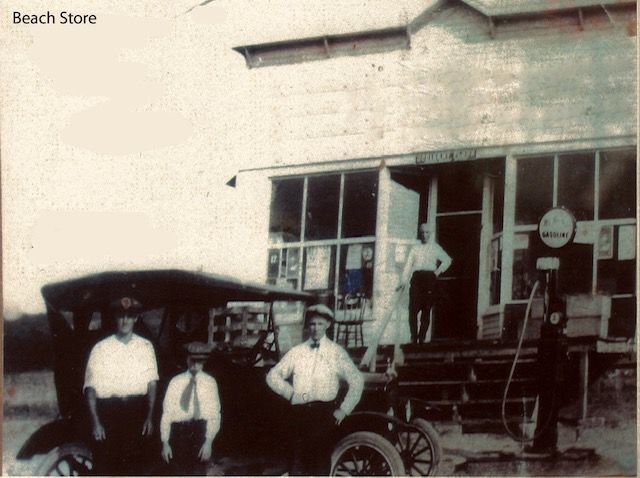 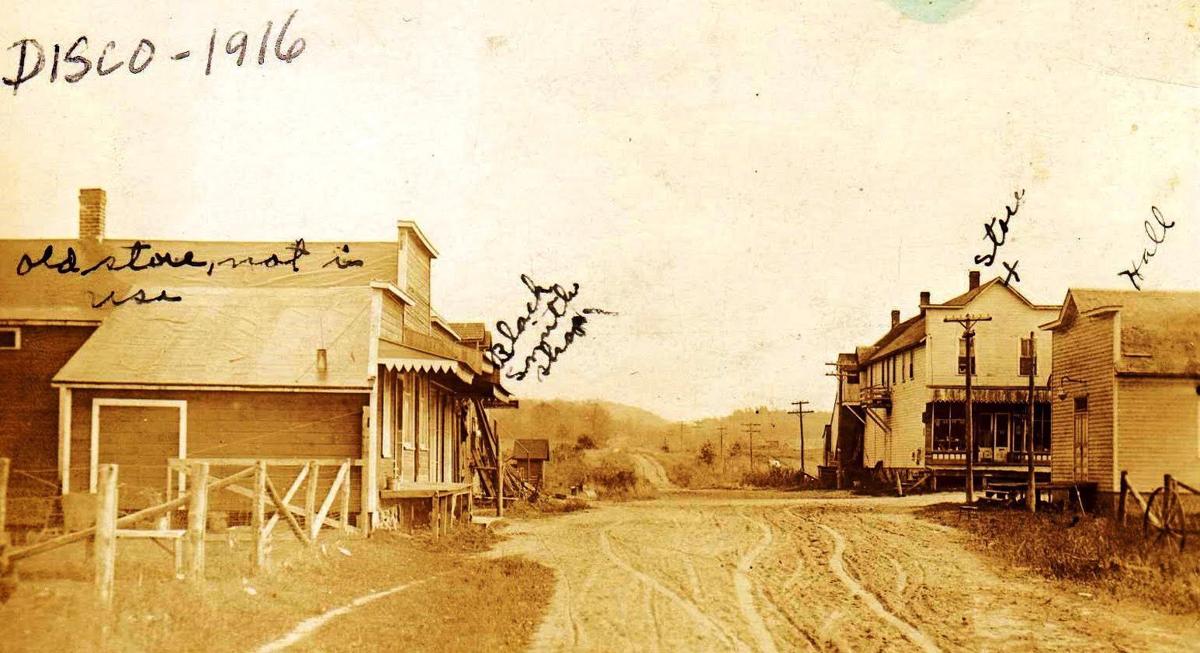 None of these buildings from downtown Disco in 1916 remain today. 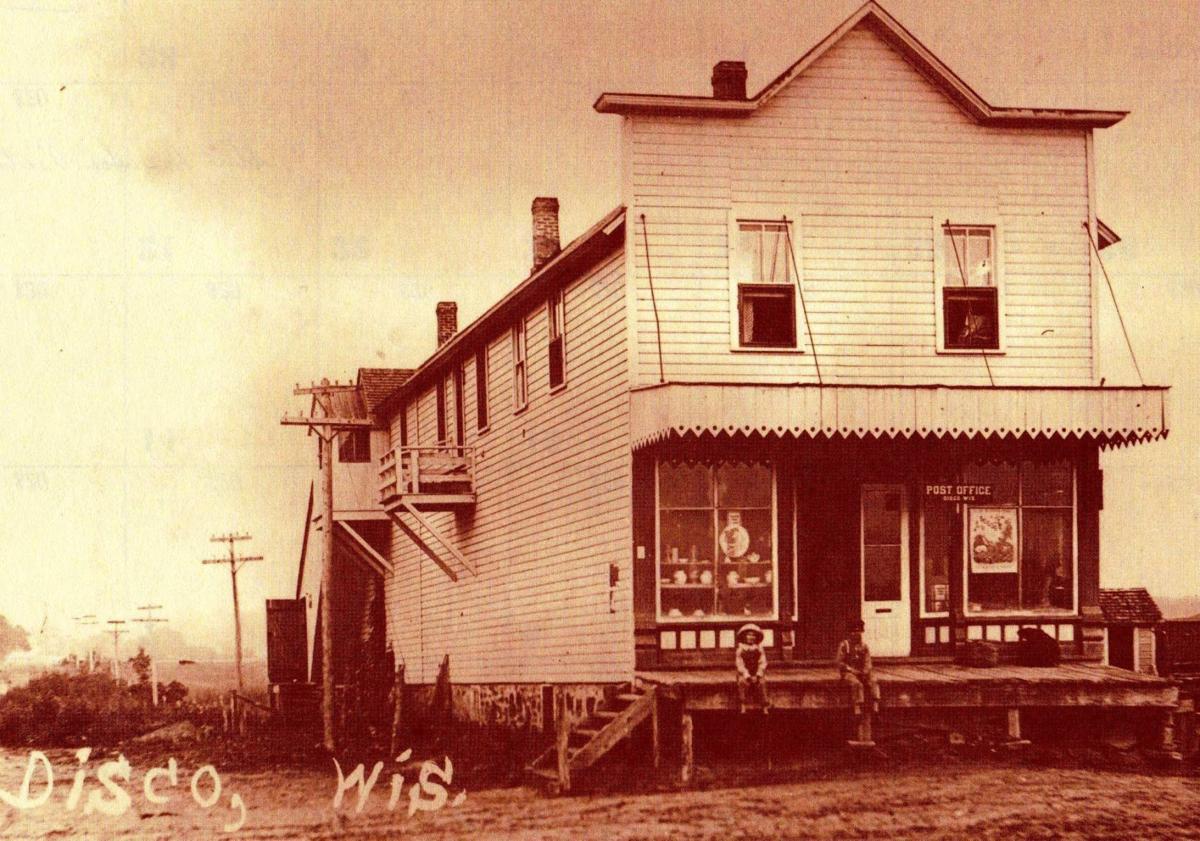 The Disco Store which used to stand at the corner of Jackson County highways C and X. 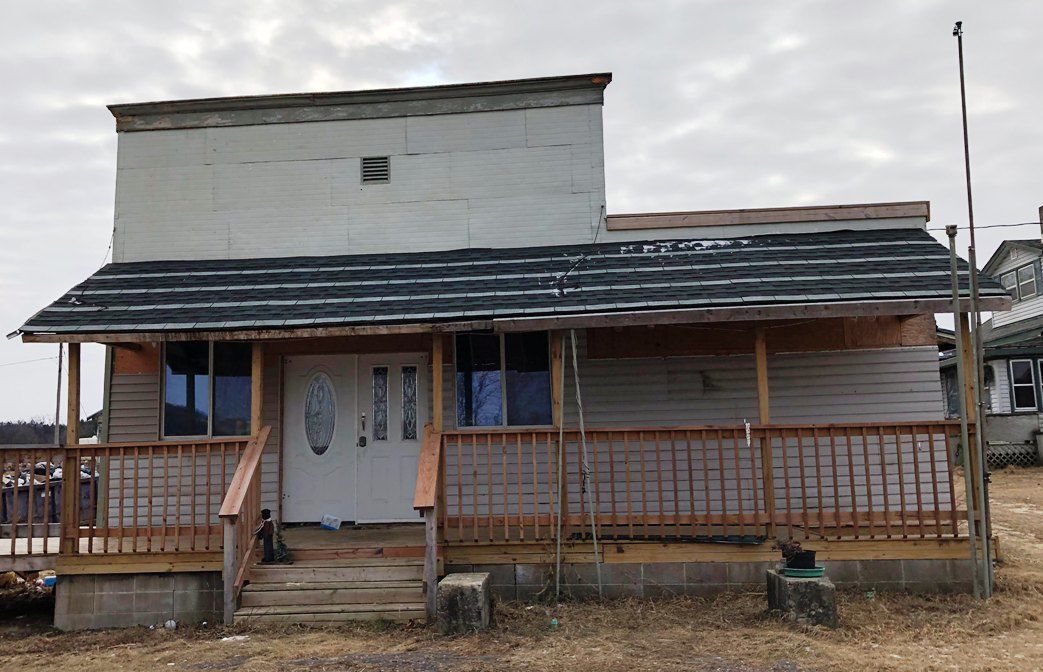 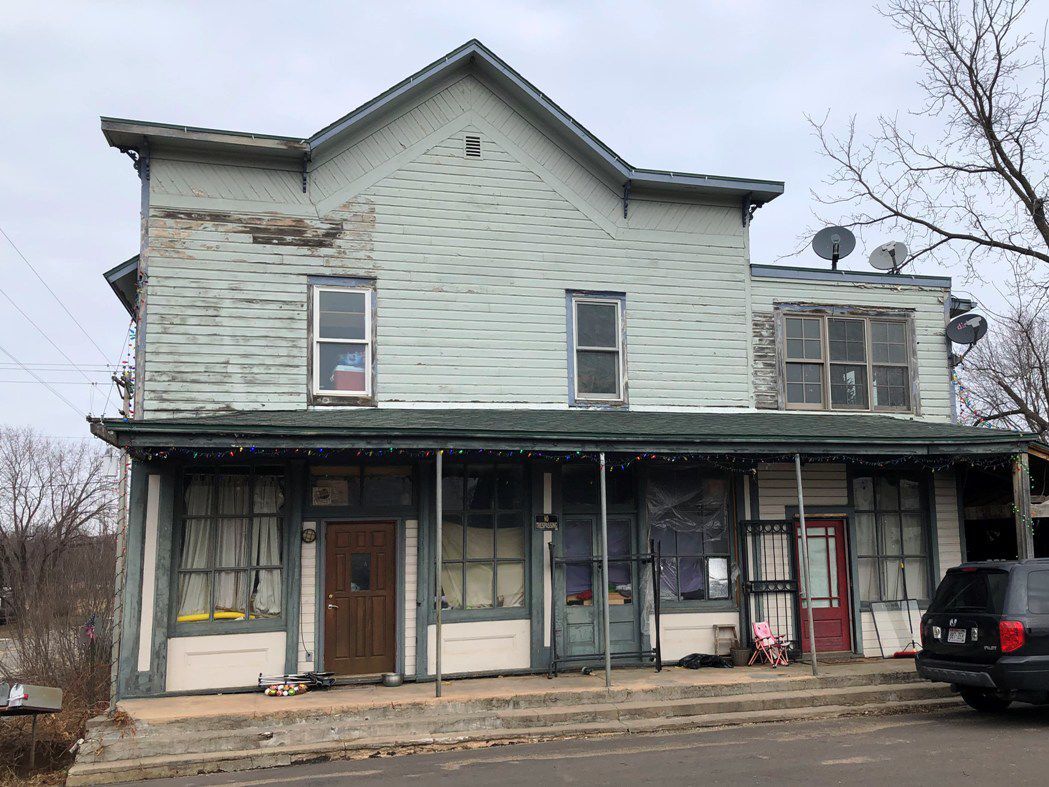 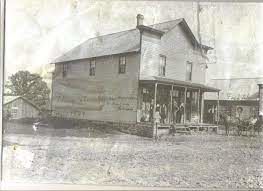 Undated photo of the Old Hegg Store, which was built in 1888. 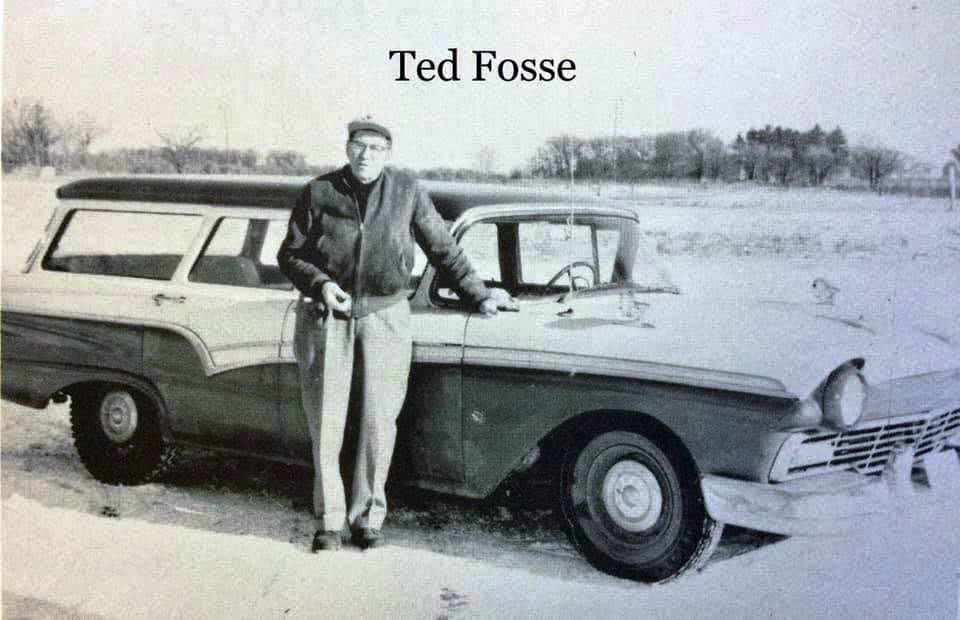 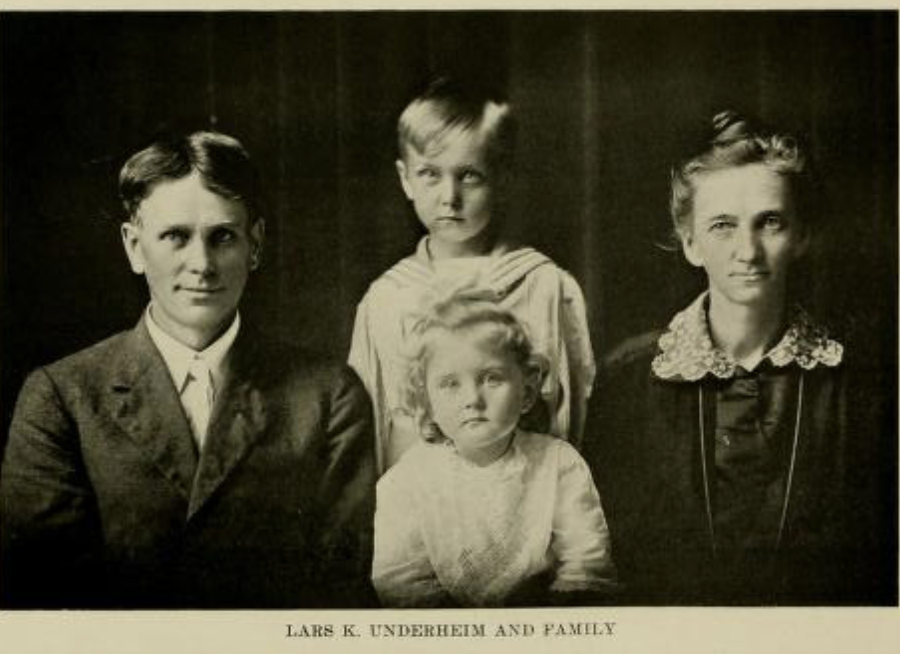 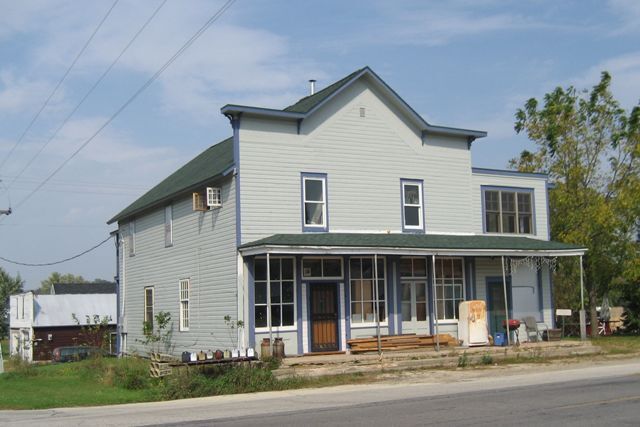 Heading west from Disco you will travel through the unincorporated burg of Franklin — where I live — and through the slightly larger outpost of Hegg in Trempealeau County before you reach Beach.

Today the 14-mile trip through these four metropolises is quick, but not so much 100 years ago when the county highways were sand, gravel and mud. Travel was a journey, so each community had its own retail base served by a general store.

I’m most familiar with the Franklin Store, which was for many years operated by Ted and Borhild Fosse, along with Ted’s brother Melvin. I was in that store hundreds of times as a youth and remember shopping in the Hegg and Disco stores, too.

From fan belts to luncheon meat, from bib overalls to cereal and every nut, bolt and screw you could think of, it seemed like the Franklin Store had it all. Nearly every day, someone from our farm stopped at the store for some critical piece of hardware or for a refreshing 20-cent, 10-ounce bottle of soda pop from the old Coca-Cola chest cooler that sat out on the open front porch.

There were two gas pumps outside — premium and regular — and a Sunbeam bread sign greeted you on the screen door. If you happened to be 20 cents short, no problem. The store offered charge accounts, and judging by the dozens of charge slips hanging around the front counter, everyone’s credit was good.

If you weren’t in a hurry — and this was a store not meant for a quick dash in and out — you could catch up on the lastest news, the weather, politics and the state of the world in general.

Because it was a general store. Disco, Franklin, Hegg and Beach all had one. They have long-since closed and the Disco store was torn down, but the other three buildings remain.

Much of the history and the people who lived and worked in the stores is gone, but here is what I could piece together on these once thriving centers of commerce.

Only a few buildings remain in Disco, located at the junctions of highways C and X in the town of Albion. And neither the Bee Gees or John Travolta had anything to do with its name.

This spot on the map had no name until the government decided in 1871 to establish a post office there. The community was given the name Marengo but the post office was discontinued in 1886. When it was reestablished in 1892, the name Marengo had been taken by another town in Wisconsin. A local resident suggested Disco — named after her hometown in Illinois.

It was about this time that C.J. Hogg and Frank O’Hearn started a general store which was later owned by the Kimball, Potter and Zindrick families. The store was purchased by Raymond and Ann Kindrick in 1959. I believe it closed sometime in the 1980s when the Kindrick’s retired.

Today the location of the store is part of a community park in Disco, which used to have a creamery, blacksmith ship and a school.

The Franklin Store was built in 1909 or 1910. One account I found says it was built by Iver Pederson who also had a store in Ettrick, but another account says it was built by August Yahr, a Norwegian immigrant who had previously worked for Pederson. August and his wife Josephine purchased the store in 1914 and operated it until 1959, when it was sold to the Fosses.

Borghild Fosse died in 1978 and Ted died in 1987. Ted’s daughter Joyce Graff kept the store open a little longer, but it closed sometime in the late 1980s. The Fosse’s lived in a house attached to the back of the store, which today is used as a residence.

Located at county highways S and C is Hegg, named after Hans Christian Heg (they added a G to the town name), a Wisconsin antislavery activist and a Civil War veteran who died after being wounded in the war. A post office was established in 1873 and the present store building dates to 1888. It served as the post office, where the mail was dropped off weekly by stagecoach.

Lars Underheim was long associated with the Hegg store. According to the History of Trempealeau County from 1917, Underheim managed the store for four years under one owner and two years under another before buying the store in 1907.

“He has since conducted it on a profitable basis, keeping a complete line of general merchandise including groceries and county produce and is drawing patronage from a wide extent of rich surrounding territory,” the book says.

Underheim retired from the store in 1949. Like the Disco store was, the Hegg store is two-story with living quarters upstairs. It was operated by the McMahon family in the 1970s, when my teammates would stop in for a treat after baseball practice in nearby Punker Park. The store closed sometime in the 1980s. There was an attempt to open it as a restaurant a few years ago, but the building sold in 2017 and is now a residence.

I can find little about the history of the store, other than a photo from the Trempealeau County Historical Society taken in the 1920s. I found a mention in a 1946 newspaper article that it was rented that year by Ed Gunderson. I don’t recall the store being open in the 1970s, but it was purchased by Christa Berg in 1982 and for many years was the location for her yarn and crafts store, which closed a few years ago. Today the building is empty.

I apologize for any errors, as the stories of these stores are incomplete; perhaps readers will help fill in the gaps. The stories are not unique – most rural communities at one time had their own general stores. Some buildings still stand. Others are gone, like the neighborhood centers they once were.

You just don’t get the same feeling shopping in a big box store or pushing a buy new button online.

Old memories become blurry with the passage of time, but a particularly cold Sunday 45 years ago that stands out for me was memorable across w…

The former Beach Store in 2021. The building is empty. Chris Hardie photo.

None of these buildings from downtown Disco in 1916 remain today.

The Disco Store which used to stand at the corner of Jackson County highways C and X.

Undated photo of the Old Hegg Store, which was built in 1888.