Become a Member
Read Today's E-edition
Share This
Chris Hardie: The sycamore is a survivor
0 Comments
Share this
1 of 4 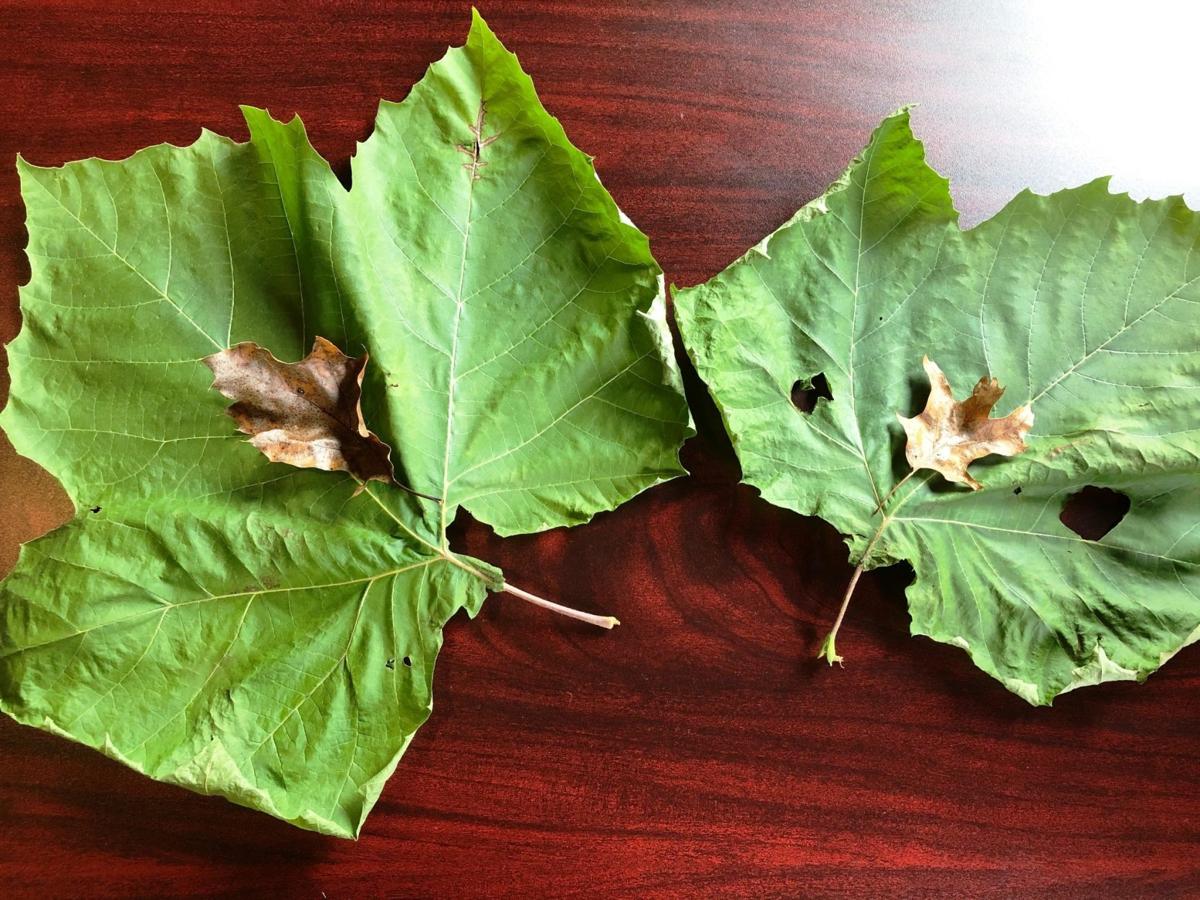 An oak leaf is small compared to the sycamore leaf. 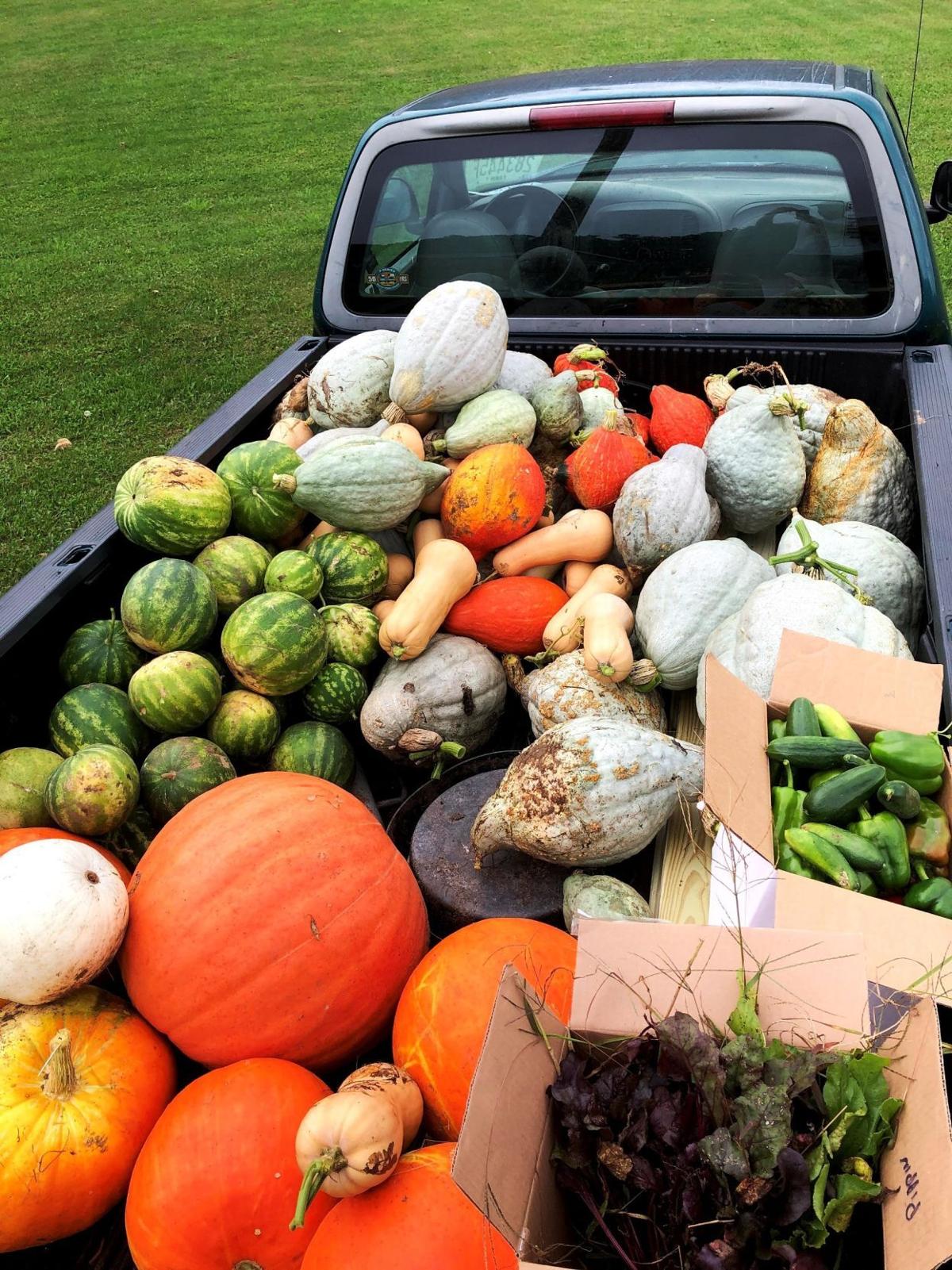 The fall harvest nearly fills the back of Chris Hardie's pickup truck. 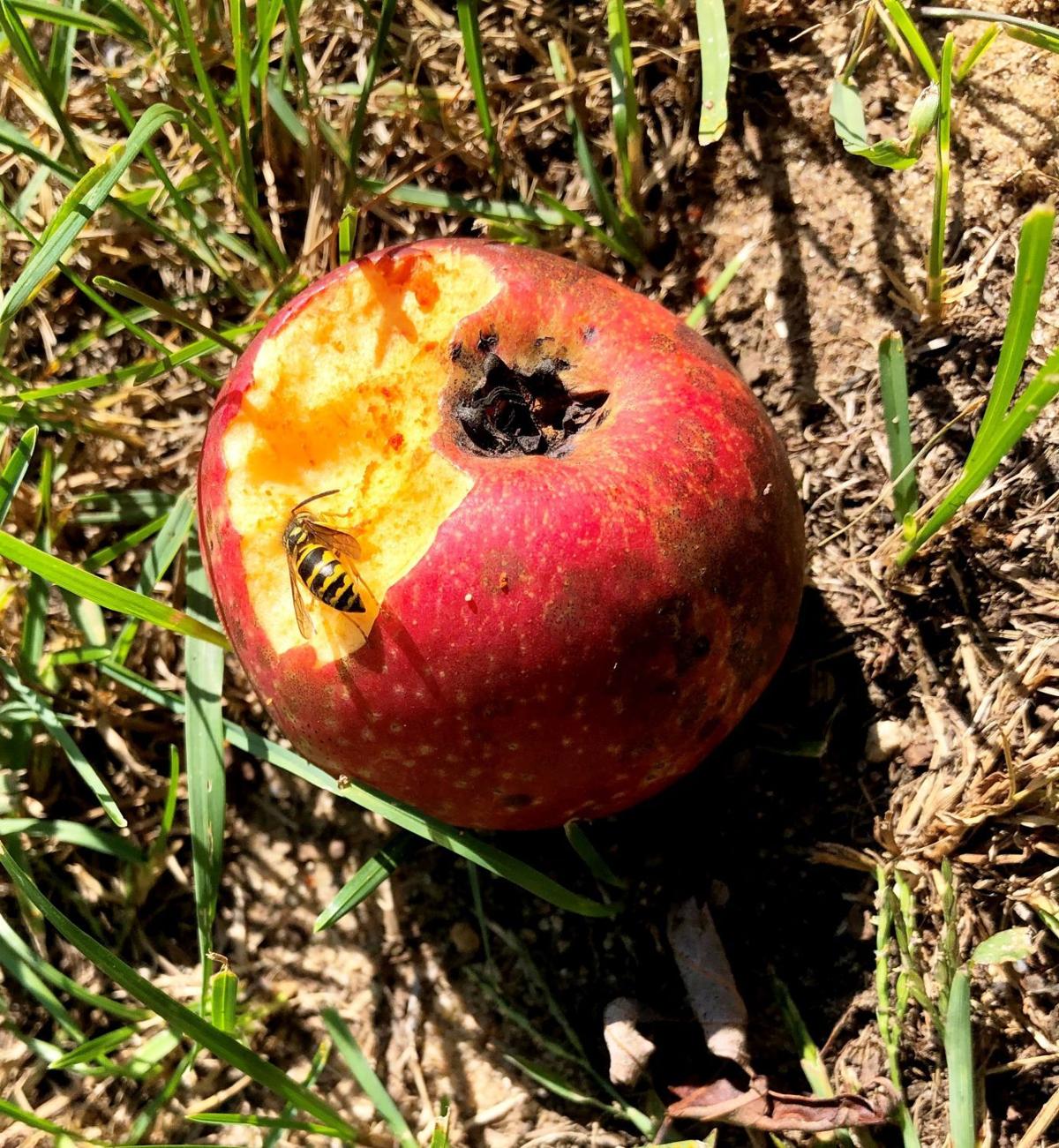 A hornet finds food in an apple.

Fall is the time of year when we enjoy the different trees and the range of colors they display as the leaves start to change.

Maples, birch, elm, ash, hickory, walnut, poplar and oaks account for the vast array on the hillsides surrounding our valley, but there’s one tree in my mother’s yard that’s out of place.

It’s a sycamore, a common tree to the south and east but not so much in Wisconsin or Minnesota. It thrives best in warmer climates, where it grows quickly and has huge canopies.

The sycamore in her yard comes from seed that was from my mother’s grandmother’s family that lived in St. Louis. The fact that it grew this far north and in our sandy soil (sycamores like damp feet) is a testament to my mother’s green thumb.

Under ideal conditions sycamores can exceed 150 feet with massive trunks up to 14 feet in diameter. Mom’s sycamore — which is about 50 years old — is much smaller than that. We thought that it did not survive after the polar vortex a few years ago as it only sprouted a few leaves that spring.

It must have taken Mom’s threat with the chainsaw seriously, because while much of the trunk looks dead, it grew more foliage this year. One way to identify a sycamore is by its huge leaves — they grow up to a foot or more in size.

The leaves will soon turn a pale yellow and then brown. Time will tell if it will survive another winter.

Last year I wrote about my battle against a nest of underground hornets that were living near a clothesline pole.

This is the time of year when the marauding yellow jackets are nuisances if you’re outside with any kind of food. And they’ve returned to find another home under the corner of my garage, quite near the apple trees in our yard.

The other day I was attacked and was stung on my arm. I guess I was too close to the apple trees. But they are feisty creatures and even a few days later, the arm is still itching.

But I know where their nest is. Time for another round in the war.

Waiting for the frost

I consider it a long season if we survive September without a hard frost, which as of this writing has not occurred. The last frost in the spring was when we had temperatures in the upper 20s on May 29.

Some recent clear nights we’ve had some white on the rooftops, but nothing on the ground so far.

It’s still that time of year when we finish the garden harvest. Last week Sherry said she needed help picking the squash and pumpkins and suggested that I bring the truck.

I thought she was kidding.

But really, I knew better.

By the time we had harvested the squash, pumpkins and watermelons, along with a box of potatoes, peppers, tomatoes and beets — the back of the truck was quite full.

Now the real work begins. Getting them opened up, cooked and into the freezer may require a new chainsaw blade or a sharp axe.

Saturday marks the start of the Wisconsin gun deer hunting season and will be my 46th opener. There are lots of memories over those years but …

PET OF THE WEEK: Cecil

Canadian author Margaret Atwood gets her own stamp

Canadian author Margaret Atwood gets her own stamp

An oak leaf is small compared to the sycamore leaf.

The fall harvest nearly fills the back of Chris Hardie's pickup truck.

A hornet finds food in an apple.