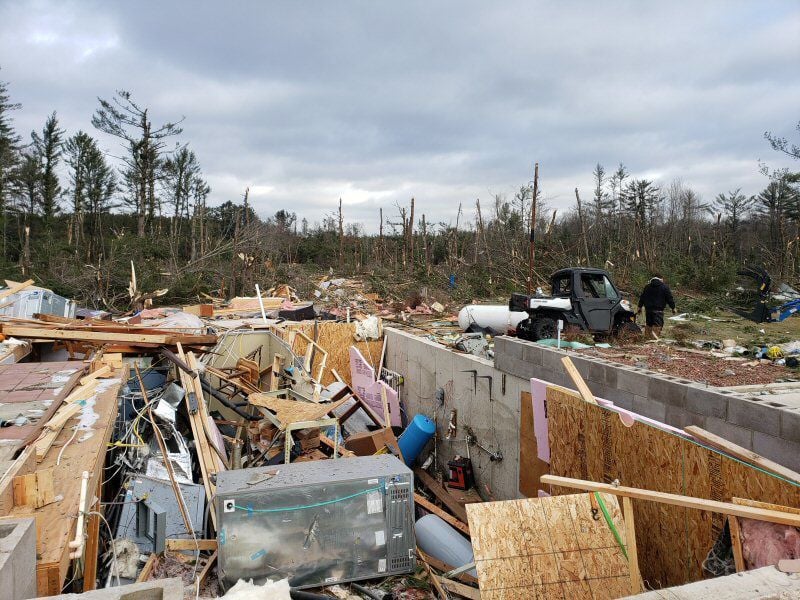 A tornado damaged farms and homes in Clark County on Dec. 15.

This farm building in rural Trempealeau sustained damage from the Dec. 15 storms. 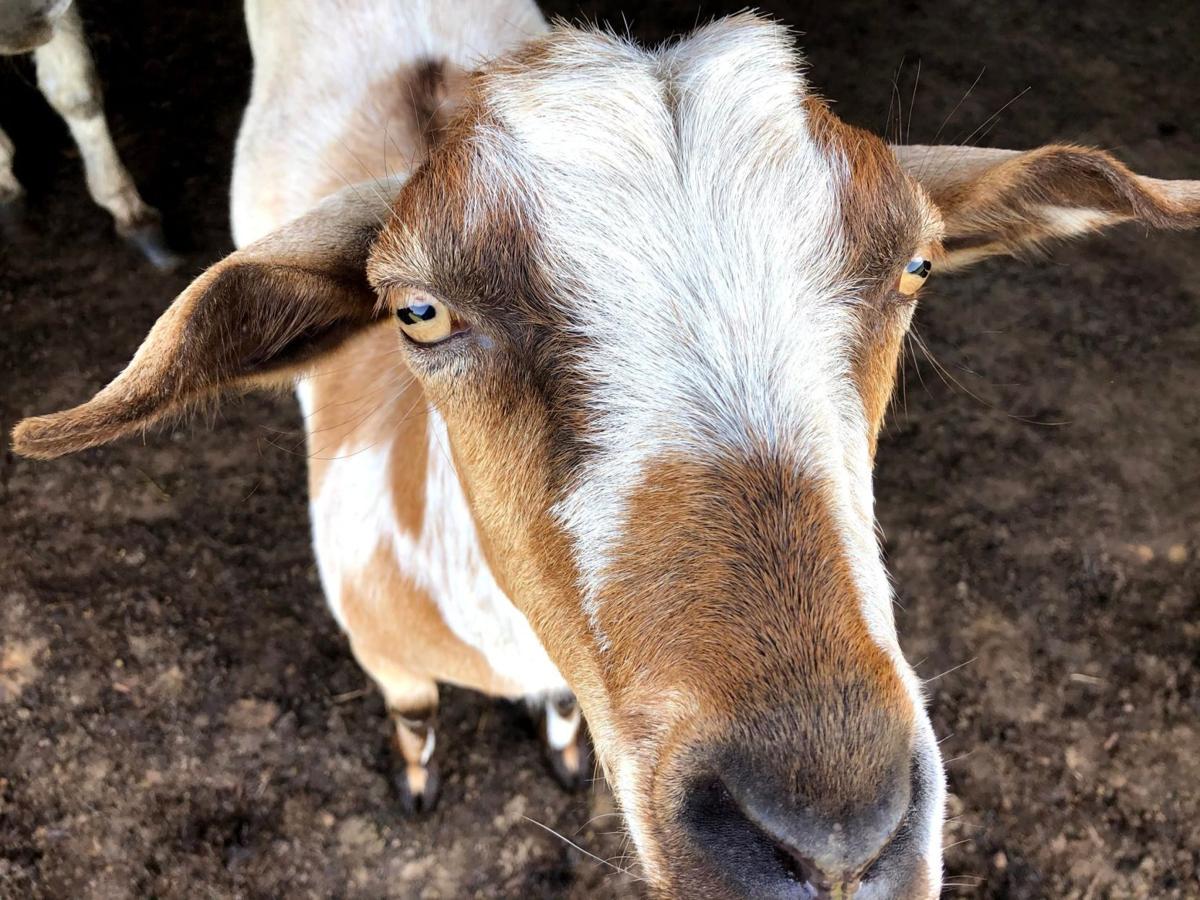 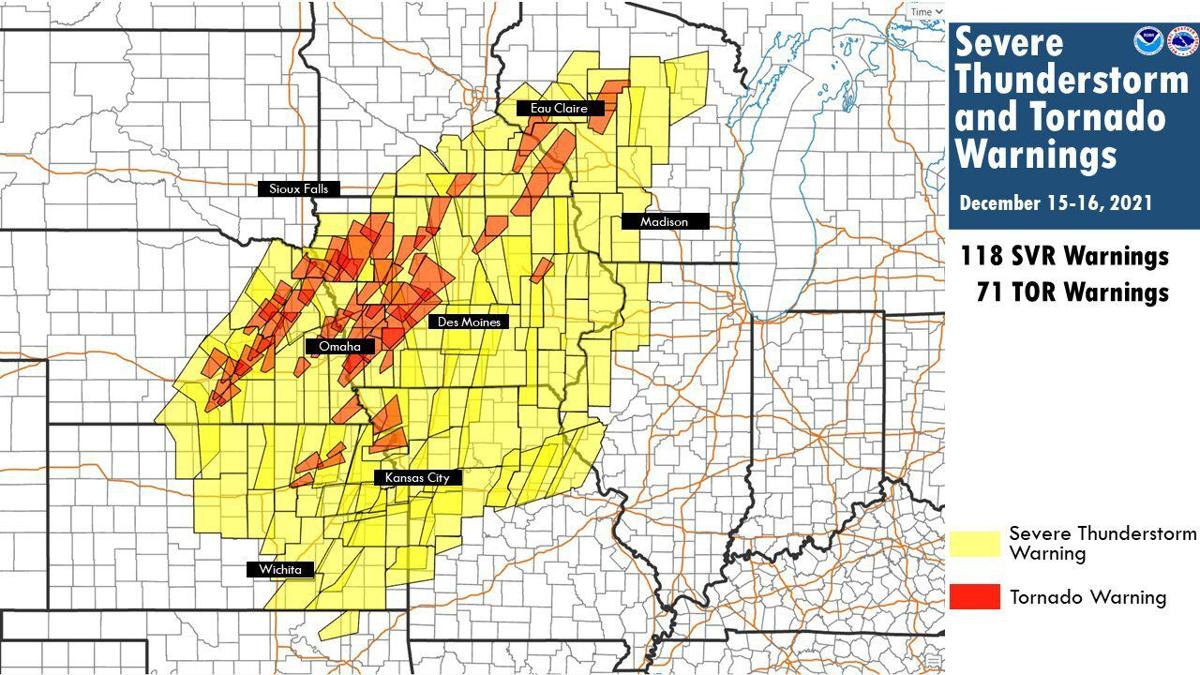 Many are still recovering from a rare December severe weather event Dec. 15 that brought more than a dozen tornadoes and strong winds across parts of Iowa, Minnesota and Wisconsin.

Just a few days earlier we had our first major snowstorm of the winter when about 7 inches of heavy snow dropped on our farm. That was quickly erased when temperatures climbed into the middle 60s on Dec. 15 preceding the storm.

The temperature reached 69 degrees in La Crosse, which the National Weather Service said was the record high not only for December but is the all-time warmest day for meteorological winter (December through February).

The line of severe thunderstorms brought destructive winds of 60 to 90 mph and tornadoes. Within a few miles from us a shed under construction was destroyed and a garage was blown apart. The damage was widespread, as parts of Clark and Chippewa counties were hit by tornadoes.

We were mainly spared — I have a little work to do on a rain gutter — but I did find one of our goats dead the next morning. I don’t know if the death was storm-related. It’s possible that the goat may have been struck by lightning, but none of the other animals were injured.

The storm also blew down some of the holiday lights that I so painstakingly installed a few weeks ago before my mishap with the ladder.

No, I’m not going to replace them again.

I know that my bulb is a few lumens shy of full brightness at times but I got the message. No more rooftop frolicking.

Besides, I’m not sure I have the courage to ask my wife to hold the ladder.

Last year for the holidays I wrote about how Christmas and animals go together as I remembered a Christmas Eve more than 45 years ago.

I had crawled into the hayloft to fetch bales of hay to throw down a chute to feed the cows. The sweet smell of the hay blended with the slight pungent odor of manure. Misty clouds of vapor from the breathing animals created a little warmth. I started humming “Away in a Manger” thinking about the special night ahead.

Others remember those special nights as well. Recently I came across a Christmas letter sent by cousins Chuck and Sue Bilkey in 2014 that told about Christmases on our farm from 75 years ago. Sue’s grandmother Hilda Hardie was my great-grandmother. Sue died in 2019, but Chuck still lives in Wales, WI.

Sue said the cousins would act in a Christmas program for the adults and Grandma Hardie would play her harmonica — once a year.

“She also said on the eve of Christmas we were to go to the barn as the cattle would be lowing,” the letter said. “It was a special time for us to smell the hay and see the cows chewing their cuds and laying in a peaceful, quiet position.”

I’m glad that I found that letter, which hit home for me. The old barn may be silent and empty, but it is full of memories.

Old memories become blurry with the passage of time, but a particularly cold Sunday 45 years ago that stands out for me was memorable across w…

A tornado damaged farms and homes in Clark County on Dec. 15.

This farm building in rural Trempealeau sustained damage from the Dec. 15 storms.