The 2019 Coon Creek Canoe Races and Festival took over downtown’s Coon Valley park, as community members gathered in an effort to bring joy and a sense of community back to Coon Valley.

The event, which hasn’t been done in 25 years, was rebranded this year and is being supported by the Coon Valley Business Association. The goal of the event is to bring comfort and pride back to the community after it was decimated by floods during the past couple of years.

One of the most memorable parts of the flooding in August 2018 was the improbable story of King, the bull that was displaced from his home and ended up on Hwy. 14 in downtown Coon Valley. The bull was later reunited with his owners and now serves as the inspiration for this year’s event, reminding others about the ability of the community to collaborate and rebuild together.

Beth Hanson, Coon Valley Business Association treasurer and event organizer, said, “We’re just trying to bring some fun back into the community. We’re trying to establish some unity in the community as well.”

Hanson estimated that 200 canoes would make their way down the creek throughout the day, meaning 400 people would make the 3.8-mile trek downstream and into the park.

All this in a village where only about 700 people call home.

Some of the first paddlers to make it to the park were happy with their time on the water and looked forward to the rest of the event.

“They’ve done a fantastic job setting up down here, said Troy Nelson of Coon Valley. “It’s beautiful down here compared to the wreck it was before.”

Nelson and his friend Jamie Evenston, also of Coon Valley, navigated the creek in about an hour and didn’t mind that they fell overboard after hitting a log. They were excited for the musical performances and other entertainment at the festival, choosing not to focus on their quick plunge into the creek. The two friends remember when the festival was around 25 years ago and are happy to see it back in action.

One year after major flooding, Coon Valley grapples with what comes next 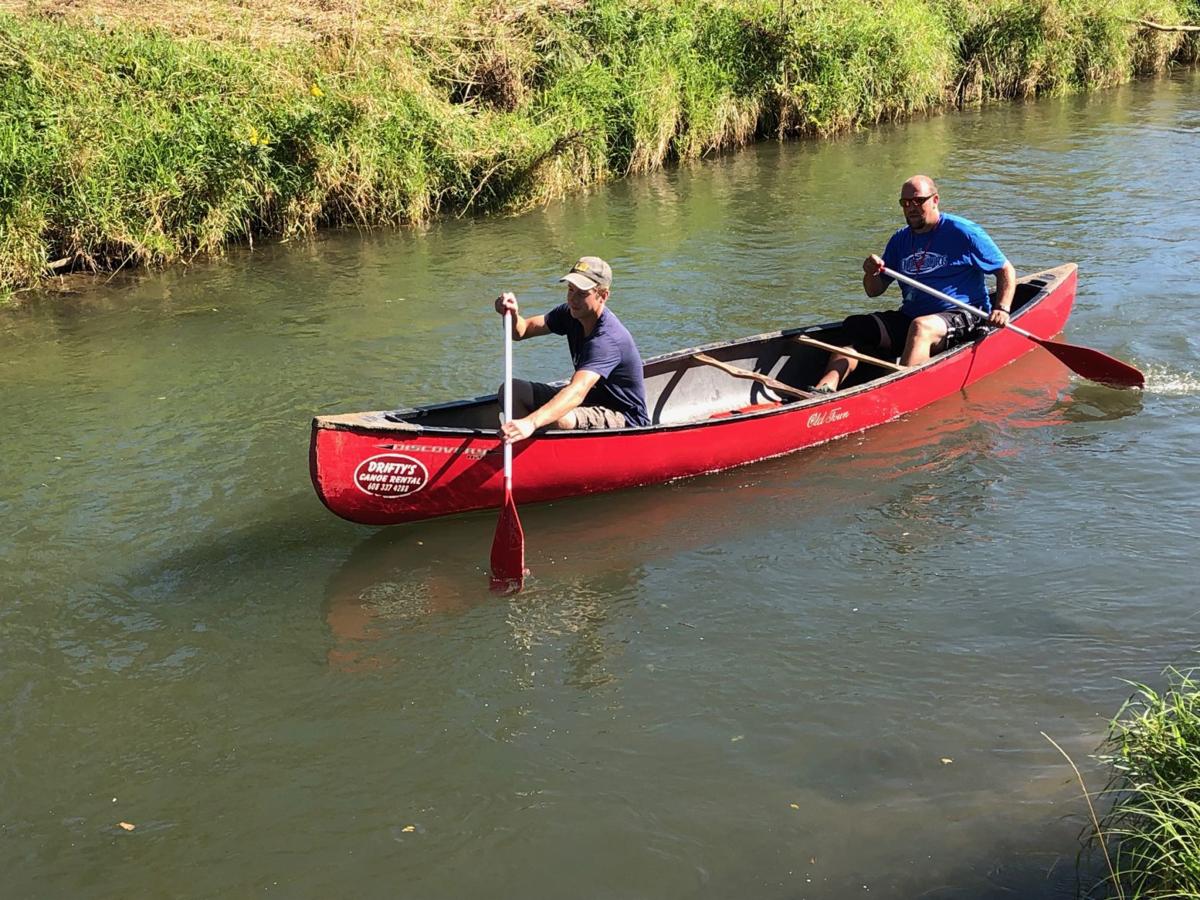 Brandon Wehling, left, and his friend paddle their way downstream Saturday during the Coon Creek Canoe Races and Festival. 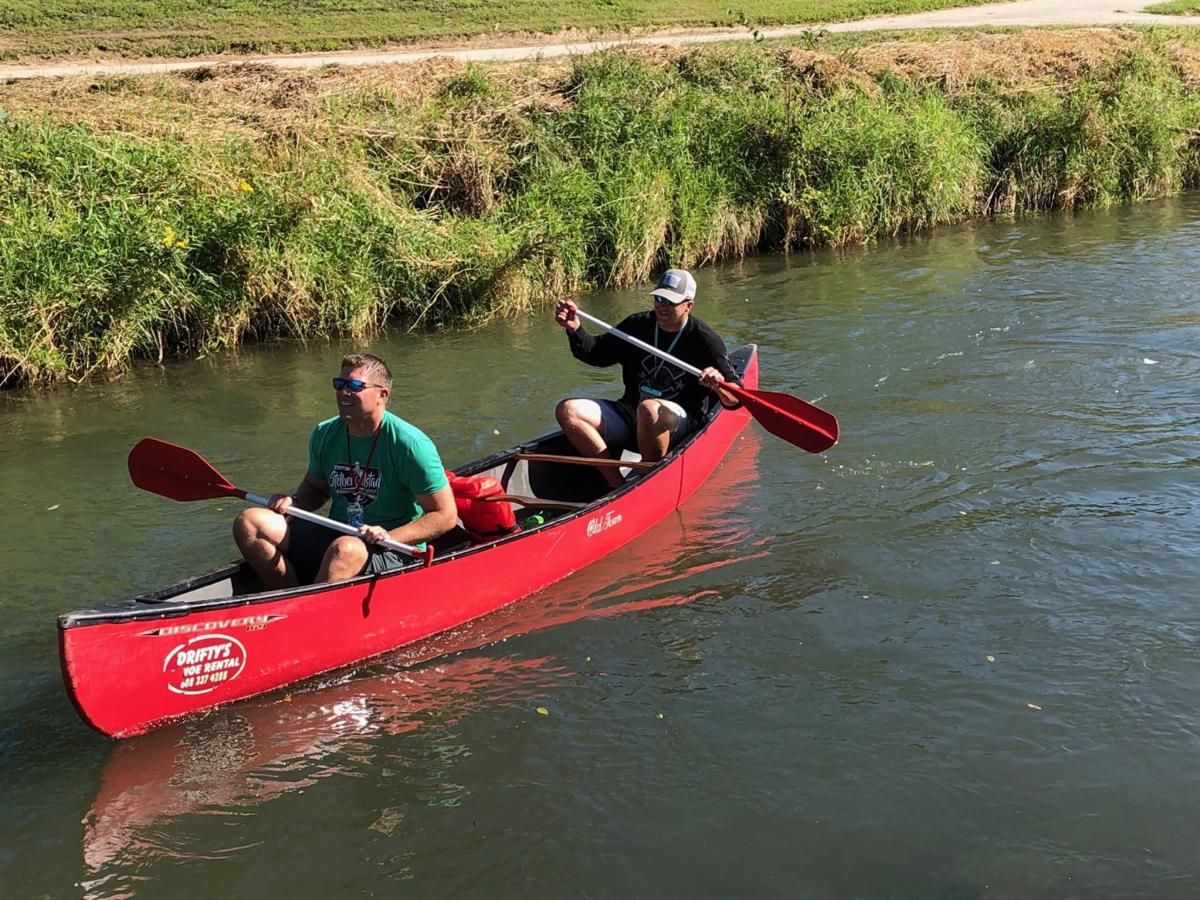 Troy Nelson, left, and Jamie Evenston, both from Coon Valley, approach the end of their canoe route Saturday. 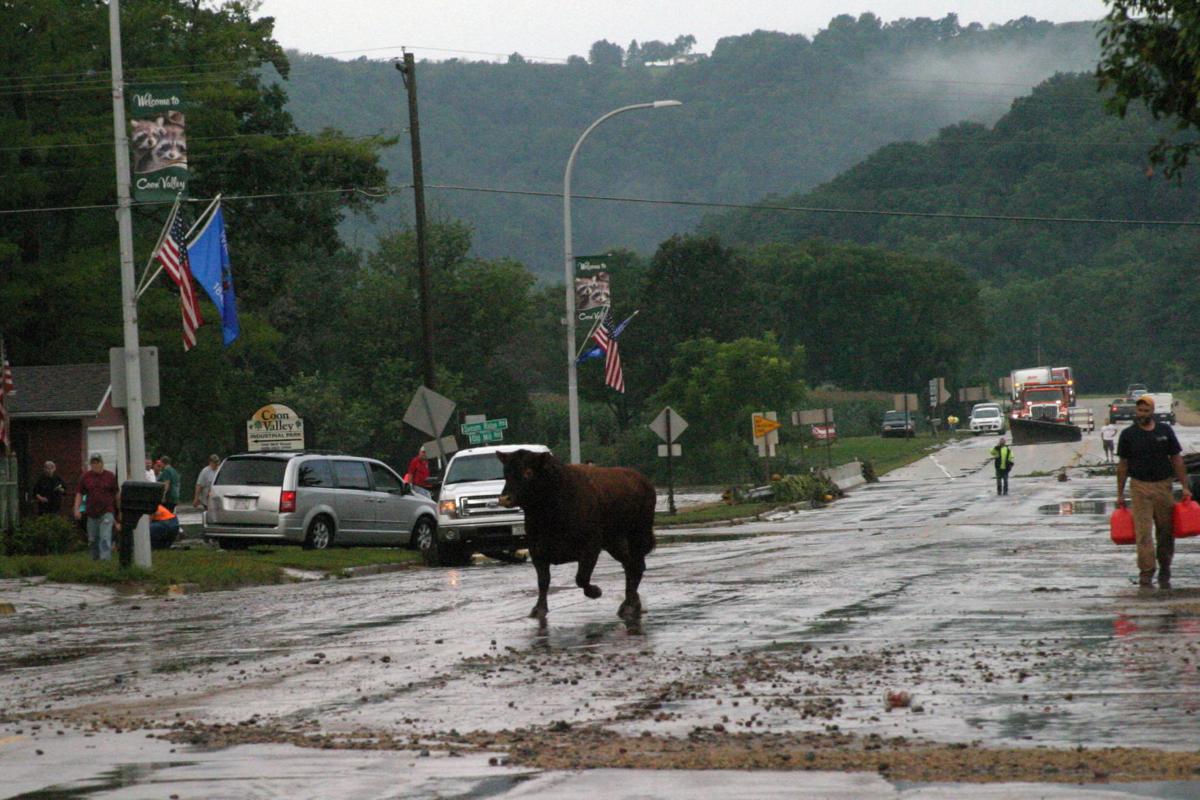 A displaced and unhappy red bull roams Central Avenue in Coon Valley on Tuesday, Aug. 28, 2018, after flash flooding the night before.