A La Crosse County group dedicated to criminal justice said Wednesday that it will create three subcommittees to come up with answers to questions raised by Black Lives Matter protesters in the La Crosse area.

The La Crosse Criminal Justice Management Council — a committee under the La Crosse County Board that includes representatives from every part of the justice system — discussed ways it can address systemic racism in our community, with leaders saying it was important to make sure that the voices of African-Americans and other people of color are heard as they build toward meaningful change.

Suthakaran Veerasamy, a member of the council and expert in implicit bias training, stressed the need to include people of color in the discussion. The council is made up of mostly white people and Veerasamy stressed the need for them to listen to the firsthand experiences of people who are different from them.

“Please bear in mind the needs of people of color and the only way you’re going to find out is to sit down with them and include them in each step of this process. If not, we’re going to go back to square one,” Veerasamy said.

It is difficult for people of color to address the system and share their perspective without being shut down, he said, and while they shouldn’t be expected to come up with all of the answers, they have a good idea of where the problems lay.

“I don’t think it’s up to us to solve this, but as people of color, I think, I believe personally, we have the responsibility to share how we see the problem, and it’s up to committees like this to solve them,” Veerasamy said.

The problems of systemic racism go beyond policing, he said.

“This is not a police problem. This is a cultural problem. Racism is deeply imbedded in this culture and some people refuse to look at it,” Veerasamy said.

Kat Sade, a La Crosse resident who sat in on the meeting, said policing was a good place to start addressing systemic racism because of its unique authority.

“They are also leaders in the community. If our police are willing to accept racism as an issue, then we are one step closer to getting other cogs in the system to change,” Sade said.

While the bare minimum is making sure African-Americans are not being killed or beaten by police, that’s not the goal, she said.

“We’re better than that. We want (people of color) in our area to feel safe with police. That’s the goal,” Sade said.

La Crosse Police Chief Shawn Kudron agreed, saying police have a unique position within the community and police agencies need to find a way to make a positive impact.

“We need to be better, we need to do something better than what we have done in the past to provide us the understanding that Sutha has mentioned and to get us to a place we haven’t been before,” Kudron said.

The Criminal Justice Management Council’s new effort will incorporate proposals by the city of La Crosse and La Crosse County to create a board for community members to give more direct feedback and new perspectives to their elected officials.

“My understanding is that the police department would welcome that kind of feedback and relationships with citizens because those are some challenges and things are changing all the time,” Kabat said. “If we’re able to get best practices and learn from the people in our community about these issues, I think that would be helpful.”

La Crosse County Board Chair Monica Kruse said the board had been discussing a similar effort that would discuss not just policing, but other county policies.

“It would be more of a widening of the lens to bring in community members who in the past have not had a voice to advise us on the things that we do,” Kruse said.

The subcommittees will work with other groups, including the La Crosse School District, which will vote Monday on the creation of a subcommittee of its own to discuss the future of the school resource officer program.

Onalaska Police Chief Charles Ashbeck stressed the need to get other school districts involved, rather than just La Crosse.

“They should have a voice if this council is going to put out recommendations that will affect or put pressure on other school districts,” Ashbeck said.

The CJMC subcommittees will also need to coordinate with the Police and Fire Commissions in La Crosse County communities, which have statutory authority over the police and fire departments.

Training will be a challenge, because it requires a lot of time, money and organization to find an instructor able to work with a police department’s schedule and do multiple trainings so everyone can attend.

“It is a huge challenge, but that doesn’t mean we’re not open to exploring options,” Ashbeck said. “We’re not going to make substantial change with just one hour or two hours of training a year.”

People who want to participate can contact Gruenke at Tim.Gruenke@da.wi.gov or Mandy Bisek at mbisek@lacrossecounty.org.

“Please bear in mind the needs of people of color and the only way you’re going to find out is to sit down with them and include them in each step of this process. If not, we’re going to go back to square one,” Suthakaran Veerasamy, council member

“Please bear in mind the needs of people of color and the only way you’re going to find out is to sit down with them and include them in each step of this process. If not, we’re going to go back to square one,” 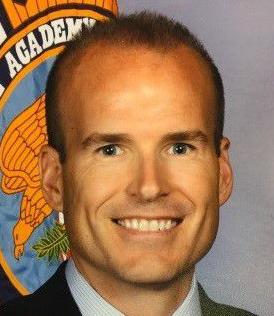