A 24-year-old La Crosse man was charged with first-degree recklessly endangering safety and several other counts in connection with an altercation in which two people were shot early Sunday in downtown La Crosse.

Isaiah P. Stenson Jr., 24, was arrested at about 2 a.m. Sunday in connection with the incident, which had occurred at about 12:15 a.m. at Third and Main streets. The two people shot, whom police did not identify, went to Gundersen Health System at about 12:40 a.m. and were treated for gunshot wounds and released, according to the La Crosse Police Department.

Police initially responded to a call for a disturbance among several people in the middle of the 100 block of South Third Street. The people involved in the fracas began walking north on Third Street, and shots were fired when the group neared Main, according to the police report.

Witnesses identified Stenson as the potential suspect described his vehicle, details that police were able to confirm from the downtown Safe-Cam video system.

Officers located the vehicle about 2 a.m. and determined that the suspect was in the car. They arrested him without incident, according to police.

In addition to the charge of first-degree recklessly endangering safety, Stenson also was charged with resisting or obstructing an officer, disorderly conduct, felony theft and possession of THC when he appeared Monday afternoon in La Crosse Circuit Court. Stenson, who has been in La Crosse but has no permanent address, is from Toledo, Ohio, according to police records.

The felony theft charges are in connection with a July 25 incident in which Stenson was accused of stealing a 55-inch flat screen TV and a laptop from an apartment where he had lived with his former girlfriend, according to a police report.

The pair had broken up that day, and Stenson told police he took the items, valued at $1,500 apiece, intending to sell them to recoup $200 he said the woman owed him, according to the report.

Stenson, who is being held in the La Crosse County Jail in lieu of $10,000 bond, alleged that the girlfriend, with whom he has since reconciled, owed him the money because she had flushed two Percocets down the toilet. He intended to sell the items to settle the debt, he told police.

Upon being told that the laptop was not hers, he returned it to its rightful owner, according to the police report.

Police credited the Safe-Cam videos for their ability to arrest Stenson quickly in the shooting case.

“The video provided police with very specific details of the suspected shooter and ultimately the confidence that they were arresting the right person when they located Isaiah Stenson,” a police department news release said.

“Additionally, having multiple camera views provided clarity of who was involved in the incident and the vehicle that Stenson fled in after the shooting,” the release said.

Jovan McNell, 28, of 1221 West Ave., was charged Aug. 31 with substantial battery. McNell pulled a man out of the entrance of the Salvation Army and slammed him to the ground Aug. 17, according to the complaint.

Robert Hattle, 59, of 939 Adams St., was charged Aug. 29 with substantial battery, fourth-degree sexual assault, resisting an officer and disorderly conduct. Hattle grabbed a woman's buttox and threw her to the ground at Kornfest on Aug. 18, then pulled away from an officer when placed under arrest and actively fought being handcuffed, according to the complaint.

Ryan Kohls, 36, of N1473 Breidel Coulee Road, was charged Aug. 28 with operating while intoxicated and with a prohibited alcohol concentration, both fourth offenses. On Aug. 26, Kohls was pulled over and registered a 0.12 preliminary breath test, according to the complaint.

Jenna Cadena, 31, of West Salem, was charged Tuesday with operating a vehicle while intoxicated and with prohibited alcohol concentration, both as a fourth offense. Cadena registered a breath-alcohol reading of 0.243 when pulled over on Aug. 17, according to the complaint.

Deandre D. Owens, 29, of 1413 Caledonia St. was charged Aug. 20 as a fugitive. Owens was being held on a warrant from Winnebago County, Ill., where he was wanted for felony aggravated fleeing a police officer, according to the complaint.

William VanLone, 43, of 3643 Mormon Coulee Road, was charged Aug. 16 with uttering a forgery as a repeat offender. VanLone attempted to cash checks totaling over $15,000 at multiple locations on July 31, according to the complaint.

Ryan Winchel, 28, of Hillsboro, was charged Aug. 16 with second-degree sexual assault. The victim was heavily intoxicated and unable to consent and had visible injuries, according to the complaint

Tirzah Anglin, 24, of 907 Main St., was charged Aug. 16 with possession of methamphetamine and drug paraphernalia. A search of Anglin's backpack revealed glass smoking pipes, and two gem bags with methamphetamine, according to the complaint.

Rosheda Basley, 36, of 907 Ward Ave, was charged Aug. 15 with possession of narcotic drugs. A search of Basley's bedroom uncovered heroin points inside a cigarette pack, according to the complaint.

Gregory L. Coleman, 42, no permanent address, was charged Friday with felony bail jumping and possession of cocaine. Coleman violated terms of a previous bond by consuming alcohol early Aug. 4 and had 0.5 grams of crack cocaine in his pocket, according to the complaint.

Jeremy J. Degenhardt, 44, of 2620 Lakeshore Drive was charged Wednesday with intimidation of a victim, battery, two counts of disorderly conduct, two counts of bail jumping and criminal damage to property. Degenhardt violated terms of a previous bond by committing new crimes, including punching a woman and breaking several items at her home, according to the complaint.

Justin Sickels, 37, Bangor, was charged Wednesday with criminal damage to property, disorderly conduct, domestic abuse and felony bail jumping. Sickels attempted to kick open the door to the apartment he shared with a woman after she locked the door during an argument, damaging the wall and deadbolt, according to the complaint.

Dalandis Kemp, 25, of 1022 S. Fifth Ave., was charged Wednesday with possession of narcotic drugs and misdemeanor bail jumping. Kemp violated his bond June 4 by having heroin, according to the complaint.

No one injured in Monday fire in downtown La Crosse 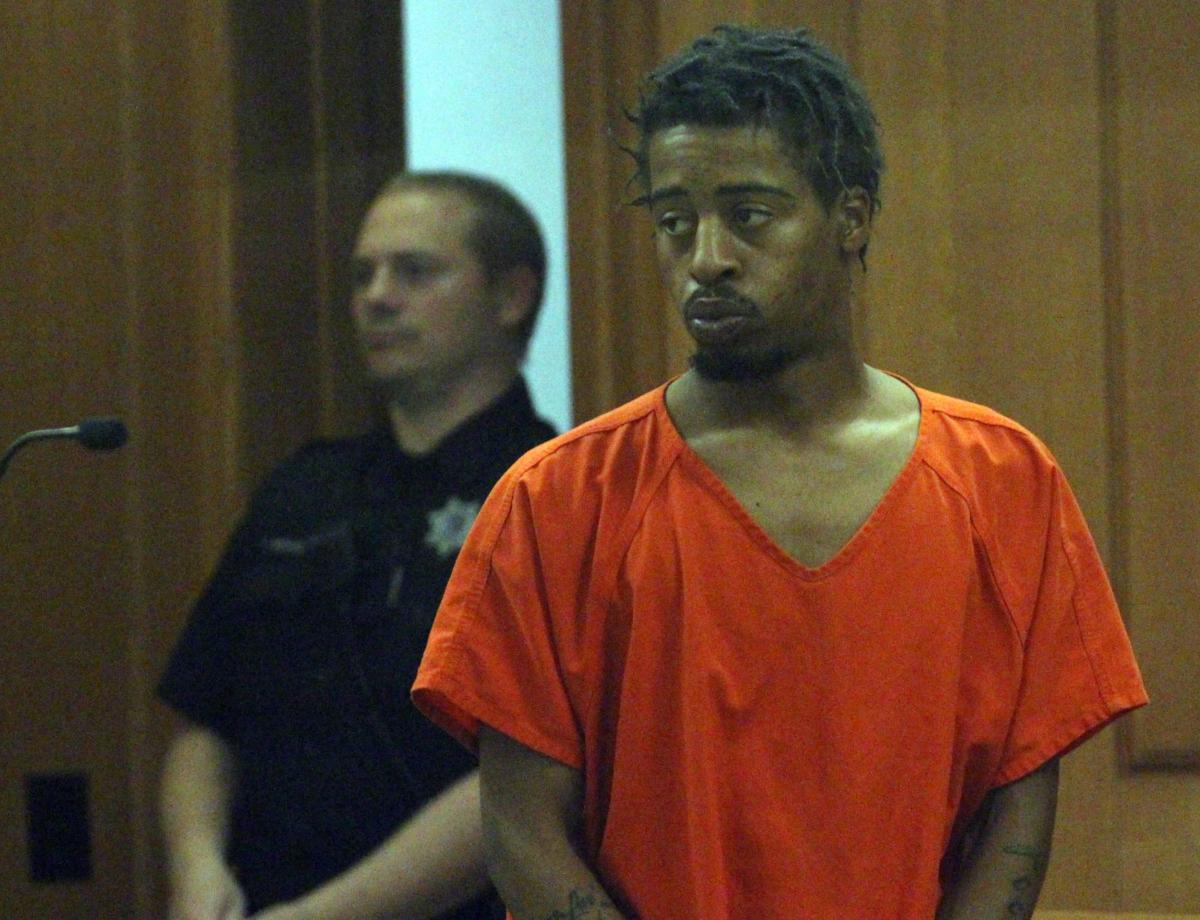 Isaiah Stenson, 24, appears Monday afternoon in La Crosse County Circuit Court in connection with a shooting incident Saturday night in downtown La Crosse in which two people were injured. He is expected to be charged Wednesday.