La Crosse police asked for help Friday in locating a La Crosse woman and her sick 1-month-old child while the child’s father was in La Crosse County Circuit Court.

The La Crosse Police Department put out a Facebook post Friday afternoon asking for people to contact authorities with information about the whereabouts of Tracy Cadogan, 40, and her son, who is in need of critical medical attention.

Police were called Thursday to Cadogan’s residence on the 800 block of West Avenue South by La Crosse County Child Protective Services after a social worker raised concerns that the baby hadn’t been taken to the hospital to be treated for jaundice, a condition that causes yellow discoloration in a baby’s skin and eyes and can indicate severe health problems, according to Mayo Clinic Health System’s website.

The social worker told police she was concerned that, if untreated, the baby could develop brain damage, according to court records.

While Feist was in court, La Crosse County Circuit Court Judge Elliott Levine asked him to give law enforcement any information he had about Cadogan’s location, saying, “It might be life or death for the child, if the child doesn’t get to the hospital.”

According to the criminal complaint, the social worker had been attempting to contact the family for a week, and on Dec. 20 spoke to Feist, 30, who refused to provide information about where Cadogan and the child were, according to records.

When police arrived at the residence early Thursday afternoon, nobody answered. Child protective services received a warrant about 4:15 p.m. Thursday from Levine to enter any residence to locate the baby and take him to the hospital for medical treatment.

They found Feist, who acknowledged he wasn’t supposed to be in the residence and refused to answer any questions about the whereabouts of Cadogan or the infant. When police asked if the child was alive, Feist said, “Yeah, she is a good mother; he is fine,” according to the complaint.

He also gave conflicting answers about when he last saw the child.

Feist was out on bond Thursday in connection with a Dec. 12 incident, in which he was charged with false imprisonment and disorderly conduct, both as a repeat offender. Feist was accused of tackling Cadogan and holding her down Dec. 12 while she was holding the infant. According to the criminal complaint, the victim told police Feist had drank an entire bottle of spiced rum, then refused to let her leave their residence.

Feist was previously convicted of causing mental harm to a child and fourth-degree sexual assault after he pleaded guilty to assaulting a 16-year-old when he was 21. He also has previous convictions for possession of methamphetamine, burglary, trespassing, theft and disorderly conduct.

Devin J. Chestnut, 27, no permanent address, was charged Dec. 30 with false imprisonment, misdemeanor battery and disorderly conduct. Chestnut refused to allow a woman to leave his home Dec. 15 during an argument and shut the door on her wrist, according to the complaint.

Tavius C. Goins, 18, La Crosse, was charged Dec. 30 with possession with intent to deliver THC. Goins had 220 grams of marijuana and a scale Dec. 5, according to the complaint.

Brittany T. Jones, 29, La Crosse, was charged Dec. 23 delivering heroin and felon in possession of a firearm. Jones sold 0.5 grams of heroin to a confidential informant Sept. 3 and had a gun in her drawer when she was arrested Dec. 19, according to the complaint.

Jacqlyn EN Scott, 24, La Crosse, was charged Dec. 19 with possession of methamphetamine and felony bail jumping. Scott had .8 grams of meth and drug paraphernalia Dec. 15, according to the complaint.

Michael J. Ryan, 34, La Crosse, was charged Dec. 13 with strangulation and suffocation, felony bail jumping, battery and disorderly conduct. Ryan shut a door on a woman’s arm and choked her Dec. 9 during an argument, according to the complaint.

Jacob M. Hazlett, 29, Mindoro, was charged Dec. 13 with false imprisonment, battery and disorderly conduct. Hazlett hit a woman with a stool and refused to let her leave or call police Dec. 7, according to the complaint.

Jeffrey A. Berry, 55, La Crosse was charged Dec. 12 with possession of methamphetamine and possession of drug paraphernalia. Berry was found asleep in his vehicle Dec. 9 and had 2.86 grams of meth and a glass pipe, according to the complaint.

Nicole E. Aarstad, 28, La Crosse, was charged Dec. 10 with felony bail jumping and theft of movable property. Aarstad stole a trailer sometime this fall in violation of a previous bond prohibiting her from committing crimes, according to the complaint.

Francis A. Okonmah, 27, Eau Claire, Wis., was charged Dec. 4 with possession with intent to deliver marijuana. Okonmah had 3 ounces of marijuana in two bags Nov. 19 when he was pulled over for speeding in the town of Campbell, according to the complaint.

Tyler Marvin Hoffman, 18, Kellogg, Minn., was charged Dec. 3 with strangulation and suffocation, intimidation of a victim and battery, all with a domestic abuse enhancer. Hoffman wrapped his arm around a woman’s neck Nov. 29 while in La Crosse, hit her in the face and threatened to harm her if she told police, according to the complaint.

MADISON — David Wims, 41, of La Crosse has pleaded guilty and was sentenced to 90 months in federal prison for possessing a mixture of fentany…

The La Crosse fire and police departments rescued a swimmer Wednesday who nearly drowned in the Mississippi River near the Cass Street bridge.

A La Crosse man will spend the next seven years in federal prison after he was sentenced Wednesday for dealing methamphetamine.

Jared L. Cooper was released on a $1,500 signature bond by Judge Todd Bjerke after spending a week in the La Crosse County Jail. 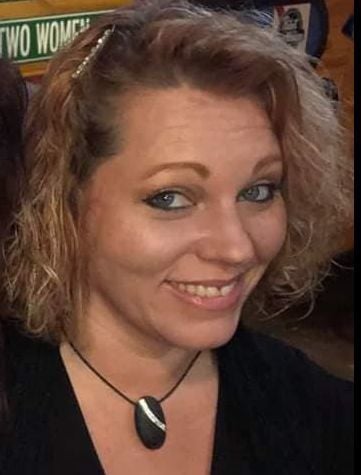