A photo of Terry Dolowy, taken more than 35 years ago, sits on a filing cabinet in the office of Lt. Scott Bjerkos of the Vernon County Sheriff’s Department.

“I have not forgotten about her, nor will I ever,” Bjerkos said.

Bjerkos was in high school when Dolowy went missing on Valentine’s Day in 1985. Dolowy was a 24-year-old server at Piggy’s Restaurant in La Crosse and lived in a La Crosse County trailer home with her fiancé, Russell Lee, and their poodle, Suzie.

She was reported missing by Lee at 8 a.m. Feb. 14 and found four days later in a ditch in Vernon County, decapitated and on fire.

The case is still unsolved, but investigators from the Vernon and La Crosse County sheriff’s departments haven’t given up hope that they’ll find the last piece of the puzzle.

“It’s not collecting dust on the shelf, I can tell you that,” Bjerkos said.

Bjerkos has been involved in the investigation since 2000, when he started as an investigator, and has been the case agent since 2012. He resubmitted original evidence collected back in 1985 for re-examination with new forensic technology, but said he couldn’t say exactly what it was because of the open investigation.

“I still think that (puzzle piece) will surface sometime here in the future,” Bjerkos said.

“When she was discovered the way she was, it was just a horrific moment,” Horne said.

In the first few weeks of 1985, Horne had just begun his stint as La Crosse County district attorney, and the area was seeing something of a surge in violent crime. Two people from the Pacific Northwest were charged with the killing of a Waukesha shoe salesman in La Crosse County, three people were killed in a shooting at St. Patrick’s Catholic Church in Onalaska, and Dolowy was found dead, all within his first six weeks in office.

“Our community even now isn’t used to horrific crimes like that,” Horne said.

Dolowy got home from work about 1 a.m. Feb. 14, and her fiancé left for his third-shift job soon after. Lee got to their trailer in Barre Mills about 4 a.m. to find the door ajar and both Dolowy and their poodle gone.

Lee told a Tribune reporter in 1985 that he was worried, but there was no sign of a struggle, and he returned to work anyway. When he came home at 6:30 a.m., she was still missing, and he called police.

On Feb. 18, a body was found on fire in the ditch on Mohawk Valley Road, just southeast of the La Crosse County line. While the head was missing, the body was identified as Dolowy using her fingerprints from a hand that happened to land underneath her body and was sheltered from the flames. Neither her head nor Suzie were ever found.

“It was a shock to the community that someone would do something like that,” said retired La Crosse County Sheriff Mike Weissenberger, who worked on the case.

Investigating was different in 1985. Weissenberger recalls a doctor telling him to put evidence taken from Dolowy’s body in a deep freezer in anticipation of a scientific breakthrough.

Police received hundreds of tips and followed up on each one, generating a mountain of paperwork. The two sheriff’s departments worked together and even brought in agents from the Wisconsin Division of Crime Investigation and asked the FBI to consider whether it could be the work of a serial killer.

During the investigation, police looked into Lee’s reported gambling debts, a suspicious vehicle a neighbor reported seeing Dolowy enter and a man convicted later of sexual assault, but didn’t have enough evidence to move forward with an arrest.

Lee was a suspect, along with as many as 100 others, Weissenberger said.

“Some we were able to eliminate as we went along and there are still some that have never been eliminated,” he said.

Authorities exhumed her body from a Chicago-area cemetery in 2007 and evidence led them to believe her killer used a now out-of-use tool to decapitate her; however, investigators declined to identify the tool, saying it’s something private between them and the killer.

Investigators also think the killer struck Dolowy in the face based on blood and mucus found in her lungs.

“It was very easy for people to imagine what the days must have been like between the day she disappeared and the day she was discovered,” Horne said.

The case stuck with law enforcement officers because of how well-regarded Dolowy was.

“Of all the people that we’ve interviewed, I’ve never had one person say anything bad about Terry Dolowy. And that’s unusual,” investigator Gary Westlie told the Tribune in a July 21, 1985 story.

While Bjerkos wasn’t an investigator at the time, he has since pored over the thousands of reports and feels almost as if he knew the University of Wisconsin-La Crosse finance major.

“This poor UW-L student was just starting to live her life. She was looking forward to graduation in the spring and going back to Chicago and working for her father’s bank,” Bjerkos said. “She was excited to start her life after college. No one deserves to have that ever happen to them, especially that young.”

Bjerkos’s older brother Larry Bjerkos was one of the deputies who worked on the case, which gave him another personal connection.

“Basically I’m taking the ball from him and other investigators,” Bjerkos said.

He keeps them in the loop as he receives tips and re-examines evidence.

“I’m constantly discussing details with them, even if they’re retired, and I take their input very seriously,” Bjerkos said.

Bjerkos encouraged anyone with any detail, no matter how small, to contact him at the Vernon County Sheriff’s Office at 608-637-2123.

To remain anonymous, contact La Crosse Area Crime Stoppers at 608-784-8477 or submit online at https://www.p3tips.com/459. You also can download the Crime Stoppers App “P3” to submit a tip via your smartphone.

On the 17th episode of Dark La Crosse Stories, the archives team at the La Crosse Public Library explores the 1953 disappearance of a local teenager in a tale that haunts the city to this day.

“(Terry Dolowy) was looking forward to graduation in the spring and going back to Chicago and working for her father’s bank. She was excited to start her life after college. No one deserves to have that ever happen to them, especially that young.”

A La Crosse man pleaded not guilty Monday to attacking a teen in February in Valley View Mall, leaving him covered in blood.

Misdemeanor sexual assault charges against a retired priest of the Diocese of La Crosse were dismissed Monday in La Crosse County Circuit Court.

A Cashton man has been charged with sexually assaulting a 15-year-old girl in the town of Howard, northwest of Chippewa Falls. 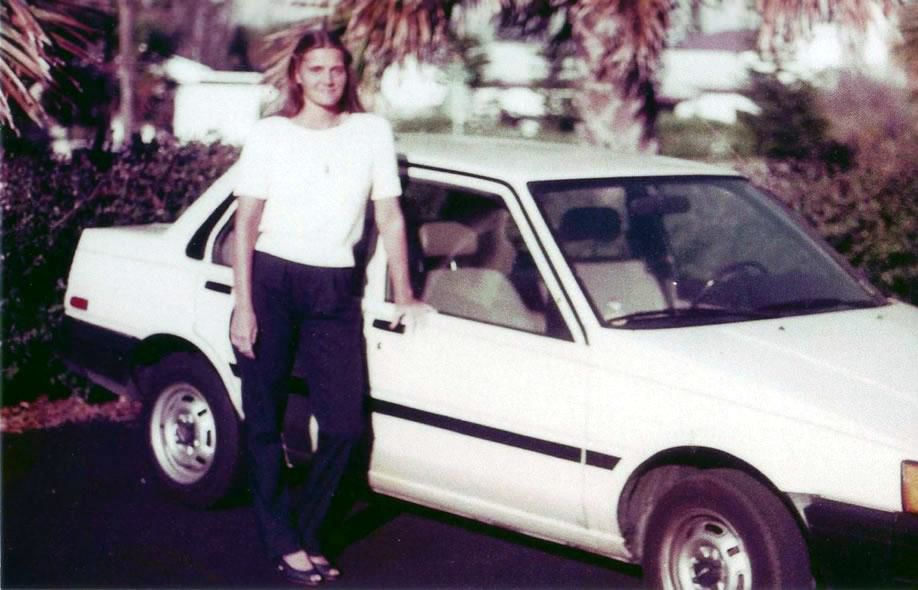 This undated photo of Terry Dolowy shows the woman with a white car. 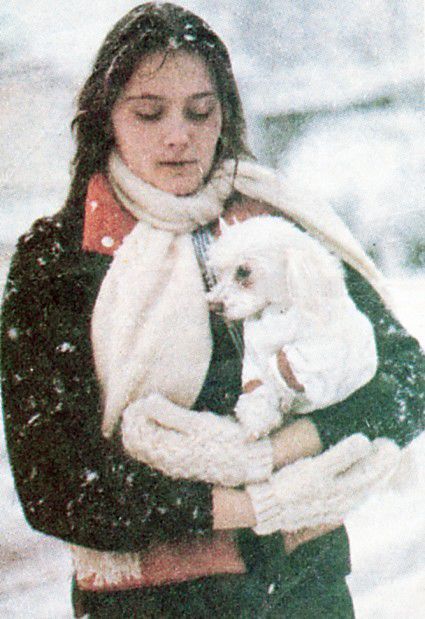 This photo of Terry Dolowy and her poodle, Suzie — taken before her Feb. 14, 1985, disappearance — was the first released by authorities as they attempted to find her 35 days ago. 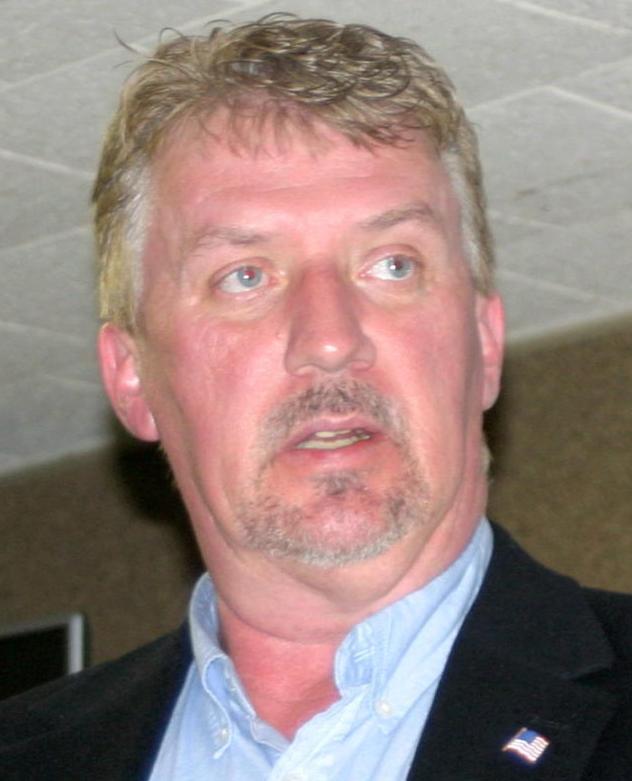 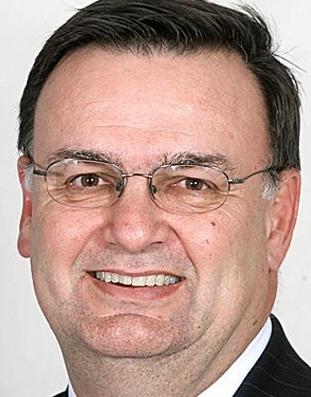