Two Texas men were accused Thursday of stealing checks from the mail in La Crosse and Onalaska and forging them to try and cash them for larger amounts.

According to the criminal complaint, Hoffman and Mason stole outgoing checks from several mailboxes last month in Onalaska and La Crosse, and then used Heet, the gas line antifreeze, to remove the writing to write in higher amounts. They then went to a bank and attempted to cash them.

Both men told police the other was primarily responsible for the scheme, according to police reports.

Hoffman was charged with two counts each of uttering a forgery and theft of moveable property, both as a party to a crime, and resisting or obstructing an officer. He remains jailed on a $10,000 cash bond.

Mason was charged with two counts each of uttering a forgery and theft of moveable property, both as a party to a crime, and possession of GHB, a date-rape drug.

Kerry P. Kavanaugh, 45, La Crosse, was charged March 19 with driving a vehicle without owner’s consent, fraudulent use of a credit card and two counts of uttering a forgery. Kavanaugh used a man’s car and refused to return it in December, used a woman’s credit card without permission Dec. 23 to purchase $6,000 in Kwik Trip gift cards and used forged checks to purchase items Feb. 28 and March 1 at Quillin's IGA on French Island, according to the complaint.

Dennis Williams, 62, Kilmichael, Miss., was charged March 12 with fourth-offense operating a motor vehicle while intoxicated and fourth-offense operating with a prohibited alcohol concentration. Williams was pulled over March 6 for going 85 mph on Interstate 90, failed multiple field sobriety tests and refused a preliminary breath test, according to the complaint.

Ricky D. Eddy, 27, Merrillan, Wis., was charged March 11 with possession of methamphetamine and possession of drug paraphernalia, both as a repeat offender. Eddy had 9.9 grams of meth and two pipes Feb. 15 when he was the passenger in a vehicle that was pulled over for expired registration, according to the complaint.

LC L. Graham, 38, La Crosse, was charged March 11 with possession of narcotic drugs. Graham had hydrocodone in his vehicle Feb. 11 when he got stuck in the snow in the south alley of the 900 block of La Crosse Street, according to the complaint.

Lewis E. Byrd was charged March 5 with stalking. Byrd called a woman 50 times in one day Feb. 21, refusing to stop after she told him to, according to the complaint.

Kailix K. Roe, 17, La Crosse, was charged March 5 with possession with intent to deliver cocaine and possession of drug paraphernalia. Roe had 6.8 grams of cocaine and a container with marijuana residue Feb. 21 when he was pulled over for crossing the center line, according to the complaint.

Jackson County officials are asking residents to call before visiting county offices in response to COVID-19.

An elderly resident of town of Chimney Rock was found a few hours after being reported missing Friday. 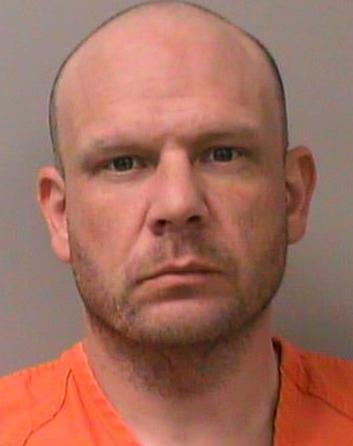