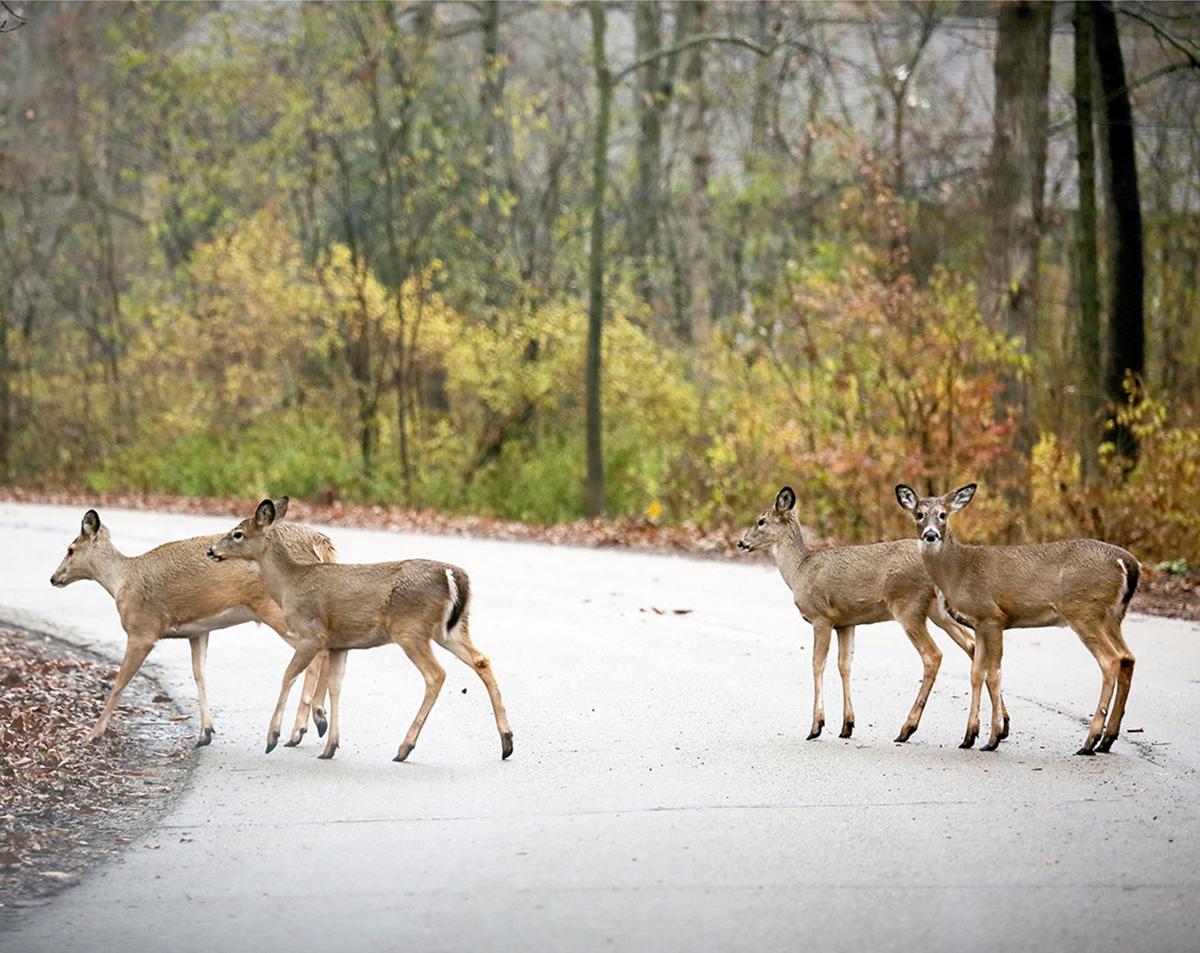 Whitetail deer walk through the grounds of the University of Wisconsin Arboretum in 2016 in Madison. 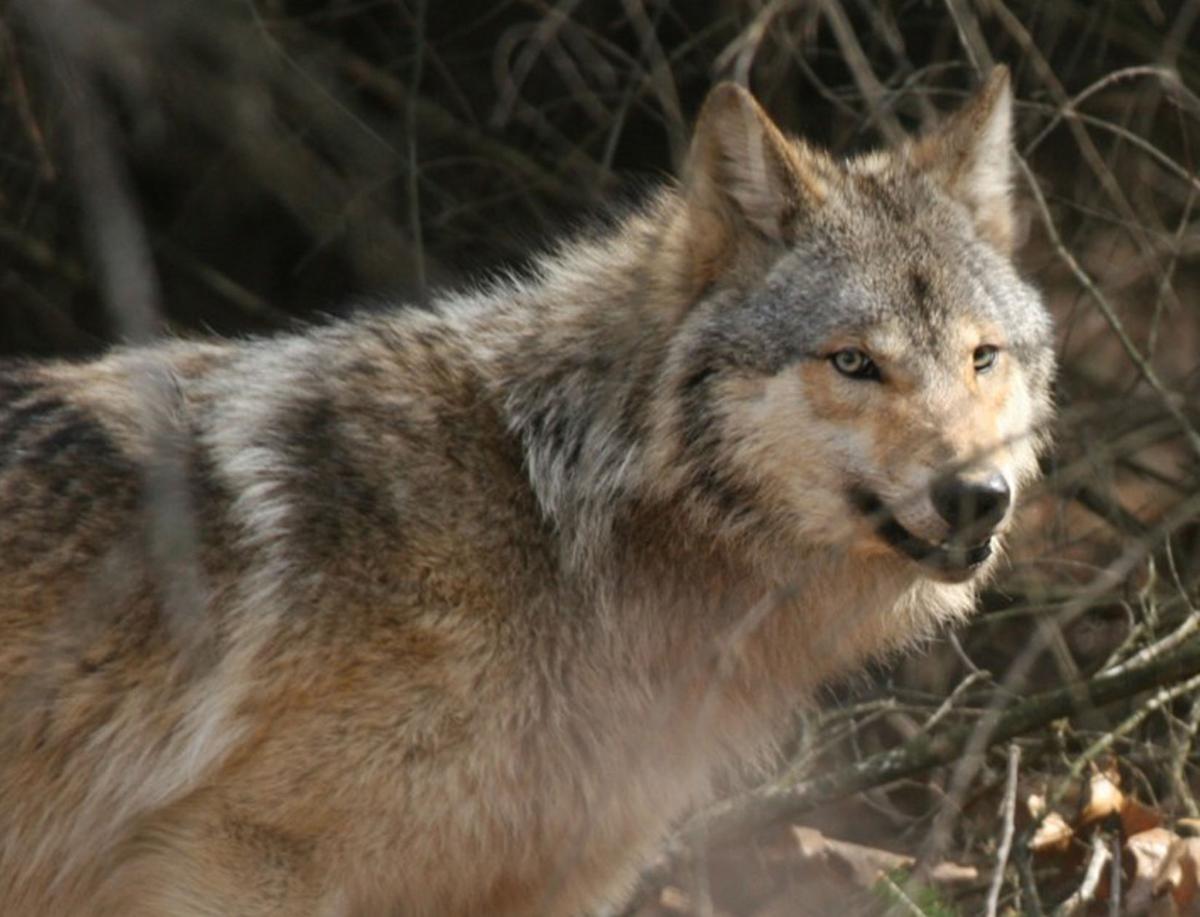 A gray wolf roams a wooded area near Wisconsin Dells. 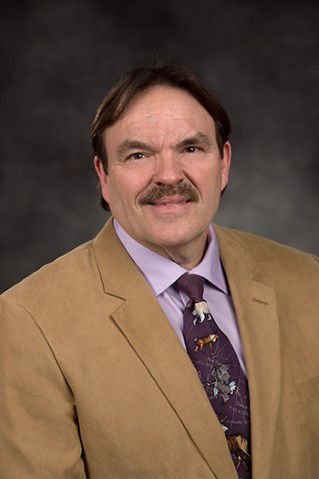 In a state with over 1.8 million deer and just over 1,000 wolves, that ratio of claims has stayed relatively stable over the last 10 years, according to the DNR.

Damage claims from all animals except wolves totaled more than $1.2 million in 2020, according to DNR records. Most claims are requests from farmers for a reimbursement of damages to crops.

Seven animal species are covered under the DNR’s Wisconsin Damage Abatement and Claims Program — deer, bear, turkey, goose, elk, sandhill cranes and cougars. But no claims have been submitted for cranes or cougars since at least 2010.

Claims for wolves, elk and geese have increased slightly in recent years, while claims for deer and bears have decreased.

“Abatement strategies do work pretty well — if we can put in an ounce of prevention to save a pound of cure, that’s a pretty good move in my book,” Hygnstrom said. “I always look at it as an integrated approach — herd management is where we start, but in addition, we have fencing, habitat modification, frightening and scent repellents among other options.”

Hygnstrom was the first coordinator of the WDACP from 1983 to 1985.

Claims under the DNR program cover damage to a wide variety of crops, including commercial seedings, crops that have been harvested but not removed, orchard trees, beehives, livestock and crops or grasses grown for use by a bird hunting preserve, said DNR Communications Director Sarah Hoye.

The gray wolf remains a flashpoint in Wisconsin, and opponents grumble about the pack predator’s protected federal status on the Endangered Species list, especially when they kill or injure livestock. The wolf population in the state has slowly grown in the state in recent years, DNR estimates show.

But appraised damage by deer is often much greater than wolves — damage claims for deer totaled $760,000 in 2020, more than triple the nearly $200,000 paid out for damage caused by wolves that year.

While wolf damages have risen in tandem with the population since the wolf damage abatement program started in 1985, payments have stayed relatively stable since 2010, at about $150,000-$200,000 per year, according to DNR documents.

Damage caused by wolves is mostly to livestock — calves are the most frequent, with nearly $83,000 in damages paid out to farms for 94 missing or dead calves in 2020, according to the DNR. Those 94 calves are equivalent to about .01 percent of all calves in Wisconsin.

“There’s an old phrase, ‘it depends on whose ox is getting gored’, which makes a lot of sense here,” Hygnstrom said. “If you’re a beef producer with wolves in the immediate vicinity that take calves every year, it can still be a big problem.”

Wisconsin is also the only state to compensate hunters for hounds killed or hurt by wolves, with $72,500 paid to hunters in 2020 for dead hounds and another $5,000 for vet fees.

“The majority of those hounds are bear dogs, because bear dogs are taught to (chase) bears in July around the same time wolves are removing pups from dens and establishing rendezvous sites,” Hygnstrom said. “If a dog runs through one of those sites, they will be viciously attacked.”

Wildlife damaged more than 3,600 acres of land in 2020, according to the DNR. That’s equivalent to about .02 percent of Wisconsin farmland.

Both non-wolf wildlife claims submitted and compensation paid rose slightly from 2019, but overall both were down from the high point in 2013 when more than $2.1 million in claims were submitted and more than $1.3 million paid out.

Annual claims for deer damages went down nearly $1 million over that time period despite the deer population continuing to expand, according to DNR counts.

“Oftentimes the level of damage tracks with the deer density in the state, and while the population has grown some in the last 10 years it’s been hanging around 1.5 million deer,” Hygnstrom said. “If we can manage our deer densities at proper and acceptable levels, then everyone wins.”

Compensation to farmers can be a direct payment for crops lost or crop protection strategies, according to DNR records. Trapping and temporary fencing are two common crop protection practices employed by the DNR, while hunting licenses are also granted to cull problem animals.

“There will always be some farms that have a perfect habitat for deer right next to their land,”. Hygnstrom said. “Oftentimes the best solution is to just have farmers deal with the problem proactively, both to get rid of offending deer and to pacify farmers by assuring them that they have a tool to fix their problem.”

Deer harvested with shooting permits have to be field-dressed before being turned over to the DNR for processing, Hygnstrom said. Those deer are then donated to local food pantries.

The Badger Project is a nonpartisan, citizen-supported journalism nonprofit in Wisconsin. For more visit thebadgerproject.org.

IN PHOTOS: 30 new entries arrive for our Big Buck Contest

COLLECTION: View the more than 200 entries in our Big Buck Contest

So many entries are pouring in for the River Valley Media Group's Big Buck Contest that we have eight photo collections of them. Take a look a…

COLLECTION: Congrats to winners of our Big Buck Contest

Out of more than 200 entries, here are winners of the River Valley Media Group's Big Buck Contest. Winners were chosen in four categories: You…

COLLECTION: View the more than 200 entries in our Big Buck Contest

So many entries are pouring in for the River Valley Media Group's Big Buck Contest that we have eight photo collections of them. Take a look a…

Once in a lifetime

My 2nd buck ever

The Badger Project is a nonpartisan, citizen-supported journalism nonprofit in Wisconsin. For more visit thebadgerproject.org

Whitetail deer walk through the grounds of the University of Wisconsin Arboretum in 2016 in Madison.

A gray wolf roams a wooded area near Wisconsin Dells.