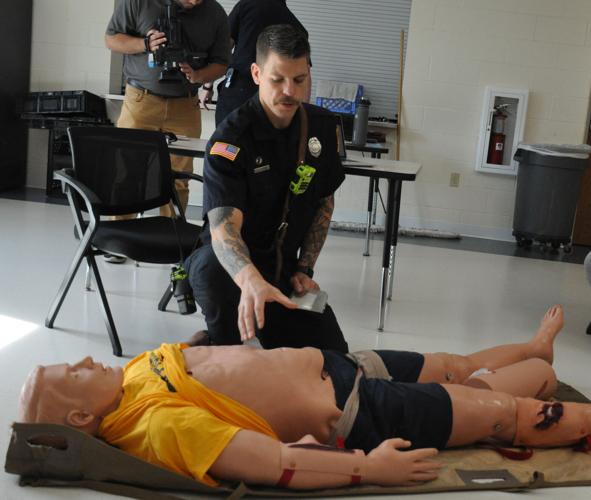 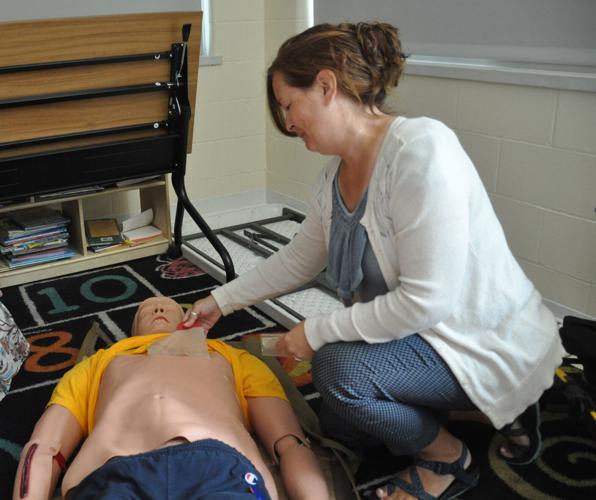 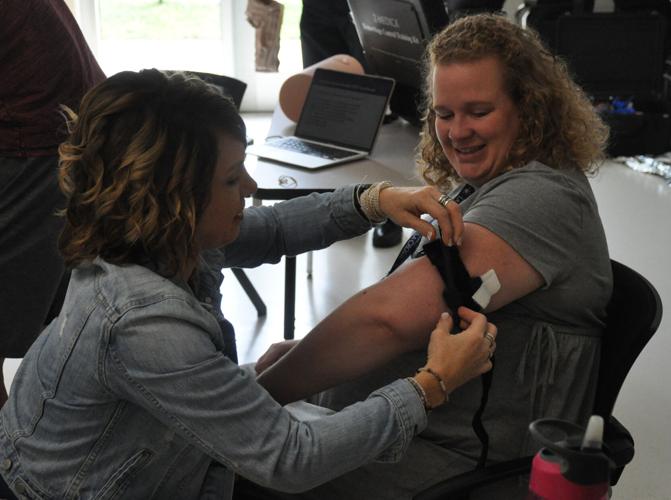 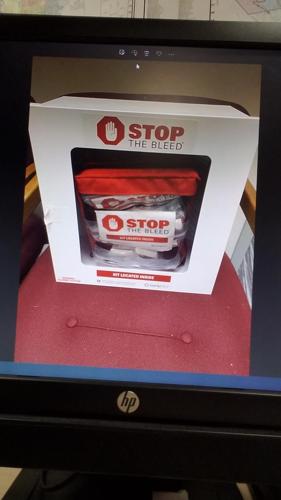 The thought of treating a gunshot wound inside a school building once seemed unthinkable. Now it’s something for which schools are prepared.

All five nurses employed by the School District of La Crosse gathered at Hamilton Elementary School Monday for Stop the Bleed training. While the training covered multiple traumas that cause a person to bleed profusely, much of the morning was devoted to the treatment of bullet wounds.

“I’ve been a school nurse for 15 years, and it’s never really been part of our training,” said Sarah Lieurance, a nurse at Central High School and Southern Bluffs Elementary School. “I really didn’t expect to be trained in this until after Sandy Hook.”

The training was conducted by the La Crosse Fire Department. It’s part of a regional initiative to get bleeding control kits and training into schools and businesses throughout the region. Every school building in the La Crosse district is expected to have a Stop the Bleed kit. They will be mounted on a wall similar to a fire extinguisher or AED.

La Crosse firefighter Brandon Scharmer served as the lead instructor. He said halting blood loss is a critical priority when first-aid is administered.

“You should identify where the bleeding is coming from and apply pressure,” he said. “Any ounce of blood we can keep in the body increases the chances of survival.”

Scharmer said Stop the Bleed is similar to other basic first-aid skills, such as CPR.

“It was created to train people who have no medical knowledge,” Scharmer said. “It’s super easy ... anyone can know and master the skills.”

Lieurance said the most common bleeding event in school is nosebleed, which normally doesn’t require an emergency response. However, she said teachers and staff need to be prepared for a broad range of trauma that can trigger significant bleeding.

“We could have a wound from a band saw in shop class or a puncture wound from glass breaking; it doesn’t necessarily have to be a gunshot wound,” she said. “You have be prepared for everything.”

Fire Department Capt. Jim Hillcoat said the nurses will take valuable knowledge back to their school buildings. He said the training and kits “add health, safety and resiliency to the community.”

“You are going to take this to a lot of other people for us,” Hillcoat said.

Melissa Kujak, a nurse at Logan High School and Hamilton and Emerson elementary schools, said Stop the Bleed training and the accompanying kits are another step in preparing schools for emergency situations and keeping students safe.

“It’s evolving,” she said. “We’re getting better with the technology and equipment that we have.”

"I've been a school nurse for 15 years, and it's never really been part of our training. I really didn't expect to be trained in this until after Sandy Hook."