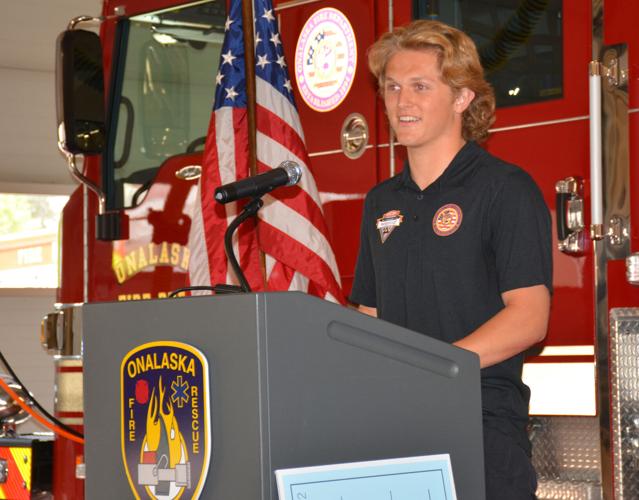 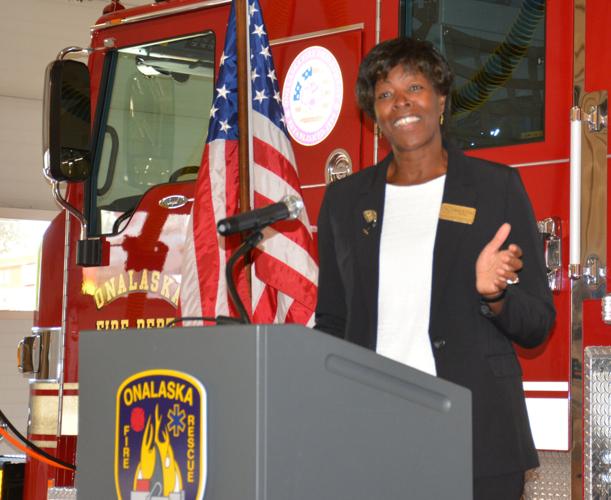 “I didn’t know what I wanted to do for a career,” he said.

A year of firefighting and emergency medical response classes changed that.

LeClaire will pursue a career as a professional firefighter after enrolling in Western Technical College’s fire protection technician program. He was one of seven high school seniors who completed a year of classes held at the Onalaska Fire Department.

The efforts of Western and the fire department were recognized by the state Department of Safety and Professional Services, which presented a $22,000 youth firefighter training grant Tuesday in Onalaska. DSPS secretary Dawn Crim said the grant will help train the next generation of emergency responders.

“Today, I am here to ensure we have funds for recruitment and retention,” Crim said.

“Recruitment is a challenge,” he said. “Families are busier, and it’s becoming more difficult to fill vacant positions.”

Gudie said reaching out to young people while they’re still in high school is an important step.

“The vision and goal of this program is to get high school students at a young age to enter into an exciting career as a professional firefighter,” he said.

When the class began Sept. 7, 2021, it was the first of its kind in La Crosse County. Classes were held Monday through Thursday from 7:30 to 9 a.m. (and a few Saturdays) and lasted the entire school year. The first semester covered firefighting, and the second semester covered emergency medical response.

Seven of the nine students who enrolled completed the course in May, and two are already certified as paid on-call firefighters. Four others are enrolled in Western’s fire protection program.

The seven graduates are from six different area high schools. The class was taught by Onalaska Fire Department training officer Rick Molzahn, who was impressed by the willingness of students to apply themselves early in the morning despite coming from as far away as Westby and Mauston.

Students got hands-on training with protective gear, maintaining fire hoses and other fire equipment and scaling the 35-story ladder tower at Western’s public safety training facility in Sparta. That was followed by a 100-question multiple-choice exam and a hands-on practical test.

Molzahn said the fire station was a good place to conduct classes.

Western president Roger Stanford said the grant money is just the beginning. He said the next step is to “take this level of investment and turn it into credits and degrees.”

“We were able to come together and be the middle person — to work with K-12 and work with a fire district like Onalaska,” Stanford said.

Negotiations between the School District of La Crosse and the local teachers union have reached a stalemate.

School districts remain largely in the dark about how the teams will function, however. One Racine County school district said they had not even heard about the program until contacted by The Journal Times.

Residents who are not parents or staff members will be critical in the possible referendum, because they make up a majority of the population.

Watch now: 'We do not feel valued in this district:' La Crosse teachers demand raise as they battle burnout and inflation

"The 4.7% is more than deserved — it's downright disrespectful if we don't get it," said Central High School teacher and coach Mitch Olson.

Students and faculty from around the University of Wisconsin system will gather to present research at the symposium.

Biden's Mission In Europe: Shore Up Alliance Against Russia

Biden's Mission In Europe: Shore Up Alliance Against Russia 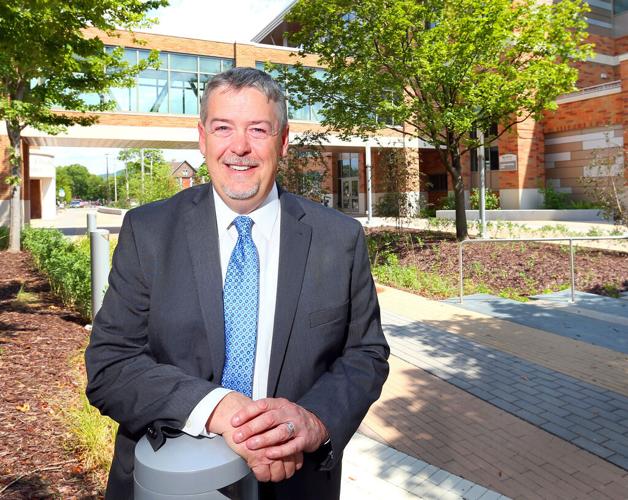 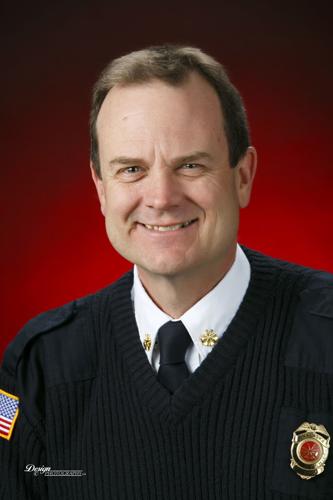