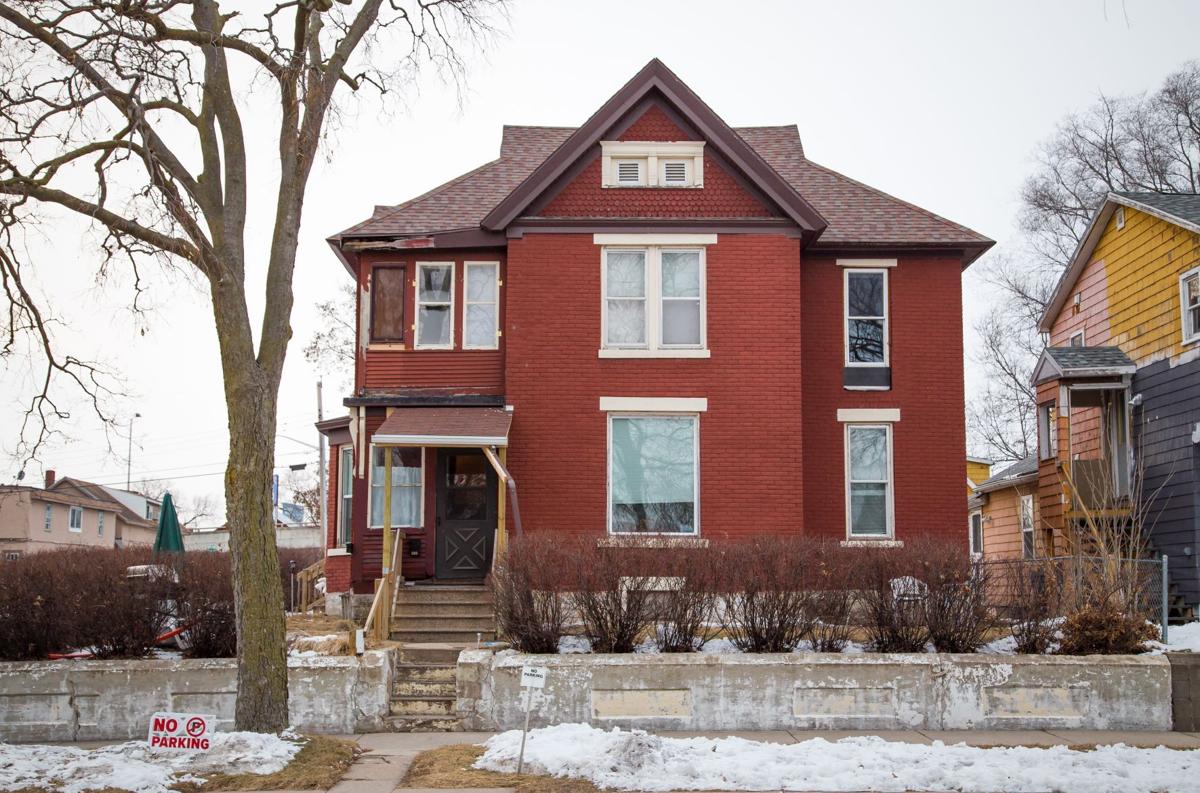 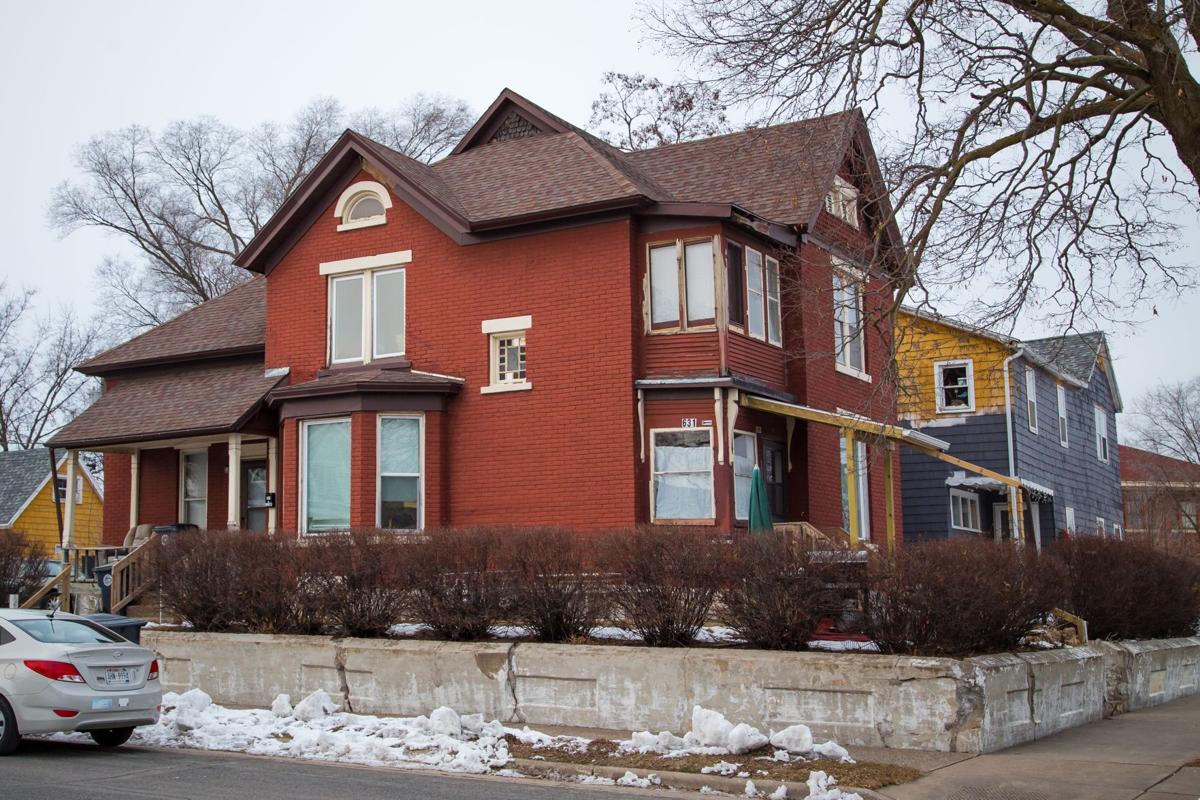 Laura Godden and Evelyn Gaunt For the Tribune

This new annual initiative intends to raise awareness and encourage the preservation of structures potentially at risk of irreparable damage or demolition due to neglect, natural disaster or redevelopment.

The fifth property on this year’s list of 10 is the W.C. Will house at 503 Caledonia St.

Like the MacMillan Apartments featured in last week’s endangered buildings article, this residence was designed by La Crosse-born architect Andrew Roth. The son of a local tailor, baker and grocer who immigrated from Bavaria, Roth likely started learning his trade at about 16, working as a draftsman for La Crosse architect Charles J. Ross.

After Ross died at only age 42 in 1877, Roth spent several years working as a carpenter before putting up his own shingle as an independent architect in 1893. It was during this first year in his own business that Roth drew up plans for this Queen Anne home.

Turn-of-the-century Queen Anne properties represent some of the most dramatic, elaborate and conspicuous architecture, not only in La Crosse, but also scattered in neighborhoods throughout the U.S.

Unfortunately, this outstanding example, along with many others in the area, is in danger of being lost. Queen Annes are especially susceptible to disrepair and redevelopment since they can require a greater degree of maintenance to properly upkeep.

German immigrant and CB&N (Chicago, Burlington and Northern) railway car inspector William C. Will and his wife Ernstine commissioned this house from Roth. At the time, Will had a growing family as well as a mother-in-law residing with him and likely needed the space. Additionally, the dwelling was close to his work. It was less than a 30-minute walk to the Grand Crossing railroad yard and depot and only about a 10-minute trek to the CB&N freight house located at Copeland and Wall streets.

Will must have not cared for his railroad position because around 1905, he rented out his home in order to give farming a try in Onalaska. As a result, the house became quite the railroad-worker crash-pad for a short time. The 1907 city directory lists 10 different CM&StP (Chicago, Milwaukee and St. Paul) employees simultaneously residing at the address during that year!

However, that living situation might have been tenable since six of the tenants were conductors and two were brakemen, so they were likely gone for significant stretches of time. The property probably attracted such a group because it was only a few blocks away from the CM&StP depot (located near Copeland and Gould streets) at that time. That depot was later replaced in 1927 by what is now the present-day La Crosse Amtrak Station found on the same block as the Will house.

Will gave up on farming rather quickly, and by 1907, he was working as a teamster for the city and living with his family in a comparatively modest dwelling at 619 Island St. However, by 1909, the family had returned to their much more impressive Caledonia Street home. This is where William and Ernstine continued to reside until they died in 1944 and 1940, respectively.

The Will house is a somewhat rare example of a brick Queen Anne, and it retains many attractive original features, such as its bay window, gables with fishscale-shaped wooden shingles, upper-story arched window, wooden porch brackets and stairwell window adorned with small colored-glass panes.

At some point, the residence was split into multiple rental units, and regrettably, the front porch was enclosed and another enclosed-porch story was added on top of it. These historically inappropriate porch alterations have greatly diminished the home’s appearance. Additionally, the columns and railings on the rear porch are in need of renovation. The good news for the property is that porches are some of the most readily restorable elements of a historic building.

Roth was a very talented architect who designed many notable structures, in addition to this residence, in La Crosse and throughout the tri-state region. His work is an important component of the city’s cultural heritage, and preserving it should be a community priority.

Many of Roth’s creations are on or eligible for local, state and national historic registers, and the Will house is no exception. It is time to publicly recognize the architectural significance of this home and bring its existence and history out of obscurity before it is too late to restore it.

The Tribune will continue to publish articles on Tuesdays about the buildings on HPC’s list of La Crosse’s 10 Most Endangered Historic Places of 2021. Basic information about each property can also be found on the city’s heritage preservation website. Anyone seeking more information regarding this project or wanting to nominate endangered historic properties for future lists can contact Tim Acklin in the City Planning Department.

Divorces for Sunday, May 2

La Crosse man was charged with possessing 133 grams of methamphetamine

A 35-year-old La Crosse man is being held in the La Crosse County Jail on $50,000 cash bail after police allegedly found more than 133 grams o…