Become a Member
Read Today's E-edition
Share This
Familiar and fond: Fourth round of the 'You Finish the Story' contest sees finale
0 Comments
Share this
1 of 2 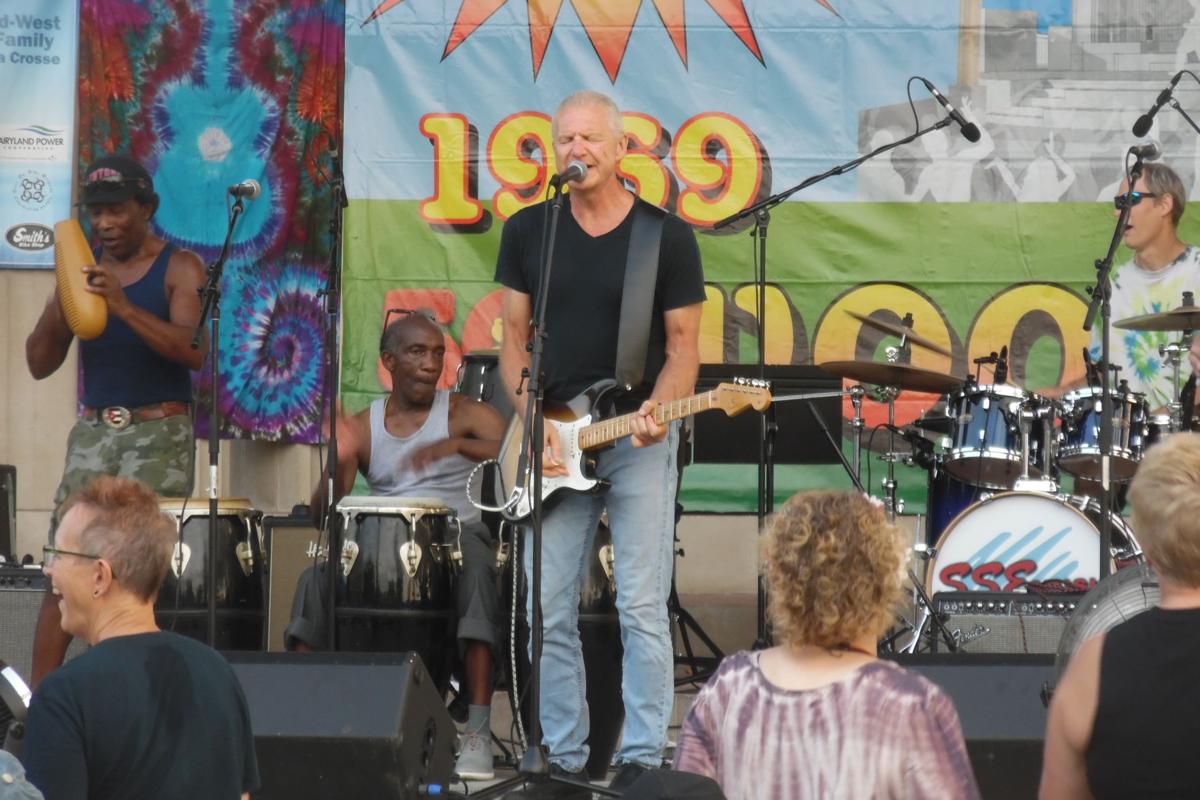 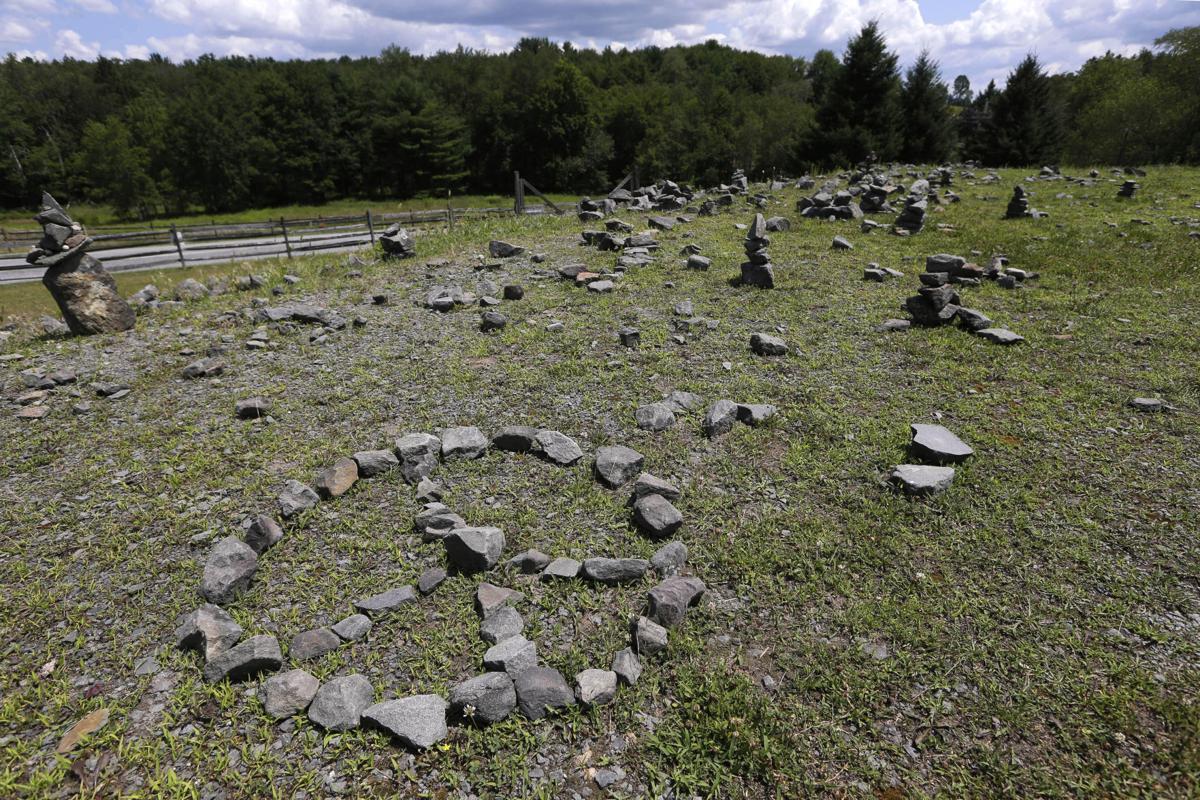 For the fourth time in 2021, River Valley Media Group called out for creative writers to finish a story started in our newspapers. Partnering with us on this initiative are the La Crosse Public Library and the Winona Public Library.

After reading through entries, some reflective and some reckoning, the story below was selected as the winner of this round. Congratulations to Ashley Colvin of Holmen.

The next round of storytelling begins immediately, with a call to spin your most spine-tingling yarn of suspense, horror or heartwarming fun. Find the prompt inside.

“An Inside Job” by Ashley Colvin

The greatest difference is the heat, Neil thought as he settled down in his well-worn sling of a camping chair. August of ’69 was miles hotter than the creeping cool of a Wisconsin September.

Granted, when he’d settled onto sparse, prickling grass in the muggy cradle of the Catskills almost fifty years ago, he’d been a spry, long-haired and gregarious twenty-something, not the man he was now, weighed down by his decades.

The sunny Saturday afternoon at the Riverside Park band shell found Neil far more comfortable than he ever was in the positively sardine-tin crowd of the original Woodstock. Rousing himself from this hazy reverie, he looked up towards the band shell to glimpse a face he’d never expected to see again.

“Everett!” he called, raspy baritone carrying over the heads of a dozen clusters of families and music patrons. The man looked up, white brows jumping beneath the brim of a threadbare Portobello fedora. “Sparks, it is you!”

Neil sat up some in his chair, wistfulness and nervous anticipation rising within him as he offered his old friend a grin.

“Come on over, set ’er down,” he invited, seeing that Everett is accompanied only by his own folding chair and a sturdy black cane. Wiry white hair spilled from beneath the man’s hat, and a matching beard nearly brushed the collar of a plain pinstripe flannel. Dark eyes, set in a dark face above an unremarkable COVID-conscious mask, were as warm with familiarity as they were some forty years past.

Everett strolled over, winding his way between the clusters of families dotting the grass. He sat down, letting his cane rest, and removed his mask to reveal a smile.

“Ever the early birds,” Everett rumbled. Decades had not robbed him of his voice, the deep rich sound Neil had once likened to what a mountain might sound like, given a soul. “It’s been too long, Mister Young.”

Neil barked out a laugh. “The resemblance has hardly beared out, old friend. And neither has the career.”

The first acts of the last night of Moon Tunes began, serenading away the setting sun. Everett hummed, and a comfortable silence settled between the two. A number of tunes came and went before he spoke again.

“Ol’ Mayer brothers playing better than the Dead themselves did back then,” Everett said.

“Could you blame them? Electric shocks and the dearest Aunt Lucy were not a great combo,” Neil replied with an easy grin that the other man returned just as easily. Everett’s smile looked just as it had when they parted ways decades ago.

As the acts faded into mellower tones, Neil worked up the courage to ask.

Almost instantly, Everett felt butterflies flutter in his stomach. He couldn’t tell right away if he was anxious or excited, since they feel the same inside. He took a deep breath and looked at the ground. After 40 years, he still had trouble putting words to his thoughts. Quickly, he realized that it wasn’t just thoughts he had trouble sharing, but feelings too. He shifted in his chair and rubbed his clammy hands on his knees.

Finally, he met Neil’s gaze and said, “Well, I ‘spose I could share this with you now.”

Neil leaned in, eager to hear what Everett had to say.

The truth is Everett hadn’t planned on staying here at all. After their time together at Woodstock, a message landed on Everett’s heart. One of hope and change for humanity. It all came together with a massive plan to fix up an old 1969 Volkswagen van he bought from a friend. Everett wanted to create a place for him to live and travel. To head west and meet other people like himself, who were moved to their core about coming together to create harmony in whatever way it came through them. Whether their gifts were creating art, meals, or music, he knew that when they fully gave without expectation, they would discover the purest and most loving way to live. It would make a difference in the world.

Everett had vision like no other. He could see 10 steps ahead of things he wanted to do. This gift, in combination with his handyman skills, made it easy to see his dream turn into reality. He planned to clean out the van, put in a new bed, small kitchen area and paint the outside a bright sky blue.

“Wow, Everett, I had no idea!” Neil was smiling ear to ear and excited to hear more.

“Yeah, I know it sounds a bit ‘out there,’ but at the time I was so inspired and excited that all I did was work on the van, listen to tunes, and map out different routes that would take me West. You may say I’m a Dreamer.” Everett smirked and gave Neil a wink. Neil didn’t miss a beat and sang, “But I’m not the only one!” They chuckled together.

Neil took a breath and paused before asking, “So what happened?”

It had taken Everett several months to get the van fixed up to the point that he could paint the outside. The sky blue color he had picked out reminded him of limitless possibilities.

As the paint was drying he sat back in his chair and admired his work. It wouldn’t be long now before he set off on his journey. Nearly everything was complete and ready to go. When he closed his eyes he could feel the sunshine on his face and wind in his hair. He smiled but was brought back when he remembered he still had to change that last tire tomorrow.

Later the next day he had the van up on a jack. He was feeling so excited that he decided to celebrate while he finished his work. He turned up the tunes and took another big swig of his beer. He slammed the empty bottle down and it clinked together with all the others. He straightened the bottles and wobbled a bit. Putting his hand against the wall, he found his feet again. But as he turned to take another step, he tripped and fell to the ground. His foot kicked the jack out from under the van. His deep breath was stopped short when he looked down and saw the van on top of his leg. He wailed, as blood pooled around him.

“No way! What the hell were you thinking?!” Neil gasped.

Everett sighed and said, “I wasn’t. I was just so lost in my excitement, I made a stupid mistake. After that, there was no way I could leave.”

Instead of the open road, adventure, and harmony, Everett found himself having to rest and heal. He was filled with so much rage, he couldn’t forgive himself for his mistake. He was so close to turning his dream into reality, only to have it literally come crashing down on top of him.

Neil glanced at Everett’s black cane and then at Everett. He shook his head and said, “I can’t even imagine how hard that must have been for you.”

More months went by, and Everett was able to move around a bit more. He had made some wonderful new friends while going into town. Michelle had an incredibly lush garden and brought fresh produce to Everett. Thomas lived down the road from Michelle. He spent his days painting beautiful works of art and his nights playing guitar in a band. Michelle and Thomas spent lots of time with Everett, and they became fast friends.

Everett had spent his time building a small round table. Although his leg needed time to heal, it was easier if he was creating something with his hands. After the table was finished and moved outside, the group of friends often gathered around it. Here they shared a meal together, talked about their days, their darkness and their dreams. The golden hour of sunset eventually gave way to a blanket of stars. A fire was lit and the crackles added another layer of depth to their time together.

Everett took a deep breath, locked eyes with Neil and said, “I thought that I needed to leave to find a place I belong ... but it turns out it was right here all along. What kept me here was forgiving myself, connecting deeply with others, and remembering that discovering one’s true purpose is an inside job.”

Suddenly, a familiar tune found familiar friends. They turned to each other, and then to the band still playing on stage. The evening breeze felt cooler now, a hint of the next season to come.

One person is dead after a two-vehicle crash Monday at 6 a.m. east of Tomah.

"It’s devastated the deer herd in this valley. It’s like they all disappeared."