World Cup live: US needs win against Iran to advance

The late John Wayne’s claim to true grit pales in comparison with Sarah Thebarge’s really true grit in not only cheating death to breast cancer but also operating without a safety net amid earth-shattering life changes.

“I think cancer set me free, in a way, to take big risks,” said Thebarge, who will be keynote speaker at a daylong Franciscan Spirituality Center conference March 16 at Mary, Mother of the Church in La Crosse.

The conference, sponsored in part by Mayo Clinic Health System, also will feature three other women offering insights on the theme, Overcoming Challenges with Grit and Grace, gleaned from their own experiences.

The conference is billed as celebrating Women’s History Month during March, as well as International Women’s Day, which was Friday “and all women who have faced obstacles and ordeals yet persevered, kept the faith and emerged more resilient.”

The 40-year-old Thebarge’s step into uncertainty followed a series of events that began with being diagnosed with cancer at the age of 27 and, seemingly, overcoming it.

But it came back and, five surgeries and a series of chemotherapy later, she ended up with only a 50-50 chance of surviving a severe case of sepsis.

“My fiancé broke up with me during treatment, and my world fell apart,” the San Francisco-based author, physician assistant and inspirational speaker said during a phone interview.

“After nearly dying, there is a lot of freedom when your life is falling apart to take risks,” she said.

Living in Boston at the time, she quit her job, “sold everything I had and moved to Portland, Ore., because it was as far away as I could get.”

Once there, she said, “I realized I had no plan.”

With degrees in medicine and journalism — the reason for that is a whole other story — she began working in an emergency room in a Portland hospital.

An intense friendship evolved from an accidental encounter on a crowded commuter train with an impoverished Somali refugee whose abusive husband had left her with five girls under the age of 9. The bond was based in part on Thebarge’s belief that, even though their life experiences were vastly different, they were in similar straits.

“I knew what it was like to almost die, have few clothes and a broken heart,” she said. “If things were reverse and you dropped me in Somalia with five kids, I’d want somebody to help me.”

As they navigated language barriers and societal gaps, she said, “I realized you don’t need expertise. You need empathy.

“I just fell in love with them. As I was trying to save these girls, they were saving me,” she said, adding that her blog about the family eventually became her first book, “The Invisible Girls.”

Thebarge said she wanted to make a lasting imprint on the girls’ lives but initially wasn’t sure how to do so.

So she created a trust for proceeds from the book to go to the girls’ college education, she said.

Thebarge, whose risk-taking endeavors have leapt to the continent of Africa with volunteer stints as a physician assistant in Togo, West Africa, and helping start a clinic in Kenya for children who have lost their parents to AIDS, also has administered medical care in the Dominican Republic.

“Using healing as a metaphor,” she said, “how can we pour love into the cracks in the world and fill them with love. Pour love and compassion into people and places.”

Reacting to people’s saluting her as brave, she said, “Those words don’t resonate. I didn’t feel brave. People often use brave and courageous interchangeably. Bravery means you don’t feel fear, and you take risks. Courage means you feel fear and risk anyway.”

Another speaker at the conference, Tara Shilts of Onalaska, has experience her own share of fear, risks and gritty responses.

Shilts, an ordained minister in the Evangelical Lutheran Church in America, has been a chaplain at Gundersen Health System in La Crosse for nine years — initially serving patients in general and recently shifting to ministering to patients in pediatrics and behavioral health.

The 38-year-old Shilts recalled wanting to become a minister since her childhood days at Franklin Elementary School in La Crosse — even pretending to baptize and marry kids on the playground.

Shilts and her husband, Joe, who now teaches technical education at Onalaska High School, moved to Chicago so she could attend seminary.

She planned to be a pastor, but sensing a call to the chaplaincy threw her for a loop, she said, explaining, “It was a huge loss of identity and loss of what I expected my life to be. I wondered who am I if I’m not an ordained pastor?”

A counselor and her husband helped sort things out, and her first call during her chaplaincy training, in effect, confirmed her choice, as well as her identity, Shilts said.

Ministering to children in pediatrics is “incredibly different,” she said, adding, “The wisdom of children is incredible, with their ability to name their truth and ask big questions.”

As for behavioral health, “I believe Jesus would be in that ministry, helping people experiencing the dark night of the soul,” being present to them without judgment because their condition is not their fault.

“It’s honoring the dignity of the person,” she said.

The Shiltses, who have two children — 11-year-old Sophie and 9-year-old Wendi — also have faced challenges at home, particularly Sophie’s diagnosis of epilepsy when she was 6.

“God has given me the life experience to share my gifts for this ministry and, in turn, this ministry has helped me with my daughter. It gives me hope,” she said.

“Part of the grit comes in learning how to communicate with my husband. We have to be a team,” she said.

“What got me through some difficult times was my faith, my husband and my team of friends and family who love me. Similarly, part of the grit was figuring out who I couldn’t trust that I’d thought was on our team and being OK with that. That’s the grit and the grace for me.”

Also speaking at the conference will be Elizabeth Lewis of Mequon, Wis., and Melina Garcia of Brooklyn Center, Minn.

“After nearly dying, there is a lot of freedom when your life is falling apart to take risks.” Sarah Thebarge, keynote speaker

WHAT: Daylong women’s conference titled “Overcoming Challenges with Grit and Grace” and co-sponsored by the Franciscan Spirituality Center and Mayo Clinic Health System

WHERE: Mary, Mother of the Church at 2006 Weston St. in La Crosse

TO REGISTER: Go to the FSC website; deadline is Monday.

“After nearly dying, there is a lot of freedom when your life is falling apart to take risks.”

The La Crosse County sheriff’s election outcome is headed to court, but the losing candidate won’t be part of the lawsuit. 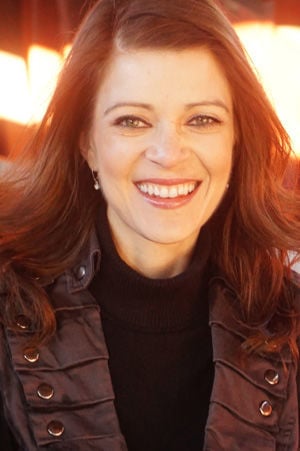 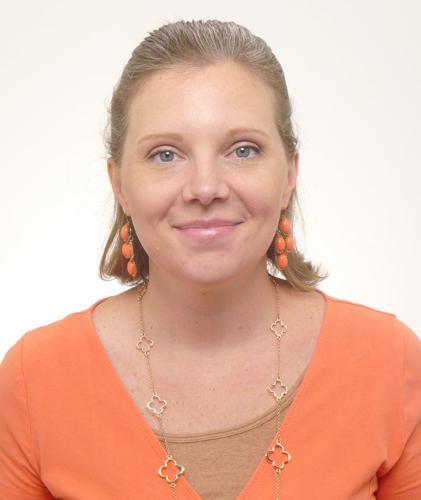