The city of La Crosse Redistricting Committee approved a new map of voting wards Monday evening after feeling stuck to choose between displacing several council members or stay aligned with the boundaries the county has drawn.

The map is only tentative right now and still needs approval from two other bodies, and the maps in their full form won’t be finally adopted until November. 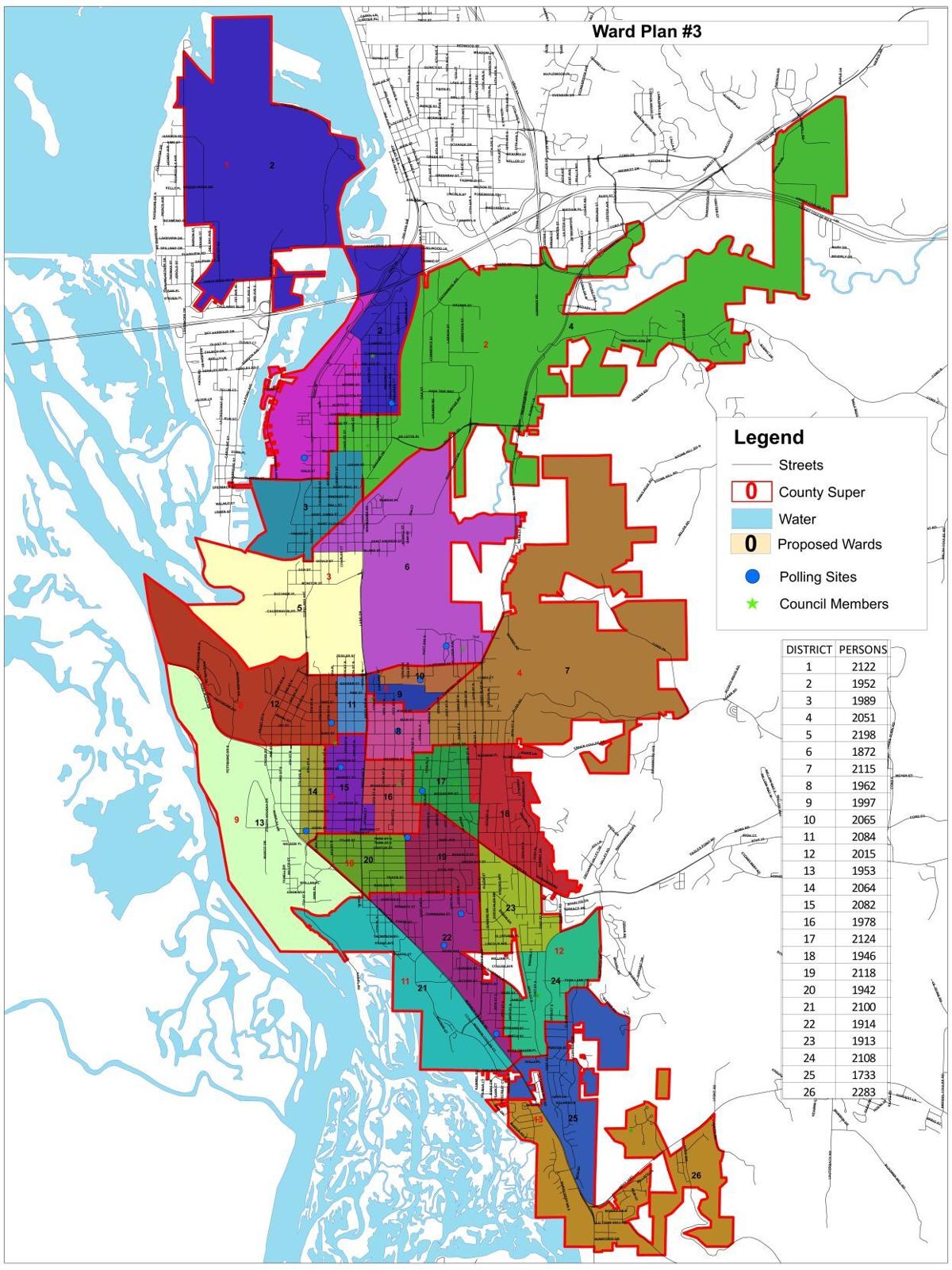 The committee chose a map Monday that took both major geographical features and equal population into consideration for ward boundaries. But members felt like they were faced with a near impossible decision, dancing around motioning to approve a map for much of the meeting.

“I feel like we’re stuck between a rock and a hard place right now,” said council member Mac Kiel.

In order for the city to remain coterminous, or aligned, with the boundaries the La Crosse County Board has now approved and will likely finalize in November, three current city council members would be displaced, meaning they would no longer live in the districts they represent.

But shifting them back into their current districts could mean breaking boundaries with the county, potentially causing confusion for voters who would then likely need to vote in two different places for different elections and possibly hinder voter turnout.

The council members who would be displaced by these maps would still be allowed to finish out their current terms, but would need to wait until their new district seats are up for re-election to run again.

Some thought to move forward with a map that would request the county to shift its boundaries in order to find a compromise for both issues, but the condensed timeline of this year’s redistricting process adds a layer of risk.

Changing the city’s boundaries in the county’s plan already failed once on a tie vote, and if the county were to turn down a redrawing request from the city, the adopted maps would no longer be coterminous with no time to fix it.

La Crosse senior planner Tim Acklin said shifting the boundaries slightly based on just a few blocks wouldn’t be that simple, either, and it could alter the boundaries of districts surrounding it, too. 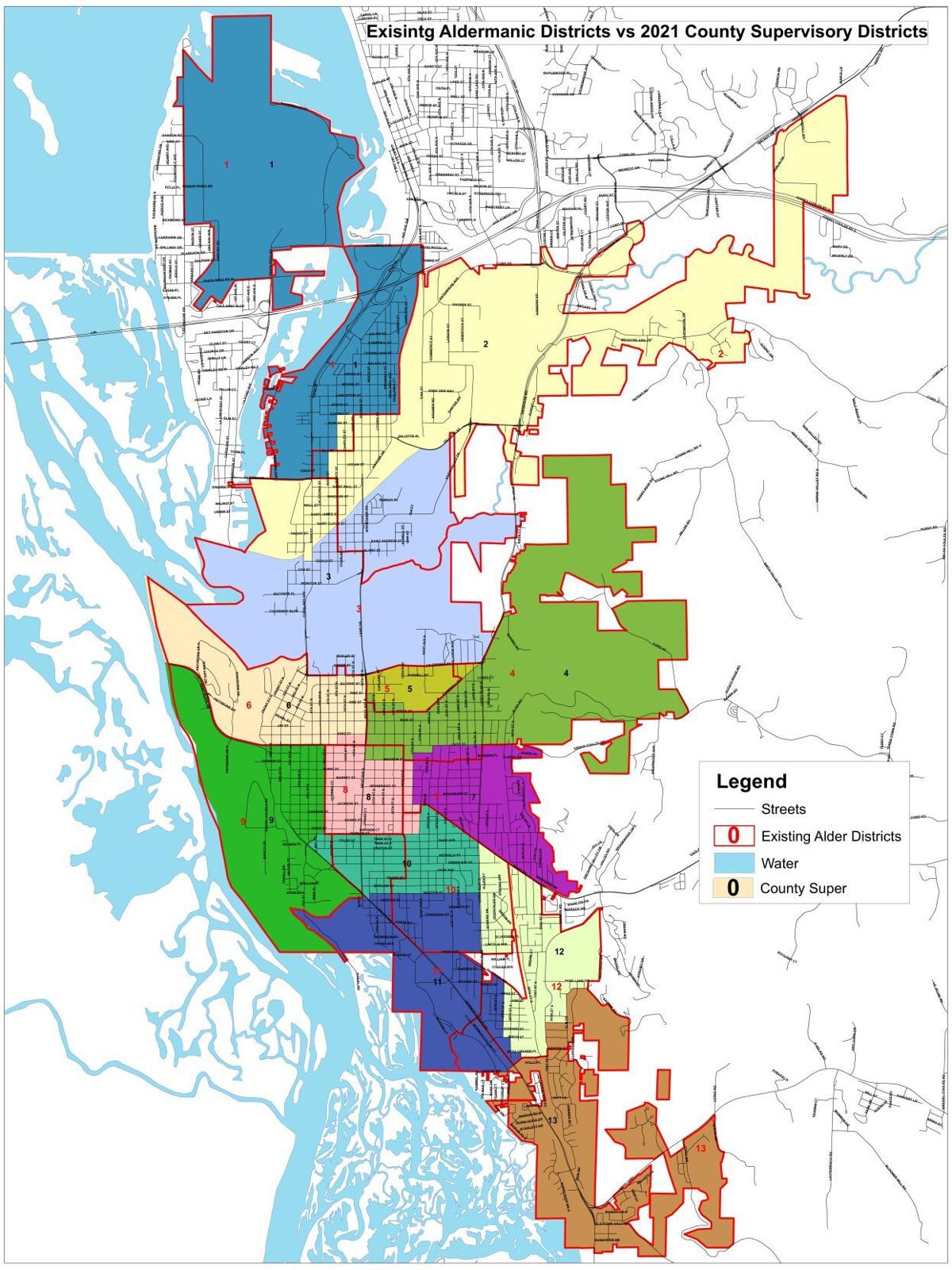 Council member Larry Sleznikow said the decision came down to how “daring” the committee was willing to be, and while no member seemed to be in love with any option, prioritizing a map that was simple for voters prevailed in the end.

“I do not feel excited about accepting the districts as they are, but if nobody else has strong feelings about that, then I will vote in favor,” said council member Mackenzie Mindel.

The map the committee approved reduces the number of wards from 35 to 26, creating two wards per district. Some of the wards are split up between major roads such as West Avenue and Losey Boulevard, but not all were able to use landmarks as dividers in order to keep populations equal.

Only ward boundaries are technically being approved through this round of votes. Aldermanic district boundaries will be finalized with a separate ordinance but are likely to match those of the county’s new map.

At this point the city is only technically focusing on how many slices it wants to divide its pizzas into, but the shape of the pizza is already assumed using the boundaries the county has approved.

Those changes shift the boundaries of every district in some way. Some will see larger changes than others, such as District 2, which would be slimmed down in the south by about a dozen square blocks, while District 6 would lose only four blocks to other districts.

This map will head for the Judiciary & Administration Committee next week for approval before it heads to the La Crosse Common Council the following week for adoption. That map will then head to the county to help assist it with finalizing its own, all of which will then lead to the city approving its final aldermanic district map.

The J&A or Common Council could vote to deny the map in the coming weeks, but will have to work on an even more condensed timeline to meet deadlines. 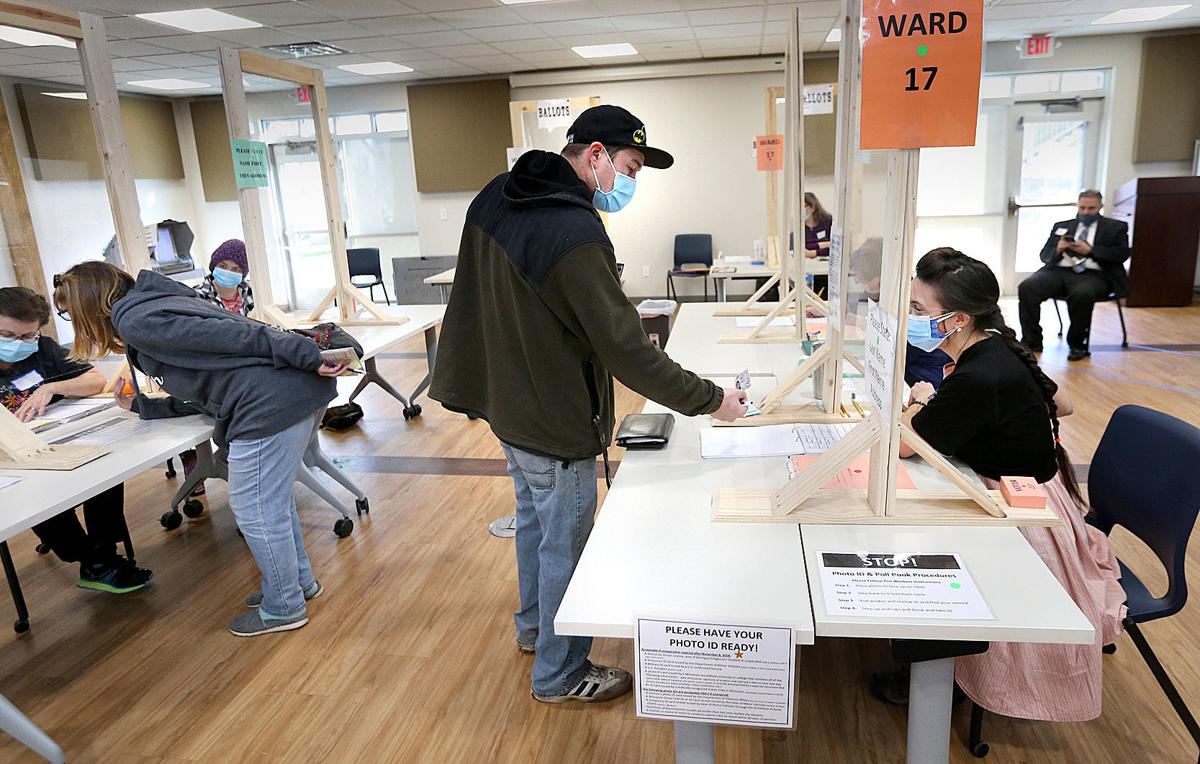 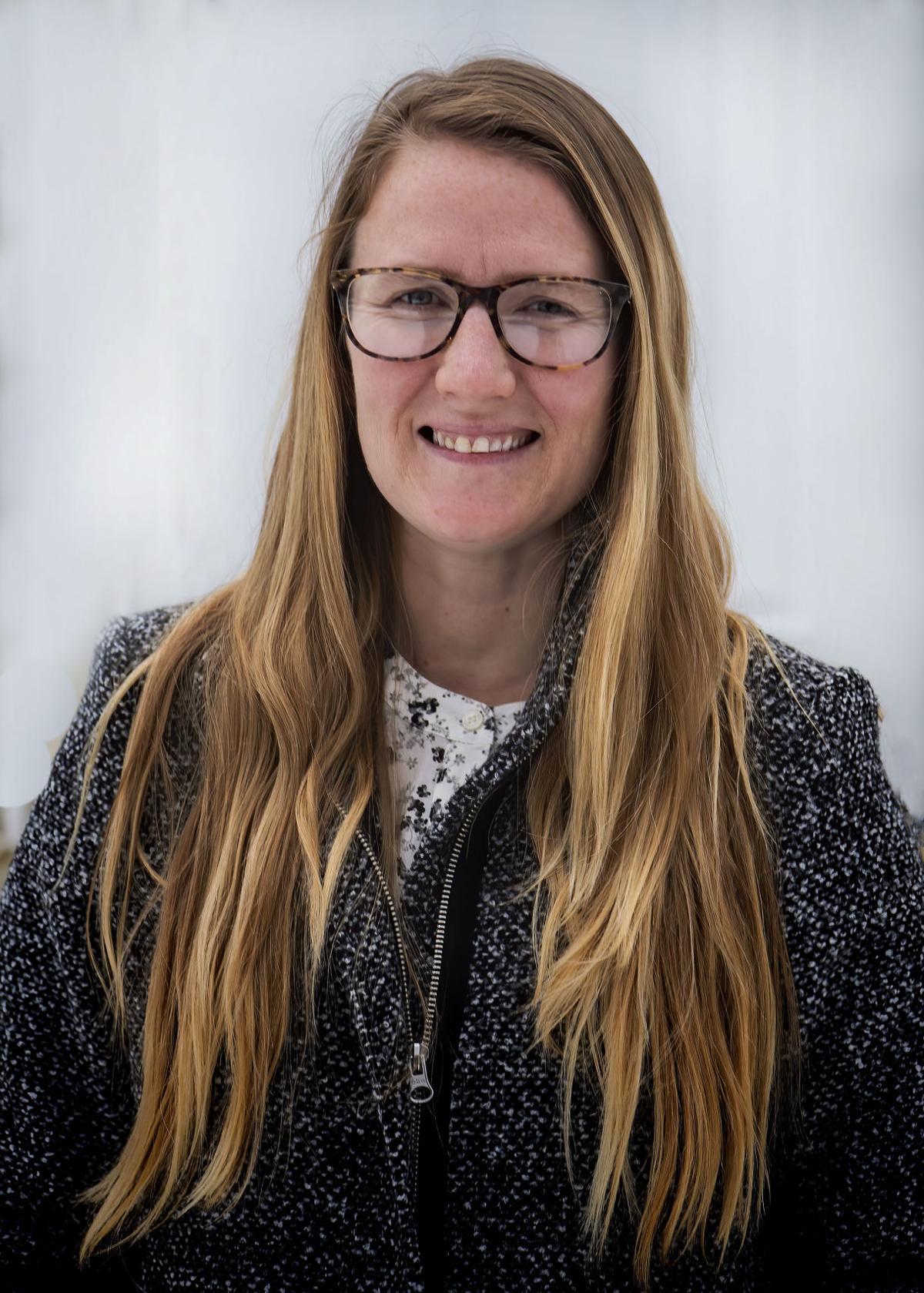 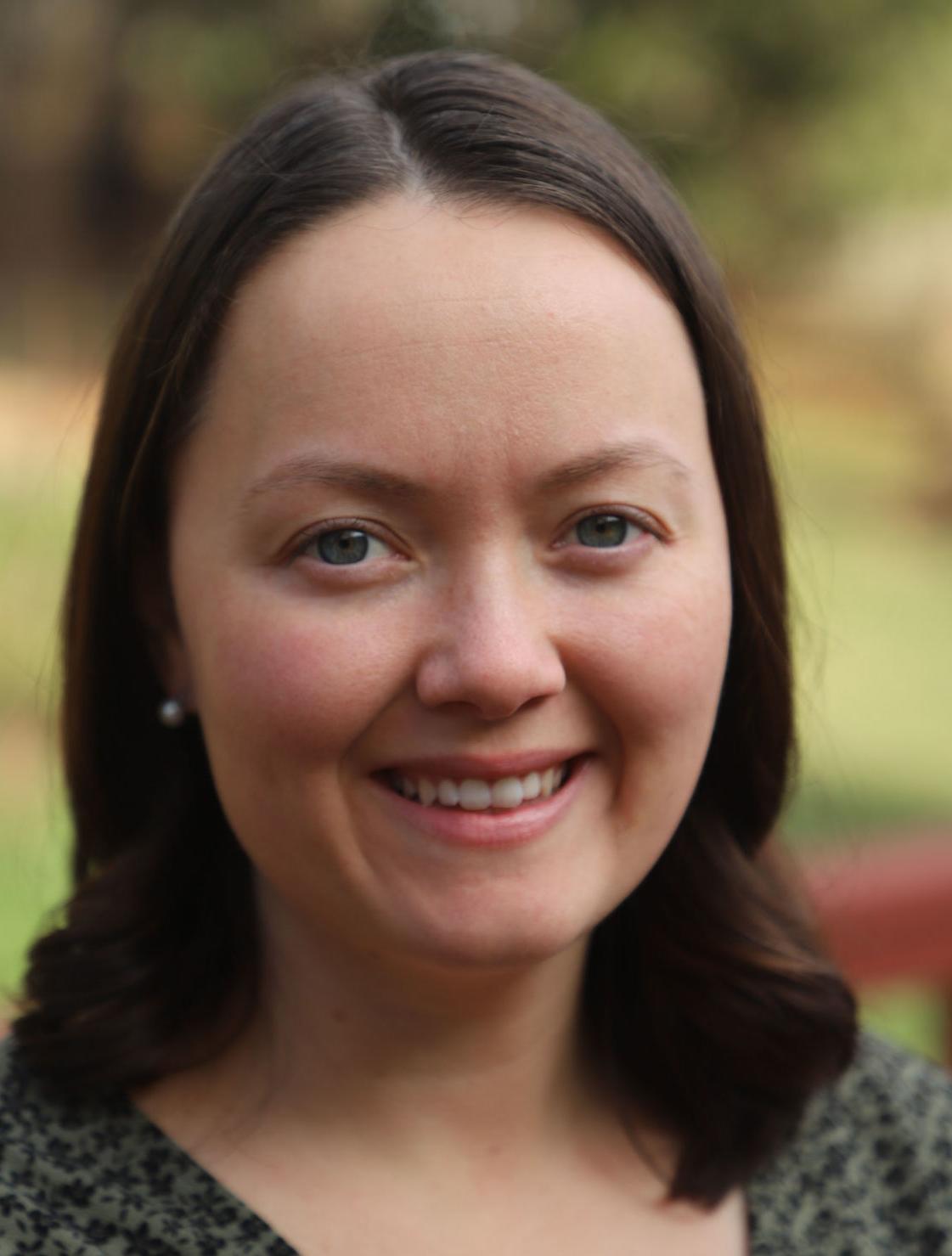 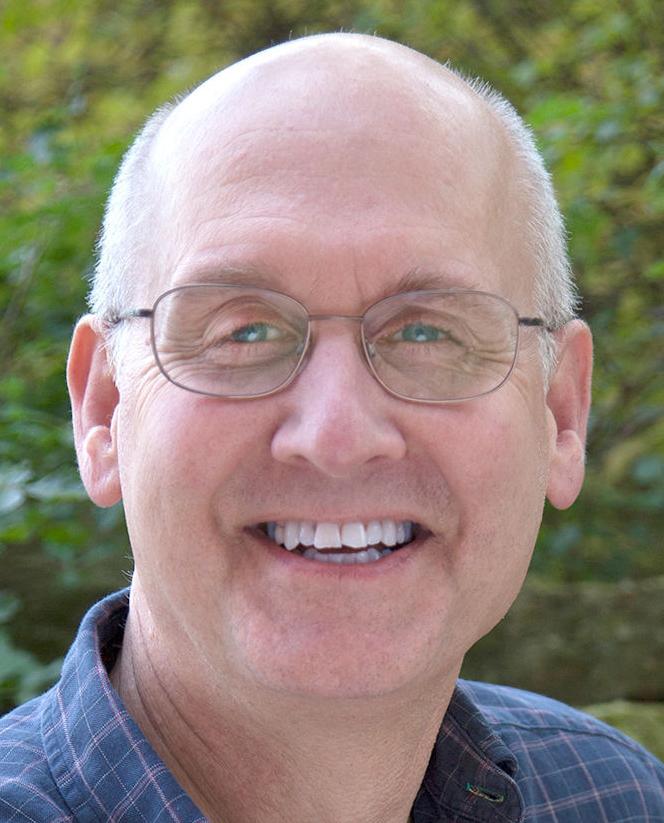