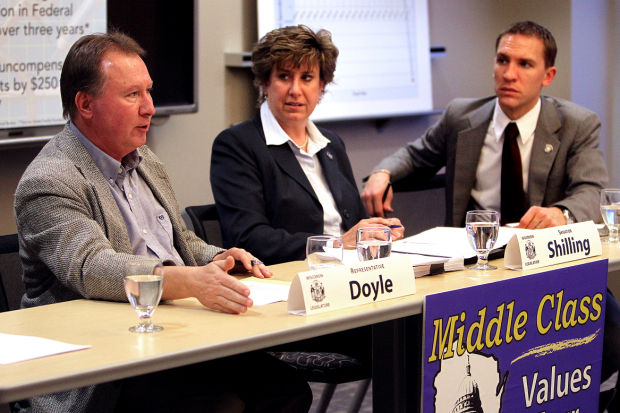 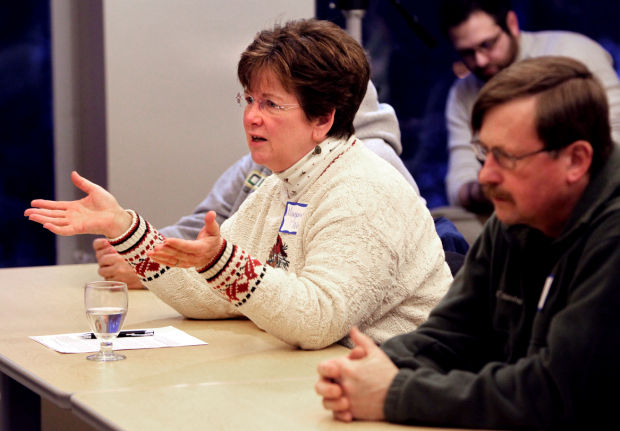 The session was part of a series of statewide town-hall style meetings touted as a “middle class values tour.” Senate Minority Leader Chris Larson of Milwaukee contrasted the meeting’s style with Gov. Scott Walker’s recent “Talk with Walker” tour, in which the governor met with workers and other guests at manufacturing sites around the state.

“No one here is excluded,” Larson said. “We want to make sure we’re hearing from everyone.”

Besides elected Democrats, the meeting was attended by about 40 members of the public.

Lawmakers’ initial pitches focused the typical Democrat talking points of this year’s legislative session. But as the public began to speak, it quickly became clear that Act 10 — the GOP-backed law that stripped most public workers of collective bargaining rights — is still a major public concern.

“We took from education and we balanced (the budget) on the back of our children and the backs of our public employees,” said Crayton Hause, a corrections worker. “I don’t think those are Wisconsin values.”

“Those kinds of jobs are not sustainable; at some point they’re all going to end” she said, arguing that the proposed mine would “desecrate our land.”

“The idea that you can build wetlands somewhere else is just ludicrous,” he said, referring to proposed changes that may weaken wetland protection.

“It seems that education became a little political ball to toss around,” he said, citing controversy over voucher schools, Act 10, and plummeting per-pupil spending.

Slow economic recovery and job growth was the primary issue for Andy Compton.

Bipartisanship was another common theme.

“That is one thing that causes such great partisanship within our state,” she said.

“We thought it is important to have these dialogues with community members to see if there’s common themes around the state,” Sen. Jennifer Shilling of La Crosse said.

With Gov. Scott Walker set to release another two-year budget plan in the coming weeks, state Democratic lawmakers are pushing their own jobs …