When Republican lawmakers gaveled in and out of a special session on Wednesday, it all but sealed the fate of abortion in the state of Wisconsin, said state Sen. Brad Pfaff.

The Democrat from Onalaska said at a press conference later Wednesday afternoon that the special session — which he said only lasted 13 seconds in the Senate — was the “only tool” available to codify abortion rights in Wisconsin ahead of a ruling from the U.S. Supreme Court that is expected to overturn federal abortion protections.

Republican lawmakers in the Legislature rejected a special session called by Gov. Tony Evers to overturn a Wisconsin law that would make abortions illegal in Wisconsin except when performed to save the mother’s life. The law was created in 1849, a time when slavery was still legal and women could not vote, and has only been made ineffective with the protection of the Roe v. Wade court rulling.

The Supreme Court is expected to issue a ruling in the coming days, and a draft decision leaked in May signaled the justice’s decision would effectively overturn the federal right to an abortion. After that, it would be up to the states to determine abortion laws, and without further action, Wisconsin’s 1849 law would go into effect.

Pfaff said that he thought it would be “very difficult” to codify abortion in Wisconsin in any way other than through the Republican-controlled Legislature, saying there were no legal executive routes Evers could take, and that any move like that would need to go through state courts anyway.

“That’s the only ticket that the governor had, the only tool that he could play,” Pfaff said.

At Wednesday’s press conference, Pfaff was joined by his wife, Betty, and daughter, Elizabeth, as he described how complex the issue is to decide to have a child.

Elizabeth, who is now a 19-year-old student at UW-Madison, was born early after complications caused by preeclampsia, a dangerous condition during pregnancy related to high blood pressure.

After Elizabeth was born, Betty’s doctor advised the couple that it would be challenging to have more children.

“I just remember being in the room with Betty, the doctor and the OB, and I know that there wasn’t room in that conversation, in that room, for politicians,” he said.

Pfaff said he was the first legislator to ask Evers to call the special session back in May, and called it disappointing that Republicans didn’t allow for discussions to take place.

He said while he is “always optimistic” — including when it came to the special session, despite Republicans’ track record for gaveling in and out — it was ultimately not that surprising.

Pfaff said it was, however, surprising that Republicans haven’t presented a plan, all-but leaving the state’s 173-year-old law untouched.

“We will be back to 1849. Thirteen seconds was all the majority gave on a topic like this,” Pfaff said.

Pfaff was also critical of possible political motives to reject Evers’ special session as the governor faces reelection in the fall.

“I just think this is a missed opportunity. And it will directly put in jeopardy, the lives and the health of Wisconsinites. It will put it at risk,” Pfaff said.

As the country waits for the Supreme Court’s decision, Pfaff said Evers is calling on the Department of Health Services secretary to make a plan and evaluate the legal tools and services that can be provided. 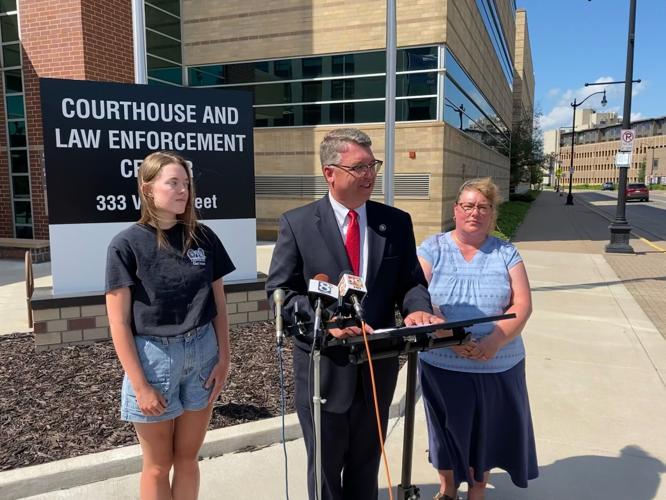 "I just remember being in the room with Betty, the doctor and the OB, and I know that there wasn't room in that conversation, in that room, for politicians," Sen. Brad Pfaff said at a press conference Wednesday with his wife, Betty, right, and daughter, Elizabeth, left. 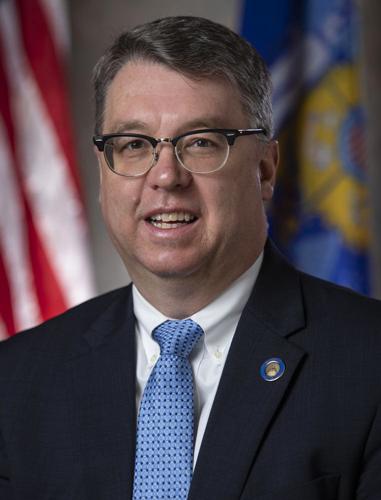