Hybrid buses, a new fire engine, pool chairs and bullet proof vests are among the things the city plans to buy next year with its $7.28 million equipment budget.

This is the first piece of the budget puzzle for the city. The equipment budget gets bundled into the city’s project budget later this year. That total then gets wrapped up in the overall operational budget, which gets adopted in November. It’s a long process and changes may still be made to the equipment budget between now and the fall.

In total, the Municipal Transit Utility has the highest equipment budget of any department, asking for $2.34 million. Next up is the Fire Department, which requested $1,369,820.

All other department equipment requests were under a million dollars.

One change was made to the fire department’s budget last minute due to supply chain issues.

Interim fire chief Jeff Murphy told the city council that he was recently made aware that it will take up to two years to deliver a new, $700,000 fire engine that was budgeted for 2024.

In order to still receive it in 2024, the department decided to swap the item out for a $850,000 hazardous materials team response vehicle that was budgeted for 2023.

This means the department won’t technically receive either pieces of equipment in 2023, but will pay for the fire engine that will be delivered in 2024 along with the hazardous materials vehicle.

Additionally, the city eliminated funding for a yard waste compactor, with officials saying it was no longer needed. The $22,000 budgeted for that item in 2023 will now go toward a compactor box.

The two pieces of equipment essentially do similar things by helping transport yard waste, such as leaves and other organic waste, to be composted.

These were the only changes made to the original equipment budget, which was initially proposed at $7.4 million.

For the MTU, next year’s equipment budget will keep its sustainability efforts going.

All of its budgeted $2.34 million will help purchase three new hybrid city buses.

This is in addition to two electric buses and other clean diesel buses that have already hit city streets. La Crosse is among the first communities across the state to bring hybrid and electric buses online, and the initiative has gained national attention, bringing Democratic President Joe Biden and other lawmakers to the city to tour facilities.

According to the budget, these buses will replace other equipment from 2007 that is in “poor” condition with over 600,000 miles logged.

The new buses have a lifespan of 12 years and 500,000 miles, and include new accessibility measures on top of fewer carbon emissions.

These buses will be largely paid for with the help of $1,872,000 in state and federal dollars.

In the Parks, Recreation & Forestry Department, $40,000 will spent on new pool chairs at the city’s three pools.

130 chairs will be purchased for $308 each. According to the budget, this will help address the lack of seating around the pools that has been raised as a concern by users.

This will specifically help the Veterans Memorial Pool, where there are currently no furnishings. Chairs at the other pools are either in short supply or worn out.

Additionally, the parks department will purchase a log truck and a buffalo turbine blower. Its total for equipment is $236,000.

The La Crosse Police Department will spend its annual $20,000 on 20 new bullet resistant vests, its only equipment request.

These are purchased at $1,000 each and are assigned to a single officer. Each vest has a five-year warranty period and the police department is required by contract to replace the vests as they expire.

The Streets Department will purchase a new motor grader, which is used for road construction and snow removal, as well as a truck vacuum street sweeper, drive-on lift, forklift and a portable digital reader board that’s used for traffic notifications for a total of $874,500.

At the La Crosse Regional Airport, $720,000 will be spent on an airfield plow truck, a lawn mower and tar kettle.

City-wide, $218,978 will be invested in updates to the public safety radio system.

The current system is using a version that is four times older than the most current version, and upgrading will allow the city to access round-the-clock support for any radio issues.

Other expenditures in the fire department include special operations teams and urban search and rescue response equipment. This is an annual, $80,000 replacement of equipment such as scuba gear, hazmat meters, ropes and rigging equipment, and other personal protective equipment.

$349,000 worth of technological updates will be heading for the Information Technology (IT) department. This includes general upgrades to equipment such as laptops, and purchasing warranties on technology equipments.

It will also help purchase new cameras to add to the city’s current “domain awareness system,” which is a security system and series of cameras used by the police department.

Additionally, IT will replace its network equipment, serves and storage equipment.

The La Crosse Center continues to coast on its latest massive $42 million expansion project. In 2023 its only equipment request is to install four new benches for the public’s use in front of the building.

Here are photo galleries, videos and our full coverage of President Biden's visit to La Crosse on Tuesday.

President Joe Biden made a stop in La Crosse Tuesday to tour the city’s hybrid and electric bus fleet while promoting his infrastructure plan, pitching to communities big and small that the new bill will work for them.

IN PHOTOS: Onlookers turn out to see President Biden in La Crosse

Onlookers came out to see President Joe Biden but were kept far from his transit center event in La Crosse. Here are some of the scenes from o…

President Joe Biden looked to sell voters on the economic benefits of the proposed 973 billion infrastructure package while in Wisconsin on Tuesday.

President Joe Biden's motorcade travels to an event in La Crosse on Tuesday.

As La Crosse County begins the search for its next administrator, board members have tapped associate administrator Jane Klekamp to serve as i…

Lake Onalaska could get $10,000 from county to clear aquatic vegetation, improving access

Democratic Sen. Tammy Baldwin met with French Island residents and area leaders on Friday afternoon to hear about the ongoing PFAS crisis and …

More county routes for all-terrain vehicles, or ATVs, could be added near Bangor if approved by the La Crosse County Board next month.

According to a draft of a water agreement obtained by the Tribune through an open records request, the town of Campbell is looking to connect the entire town to La Crosse municipal water, a move aimed at providing clean drinking water to an island dealing with widespread PFAS contamination.

Derrick Van Orden has raised more than $3.5 million total, which is far above any Democratic contenders at this point. 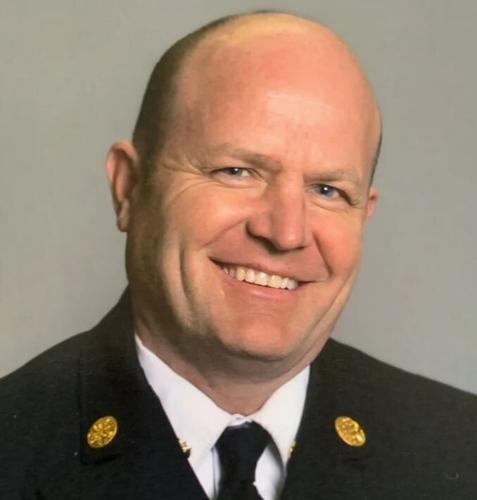 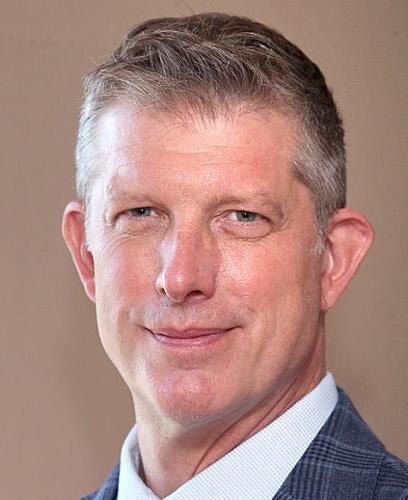