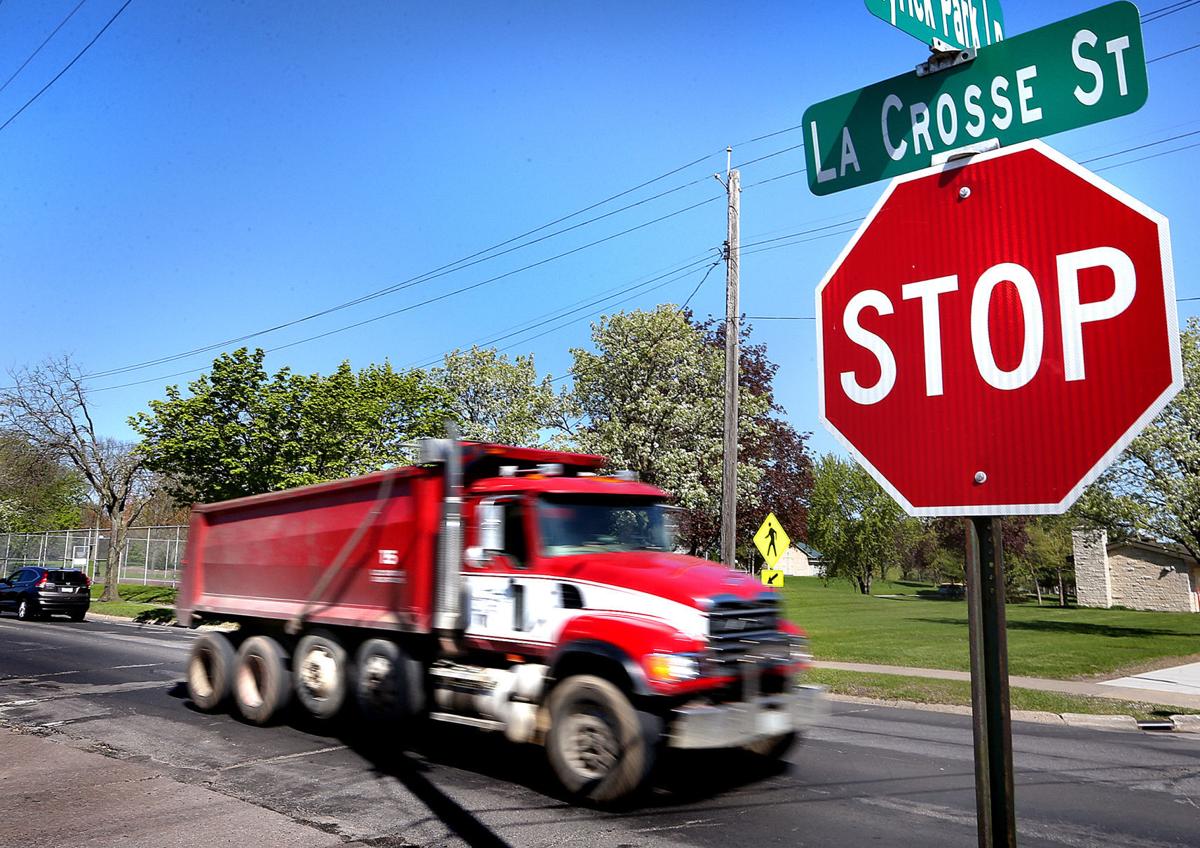 Repairs for La Crosse Street from West Avenue to Losey Boulevard are among the projects listed for next year's city project budget.

A piece of the first draft of the city budget is making its way through committee this month, calling for nearly $84.5 million in projects next year.

The La Crosse City Plan Commission is reviewing the draft, which is one piece of the greater 2022 budget city officials will put together and approve later this fall.

This draft of the 2022 Capital Project Budget proposes $84,404,265 in total funding for projects around the city next year. It’s a smaller price tag than officials approved last year, which was one of the highest budgets in recent years due to the massive revamp to the city’s wastewater treatment facility, but fewer large projects indicate overall spending will likely be down next year.

This first step helps kick off budget season for the city. Officials will review, with the public’s help, and approve the project budget later this summer, and then the overall 2022 Operating Budget in mid November.

Officials already approved about $6.5 million in new and updated equipment earlier this spring, a number that will be included in the final project budget.

The largest investment the city will make is on roads and infrastructure in the upcoming year, with $42,226,135. Over three-fourths of that is dedicated to streets projects.

Nearly $12 million is going toward redoing South Avenue between Green Bay Street and Ward Avenue, and around $4.4 million to fix La Crosse Street from West Avenue to Losey Boulevard, two projects in partnership with the Wisconsin Department of Transportation.

More than half of both projects are being funded by state and federal grant dollars.

The South Avenue project, slated to replace pavement and put in three new roundabouts on the main thoroughfare, is set to begin next spring. The construction to La Crosse Street is expected to be welcomed by those who use it, a well-known problem street in the city riddled with frequent potholes and other deteriations, whose fix has been delayed in the past.

Included in this price tag is $3,425,000 to build a new Fire Station No. 4, a project put off from 2021 due to historical concerns. No immediate plans have yet been announced on the future of the station, which some advocates hope does not demolish the existing building built in 1940.

The project was swapped with the reconstruction of Fire Station No. 2, which will now be underway this year instead. Officials hope to build a new station near West Avenue and La Crosse Street near the University of Wisconsin-La Crosse campus.

For the parks budget, included is $2,315,000 for phase two of the Green Island tennis complex project, $500,000 for Myrick Park playground equipment, $200,000 for trails and the bluffland, and other dollars to improve Carroll, Copeland, Hass, Red Cloud, Lueth, Bluffview Parks and others.

The city is also proposing $2.5 million for its public market project next year. Officials are hopeful to build a waterfront public market just north of downtown near the Oktoberfest grounds and just south of the River Point District development.

$75,000 is also included to remodel the main hall of the main branch library, and $500,000 for a project at the Riverside Park fish hatchery building, which formerly held the La Crosse County Historical Society museum. City leaders have indicated they hope to get a revenue-producing development in the building, such as a coffee shop.

And after wrapping up its massive remodel later this fall, the La Crosse Center does not have any projects budgeted for 2022.

For the planning department, $215,000 is proposed for housing, and some money is budgeted for studies on the new home of the La Crosse County Historical Society museum — which has the potential to be built on the public market site — as well as for an update to the comprehensive plan.

Although much of the heavy financial lifting was taken care of in 2021 for the wastewater treatment facility, about $3 million is proposed for 2022. $2 million to rehabilitate the sanitary lift station at Causeway Boulevard is also including for utilities spending.

To pay for the projects, the city will borrow about $39 million in new money, though not all of that is immediately used.

About $21 million will be paid for through non-city funds, such as donations and federal and state grants.

The city will use $63,721,943 of its own funds to foot the project bill in 2022. Much of that comes from revenue it produces through operations such as the airport and utilities, as well as tax incremental financing, a tool that funnels property taxes into specific projects.

City department heads will give presentations and pitch their projects to the Plan Commission Monday. After that, a public hearing is scheduled for July 12 at 6 p.m. at the Southside Neighborhood Center. An additional public hearing could be held July 19 if needed.

Then the final budget review will take place at 6 p.m. August 9 at the Black River Beach House, where it could be approved and set to move into the next phase. An additional review meeting is scheduled for Aug 23 if needed.

After the project budget is approved in August, it will then be bundled into the 2022 Operating Budget, which also includes staffing salaries and other expenses.

That process begins in September, with the first work session scheduled for 1 p.m. Sept. 7, another review Oct. 11, and a public hearing and special meeting to adopt the budget set for 6 p.m. Nov. 15. All steps have additional dates in case more time is needed.

"I expect to see more of President Biden because the importance of western Wisconsin politically is unlikely to fade."

Repairs for La Crosse Street from West Avenue to Losey Boulevard are among the projects listed for next year's city project budget.