While reflecting on his nearly seven months in office, La Crosse Mayor Mitch Reynolds said that his top priority has remained tackling housing and homelessness in the city.

It’s an issue that Reynolds campaigned on frequently as a candidate, and the first-time mayor has already taken some actions to address the growing issue in the community, including new funding for a temporary winter shelter and identifying a city park as a space where those without housing can seek shelter without repercussions.

“The No. 1 priority for me right now, and it’s been since I got to office, is really making sure that we’re effectively addressing the issues of homelessness within the city of La Crosse,” Reynolds told the Tribune Editorial Board last Tuesday.

“That’s really been the top — the thing I’m spending the most time on,” he said.

Reynolds said about a fourth of his day is typically spent working on the issue, saying it was “tremendously challenging,” but said that he wasn’t the only one in City Hall who shared the sense of urgency for the situation.

“Obviously our city council is significantly different in makeup than it was just a year ago, and so there is a sense among most of the city council that this is exactly the issue we need to address,” he said.

But it’s been La Crosse Parks, Recreation and Forestry Department director Jay Odegaard who Reynolds said has been at the head of finding solutions as the city has gone through some of its recent transitions.

“Since I’ve got on the job, Jay has been the one who has been at the forefront of addressing all the issues with homelessness within our city, just because we don’t have another person to do that,” Reynolds said.

“But Jay has been the one working on this,” Reynolds said. Specifically, Reynolds said that Odegaard has been in communication with colleagues in Madison to evaluate what tools and strategies the city is using to tackle its similar issue with homelessness.

“People make remarkable differences in their community,” Reynolds said. “It’s a city government that’s taking a leadership role and trying to get all of our service agencies together, trying to coordinate the effort, and that’s what’s been tremendously lacking here within the city of La Crosse. So I really feel like that’s a really positive step forward.”

One solution to this ever growing problem of housing in the city simply looks like adding more housing, Reynolds said, but also the messaging and communication around new projects.

The city has made an offer to hire a new homeless services coordinator — another promise from Reynolds’ campaign — who would be a staff member that could help with this messaging, but Reynolds has also shown interest in hiring a public information officer, or implementing stronger public relations strategy for the city.

The city’s current messaging, which has been at times fumbled or unclear, has often gotten in the way or dragged down the process to implement new housing in the city. Reynolds pointed to a housing development at the corner of King and 11th streets as an example — a project that received a lot of pushback from neighbors and eventually was scrapped.

“Where we struggle the most is when there’s something new coming and we’re not communicating ahead of time to stakeholders. And traditionally the city has done a very poor job of that,” Reynolds said.

Often times, though, even when the messaging is there, the content of what is said is what muddies the situation. For example, the term “affordable housing” has shown to have a negative public connotation when attached to recent housing projects in the city.

“In the public, it does tend to turn people off a little bit when you start to talk about affordable housing,” Reynolds said, stressing that “affordability” can mean different things to different people.

“That may be, again, part of that public communication,” he said. “As a city, as a government we need to work better in terms of communication.”

The city is also looking to models from other communities on how it may be able to address its crisis with housing and homelessness.

Reynolds said staff had been in communications with Madison, where the city has recently erected a village of 30 tiny shelters for those experiencing homelessness. Reynolds said the city has also looked to the Chelsea Hub program near Boston that is focused on regional cooperation to tackle the precursor issues that can lead to housing insecurities.

Overall, Reynolds said leading the city of La Crosse has been challenging, and while much of it was what he expected, he has been thrown some curveballs as well.

“It takes a lot of time and it takes a lot of work, and it’s incredibly fulfilling and gratifying and tremendously challenging,” he said. “There’s a remarkable opportunity for making improvements in lives for the people within the city, and that definitely — mayors, the city of La Crosse — that’s what keeps us going because it’s not an easy job.”

He said he has to remind himself to relax and be patient as he adjusts to how “excruciatingly” slow government can sometimes move.

“I do tend to have an action bias. And so stopping, considering, postponing decisions, that type of thing is not what I’m acclimated to, so I’m having to reorient and train myself to be a little bit more patient with how the process works,” Reynolds said. 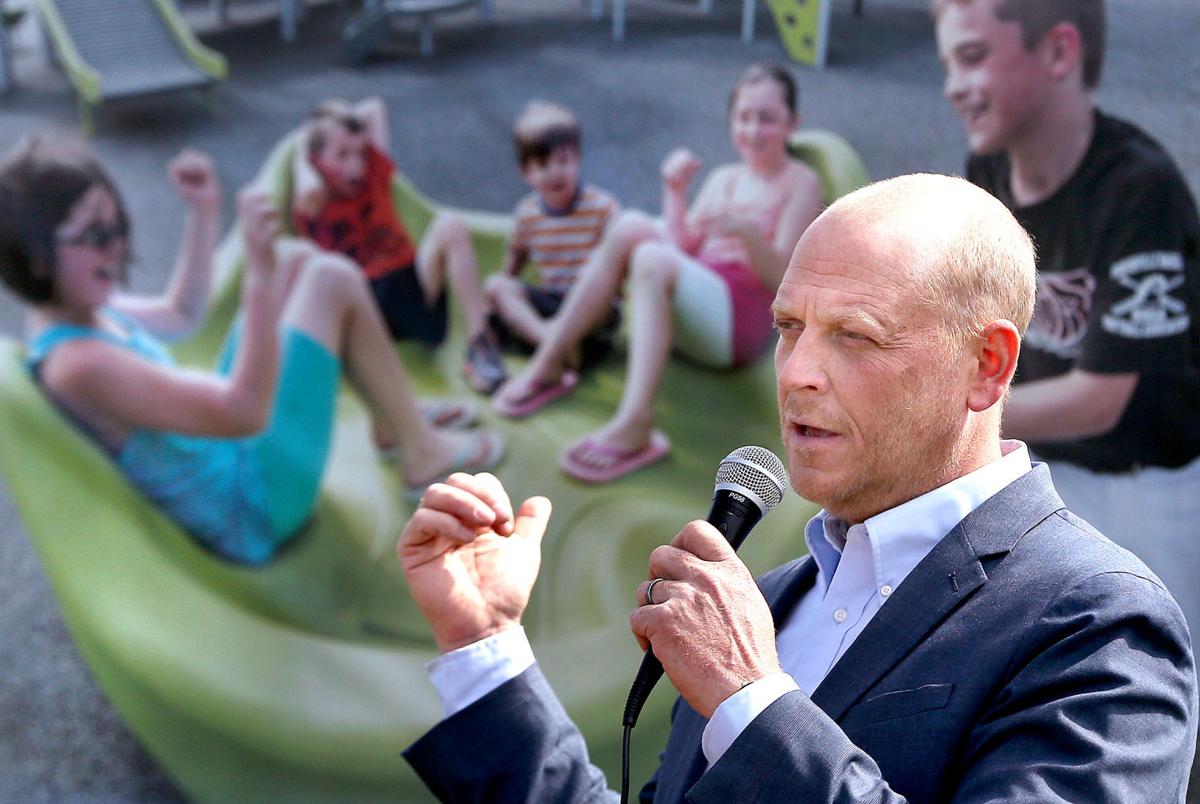 La Crosse Mayor Mitch Reynolds told the Tribune Editorial Board that Jay Odegaard, Director of La Crosse Parks, Forestry and Recreation, has been at the "forefront" of addressing homelessness in the city. 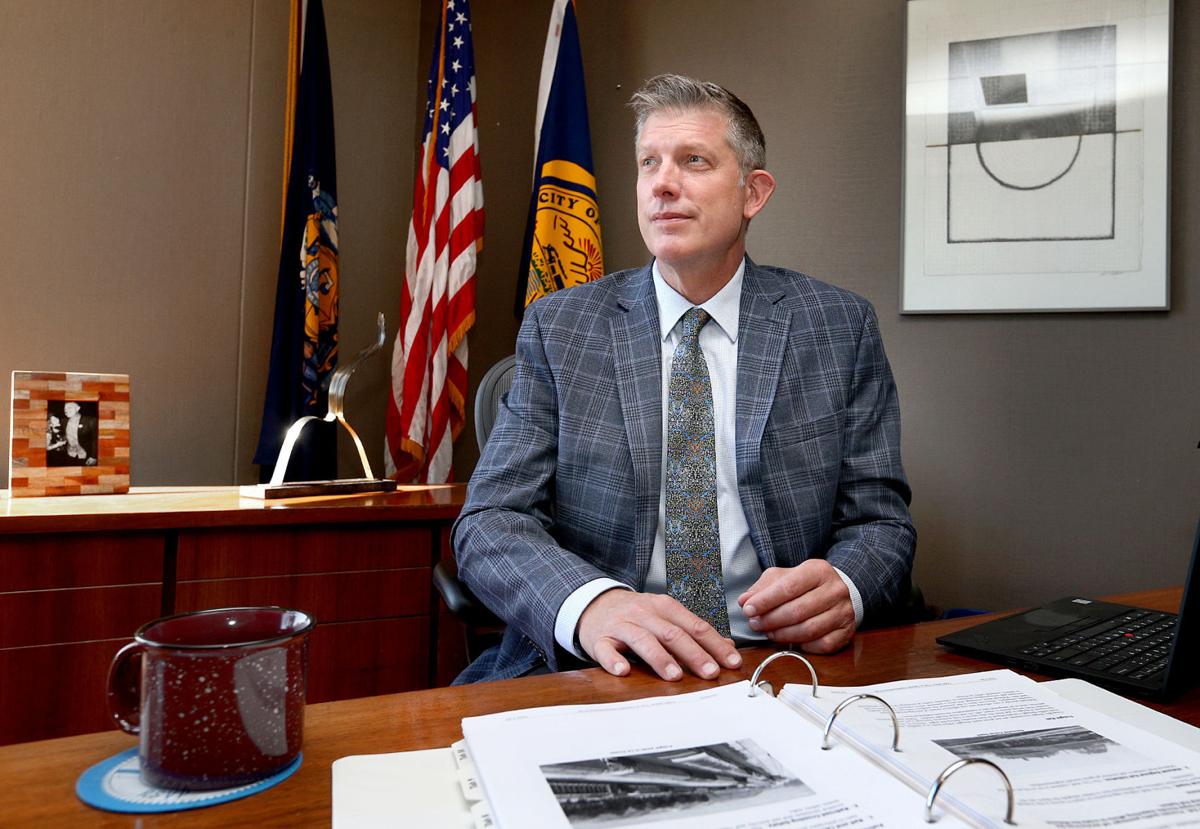