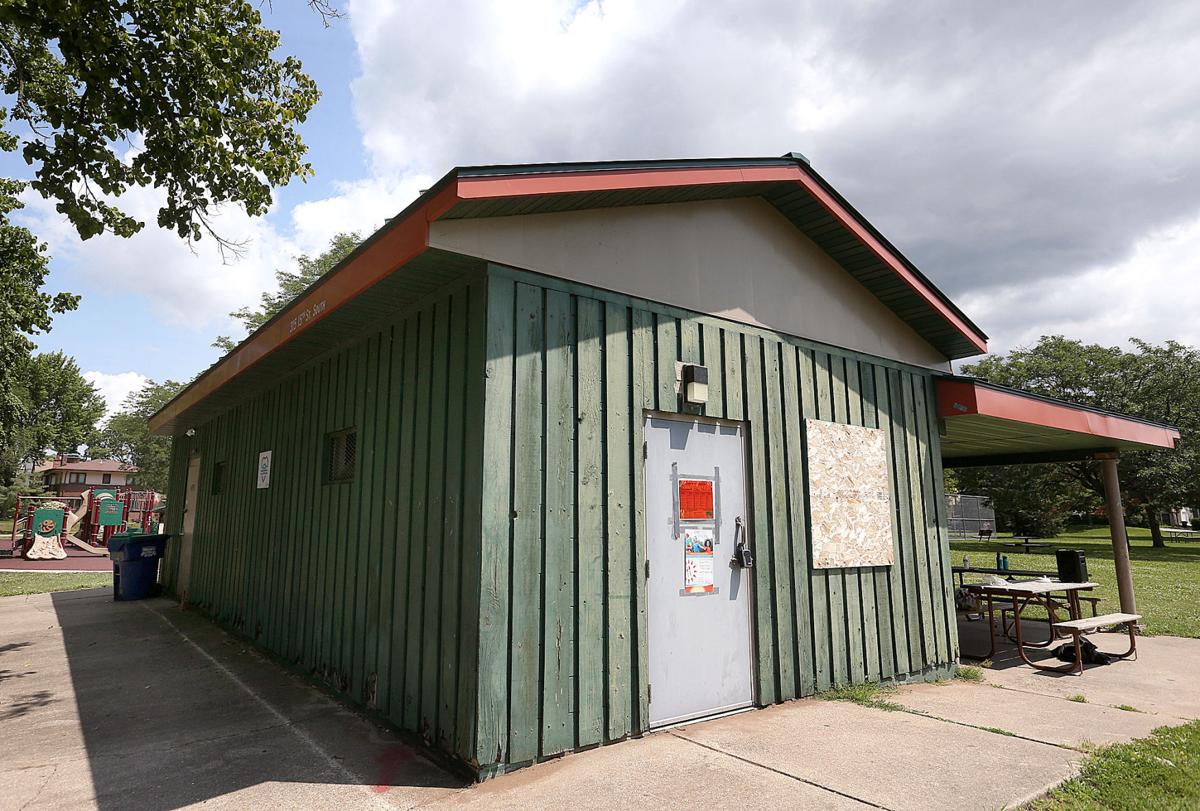 Updating the Weigent Park shelter is an item that neighbors pushed to get on the city's budget. 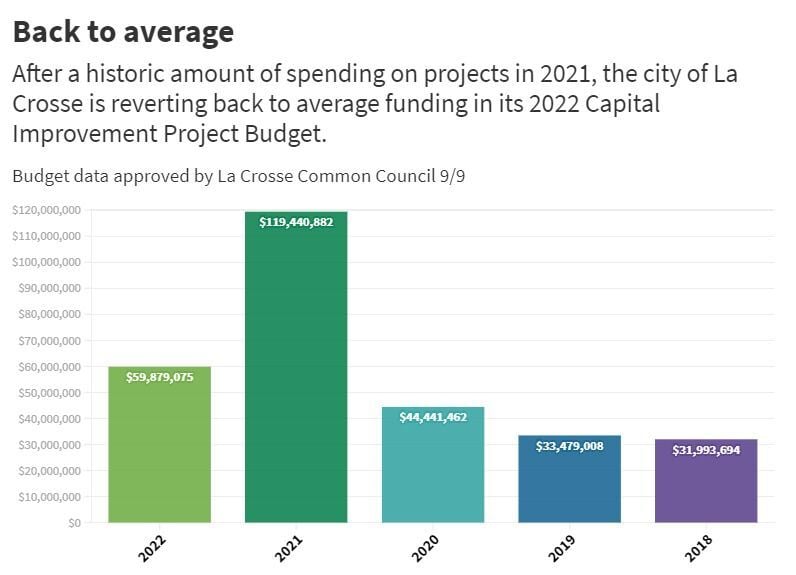 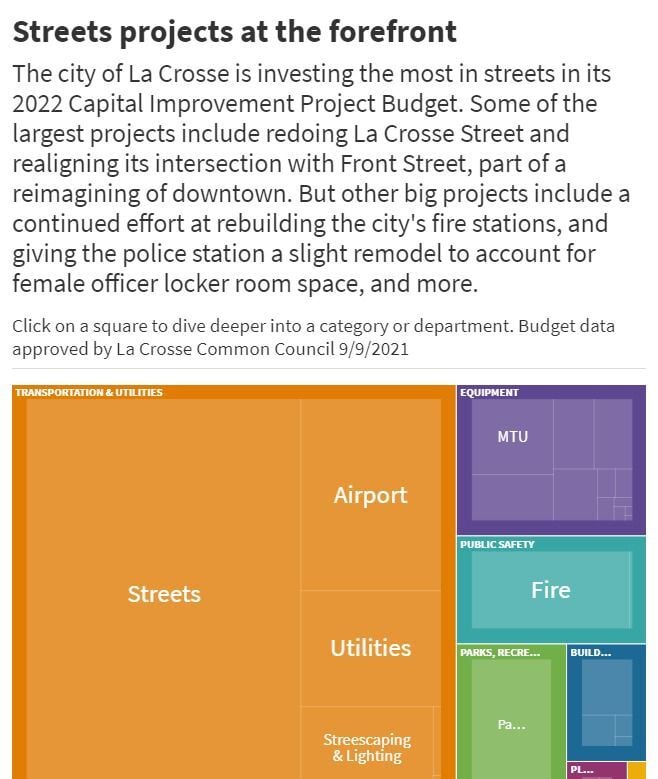 This year’s price tag was not as sizeable as last year’s whopping $119 million, and largely brings the city’s spending back to average while putting some of its ambitious new development plans on hold for a few years.

Still, this year’s project budget is back to the slow incline it was once on before, likely bringing some relief to officials as they try to balance a challenging budget this year.

Currently, the city is working to cut about $5 million from its operations in order to avoid a major tax hike for residents. That money will likely come out of other operations now that the project budget is approved, and could mean budget cuts like the city implemented in 2020 that caused some layoffs and furloughs, though nothing is set in stone yet.

The 2022 project budget can be seen as a bright light amid other budget concerns, though.

But there are a number of other major projects in the plan.

The budget invests at least $3.4 million into infrastructure to combat flooding by repairing or replacing pump and lift stations. The stations at Hagar Street, Causeway Boulevard, Breezy Street and Myrick Park are on the list.

For the Parks, Recreation & Forestry Department, which was one of the city departments that saw major budget cuts last year due to the pandemic, it will receive $4,693,000 to improve the many different public spaces around the city.

On the to-do list includes replacing the 20-year-old Kids Coulee Playground in Myrick Park, which the city states in the budget is in “severe state of disrepair,” making it unsafe and racking up high maintenance costs in its current state. That project is slated to begin in April 2022, and estimated to be completed by Nov. 2023.

A new Weigent Park shelter will also be constructed using money from this budget. The existing shelter was built in 1978 and is largely unusable, including its bathrooms, for park-goers. Neighbors made a big push to get a new shelter on next year’s budget, and were successful.

The city will pay $200,000 next year to complete that project, which is expected to be done by next fall.

The bathrooms in Riverside Park will also get a complete rebuild next year to the tune of $500,000, and improvements will also be made to Carroll Park, the many city trails and more.

La Crosse Public Libraries, which also saw big budget cuts last year, will get some improvement in 2022. The city approved $75,000 towards remodeling part of the Main Branch Library on Main Street.

The remodel will transform about 12,000 square feet once used by the La Crosse County Historical Society into a multi-purpose and community event space that could be used to generate revenue.

The remodel will improve flooring, humidity control and acoustics, as well as replacing the exterior wall along Main Street with floor-to-ceiling windows. This project is anticipated to begin in April 2022 and be completed Nov. 2024.

The city’s neighborhoods received some emphasis with next year’s budget.

Aligning with the city’s Safe Routes to School plan, traffic-calming infrastructure will be placed surrounding Northside Elementary School, which was identified as a high priority because of reports of frequently speeding cars nearby.

The city will introduce mid-block curb extensions on Kane and Charles Streets from Rublee and Gillette Streets, a project that will cost $60,000. Its expected to help reduce incidents of speeding nearby making it safer for students during school and drop-off hours. It’s expected to be completed over next summer.

Officials are also welcoming in a new neighborhood project next year, spending $50,000 to help fund the ReNEW the Block initiative.

The program works to help revitalize neighborhoods one block at a time, and as its first project the group will be working on 9th Street South between Ferry and Division Streets, incorporating Lincoln Middle School, several La Crosse Promise homes and other homes in the revamp.

Some other items the city will fund next year have been long in the works, including three new hybrid buses for the MTU at just over $2 million, and funding to redo Fire Station No. 4, a project that was put on hold a year over historical concerns. The city has approved $3.8 million to spend next year to construct a new station, though it’s still unclear what the new plans are for the existing, 1940 fire station.

While the 2022 budget is full of exciting new initiatives and long overdue projects, it was whittled down from the roughly $84 million that was initially requested from city departments.

Some of the items that didn’t make the cut this year include building a new trail connecting Red Cloud Park and the La Crosse River Marsh, which was to be funded by a Tax Incremental District, but its funds are now being directed to the new housing development near the park and the trail will be funded down the road.

The city will also not spend $500,000 next year for environmental engineering consulting near Wells 23 and 24 on French Island, where the PFAS contamination has spread.

And the city’s plan for a public market just north of downtown will likely not be funded for several more years. $2.5 million was originally requested to be spent on the project next year, likely to begin property acquisitions, but the city now tentatively plans to invest $1 million in the roughly $13.7 million project in 2024.

Putting projects on hold for a year or two is part of a renewed emphasis the city placed on its five-year budget outlook this year. The city typically plans its budgets out over a five-year span, but this year Mayor Mitch Reynolds narrowed in on its importance for planning out future spending.

The city estimates at the moment that it will spend around $204 million on projects between 2022-2026, with yearly totals growing smaller over the years, though those typically grow as more needs and requests arise around the city.

Reynolds, who is working through his first city budget as mayor, has also implemented a new ranking process for department heads to use when making funding requests. It was used as a sort-of pilot this year, and will be implemented more fully next year to try and prioritize funding and projects over a five-year plan.

The city still needs to finalize its overall budget before it has completed its spending plan for the next year. Now that the project budget is complete, the mayor will typically share a mayor’s budget later this month with a total operations cost for the city that will likely be narrowed down by officials.

The budget will experience several stops along the way, including public hearings, before it is approved on Nov. 15 or 16.

Updating the Weigent Park shelter is an item that neighbors pushed to get on the city's budget. 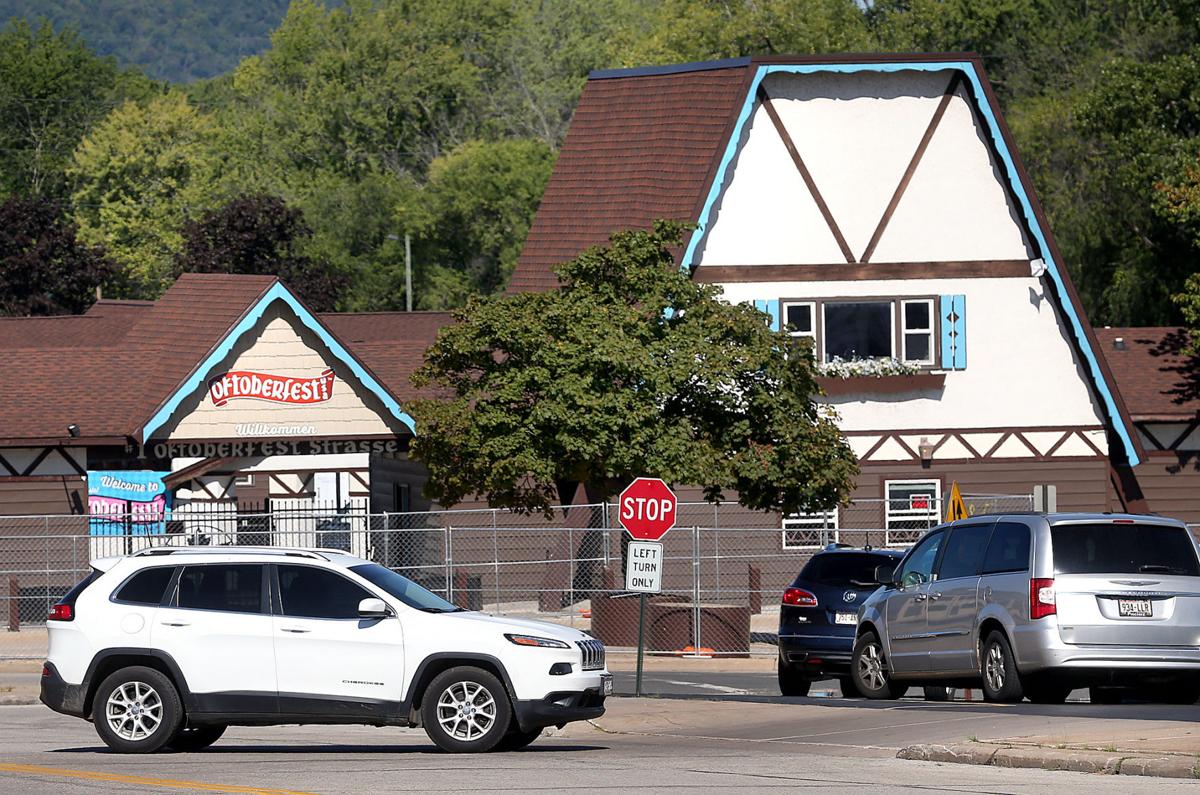 Extending La Crosse Street from Second Street to Front Street is among the items on the 2022 Capital Improvements Project Budget.