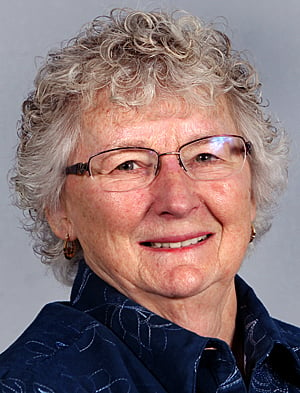 A Viterbo University student will challenge La Crosse Common Council President Audrey Kader for her District 11 seat, as will her council opponent from 2003, forcing a primary later this month.

Maurer is a sophomore studying business management, according to the statement.

He and the committee say they're concerned over the council's decision to potentially do away with Committee of the Whole. Maurer also criticized the council for passing a sign ordinance he says "creates an unfair burden on small businesses in La Crosse."

Also filing against Kader today was Jerome Gundersen Jr., a remodeling contractor who lost to Kader in 2003 when she secured the first of her three straight terms on the council.

Gundersen, 52, made an unsuccessful bid this past April for the La Crosse County Board's 9th District seat won by Andrew Londre. He also was a candidate in 2002 for 95th District state Assembly.

The primary will be Jan. 29, with the top two finishers advancing to the recall election Feb. 26.

Check lacrossetribune.com for updates on this story, and read more in Thursday's print edition.

Since November, La Crosse County, in collaboration with various community partners, has been able to help 45 families experiencing homelessnes…

The South Side Neighborhood Center will be open as a daytime warming space for unsheltered people starting Sunday, January 29.

Rides on La Crosse buses are free from Monday to Saturday this week, part of Transit Equity Days, a celebration centered on Rosa Parks’ birthd…

La Crosse County voters will be asked to weigh in on one of the most divisive issues of our time: the legality of abortion. The County Board o…

On Thursday evening, the La Crosse County Board of Supervisors unanimously approved an ordinance to become a certified Broadband Forward! Comm…

On Thursday, Jan. 20, it became official: Jane Klekamp will serve as the next La Crosse County administrator.

Architects from ISG, the multidisciplanary architecture firm contracted by the city of La Crosse, presented designs of additions to the Myrick…

A 20-year cheddar is revealed