Become a Member
Read Today's E-edition
Share This
Grading the teachers: Performance to be tied to student achievement
0 Comments
Share this
1 of 2 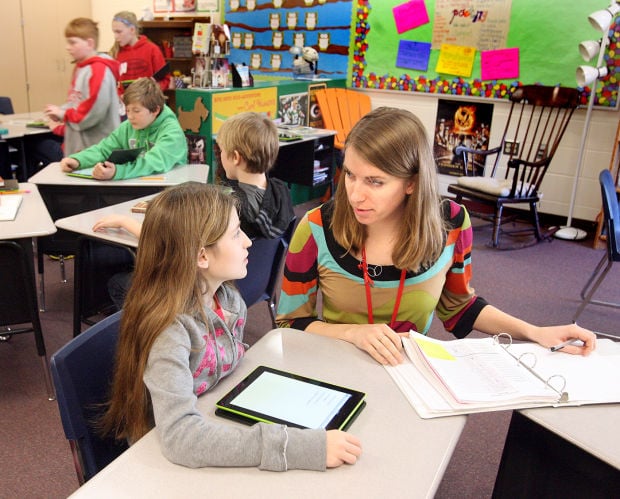 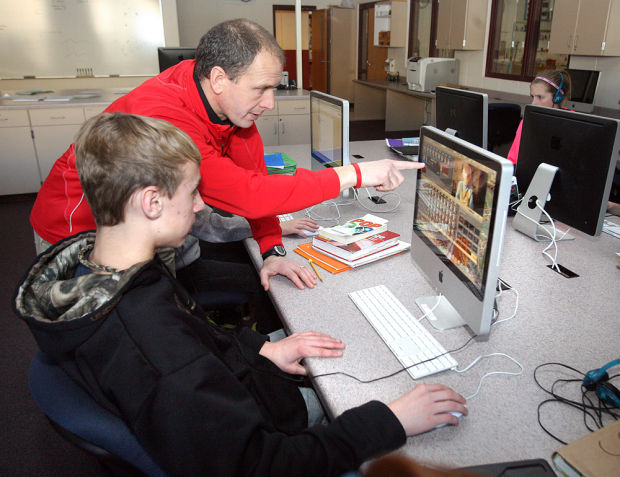 By PATRICK B. ANDERSON |

WESTBY — Alyssa Lammers teaches her English classes knowing at any moment she might get a visit from the principal.

Five-minute drop-ins. A surprise 45-minute observation. All to make sure Lammer’s sixth-grade students are learning like state lawmakers say they should.

Lammers and three other teachers at Westby Middle School are piloting Wisconsin’s new educator evaluation system that will eventually be used in all of the state’s public K-12 schools.

All public school teachers will soon be under the same scrutiny. More involved and more comprehensive, the new evaluations require goal-setting, self reflection and added guidance from school leaders.

And most controversial: Student test scores and graduation rates will account for half of a teacher’s evaluation, though that’s not yet the case in Westby.

Students will be the new bottom line.

“It’s the way that we’re going to be changing all our schools,” Lammers said. “It’s a great position to be in, to already have experience with it.”

With the start of Westby’s pilot program this year, Clarice Kammel’s already hectic job got more hectic. It falls to Kammel to find time for extra classroom visits and conversations with teachers.

But the middle school principal already notices benefits in the classroom.

Teachers are more clear about what Kammel wants out of them “and what they need to do to improve, to be a more effective teacher,” Kammel said.

State education officials are banking on Westby’s success. Beginning in the 2014-15 school year, all Wisconsin public school teachers will be evaluated the same way.

Teachers identify two or three classroom goals at the beginning of the school year and share the plan with the principal.

From start to end of the school year, teachers work with a mentor — another teacher — and Kammel to accomplish those goals.

Then there’s the observations. Kammel stops by up to seven times in the school year. Only one visit is announced, a 45-minute formal observation. The rest are random.

“For me it doesn’t change a whole lot,” said Michael Weninger, an eighth-grade history teacher in the pilot. “As a teacher you plan and prepare regardless of who’s going to be in your room.”

Self reflections, planning sessions, discussions, conferences — it can be more strenuous, but it also creates more conversation, Weninger said.

“Evaluation is no longer something that is done to you,” Weninger said. “It now involves the teacher as well.”

Weninger is the teacher-mentor for the pilot.

At the end of an observation, Westby’s pilot teachers finish their own evaluations. Another change, Kammel said.

She usually writes the evaluations, but the new way gives teachers more responsibility.

“It’s the teacher that needs to be reflecting on what they do,” Kammel said.

The self-evaluation form used in Westby’s pilot — what Lammers calls “the framework” — is really a roadmap to Wisconsin’s education reforms.

Broken down into four sections, teachers are scored on planning and preparation, classroom environment, instruction and professional responsibilities.

“They don’t just focus on the way that you teach,” Lammers said. “They also focus on the rapport you have with kids.”

Instead of being evaluated on her instruction style alone, Lammers will also be scored on 22 sub-categories, including student engagement, student behavior and creating a respectful atmosphere.

The InTASC standards are research-proven and not skewed to make all teachers look exemplary, said Sheila Briggs, assistant state superintendent of education.

“We have a whole lot of educators who are in the center,” Briggs said. “We selected a tool that’s going to accurately identify teachers.”

Teaching to the test?

For Wisconsin, that also means using test scores and graduation rates to evaluate educators, though the method for measuring “student outcomes” will vary depending on grade-level, according to the state.

Griffin Grass, 12, is quick to praise Lammers, his English teacher.

“We do games and stuff,” Grass said. “She talks about the different kinds of poetry.”

Eventually, Grass’ classroom experience will hold much more sway over his teacher’s job.

Basing half of a teacher’s evaluation on students could be successful, but it could also hurt classrooms “if this becomes teaching to the test,” said Gerry Roethel, executive director of Coulee Region United Educators.

“Then we’ve not succeeded,” Roethel said. “That’s not what this should be about.”

The idea might be scary for some teachers, but it shouldn’t be a concern if the new evaluation system is done right, with plenty of input from educators, said Kristi Mally, assistant professor of physical education at the University of Wisconsin-La Crosse who chairs the assessment committee for UW-L’s education school.

“If it’s used in a way that I think it was originally meant to be, then it’s going to open up some conversation,” Mally said.

Before prospective teachers move from college campus to K-12 classrooms, Mally makes sure to give them a crash course in the new evaluations.

In the past, teachers were trained to examine their own behaviors and techniques. The new evaluations are “flipping that coin,” Mally said.

“It’s really a big paradigm shift,” Mally said. “It really goes against the way that many teachers were prepared.”

Westby’s pilot evaluations don’t include student performance, but classroom changes driven by the pilot should keep test scores from being a problem, Kammel said.

“If you have quality instruction, you’re going to have good outcomes,” she said.

Lammers is a first-year teacher, and feels lucky to be part of Westby’s pilot. It gives her an early glimpse of how Wisconsin will measure its public school teachers, she said.

Adding student test scores to the equation doesn’t seem to worry her. Lessons and class subjects might change, but it won’t affect her teaching style, Lammers said.

“I think that all teachers have this kind of innate gift,” Lammers said. “I think that no matter what happens, that nothing is really going to change that.”

School principal evaluations will no longer be under public scrutiny when a new law takes effect next year.