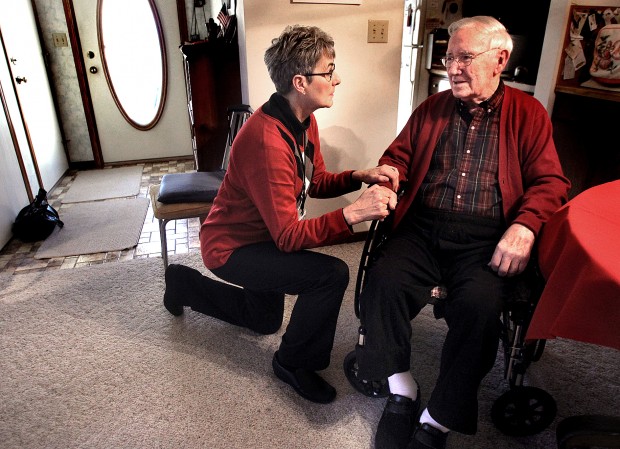 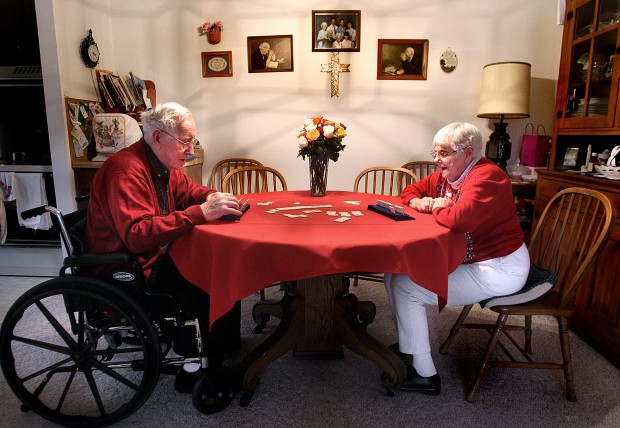 Fritz McDowell and his wife of 67 years, Mae, play Rummikub at their home in Onalaska. Games are one of the simple pleasures the couple have enjoyed in their remaining days together. PETER THOMSON photo 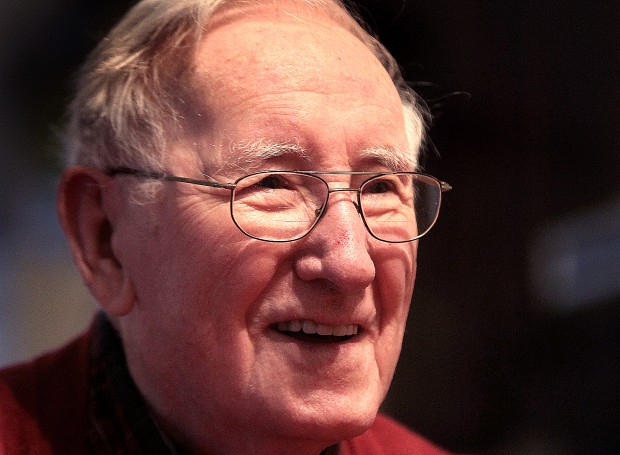 Fritz McDowell is celebrating what will likely be his final Christmas. He stopped treatment last month for his lymphoma. Doctors say he's likely to die within six months. But McDowell, who is 95, is at peace.

"It's a win-win situation," he figures.

If he dies soon, he'll be in heaven with God. If he lives longer than expected, it means more time with family.

Not everyone has those same feelings about death during the holidays. Some families are watching their loved ones die. Others have their grief triggered again when Christmas rolls around.

"It's hard to let go when it's your mate," said McDowell's 90-year-old wife, Mae, as she wiped away a tear.

For each situation, the family needs to grieve in their own way, said Jill Wilke, a bereavement specialist at Gundersen Lutheran.

"No grief is acute during the moment," she said. Whether it be a family who lost a grandmother after several months of her being sick, or a mother and father who lose their baby to a miscarriage.

Grieving usually lasts about two years if an adult dies and about five years for a child.

"It's a lot longer than people think," Wilke said. "Society only gives us three days off for a funeral."

Even if the loved one didn't die around the holidays, this time of year can trigger sad feelings.

Debbie Morovits found that out after her husband, Dennis, died in a moped accident in May 2007.

The Prairie du Chien couple had made it a tradition to help out at the community Christmas dinner every year. The first Christmas after his death, Morovits didn't think she would be able to go.

"I didn't know if I could walk in there without him," the 57-year-old said. "Every memory there I have with him."

But after she got there, she realized that's where she needed to be.

After the death, keep traditions or don't, Wilke said. Whatever is comfortable.

It's a process every year, Morovits says.

"Try and get yourself out there," she said. "If have to hold back, hold back. If you have to cry, cry."

Fritz McDowell and his family decided to try one last treatment after the radiation didn't get rid of his cancer. The one-time steriod treatment nearly killed him. So he started hospice care Nov. 25 at Mayo Clinic Health System in La Crosse.

"After we saw how weak he was, it wasn't a hard decision to stop treatments," said Mae McDowell, his wife of 67 years.

Now, he spends his time knitting winter caps, most of which he donates. His wife sews the tassels on top.

On Christmas, they'll have a potluck and exchange a few gifts.

"I'm glad we'll be together this holiday," she said.

"We'll manage because of faith, family and the hospice," he said. "God will see us through it. Of course we want to be together, but we know there has to be an end sometime."

Coping with grief during the holidays

Focus on what you want to do

Blue Christmas? For some, the holidays are not so merry

It can be the most wonderful time of the year, but for some, the holidays are a struggle. Dealing with the deaths of loved ones, depression, u…

Sandy Hinders made a life in death.

Fritz McDowell and his wife of 67 years, Mae, play Rummikub at their home in Onalaska. Games are one of the simple pleasures the couple have enjoyed in their remaining days together. PETER THOMSON photo