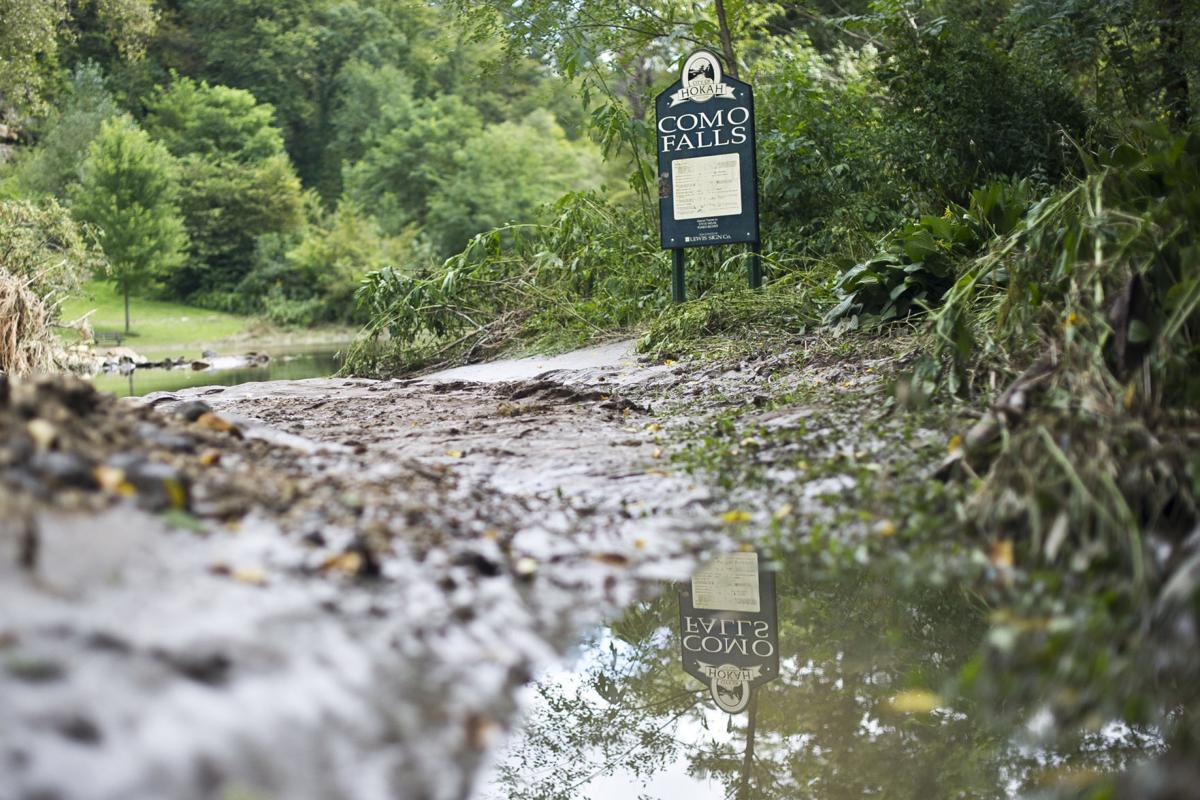 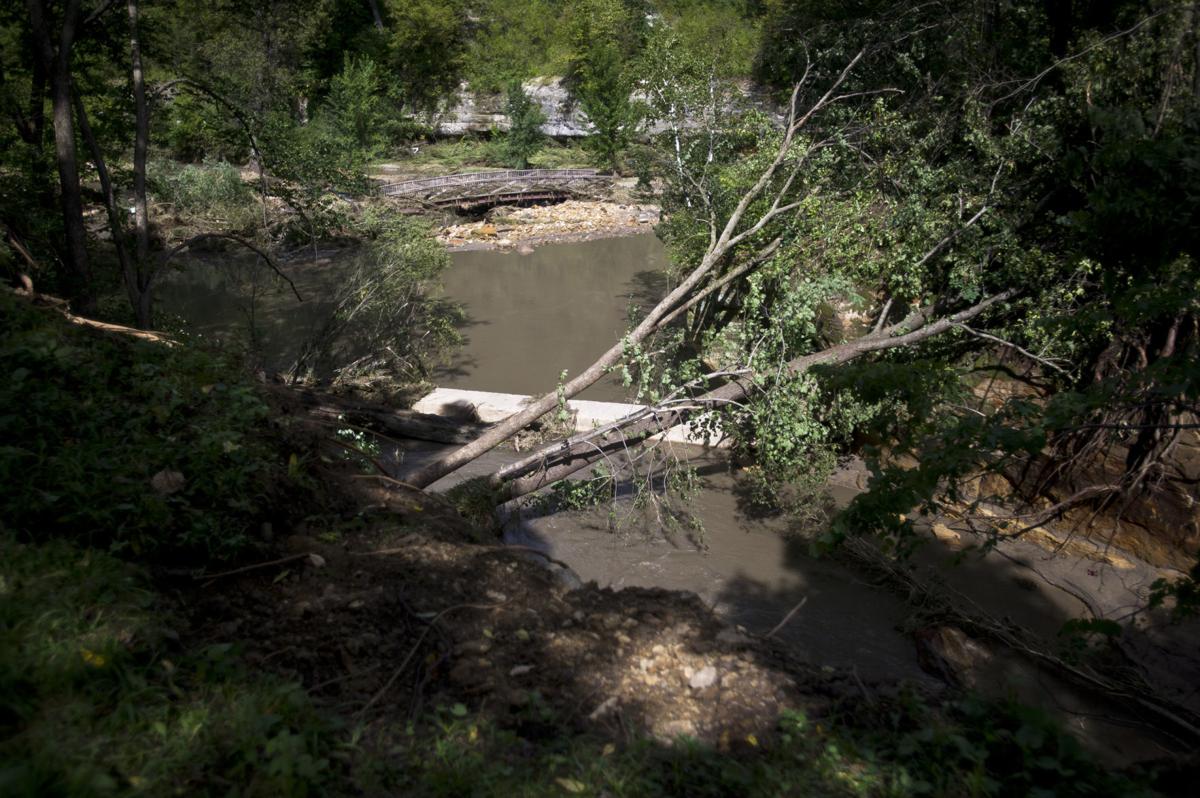 Next week, city and state officials are preparing to take on the arduous and costly task of restoring the falls to their former glory.

During a special meeting at 11 a.m. Saturday, March 30, at the Hokah City Hall, Mayor Mike Walsh hopes to poll public support for the project and begin planning for the park’s future.

“The more ideas we have, the better off we are,” he said.

According to Bob Schuldt, Hokah’s emergency manager and police chief, the meeting will also give the public an opportunity to look over several engineering proposals and ask questions.

“We’re working together to come up with a long-term solution,” he said.

Hokah was among the hardest hit by last summer’s floodwaters. There the Thompson Creek eroded a hillside diverting water around the historic falls and imperiling two hilltop homes.

Since former Gov. Mark Dayton visited last September, significant efforts have been made to stabilize and repair the falls.

Shortly after the flood, city staff and Minnesota DNR personnel were able to shore up the hillside and prevent further erosion.

Much of this was possible thanks to roughly $529,363 in funding from the Minnesota Public Disaster Relief Fund, which allowed the city to divert water back over the falls and prevent additional damage to the hillside.

But according to Schuldt, these were short-term solutions and there is still a lot of work left to be done.

Among the improvements being considered are weirs to control the flow of water.

But, according to Walsh, the biggest challenge will be funding the project.

Both Walsh and Schuldt remain hopeful state and federal grants will become available to offset the cost, however the burden will likely fall on taxpayers.

“Ultimately, if they want to continue and make it what it was, it’s probably going to cost taxpayer money,” he said. “I don’t want to go spend $1 million and not have the support of the whole community.”

In a show of support, community groups have already opened an account at Merchants Bank in Hokah to collect donations, while others are considering starting a GoFundMe page.

“It’s kind of neat and inspiring to see the community come together,” Schuldt said.

While the restoration does open the possibility to re-imagine the park, Walsh isn’t looking for any big changes.

“We don’t want any more than what we had,” he said.

Walsh is hopeful that the iconic park will draw people from throughout southeastern Minnesota to pitch in and help make the restoration possible.

“We’re talking about close to $1 million for a small community. That’s a lot of money for a town of 580 people.” Bob Schuldt, Hokah’s emergency manager and police chief

Tobias Mann covers crime and government in Winona County. He can be reached at 507-453-3522 or at tobias.mann@winonadailynews.com

Divorces for Sunday, May 31