According to the Houston County Sheriff’s Office, emergency services were called to a Jefferson Road farm at about 11:35 p.m. Sunday. Richard Wagner, 66, had been assisting a cow that was having difficulty delivering a calf when the cow attacked the farmer.

Wagner received significant injuries and was transported to the Mayo Clinic Health System in La Crosse by the New Albin Ambulance Service and Tristate Ambulance Service. He succumbed to his injuries. 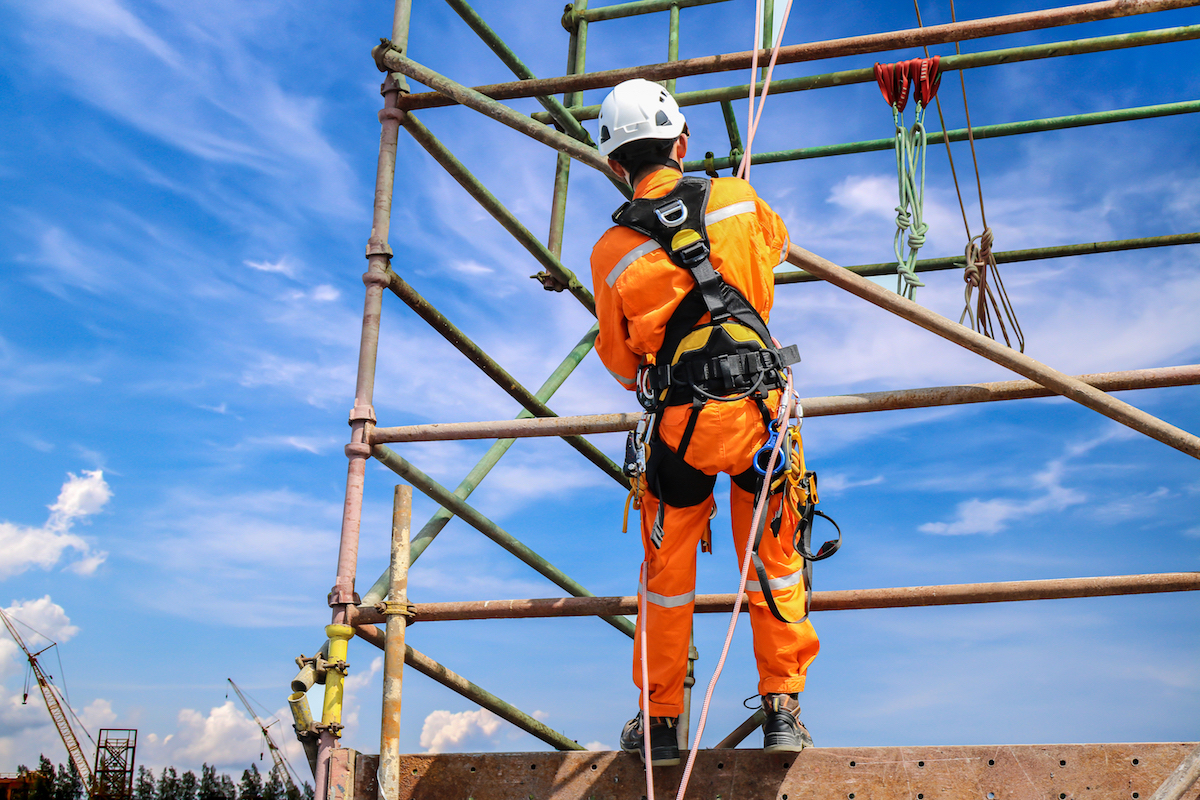 Data on fatalities in the workplace is meticulously gathered to ensure that federal, state, and local safety standards are upheld across the country. Each year, Bureau of Labor Statistics (BLS) collects statistics on fatal injuries in the workplace across a wide variety of occupations and industries. In 2016, the nation’s workforce saw 5,190 fatal injuries that occurred “on the job,” amounting to a rate of about 3.6 deaths per 100,000 employed workers who worked regular hours.

Certain occupations undeniably pose a greater threat to its workers, who might be exposed to harmful substances, dangerous environments, and life-threatening situations if proper safety regulations are not followed. That might be no surprise to the men and women who put themselves in harm’s way for their well-earned wage… but are those wages enough in the first place?

The data scientists at Insurify sought to discover whether or not these dangerous jobs might actually pay more for prospective workers without a secondary education (a majority of the most dangerous jobs only require a high school diploma or less). To do this, Insurify compared the mean wages of these hazardous jobs against those of workers with only a high school diploma or less. Here’s what they found: 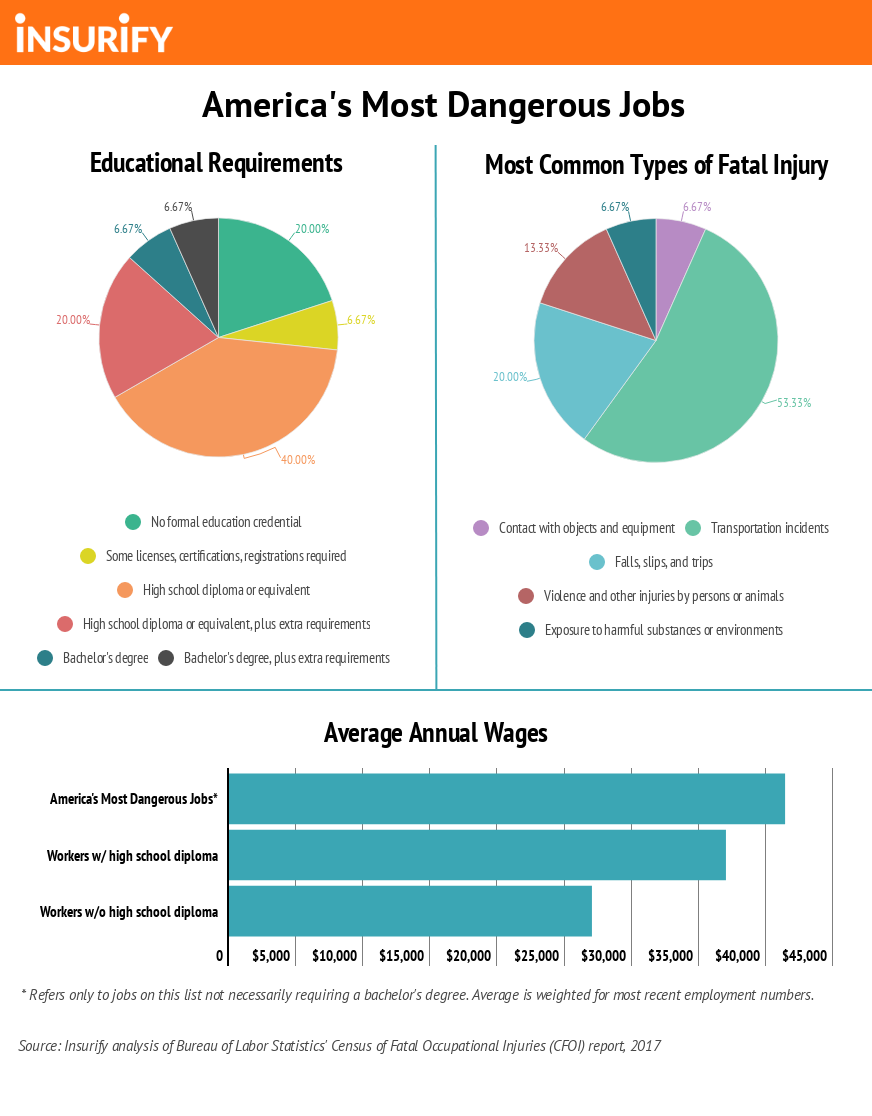 The data scientists at Insurify, an insurance quote comparison website, compiled data from the Bureau of Labor Statistics (BLS) on fatal injury rates, the number of fatal injuries, and average annual salaries per occupation in the year 2016. They took the analysis a step further by determining the likelihood of experiencing a fatal injury on the job indexed against the national average (a rate of 3.6 fatal injuries per 100,000 equivalent full-time workers, as calculated by the BLS), and by comparing the average annual mean wage of all of the ranked jobs that require less than a bachelor’s degree to the most recent estimates of the average annual income of all workers with just a high school diploma or equivalent. Information on educational requirements was taken from the BLS and MyNextMove. 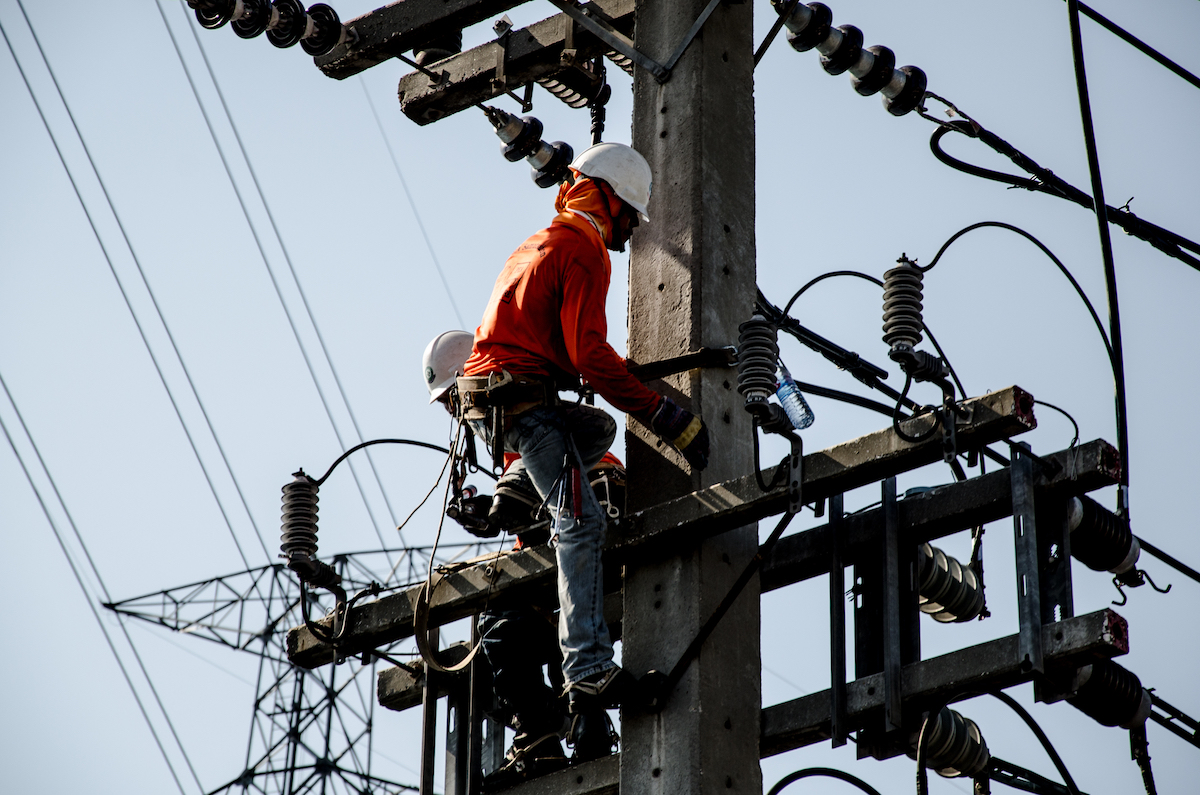 A job that demands working at immense heights might be an obvious candidate for America’s most dangerous occupation. This is the only job on this list that attributes its relatively high fatal injury rate to exposure to harmful substances—here, referring to high-powered electric fields. Luckily, its mean annual wage is well above that of the national average for workers with a high school education but no college degree. 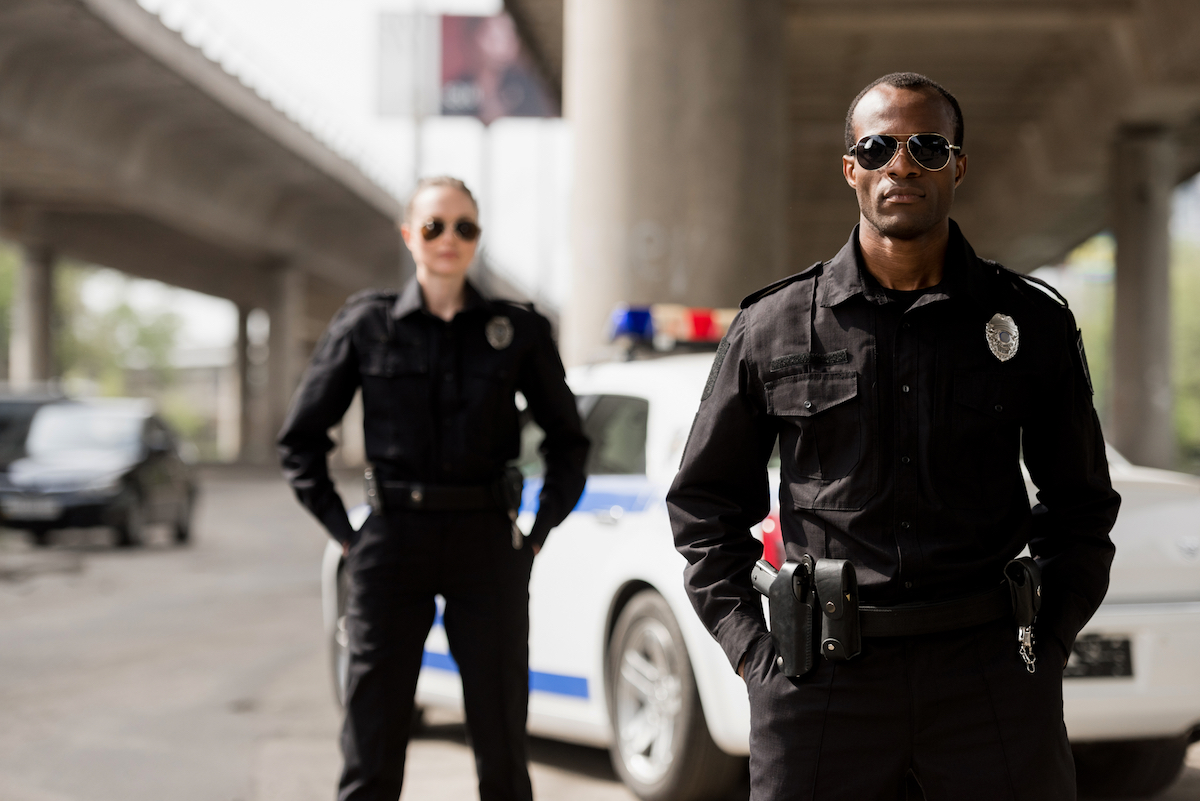 On-the-job fatality rates among law enforcement have reportedly risen in the past few years, mostly due to intentional shootings (here coded as “violence and other injuries by persons or animals”). Although educational requirements vary across offices, districts, and states, prospective police officers are expected to go through extensive vetting, training, and certification. 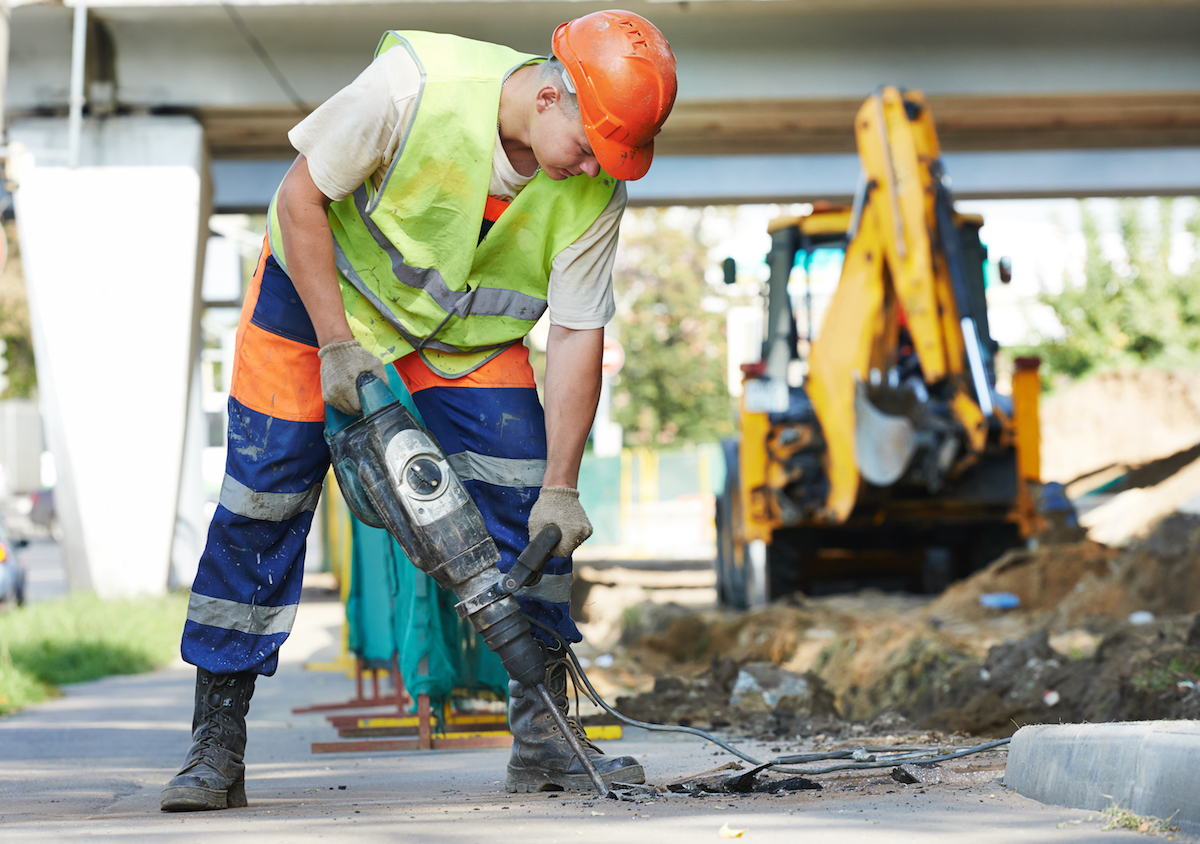 A profession ripe for accidental injury, construction labor claims more lives than almost all the occupations on this list. By the numbers alone, 254 construction laborers died on the job in 2016. (Yet the actual rate of injury for this work is smaller than that of their supervisors—see below.) Falls from high buildings and scaffolding claim the lives of more construction workers each year than any other accident. 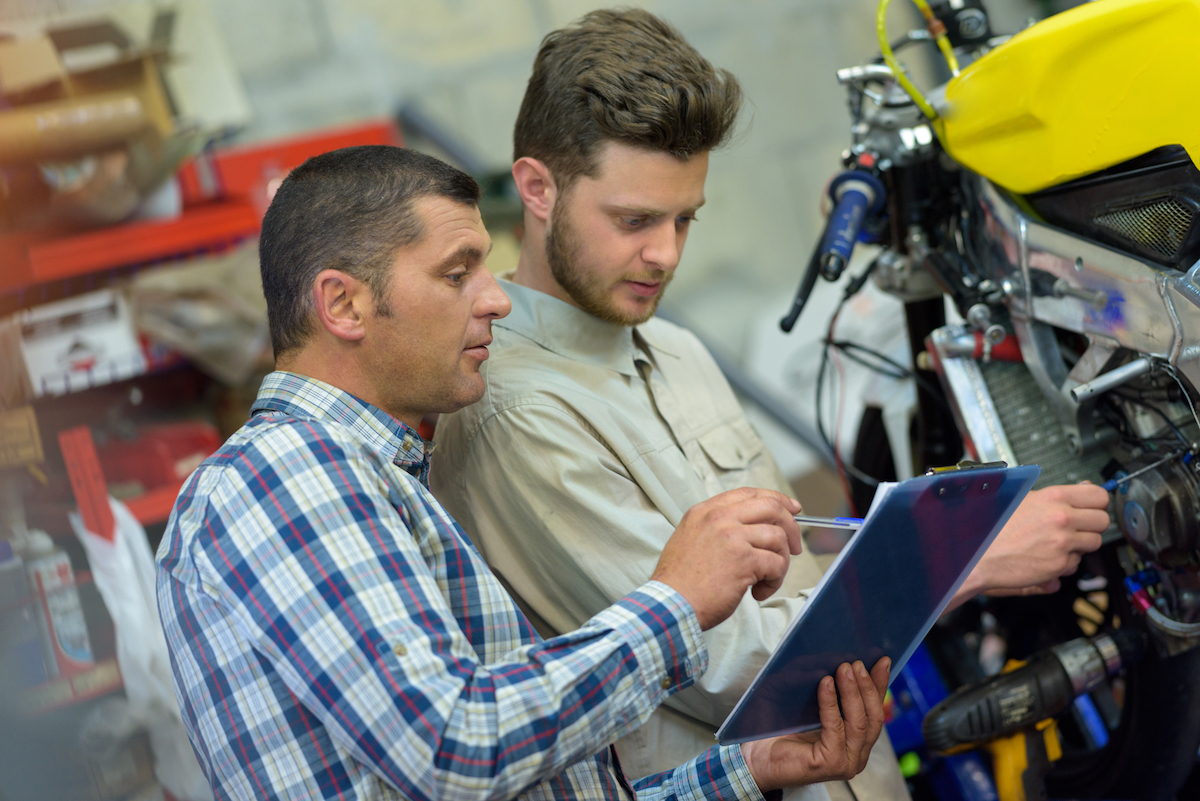 Supervising mechanics and repairers—rather than doing the grunt work itself—is evidently a dangerous profession. Although higher in the org chart and better compensated than the tradespeople they supervise, first-line managers also put themselves at risk in the workplace. Strikingly, violence and other injuries by persons or animals is the most common cause of death on the job. 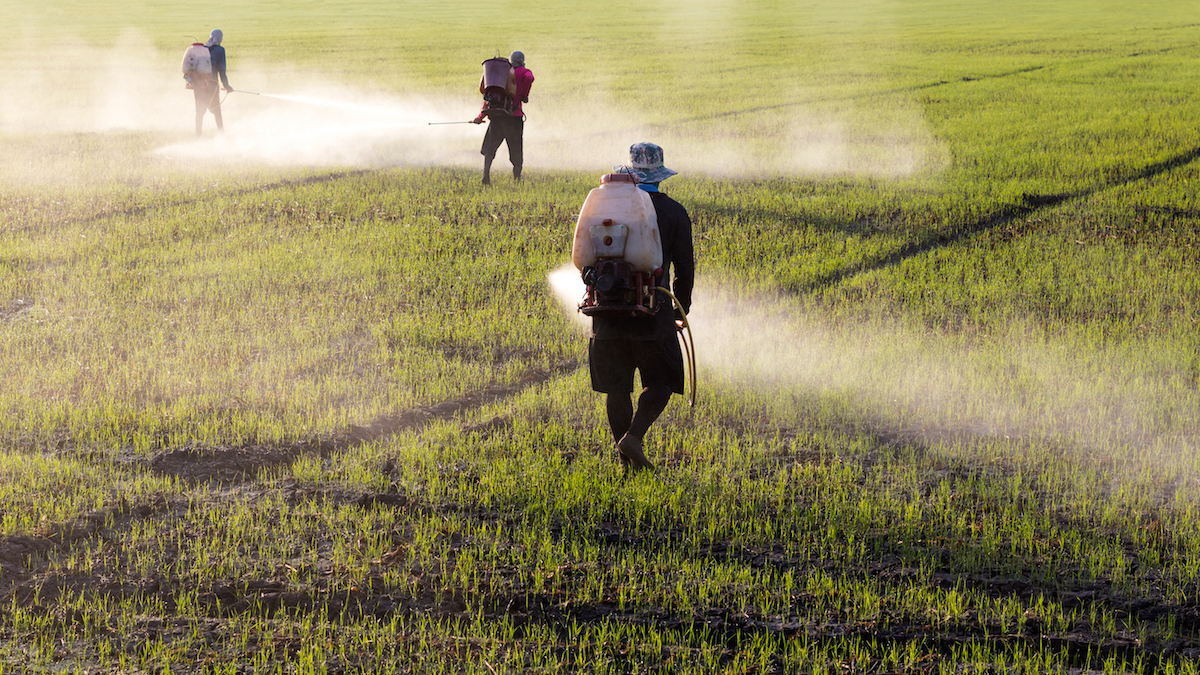 Call it less than ideal working conditions: agricultural workers have the 11th most dangerous job in America, combined with the lowest mean annual wage on this list. These workers have transportation incidents to blame for their high rate of fatal injury, however—not from operation of heavy machinery. 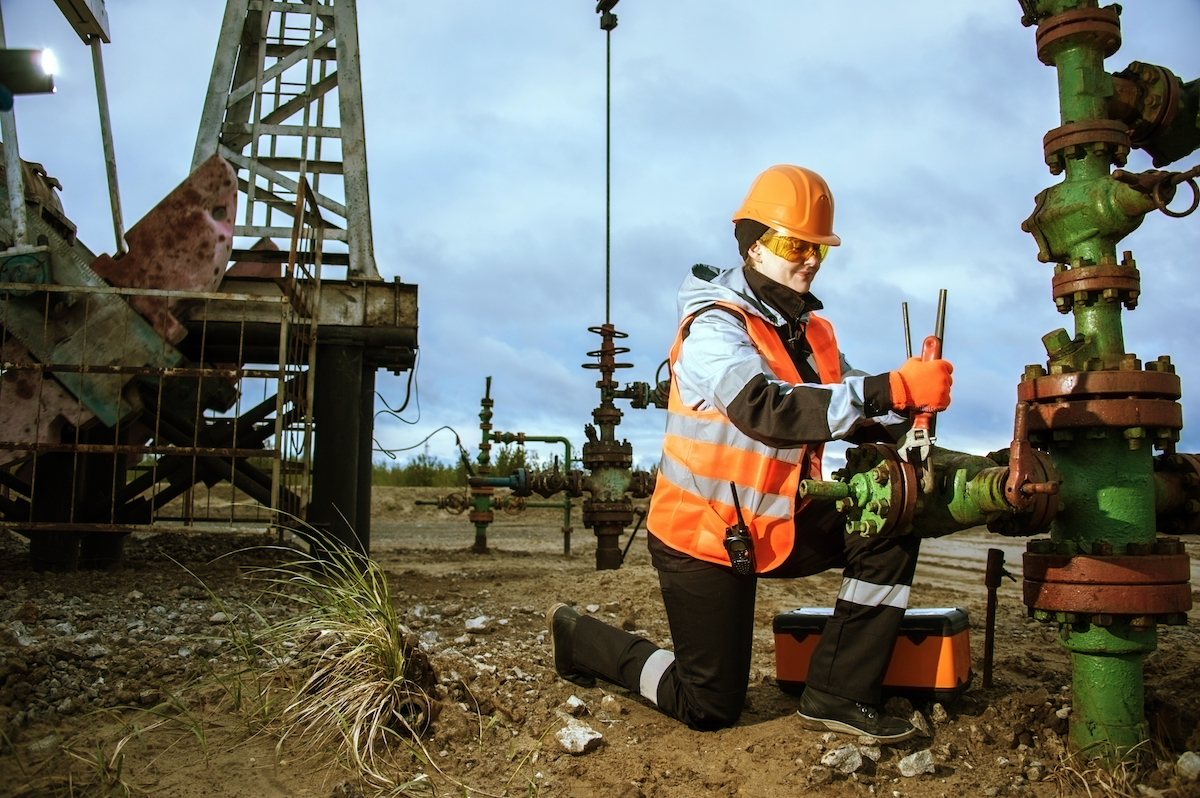 Construction and extraction supervisors may earn slightly higher wages than the laborers they manage, but the numbers also show that supervisors are at a higher risk of fatal injury than the rest of their team.

8. Farmers, ranchers, and other agricultural managers 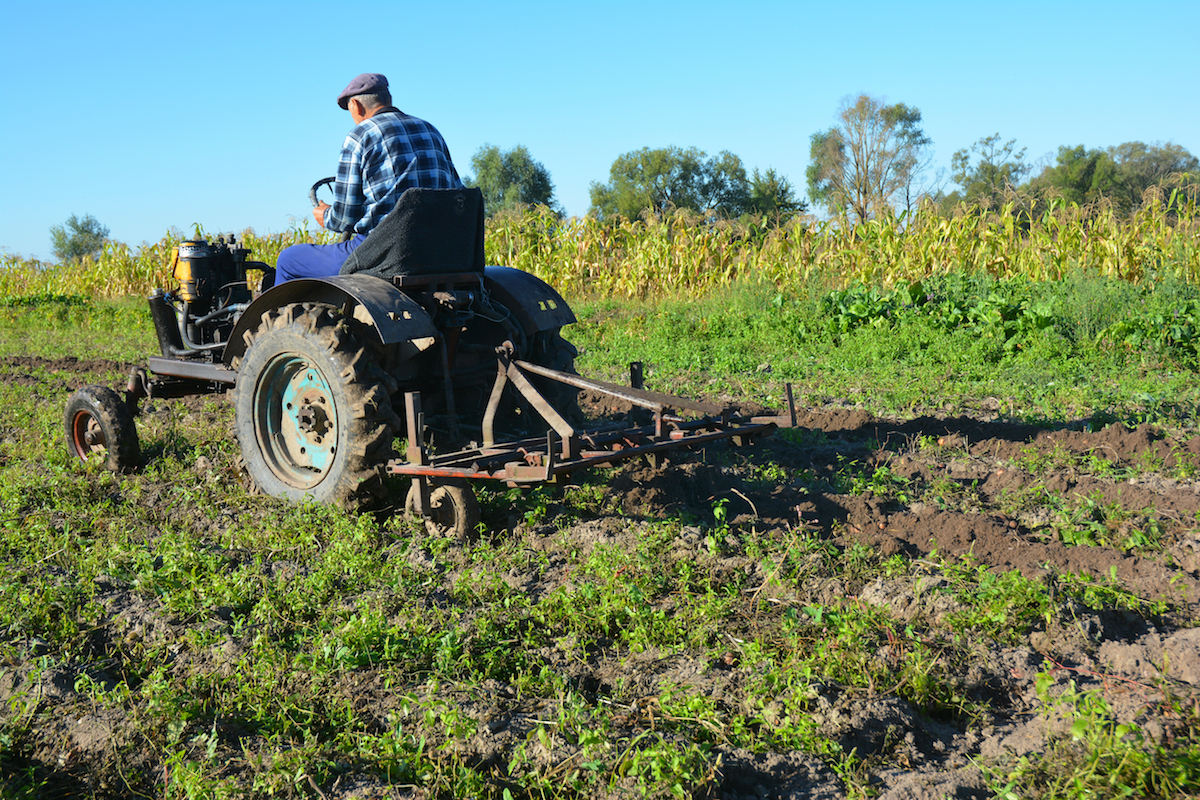 Farming and ranching are often trades into which one is born, and it admittedly takes a lot of determination and patience to work with the land. But in terms of professions on this list that do not uniformly require a college degree, it has the best payoff: a mean average salary of over $80,000, all other factors aside. 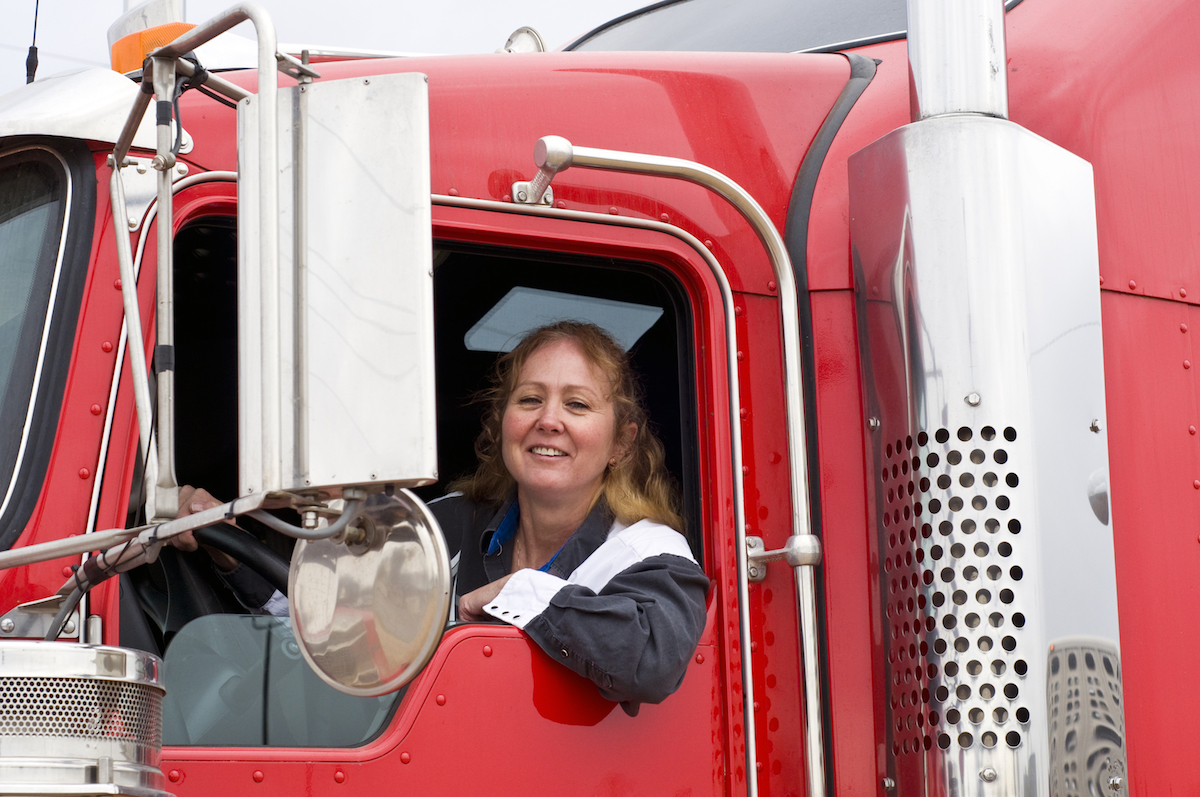 This occupation includes the highest number of total annual fatal injuries on this list, at a whopping 918. The work that truck drivers and delivery workers do is absolutely indispensable to modern supply chain operations, but the risks of working (virtually living) on the open and not-so-open road are all too often realized. In fact, the effects of truck driver fatigue are emergent subjects of study among labor experts and scholars alike. 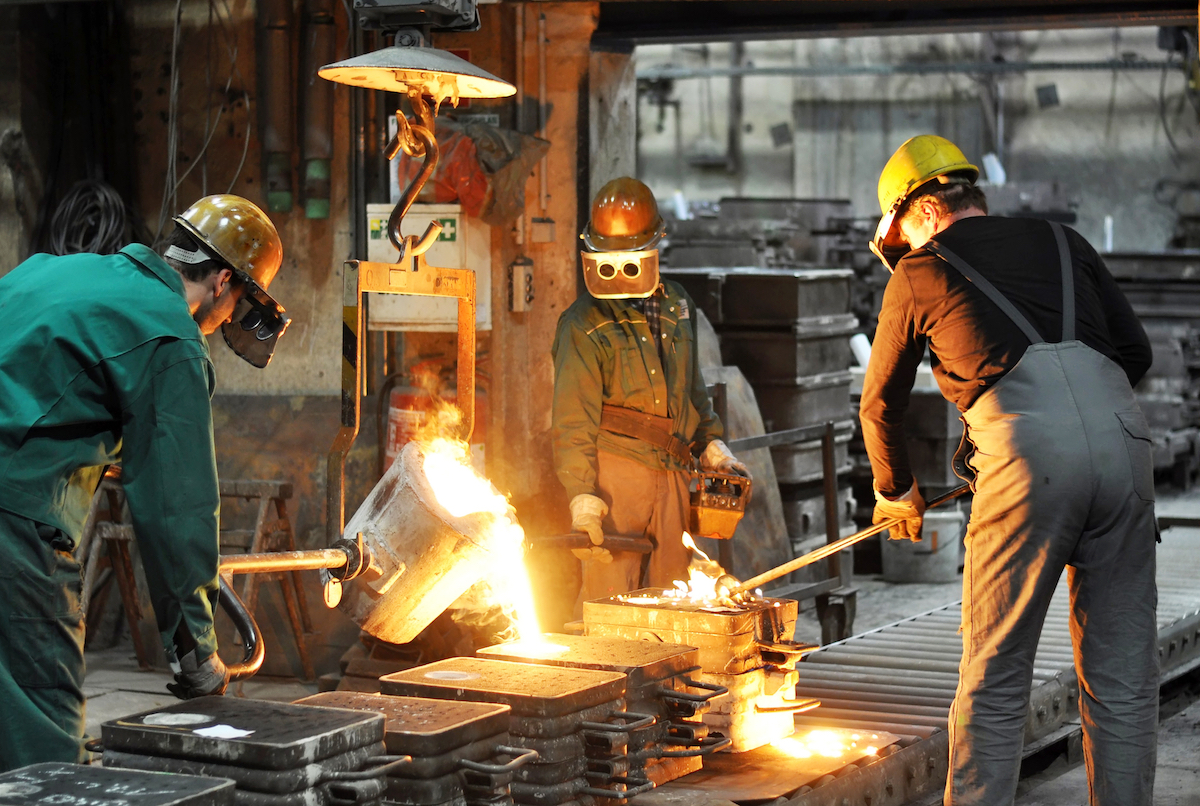 Iron and steel workers often work at great heights to install and reinforce complicated infrastructure, and usually require harnesses for these projects. Falls, slips, and trips are thereby likely to occur when proper safety protocol is not followed. 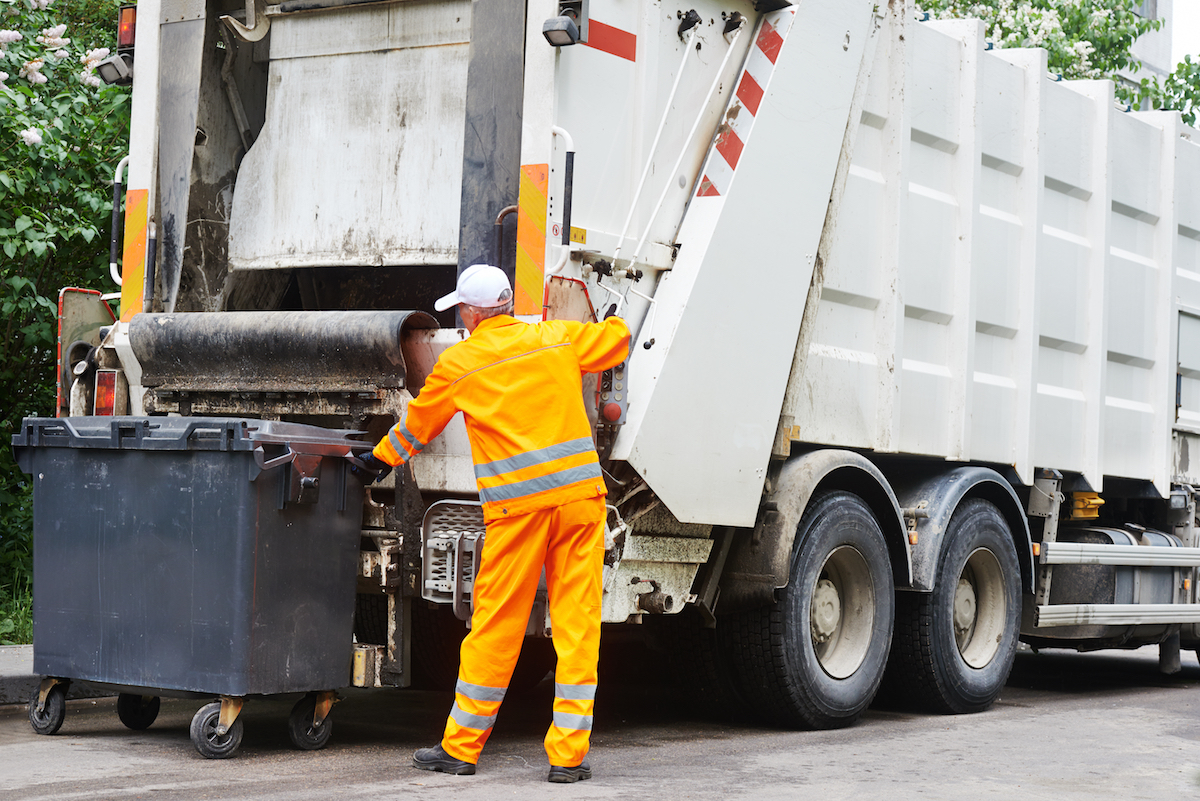 The workers collecting our refuse in the wee hours commit to more dangerous work than one might suspect. Like truck drivers and other workers operating with heavy transportation vehicles, trash collectors are often at risk of increased transportation accidents. 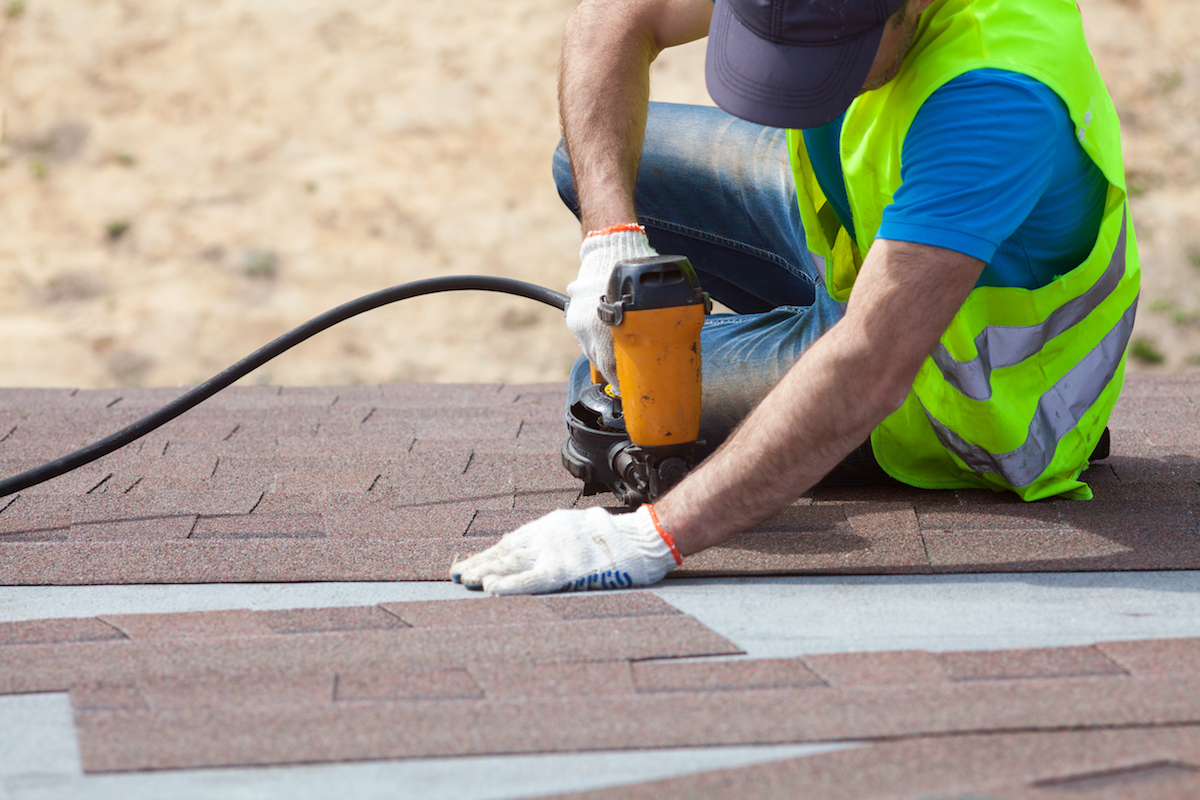 Those who work extensively on home building and repair inherently put themselves at risk. Perhaps unsurprisingly, falls, slips, and trips constitute the most common types of fatal injuries for this occupation. 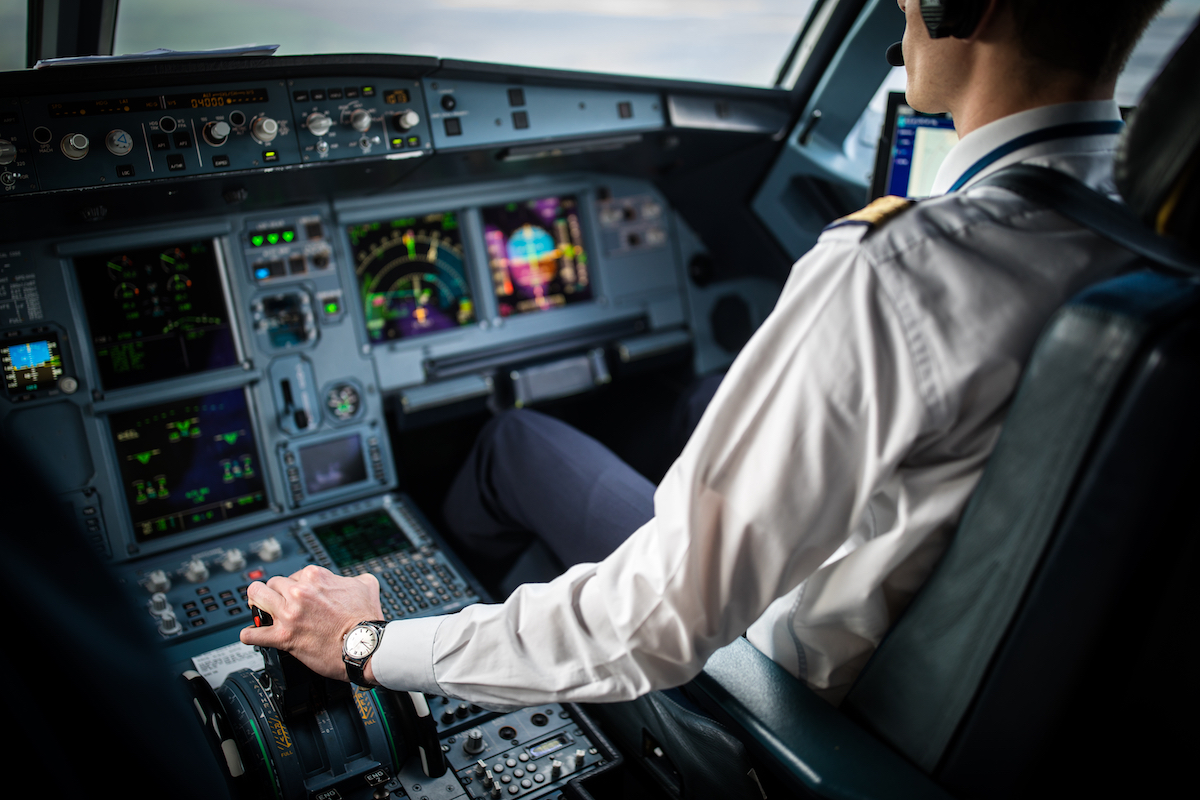 The typical salary for aircraft pilots and flight engineers is significantly higher than that of any other profession on this list. However, these workers are also required to complete far more extensive education and training in order to gain employment. Whether they are commercial pilots or aircraft engineers, these navigators of the sky are at a high risk for transportation incidents. 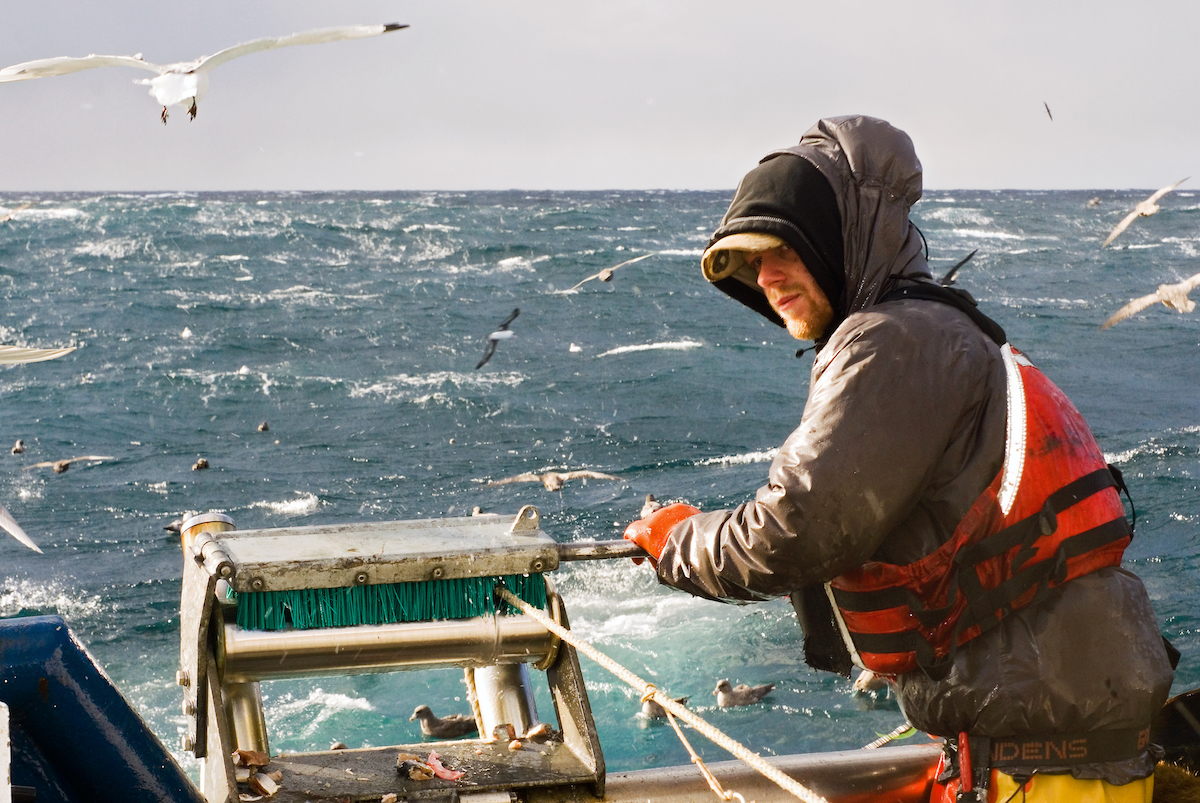 Members of these maritime professions are no strangers to potential harm, given the variable climate and weather conditions they might face. Commercial fishers see the second highest fatality rates on the clock due to transportation incidents. They also collect, on average, the third lowest annual wage on this list, at $31,190—but since income is often largely determined by fish yield, this number is often in flux. 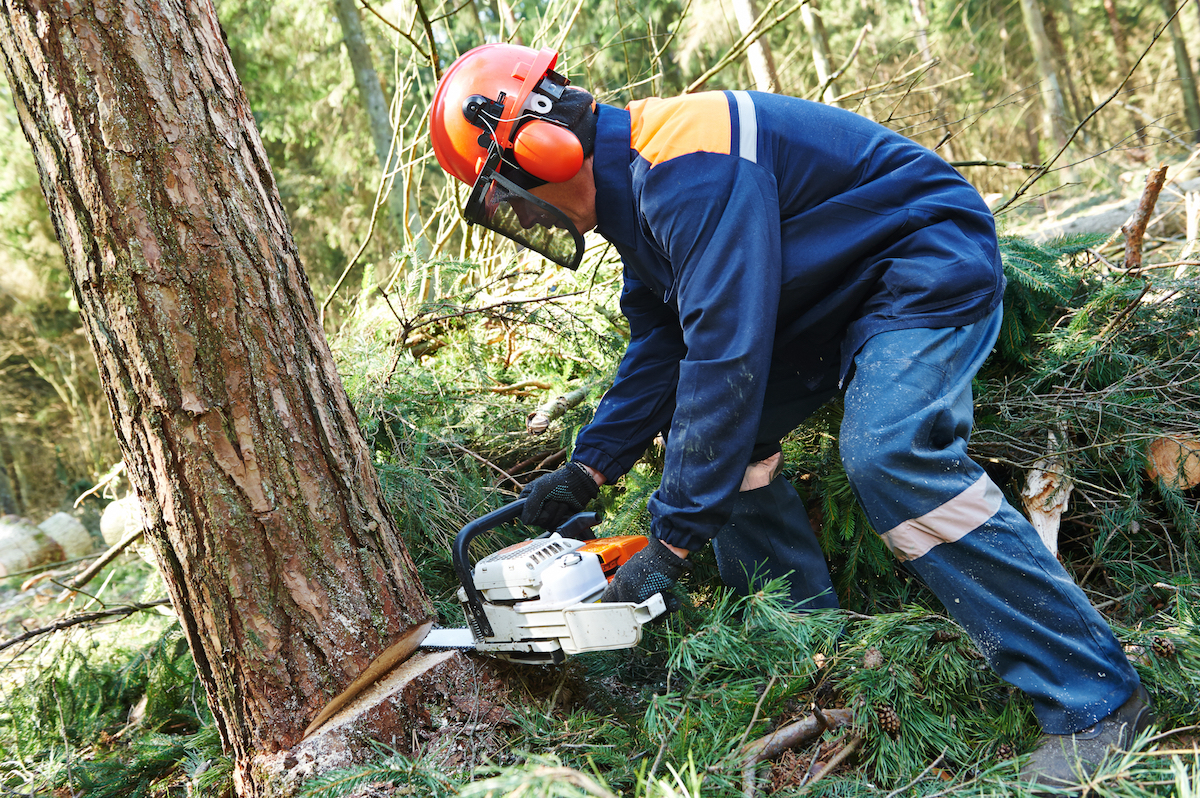 Loggers have by far the highest fatal injury rate of any other occupation, with nearly 100 on-the-job fatalities in 2016. Working with hazardous power tools and heavy equipment pose their own threats (as evidenced by the most common cause of fatal injury), but transportation incidents occur with some frequency as well. This is also the only occupation listed here wherein contact with objects and equipment is the most prevalent fatal injury. With a fatal injury rate that’s 38 times higher than the national average, logging more than earns the top spot—for now—as America’s most dangerous occupation.